A trip on the Madeline Island Ferry 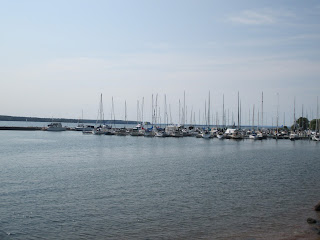 In Bayfield, we went down to the harbor and walked around the town a little bit.  It's a cute picturesque town right on Lake Superior.  Summer months are quite touristy and it's easy to understand why.  Since we were on vacation, we took the ferry over to Madeline Island.  Madeline Island is the biggest of the Apostle Islands, and the only one with year-round residents.  It is not part of the Apostle Islands National Lakeshore. 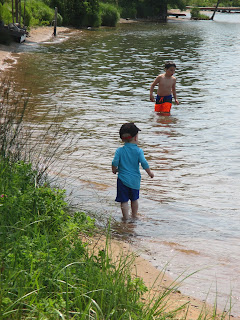 On Madeline Island we walked around a little bit, swung by the museum, then ended up at Joni's Beach.  We played at the beach for several hours. The water is beautifully clear.  My wife thought it looked like we were at the ocean, but since it didn't have the stench of saltwater it was even better than the ocean!  The kids threw rocks into the water until they were tired of throwing rocks.  They usually can throw rocks in for a long long time, so they threw a whole lot of rocks.  I was hoping we'd find a Lake Superior agate, but it was not to be.  Many of them have been collected over time, I would imagine especially here on the Apostle Islands area of Lake Superior. 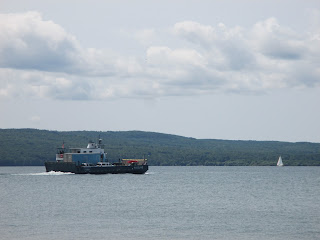 A picnic and more time on the island, and then the kids were tired, so we walked back down to the harbor and waited for the ferry to come and take us back to the mainland.  The rates for the ferry weren't that bad, as long as you were planning to walk once you got to the island.  They were $13.50 for adults, and $7 for kids, but once you added a car a trip to the island could add up a little bit.  Cars, bicycles, and people are all charged individually. 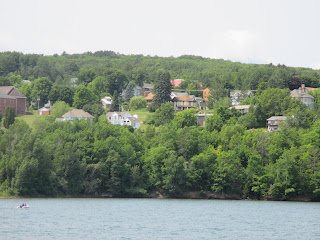 Bayfield from out in the bay is sure pretty!