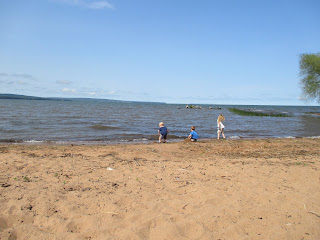 We finally made it to Lake Superior.  The kids were so excited to be there that they refused to be restrained to car seats, so we stopped at Maslowski Beach in Ashland so they could play in the sand. It's been over 12 years since I was in Ashland, but since I was there for a few months over the winter, I never took the chance to walk along the beach.  The kids had a great time finding driftwood, seagull feathers, mussel shells, and other treasures intermingled in the sand.  They made sand castles, dug a few holes, and waded in the water up to their knees.  Lake Superior.  Now that we made it, we could finally slow down for a while and relax in the north woods. 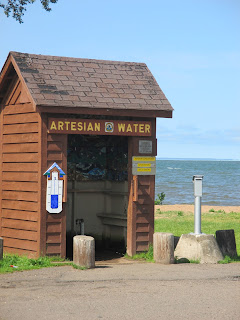 We brought our water bottles over to the small artesian spring located there on the beach.  Regrettably, the State of Wisconsin had a posting indicating that they were planning on shutting it down unless funds were raised to bring the well casing up higher to avoid all possible chance of contamination.  The water was cold and delicious.  I hope they've been able to keep the well uncapped. 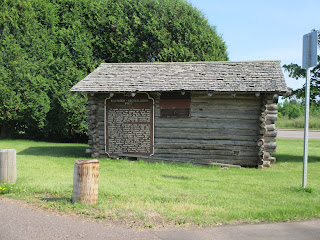 The west end of the park had a small wooden cabin to commemorate the first traders in the area, way back in 1659.  Interestingly enough, the traders had a hand in the establishment of the Hudson Bay Company, which became famous for its fur traders. 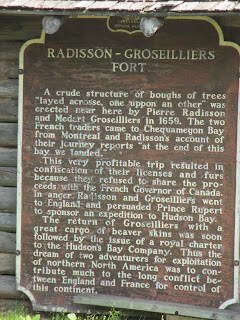