The Dinosaur Museum at WWCC

As we drove back to Colorado, we planned a stop to see the dinosaur museum at Western Wyoming Community College in Rock Springs. The Natural History Museum exhibits are scattered throughout the main campus building. The main attraction would have to be the T-Rex skeleton. The pamphlet says it is one of six in the U.S. 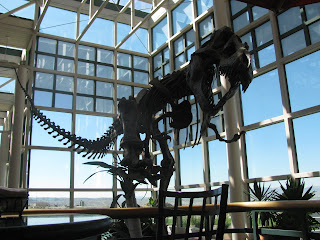 The stegosaurus was pretty cool. Some of the tail spikes seemed bigger than the head. 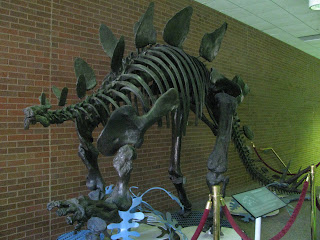 The triceratops was pretty sweet too. It was huge! 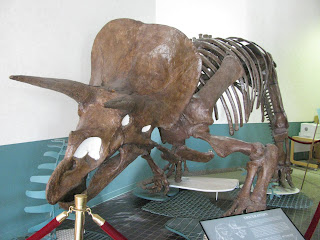 There is also the fossil of a xiphactinus audax- a huge fish. It is one of only a few complete skeletons found. 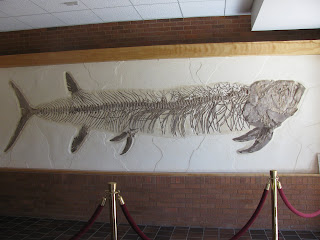 There were dinosaur eggs from China, and several other fossils and exhibits. 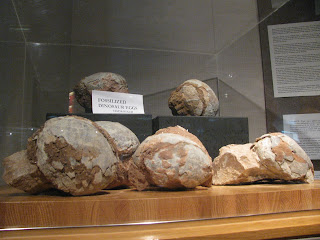 Another museum on the campus is the Weidner Wildlife Museum. We got lucky and arrived when it was still open. It's not open as much as the natural history museum (see hours below). 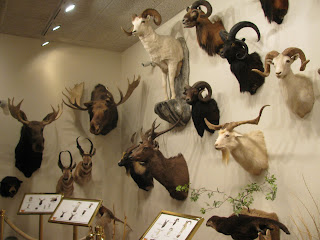 There were numerous stuffed heads of animals from around the world. Many were North American big game. 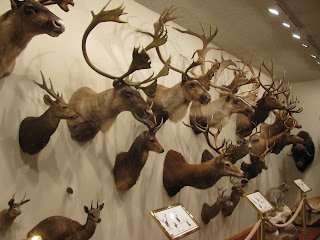 There were also African animals. 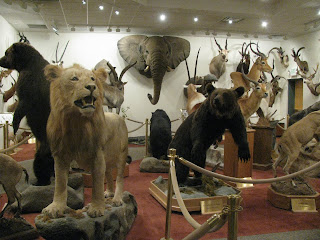 There was also a unique species called a Jackalope. It's a taxidermic hybrid (made only through taxidermy, it's kindof like in-vitro fertilization, but the parents both give their lives and the offspring is non-viable) between a male deer and a female jackrabbit. 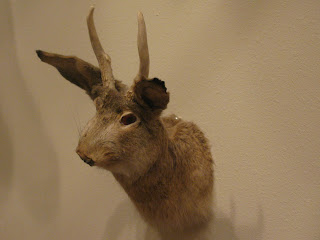 Nearest City: Rock Springs, WY
GPS Coordinates:N 41° 35.520 W 109° 14.225
Time Needed: 1 hour
Difficulty: Easy
Kid Friendly: Yes
Hours: The natural history museum is open every day from 9 AM to 10 PM. The wildlife museum is open Monday and Wednesday from 10 AM to 1 PM and Tuesday and Thursday from 1 PM to 4 PM.
Additional Info: The fossils are located in the main building at Western Wyoming Community College. Exit I-80 at College Drive (exit #103), then head south and take the 2nd turnoff into the college. Park in the main parking lot, then walk inside.
Posted by Ben at 10:52 AM

Email ThisBlogThis!Share to TwitterShare to FacebookShare to Pinterest
Labels: Black Hills Roadtrip, Free, Museums, Stops along I-80 in Wyoming, Wyoming