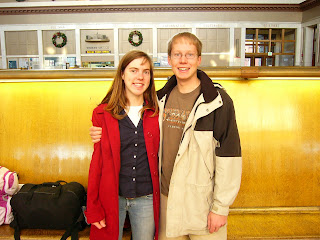 Christmas this year was a little different for us. We decided to take the train to Utah instead of flying or driving. We thought it would be a fun experience- after all, who takes the train?!! 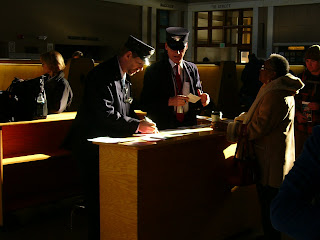 The train was scheduled to depart at 8 in the morning, but was running behind schedule- giving us a few hours in the Denver train station. We snapped this picture when the conductors started giving out boarding passes. (It looks much better larger) 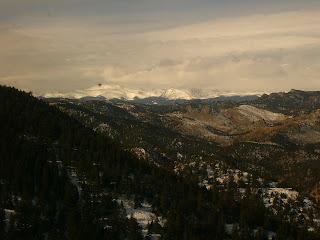 Finally we left! The train we rode on (The California Zephyr) crosses the Rocky Mountains from Denver to Salt Lake City and beyond. We were amazed that the steepest grade was only 2%. That's two feet gained in elevation for every 100 feet it moves horizontally. Amazing! We also went through several tunnels- the longest being 6.2 miles long that also passed under the continental divide. 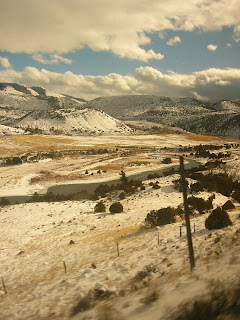 The scenery was amazing- we thoroughly enjoyed traveling a different way and being able to pay attention to something other than the road. 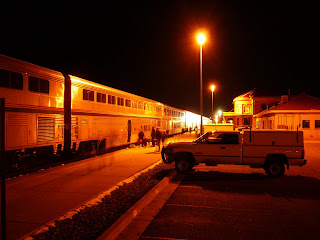 Because of the late start, it was dark by the time we got to Grand Junction, our last stop in Colorado. We ended up getting in to Salt Lake at about 2 in the morning. 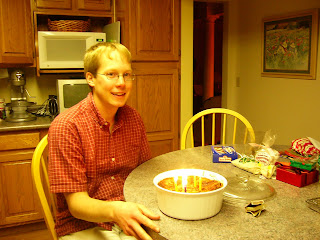 Happy Birthday to Ben! He had his birthday while we were gone. Now I call him Old Man Davis. 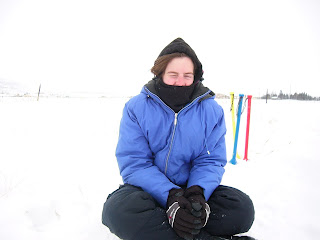 We spent a few days with Ben's family. We went sledding- even though the wind and temperature made it feel really cold. 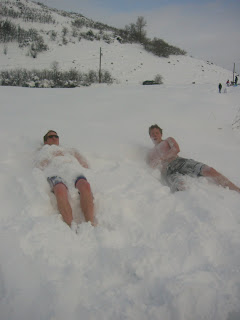 The day after Christmas we visited the hot springs in Midway with Ben's family. They're one of our favorite places. A few changes and a lot of cleaning up had happened since the last time we were there. Ben and his brother Isaac jumped out of the springs and rolled in the snow. They're crazy! It really isn't bad if you do it quickly and have already been soaking for a while. 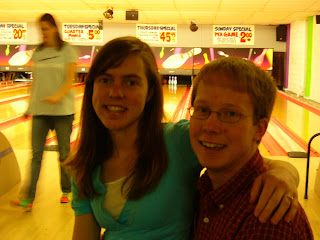 One of the things we did with Ashley's family was go bowling. We had a good time, even though we're not going to go pro anytime soon. Ben beat us all! 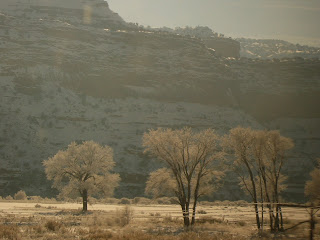 We caught the train back to Colorado on New Years Eve. The trip seemed quicker this time, and the scenery was still beautiful. We saw a few elk, tons of deer, and some coyotes, and enjoyed this ride better than the first one. 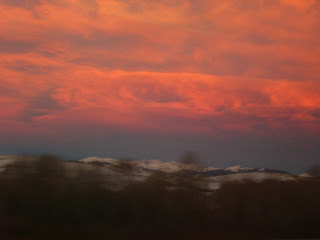 All in all we had a good time. We'd be glad to give a more detailed report to anyone who asks.
Nearest City:
GPS Coordinates:
Time Needed: 18 hours
Difficulty:
Kid Friendly:
Additional Info:
Posted by Ben at 2:30 PM