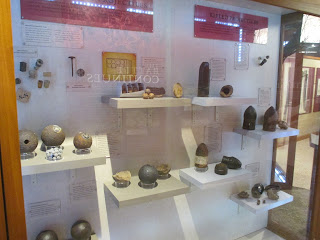 After our visit to Pea Ridge, we drove south and west to Prairie Grove to visit another Civil War battlefield.  Prairie Grove wasn't as large or as notable of a battle as Pea Ridge, but it was still a large battle and has been preserved as an Arkansas State Park.  Prairie Grove was the last major Civil War battlefield in Northwest Arkansas.  The museum provided a great overview of the battlefield, and is a good place to start your visit.  One of the points I picked up at the museum was the way that the infantry, cavalry, and artillery should support each other in a battle, and that having them coordinated and working together leads to success.  When one of the elements is missing, it exposes a vulnerability that can lead to defeat if the other side exploits it. 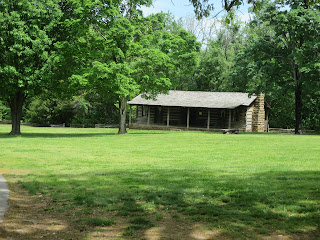 There's a small village of historic buildings at Prairie Grove.  Most of them are closed, but by signing up for a tour, one can go and walk through many of them.  We walked around a few of them as we did our walking tour of the battlefield.   The battle was initiated when the Unions divided their force and extended their lines, creating an opportunity for the Confederates to attach one of the forces and perhaps wipe them out.  The battle was going poorly for the Union until the other force arrived later in the day, crossed a ford, and began to press the Confederates back. 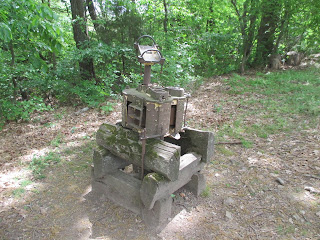 This sorghum press was used to press the juice out of sorghum, which was then boiled down to create molasses. 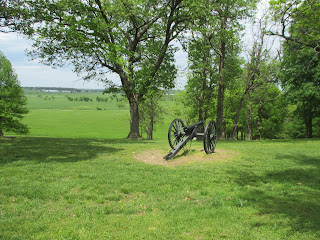