Nothing to see at the Lehner Mammoth-Kill Site 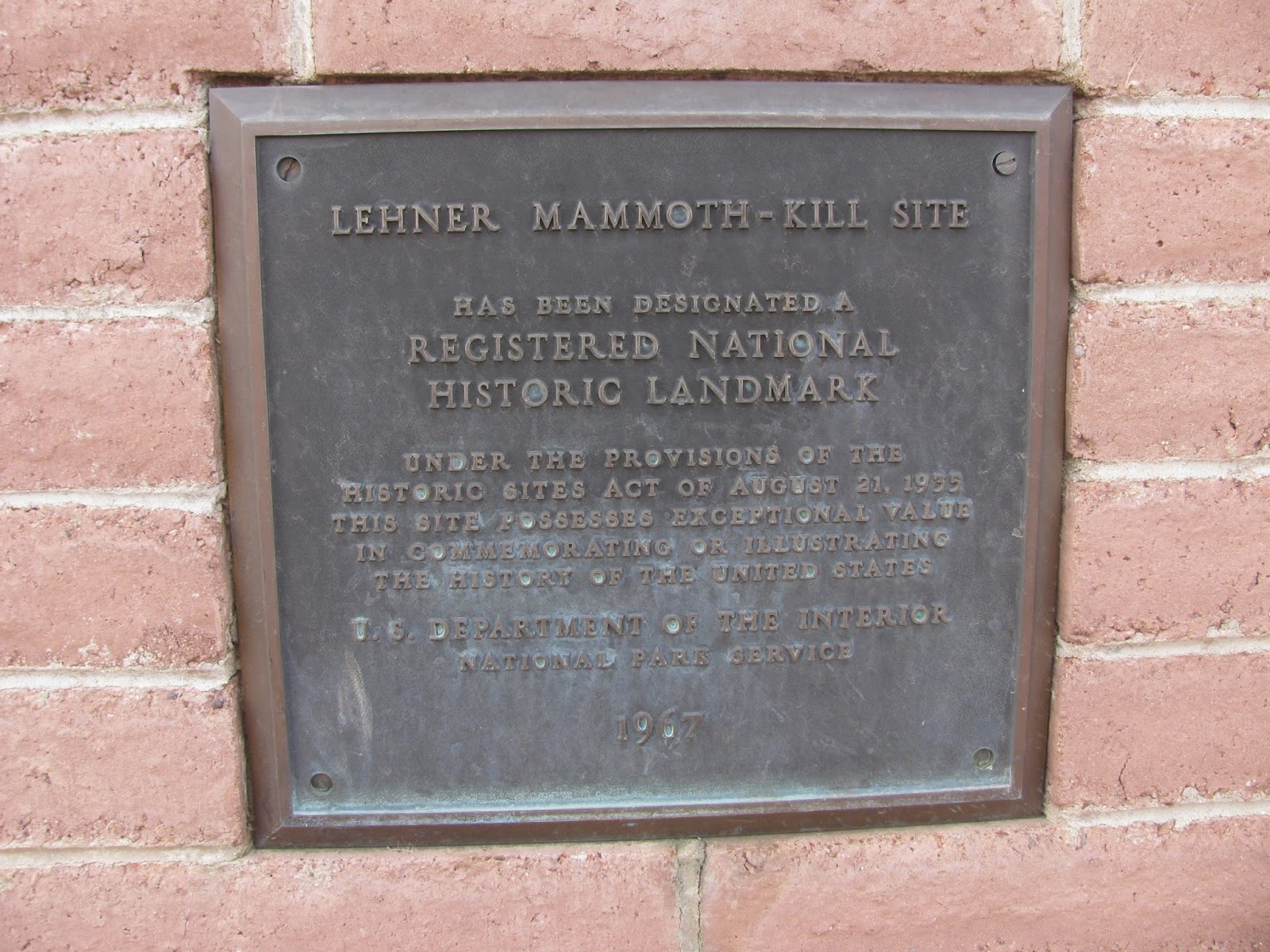 The Lehner Mammoth-Kill Site is another random interesting spot in the San Pedro Valley near Sierra Vista.  It is one of two fairly publicized mammoth kill sites near the San Pedro River, the other being the Murray Springs Mammoth Kill Site﻿ which we visited when we first moved to Arizona.  I'd heard the Lehner site mentioned a time or two so decided to track it down.  We took off one late Saturday afternoon and drove down to Palominas to see what was there.
﻿ 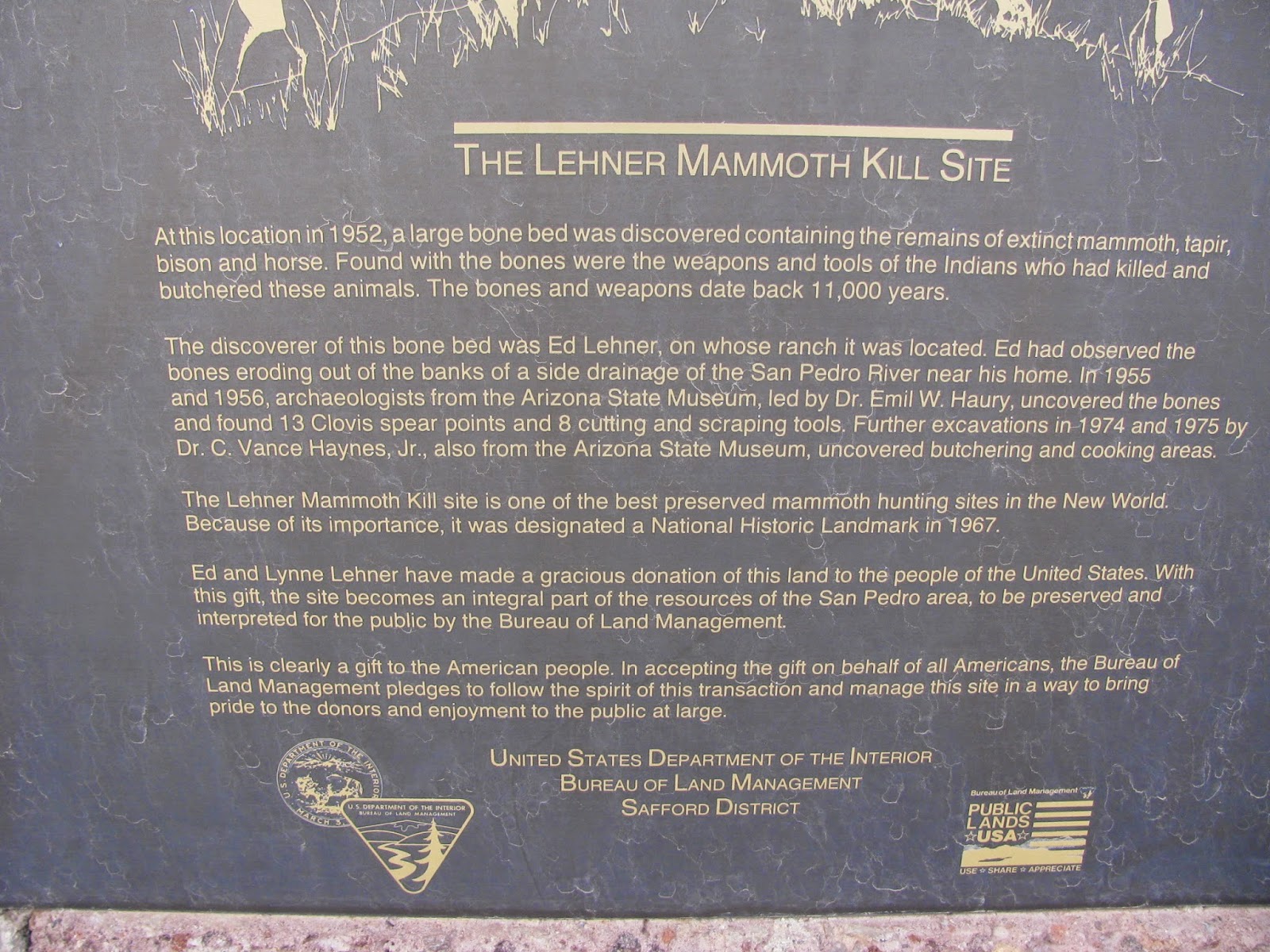 The site was discovered in 1952 by a rancher, Ed Lehner, on his ranch.  He first noticed several large bones eroding out of the side of a wash near his home.  He called up the archeologists at the Arizona State Museum and they came out and had several excavations at the site.  They found mammoth, bison, horse, and tapir bones, as well as several Clovis points and scrapers.  The site was one of the best preserved mammoth kill sites ever discovered.  The site was added to the National Register of Historic Places in 1967, and the land was later donated to become part of the San Pedro Riparian Area. 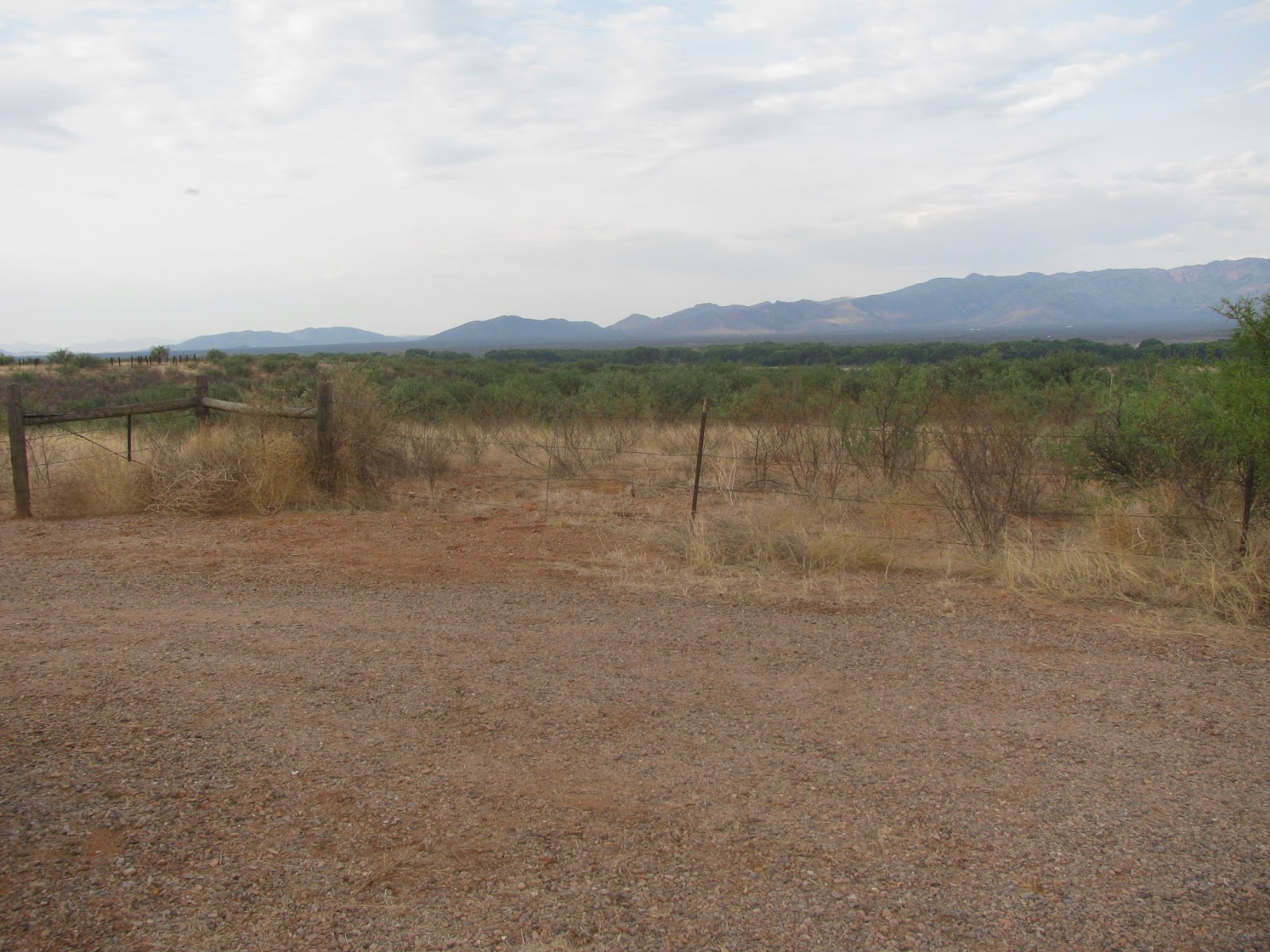 Unfortunately, all that remains at the site is two small signs indicating that something important once happened there.  There are no cool fossils to see nor Clovis points to observe.  There aren't even any replicas of the bones.  It's all been carted away and if it's not on display at a museum, it's collecting dust in some filing cabinet.

Nearest City: Palominas, AZ
Location: Take either Hereford Road or Highway 92 to Palominas Road, from Palominas Road, turn east on Lehner Road.  The small monument will be on the north side of the road in 1/4 mile.
Time Needed: 10 minutes
Difficulty: easy
Kid Friendly: not really (boring)
Additional Info:
Posted by Ben at 8:23 PM