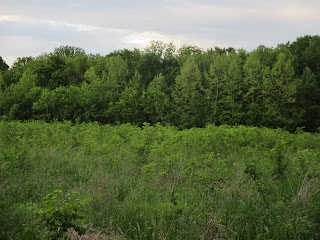 In mid-May we took an overnight trip to Adam-ondi-ahman.  Friday after work, we drove up to the Holmes Bend Access near Gallatin, Missouri.  Missouri has a fantastic network of conservation areas, some of which have primitive camping areas.  We put this one to use, since it seemed to be the closest camping area to Adam-ondi-ahman.  As I was pitching our tent and getting camp set up, one of the kids found a night crawler.  He ran around excited about the big worm until it started crawling up his sleeve, at which point he panicked.  We carefully extracted the worm from his sleeve and he was more than willing to let it go crawl back with its family.  After I finished preparing our campsite, we walked over to a nearby marshy pond to look for frogs.  We saw a few but didn't catch any.  We then walked down the dirt road to look at the river access.  While we were walking back, there started to be small flashes of light in the bushes and undergrowth.  Fireflies!  It was finally warm enough for them to come out!  We watched the fireflies as they flickered in the darkening twilight then crawled in our tent to sleep. 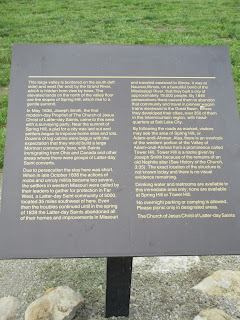 In the morning, we went to Adam-ondi-ahman, a Mormon history site  nearby. 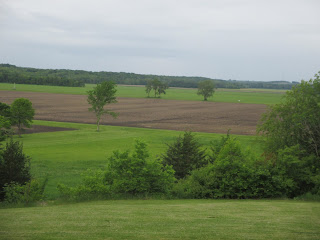 It's a quiet mixture of fields and woodlands.  It's a spot where "Three years before he died, Adam called his righteous posterity into this valley and bestowed on them his last blessing (D&C 107:53–56). In 1838 Adam-ondi-Ahman was the location of a settlement of between 500 and 1,000 Latter-day Saints. The Saints abandoned this settlement when they were expelled from Missouri. Before Christ’s Second Coming in glory, Adam and his righteous posterity, which includes Saints of all dispensations, will again assemble in this valley to meet with the Savior (Dan. 7:9–10, 13–14; D&C 27; 107:53–57; 116)." 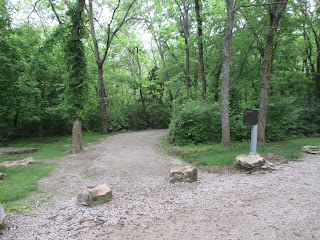 We went for a short walk and drove around the area as well.  There's really not much to see other than a few overlooks and a spot or two to get out and walk.