The Temple Site at Far West 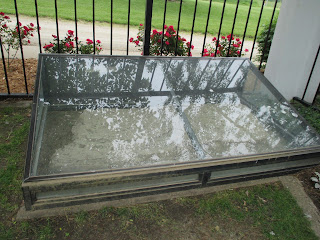 We grouped Far West onto our trip to Adam-ondi-ahman, since they're about 30 miles away from each other.  Far West was definitely more crowded with visitors.  It used to be a Mormon community, but now it's a historic site on one side of the highway, and a white church on the other side.   In it's peak in 1838-9, just under 5,000 people lived in Far West.  For a time, The Church of Jesus Christ of Latter-Day Saints had its headquarters at Far West, but conflict led to the church relocating to Nauvoo, Illinois. 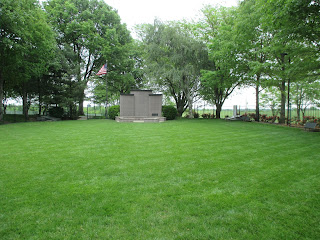 The most interesting remainder at Far West is the Temple Lot.  The site was dedicated for a temple in 1838, and the cornerstones were laid, but the temple was never completed.  The four cornerstones are still in place.  There's also a stone monument etched with several revelations received by Joseph Smith at Far West: The name of the church, the restoration of the Law of Tithing, and a call to missionary work. 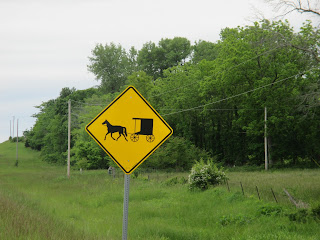 While we were there, we noticed a tick crawling around on one of the kids' heads.  Watch out in Missouri for ticks!  They are there!  There are also a few Amish settlements in the area.  Yellow road signs will remind you to be courteous of the horses and buggies.