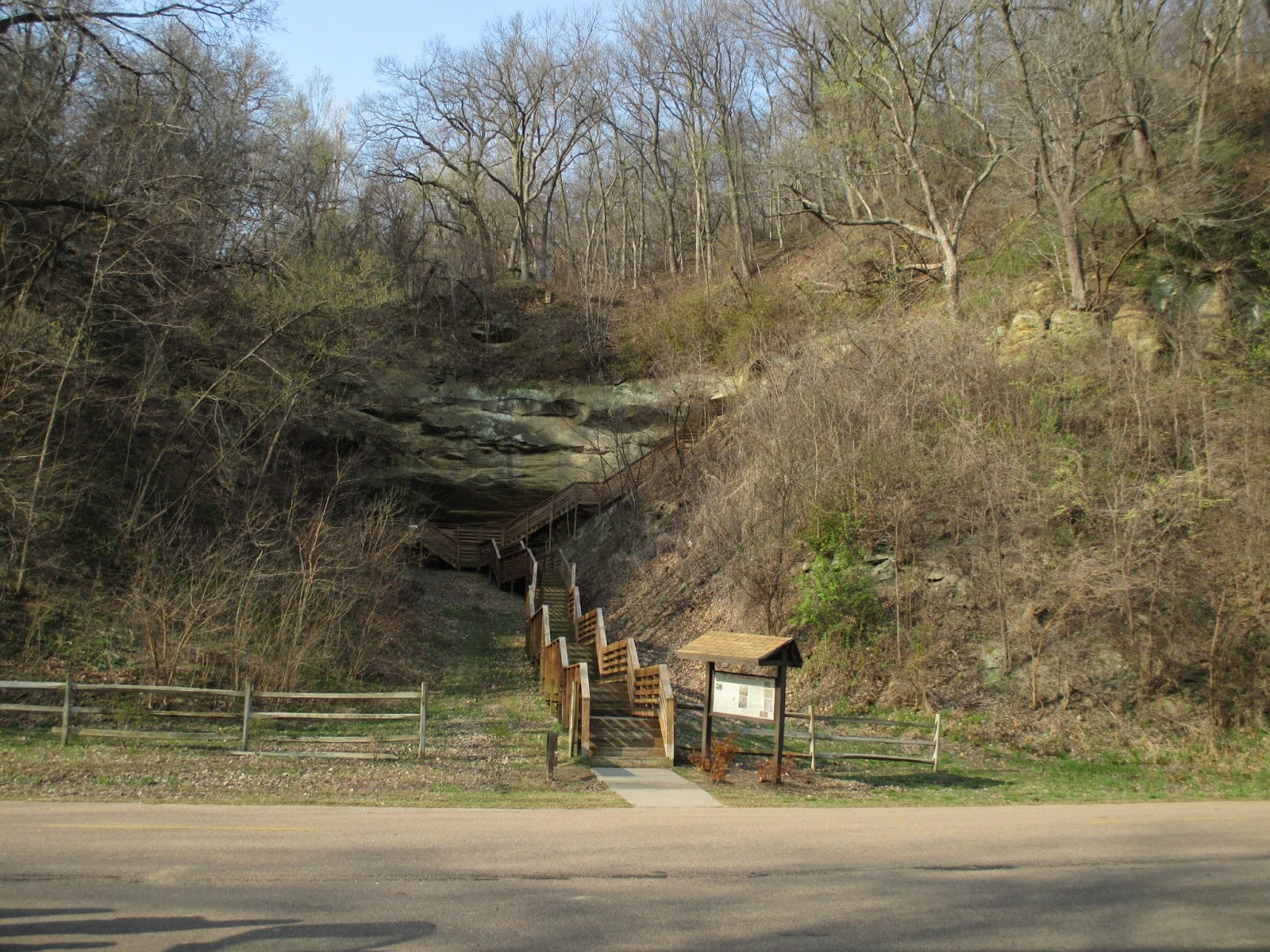 In early/mid April we took a weekend camping trip to Indian Cave State Park in Nebraska.  Why Indian Cave?  Why not!  I enjoyed the trip, but was slightly underwhelmed by it.  First off, there is no cave.  Secondly, I didn't see any Indians either.  But, there were some petroglyphs, so that made the visit worthwhile.  The alcove is located on the south end of the park, just off of the Missouri River.  We parked our car, wandered down to the river, then crossed the road and climbed the boardwalk to the alcove.  Most of the pictures you see will make you believe that you hike down to see the petroglyphs.  Not so!  You start at the bottom, then hike up. 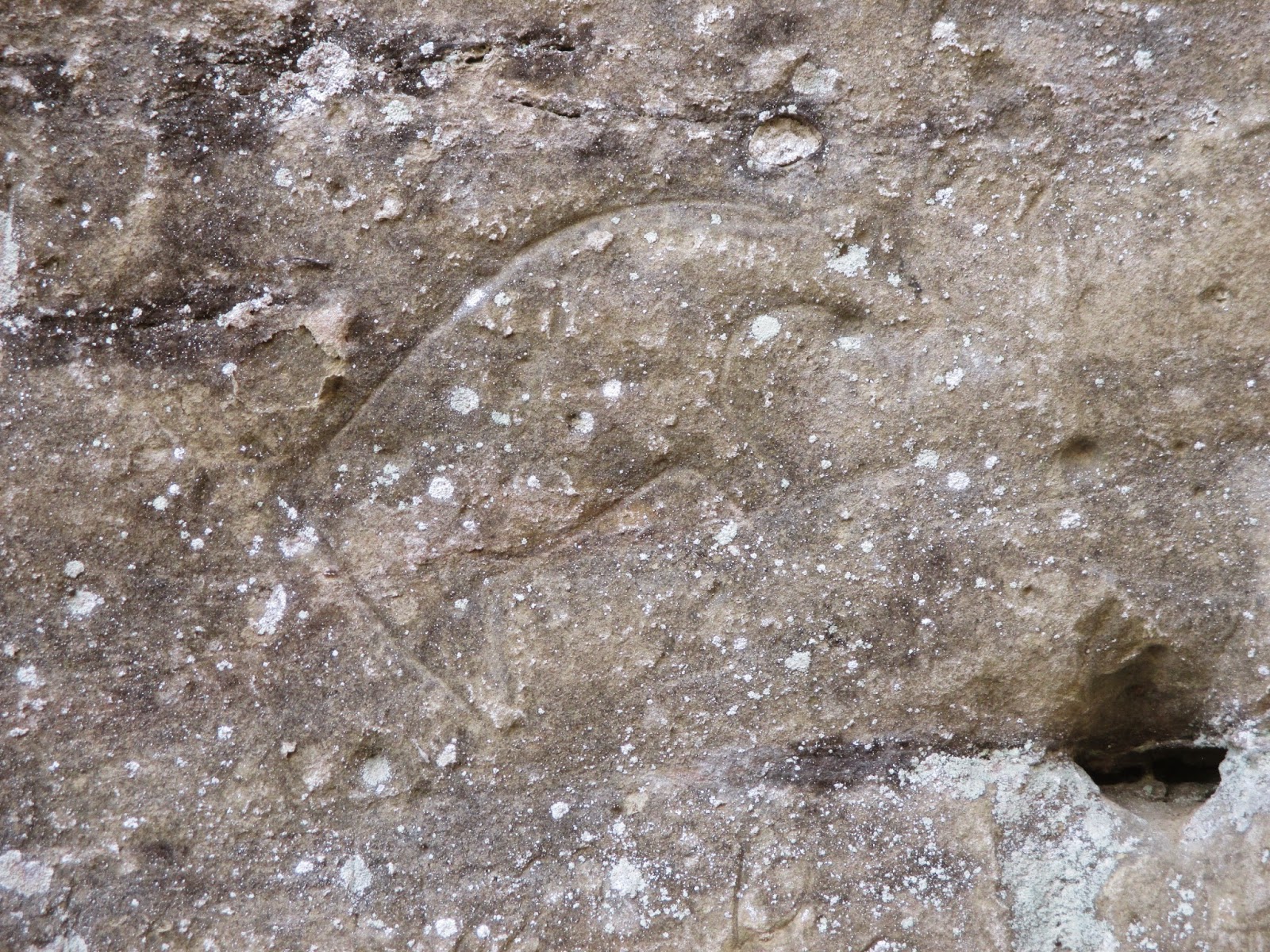 Here's one of the petroglyphs.  There are several that are readily visible, although they are surrounded by graffiti that's been inscribed more recently.  I could pick out 8-10 pretty easily, although a sign said there were 15 petroglyphs in the alcove.  One of the pictographs is a half fish/half man but it isn't visible from the boardwalk.  I would have liked to see it, but I can understand why they don't point it out just the same.  Most of the petroglyphs, like the one pictured above, were of buffalo. 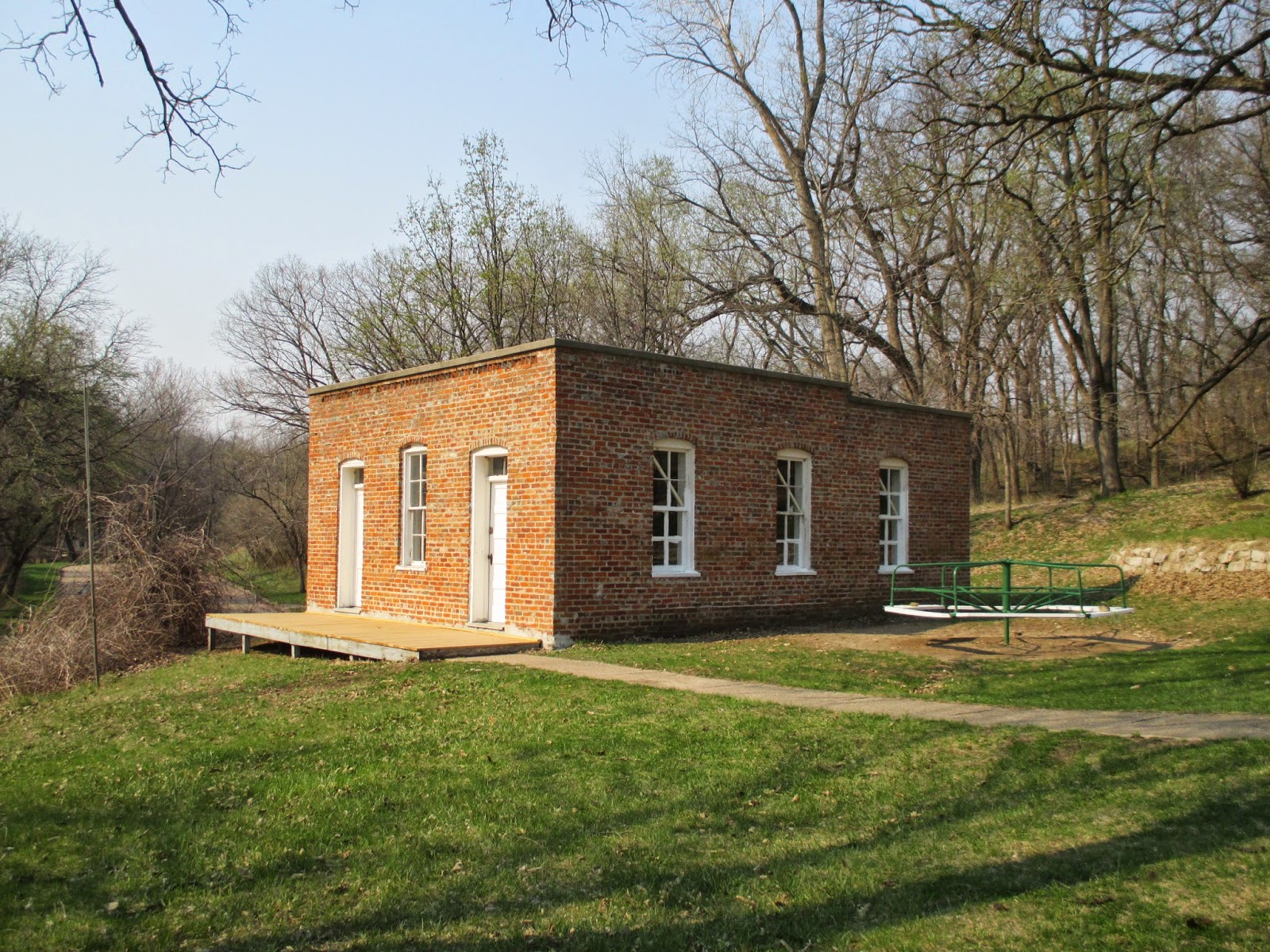 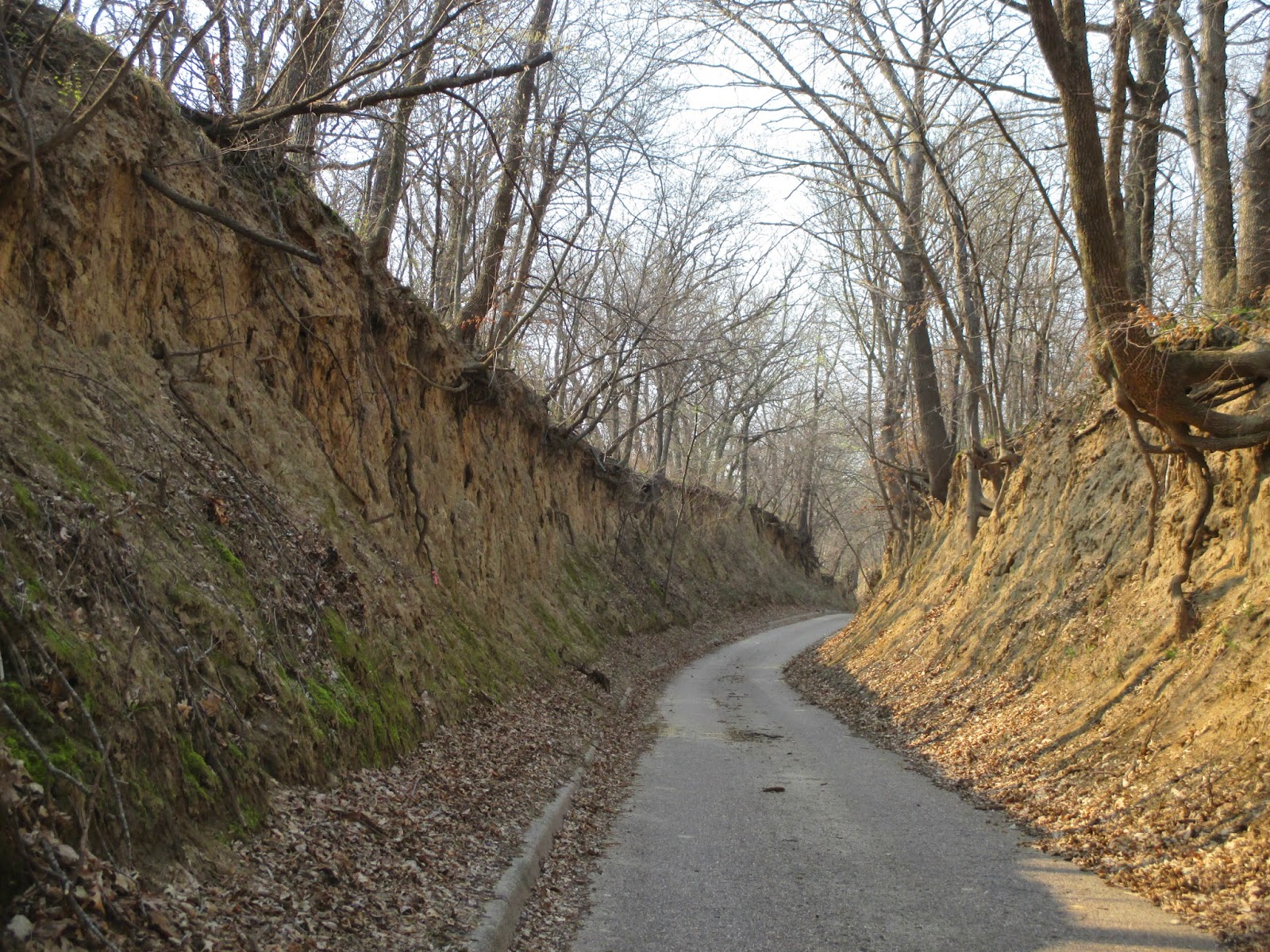 Some of the roads were pretty interesting.  I jokingly referred to this one as a Nebraska slot canyon.  It was incised so deeply into the hillside that the surrounding oak trees could have fallen over and still left room to drive underneath.  The park is 5 square miles along the Missouri River and has some beautiful views and a vast network of trails. One of the better viewpoints looked eastward into Missouri and over the river.  When Lewis and Clark were through here the river was 1 1/2 miles further east than it is today.  We enjoyed reading the signs and talked about how Lewis and Clark passed going both up the river and down the river.  The kids asked why it took so long for them to go up the river, but so short when they went down the river, so I had them walk from one side of a platform to the other with me pushing them in opposition, then walk back with me pushing them faster and faster.  I then compared it to the river pushing against you when you go up it, but pushing you faster when you go with it.

Overall we had a great weekend camping trip.  I think my impression of Indian Cave State Park would have been more favorable if more stops were open when we visited.  But, since half of the ghost town was closed, as well as the museum, it doesn't get my ringing endorsement.  Maybe you'll enjoy it more if you visit in summer.  I probably would have.