Winter Visit to the Battle of Mine Creek SHS 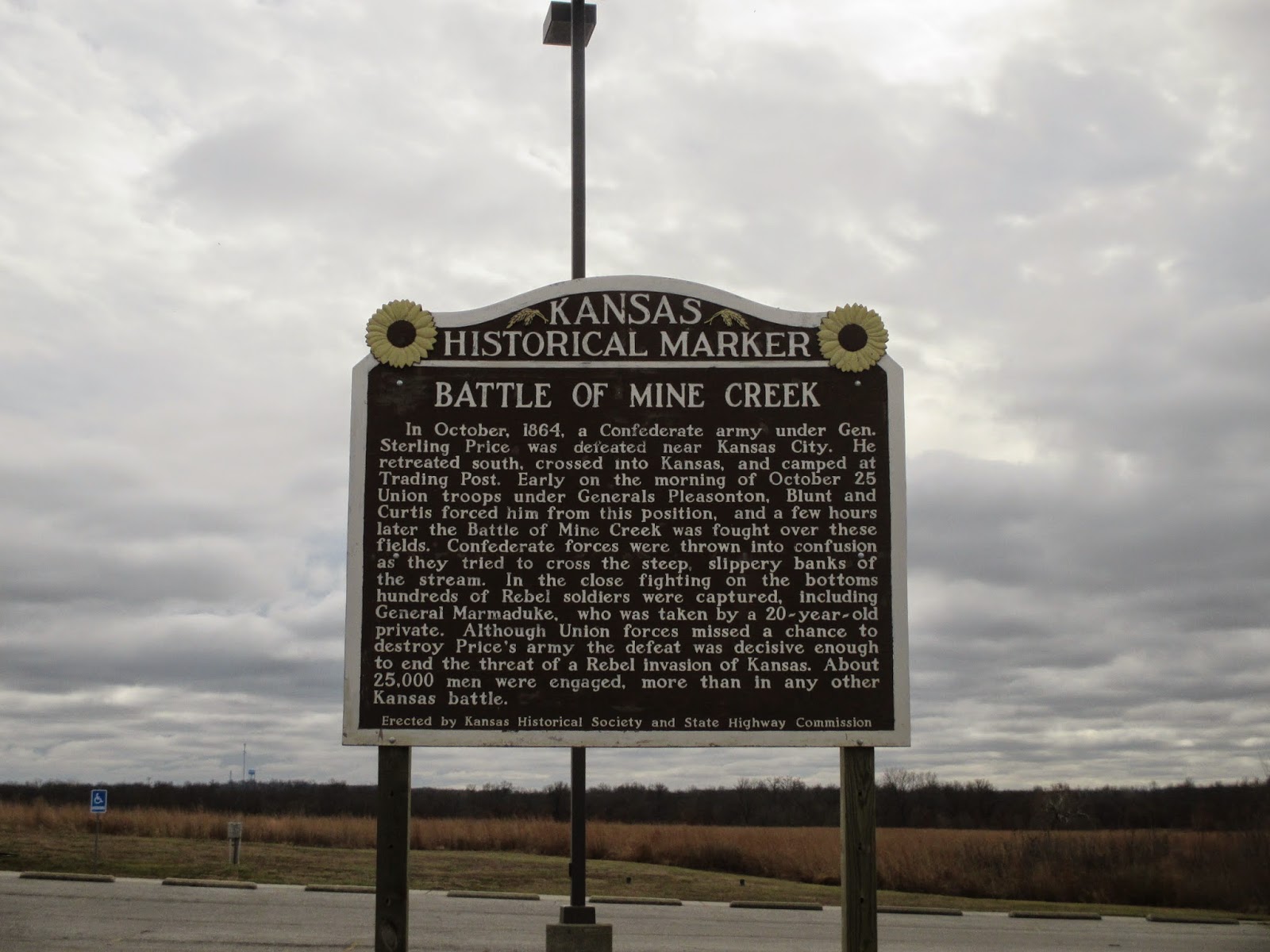 Our final stop of our Frontier Military Byway trip was at the Battle of Mine Creek State Historic Site.  I was really exited to stop by and learn about the Battle of Mine Creek, the largest battle of the Civil War fought in Kansas.  It was very apparent as we drove up mid-afternoon and saw the empty parking lot that maybe a visit wasn't in the works.  Sure enough, the visitor center is closed from November to March.  I definitely want to come back in warmer weather when the park is actually open.  I didn't let the closed visitor center completely curtail a visit.  I parked the car, then got out and read the few signs outside of the visitor center to learn a little more about the battle. 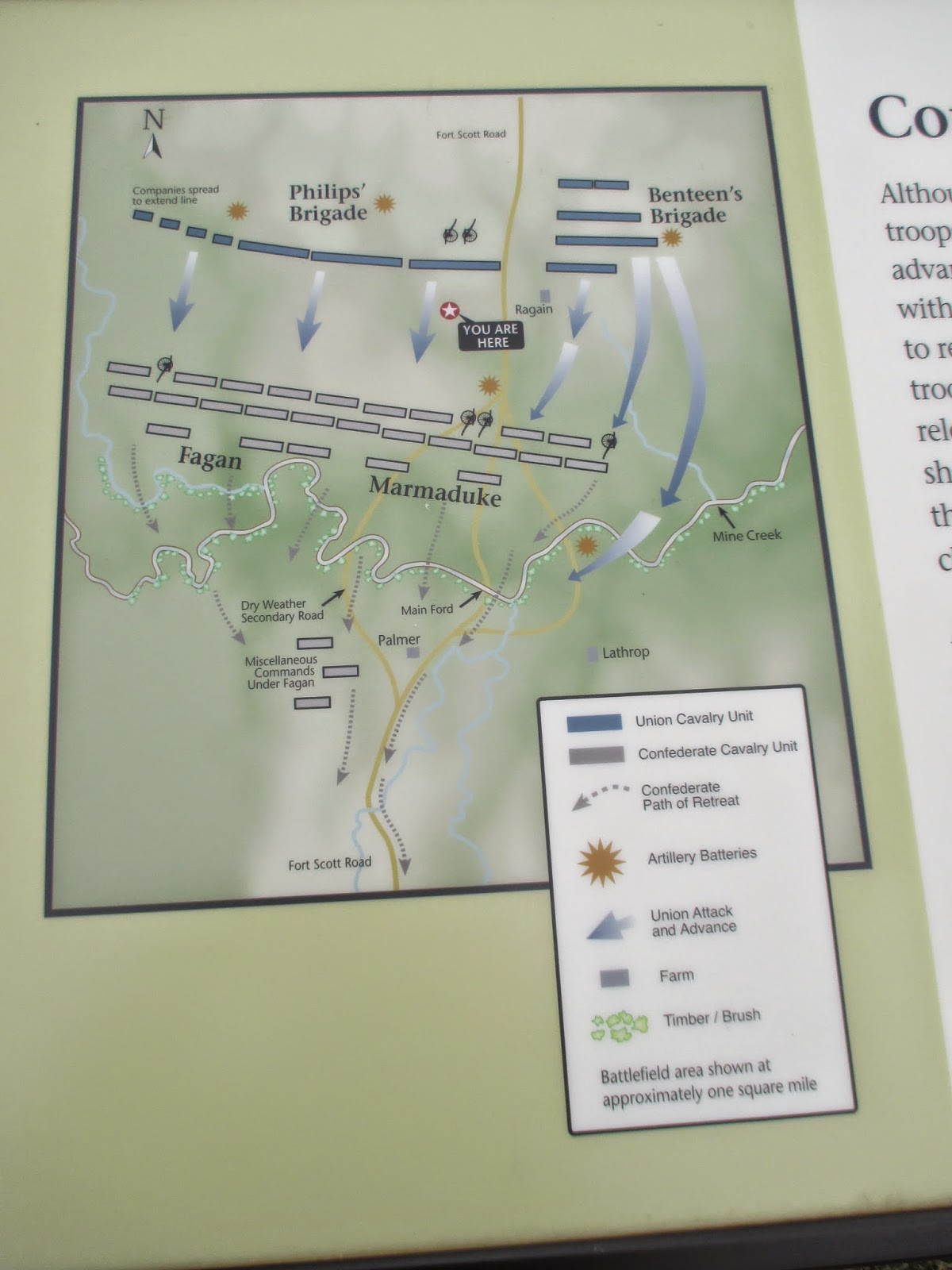 The signs were definitely interesting.  Apparently this was the largest cavalry battle of the Civil War.  It also is the biggest Civil War battlefield in Kansas.

The quick history of the Battle of Mine Creek is on October 25, 1864, just under 3000 Union troops attacked and defeated a Confederate force of about 8000.  It was part of Confederate General Sterling Price's Missouri Campaign to rekindle the Confederacy in Missouri.  The campaign was a failure, and the Battle of Mine Creek was the last major defeat that ended the campaign.  The weather was rainy, bogging down the Confederate's retreat, as they had numerous supply wagons.  The Union troops came upon them, then hastily charged.  More advanced weapons (revolvers and breech-loading carbines) gave the Union forces an advantage, as they carried the day.  Three points of distinction about the Battle of Mine Creek are that it was the largest cavalry battle of the Civil War, it's the largest Civil War battle fought in Kansas, and it's one of the very few instances in battle where a private, the lowest rank in the army,  has captured a general, one of the highest ranks. Private James Dunlavy received the Medal of Honor, the highest honor of the US Military, for doing so.

I was disappointed that the site is closed in the winter.  But, from the little bit of walking around and reading the signs that I did, it seems very worthwhile to visit when it's open.