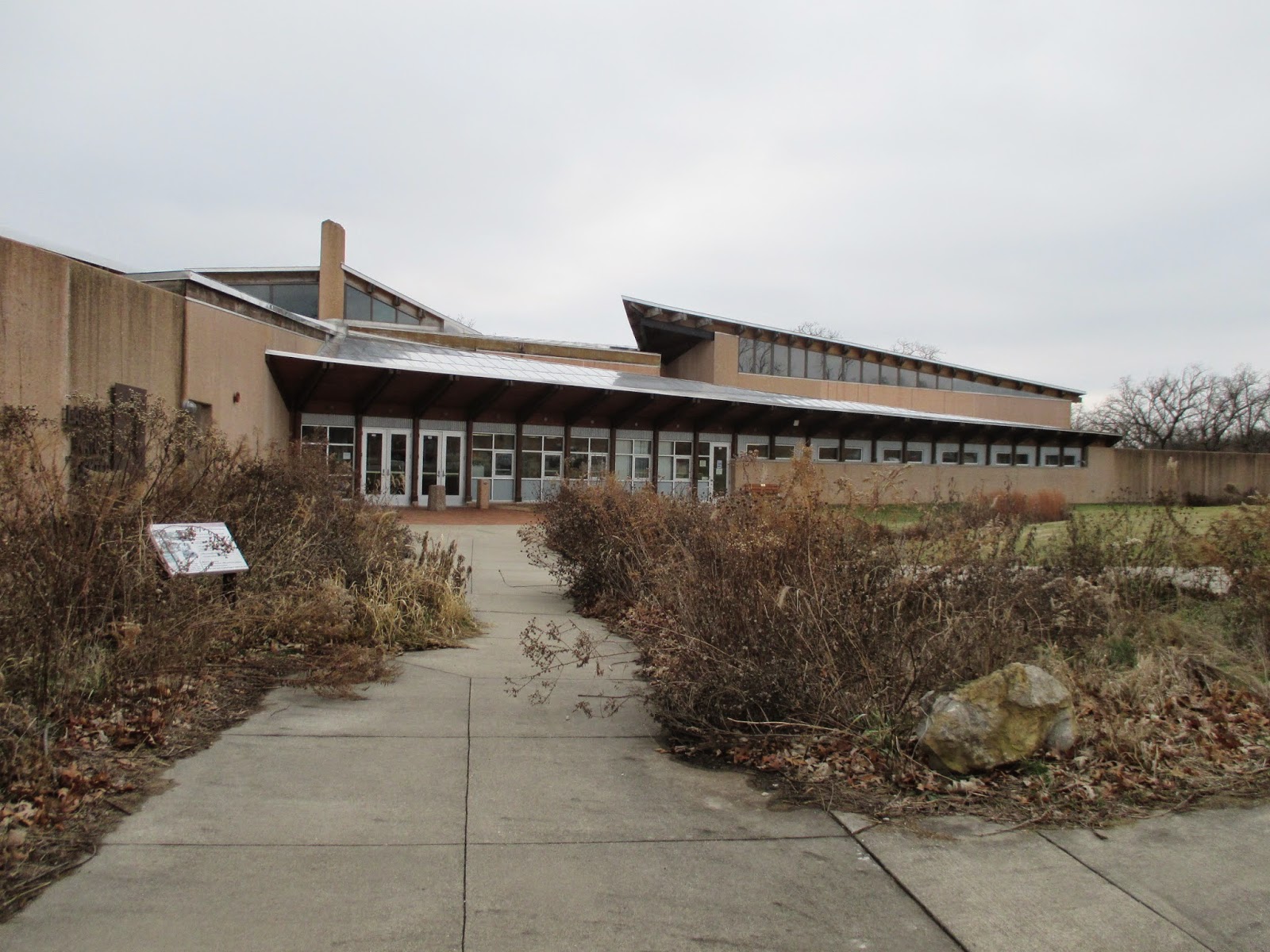 It seems like I'm always behind when it comes to blogging.  We visited the Lakeside Nature Center back in December, and I'm only getting around to blogging about it now.  We had a free Saturday, so went over to the Lakeside Nature Center.  We'd heard that it was a place that rehabbed injured wild animals and was a fun stop for kids.  So, we loaded everybody up and went over to Swope Park to see what was there.  ﻿ 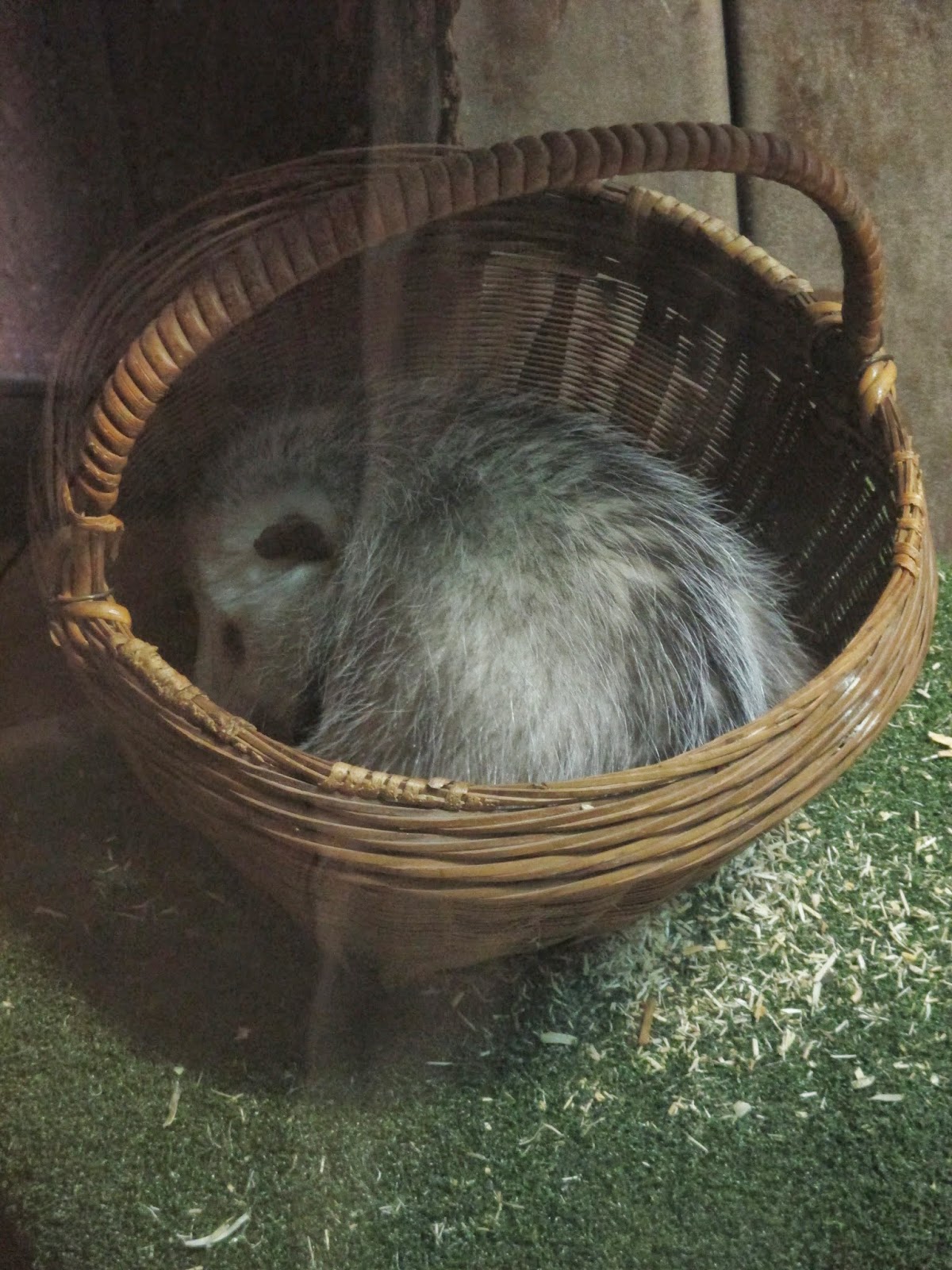 Swope Park is a huge natural area on the east side of Kansas City that has the zoo, a golf course, numerous hiking trails, some fishing ponds, and lots more.  It's also home to the Lakeside Nature Center.  We found our way there (Swope Park is BIG!), then went inside.  There were a few animals there to see, but really not as many as I expected.  Most of them had been hit by cars, or injured in some other way and were unable to fend for themselves in the wild.  The opossums were a favorite of the kids. 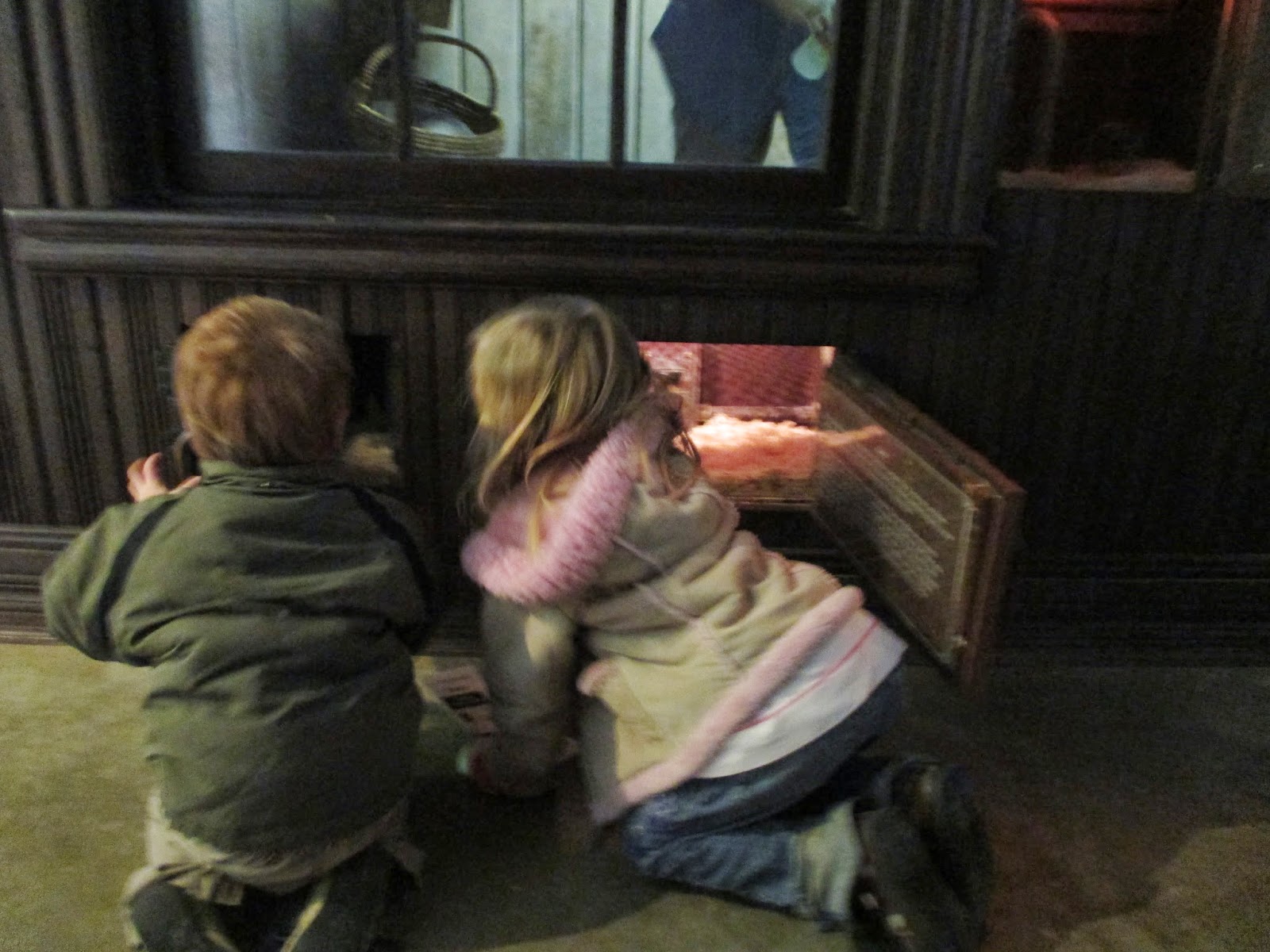 They also had mice, turtles, fish, snakes, squirrels, and a few other animals inside, with some large cages out back for eagles, hawks and owls.   We enjoyed looking at all of the animals, then looking at them some more.  After about half an hour, the kids saw a coloring table and went over to color pictures. 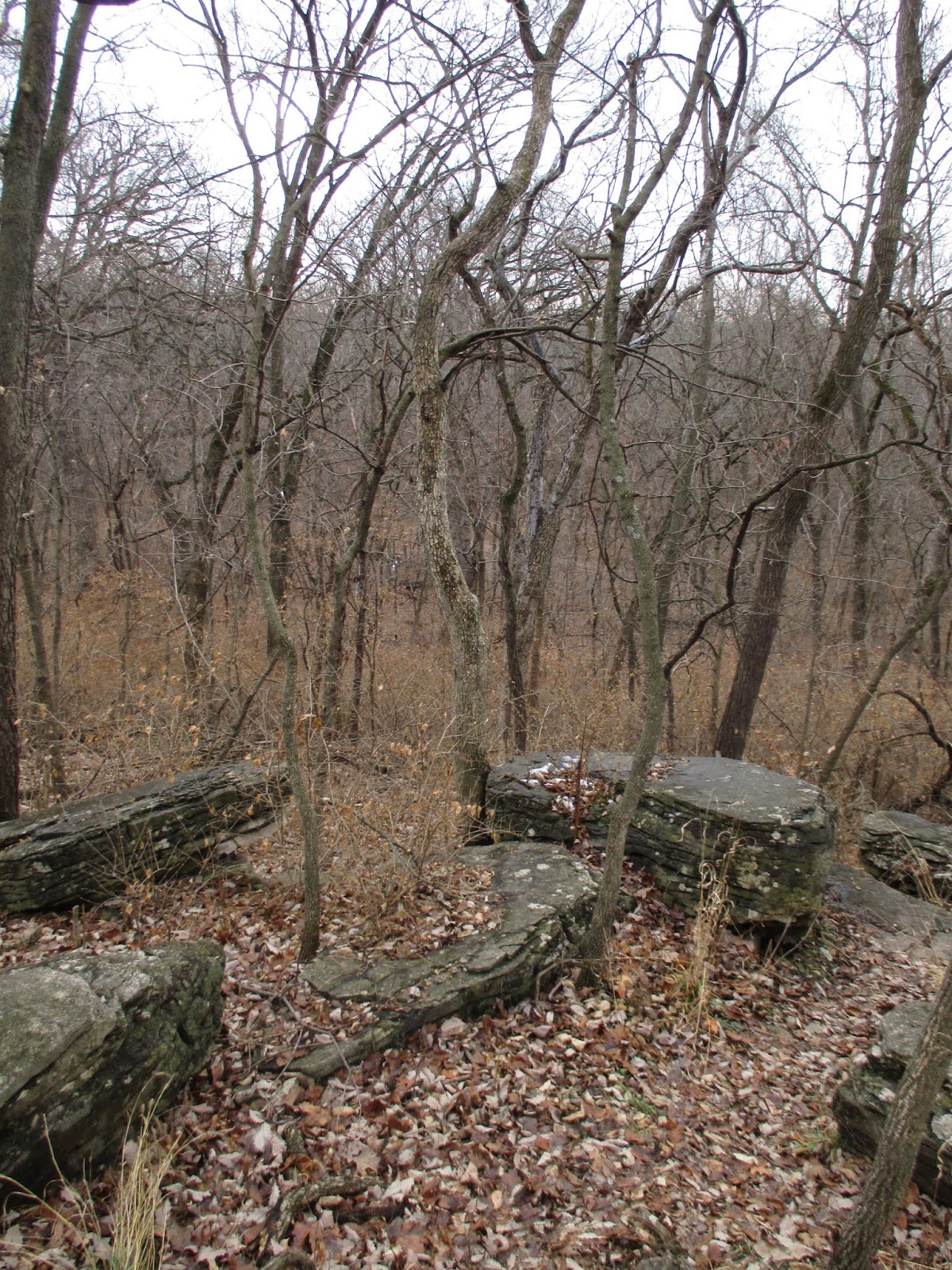 I wanted to go for a hike, so after the kids finished their pictures, we dropped the pictures off in the car, then went out to hike the Red Fox Trail, located just outside the Lakeside Nature Center.  There are maps available at the center, and the trail is well-signed for the most part and easy to follow. 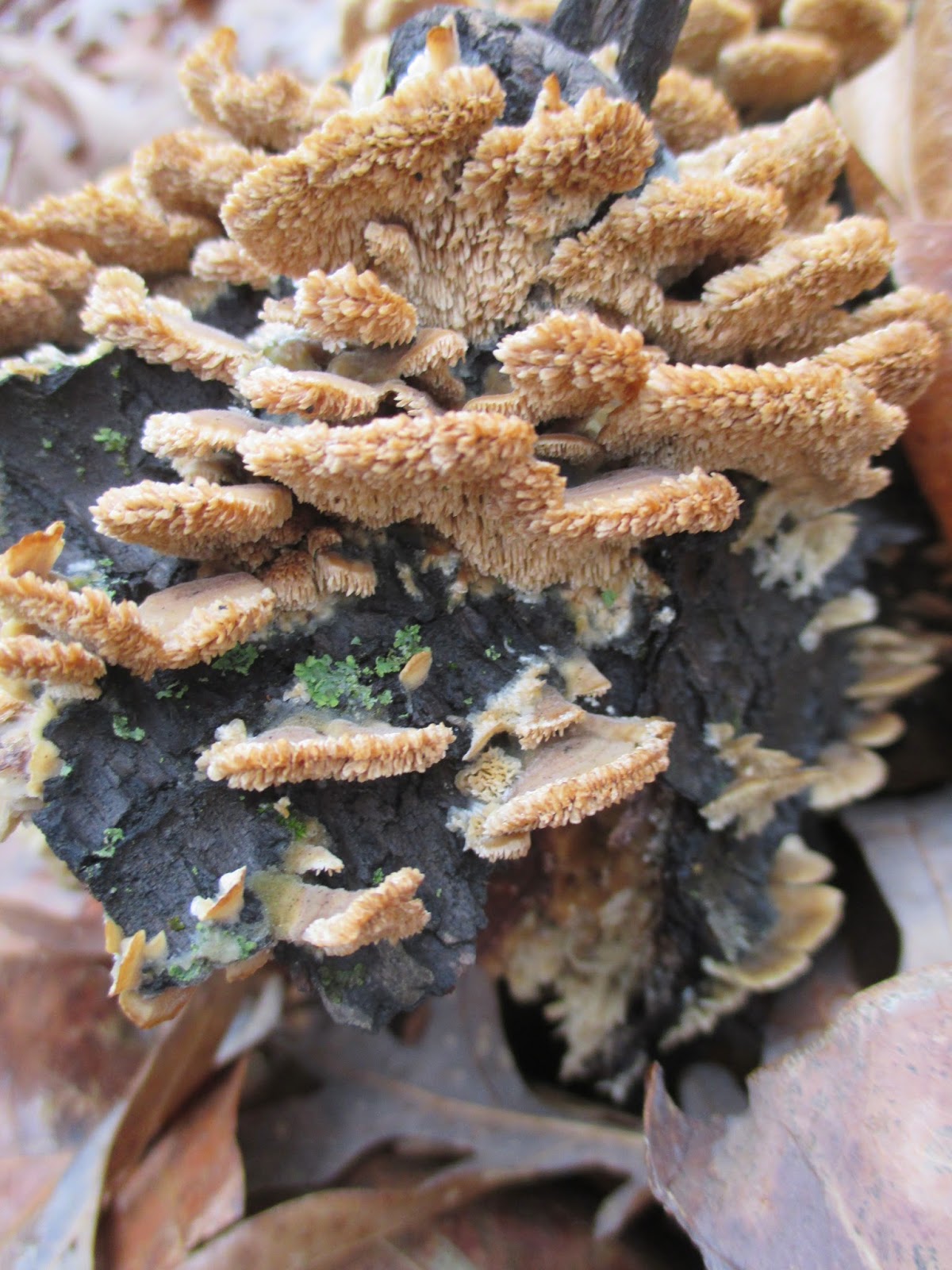 WOW- Midwest hardwood forests.  This was basically my first hike in the Kansas City area after moving from Arizona.  It's definitely nothing like Arizona here!  I like it!  The trees were everywhere.  I'm sure it will be crazy how green it ends up when the summer gets here.  The many kinds of fungus we saw growing were really neat too.  The kids had fun at first, but then wanted to be carried.  We found a great alternative when we found a "choo-choo train stick".  They all grabbed ahold of it, then marched down the trail as part of the choo-choo train.  We had a few small disagreements along the way about who got to be the engine, but the problems all worked themselves out with a little parental intervention. 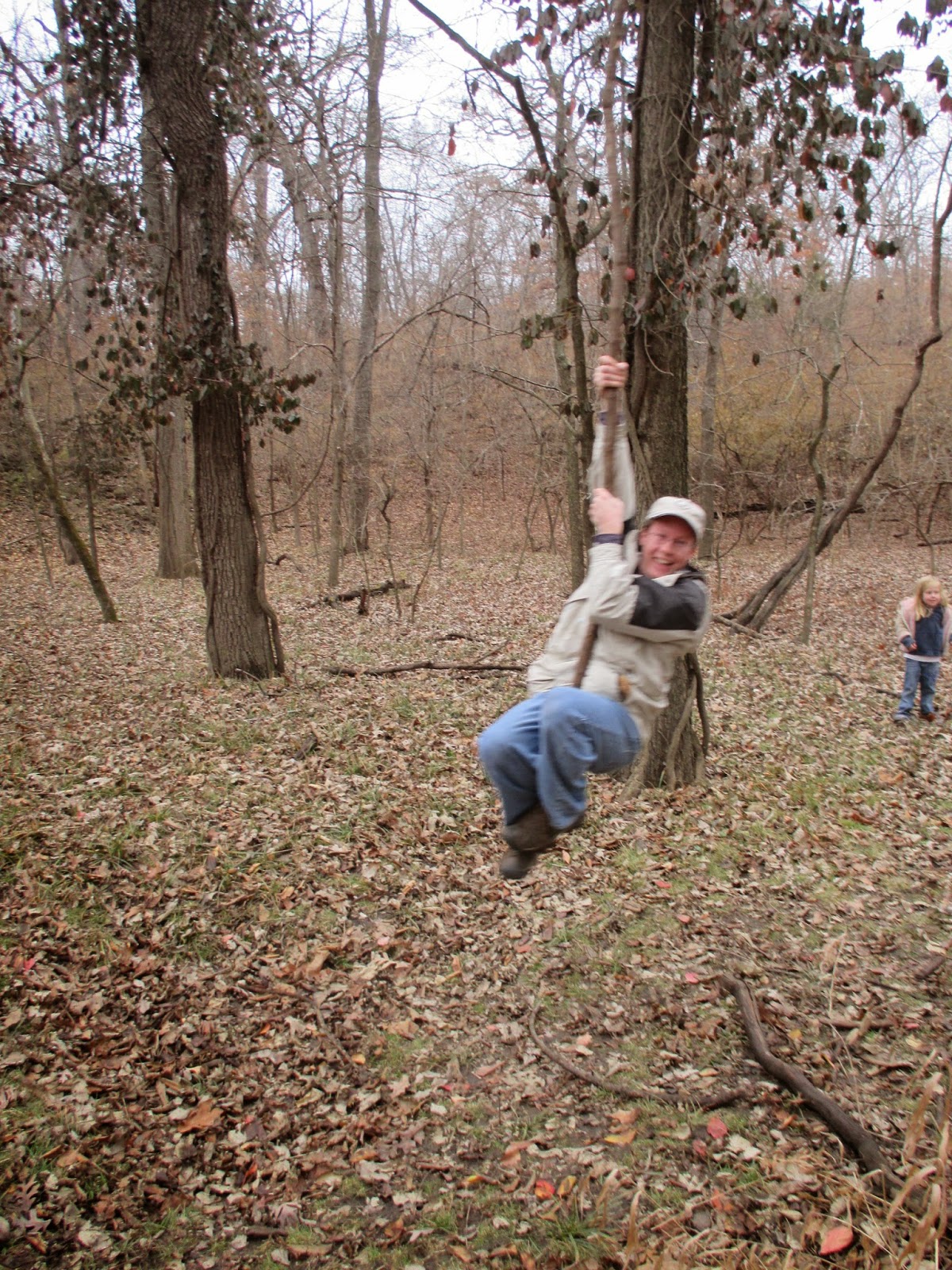 The best part of the hike though would definitely be swinging on the vines.  I think they are wild grape plants, and they shoot runners that climb up to the top branches of the trees.  Near one of the trail junctions, someone had cut the vine off at the base, freeing it to make a "rope swing" out of the vine.  I guess that would make it a vine swing!  We spent a lot of time just swinging back and forth like Tarzan.  Finally after our hands and arms were all gripped out, we stopped swinging and continued hiking.   We definitely had a good time!