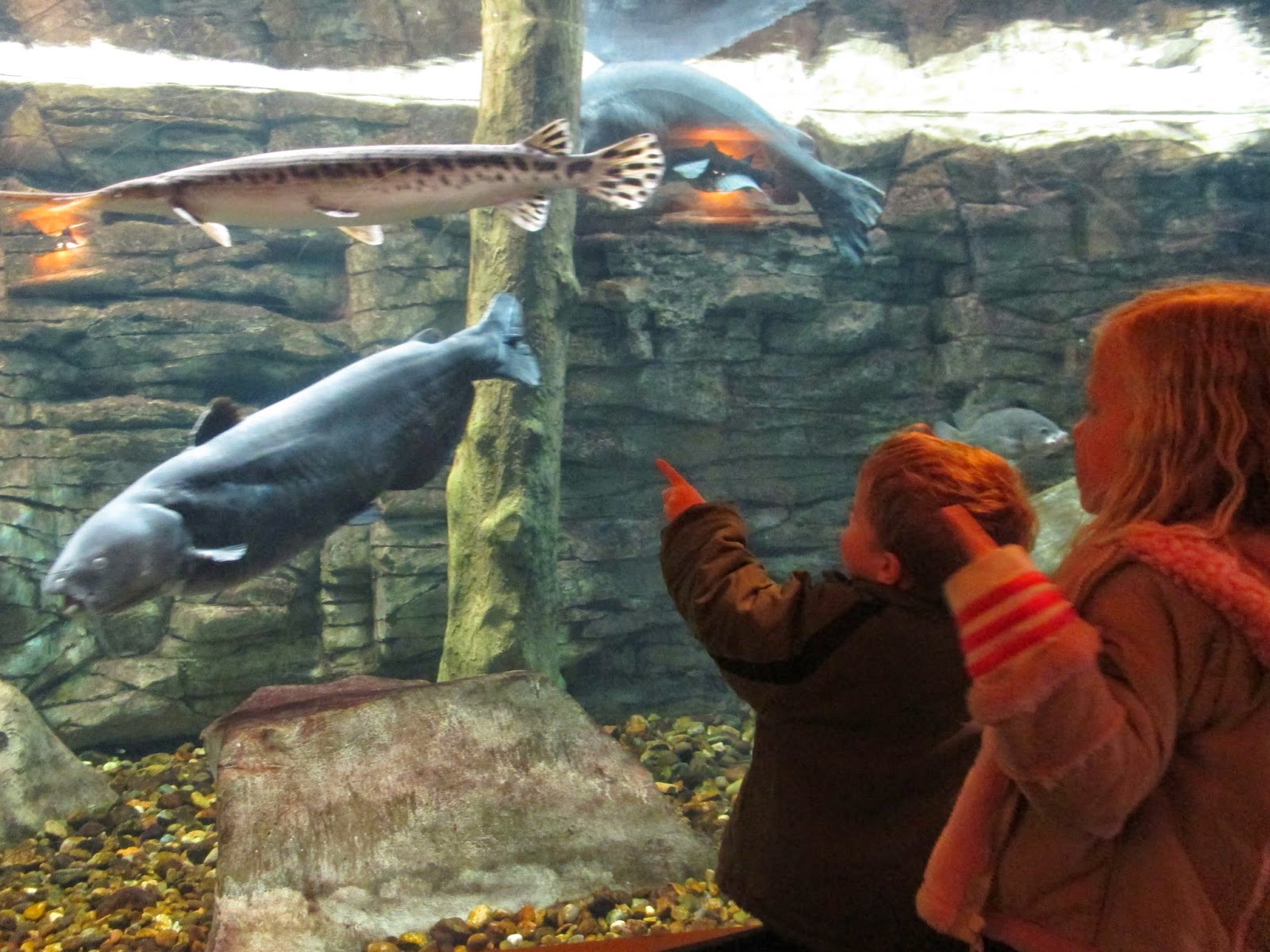 We stopped by Cabela's to take a look around the store.  I think of Cabela's as a big store, with a little bit of a wildlife museum included.  Of course, the first stop we made was at the fish tank.  They had some huge blue catfish, flathead catfish, and gar.  There were also some decent sized bass and crappie swimming around in the tanks as well.  I could spend a whole lot of time just hanging out at the Cabela's Aquarium, but since my wife was there, we had to go check out some other things too. 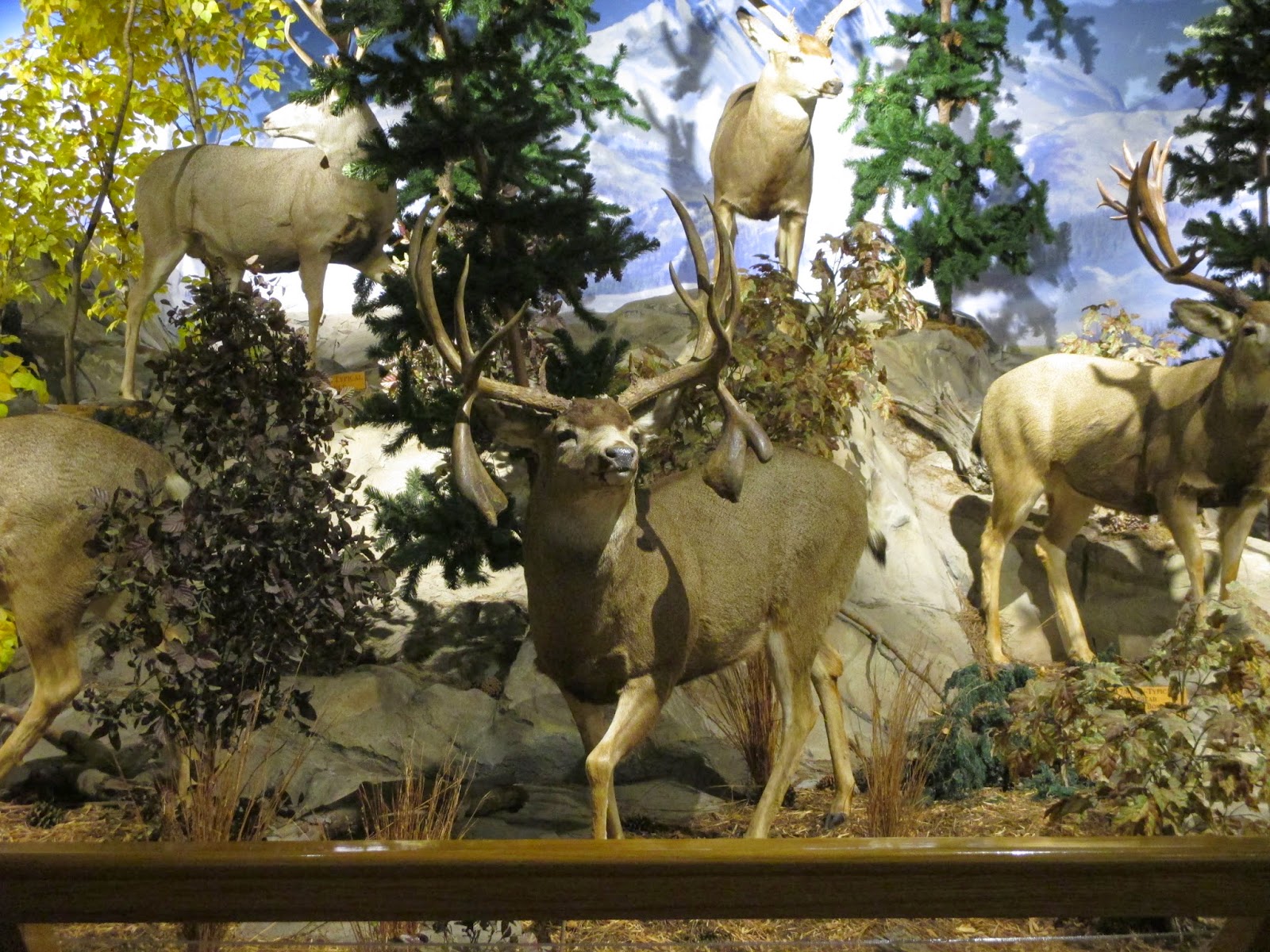 The Kansas City Cabelas has a mule deer museum, with more than 80 world-class bucks on display.  They touted it as the largest collection of mule deer mounts assembled in the world.  I can't refute the claim, and it was quite the impressive collection.  I told the kids that they'd be lucky to see one deer alive that was as big as the ones in the store.  I'm partial toward mule deer.  I think they're way more attractive then whitetail deer. Yeah, some whitetail deer can grow a large set of antlers, but the forks of a mulie's rack are so much more graceful and elegant!  It is a little weird though to have the mule deer museum in Kansas City- the heart of whitetail country, but that's a side tangent.  It's worth a stop if you like wildlife. 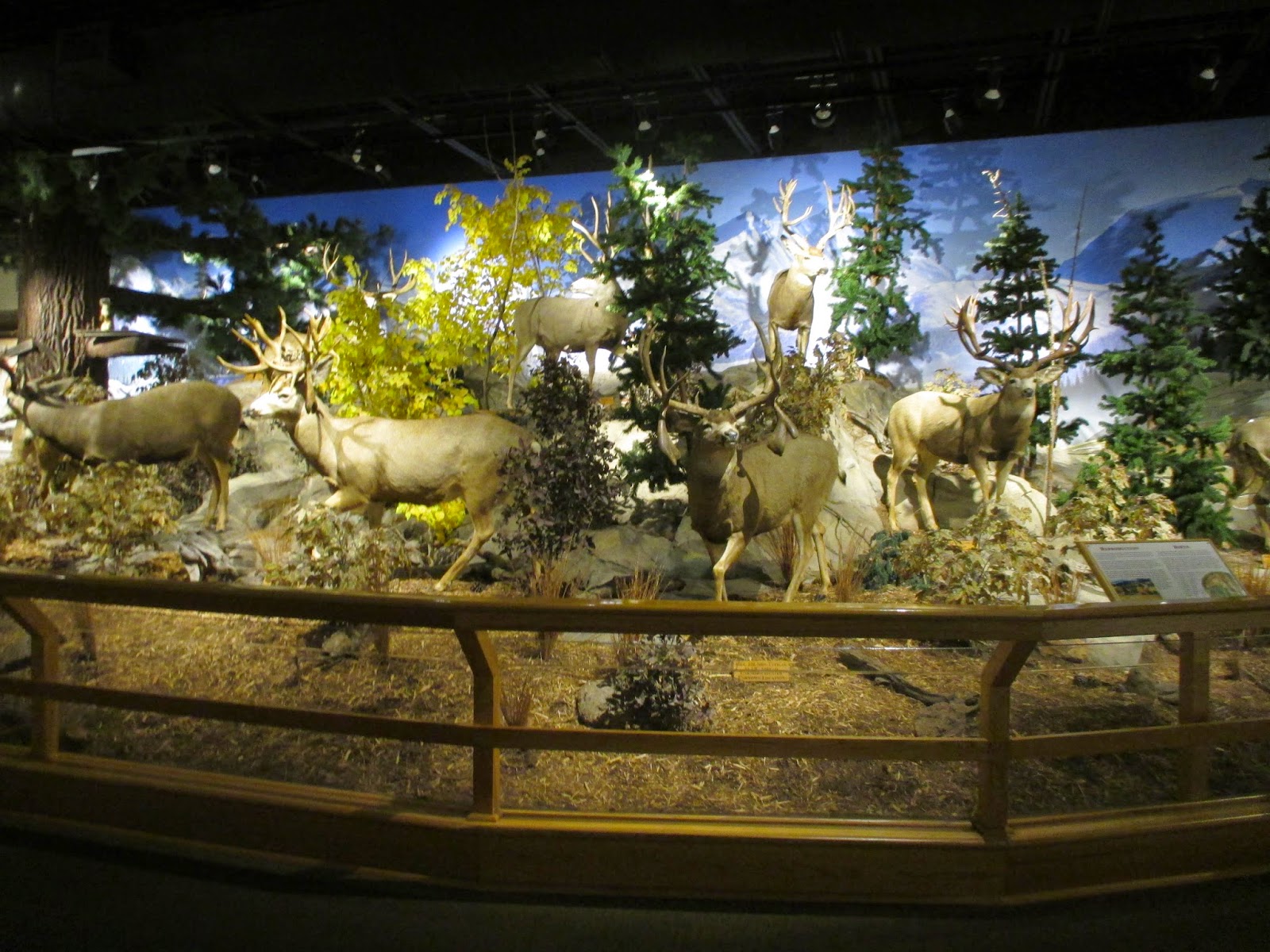 There's many other mounts throughout the store as well, including Arctic and African animals.  We stopped by the bargain cave to see if we could find anything we "needed."  The nice thing about the bargain cave is that you can bargain with the sales clerks to whittle down the price on anything that's already on discount.

I've decided that Cabela's and REI cater to different crowds.  Cabela's gear is designed and marketed to the hunters and outfitter types- ones that load it in a truck or strap it to a 4-wheeler or horse.  It's more rugged, durable, and HEAVY.  REI's gear is definitely more lightweight and packable- for those who take it somewhere under their own power.  So while it's lightweight and smaller, it won't stand up to tons of abuse.  It's marketed to the latte sipping, granola bar munching, tree-hugging type.  Both stores are a bit expensive.  So while I like browsing both stores, more often then not I go home empty-handed and stuck in the gear purgatory of "good-enough".  I like new gear, but what I've got still works just fine and it's hard to justify spending more money for new stuff.