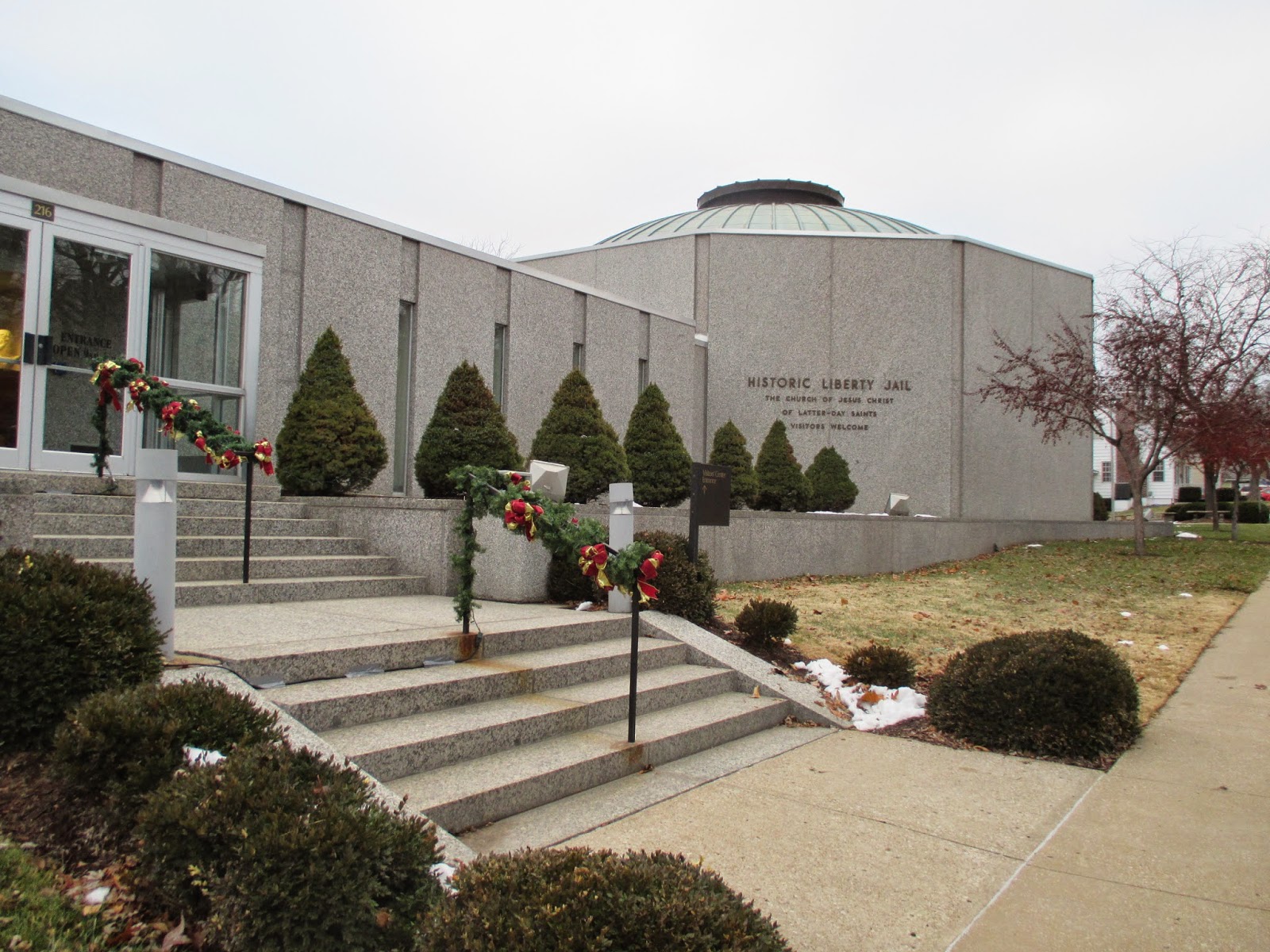 Since we now live in the Kansas City area, we thought we'd take an afternoon to drive out to Liberty, Missouri to see the Liberty Jail.  Liberty Jail- now that's an oxymoron for you.  My wife and I have both discussed this at length.  If you're familiar with Mormon church history beyond the basics of Brigham Young leading the pioneers across the plains to Utah, you'll probably know that Joseph Smith Jr, a modern-day prophet, was unjustly imprisoned in Liberty, Missouri over the winter of 1838-39.  While there, he received the revelations that became modern scripture found in Doctrine and Covenants Sections 121, 122, and 123.  My wife and I both were taught by our parents to love freedom, and also to obey, honor, and sustain the law, so although we didn't meet until we were in our 20's, "Liberty Jail" left us both wondering as youngsters how Liberty and Jail could rationally be used in the same sentence.  It took a few years until I realized that it was more accurate to say the jail in the town of Liberty, Missouri. 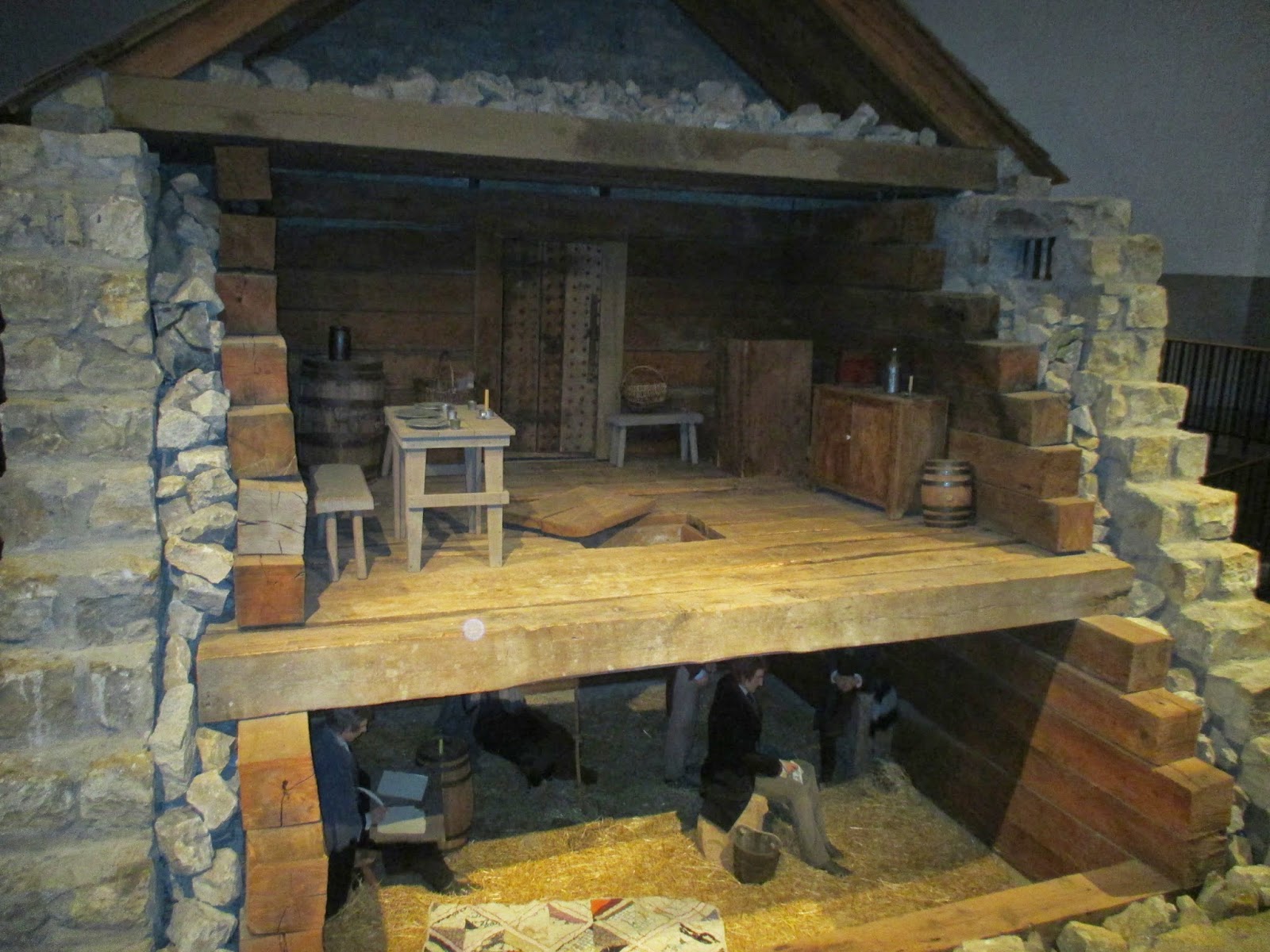 The jail was torn down except for the foundation, and a home was built on the site.  Because of the sacred revelations received by the prophet Joseph Smith while incarcerated, The Church of Jesus Christ of Latter Day Saints (LDS or Mormon) acquired the site in the 1960's and built a reconstruction of the original jail, surrounded by a larger visitor center to protect the site.  Now the site is open daily, with missionaries on site to give tours of the historic jail and to answer questions about the church.  They're great if you want to get firsthand knowledge of what Mormons actually believe instead of trusting something that you read on the internet. Trust me- drinking water from the source sure beats taking a long draught after it's been through the cow pasture.  And if you're not into religion, but interested in history, they'll be respectful enough to still give you a free tour.

Since we have a energetic kids, we asked one of the missionaries for a shortened tour.  They showed us around and we saw pictures of the old jail, the original key, a picture of the house that was built over the jail, etc.  We skipped the 15 minute movie.  The kids were quiet and attentive when we took them and sat by the rebuilt jail and looked at the cramped conditions and listened to an audio presentation about what had happened there.  We took a few quiet moments to sit and ponder, then moved along so another tour group could enjoy a contemplative moment.