Shut out of the Slaughter Ranch 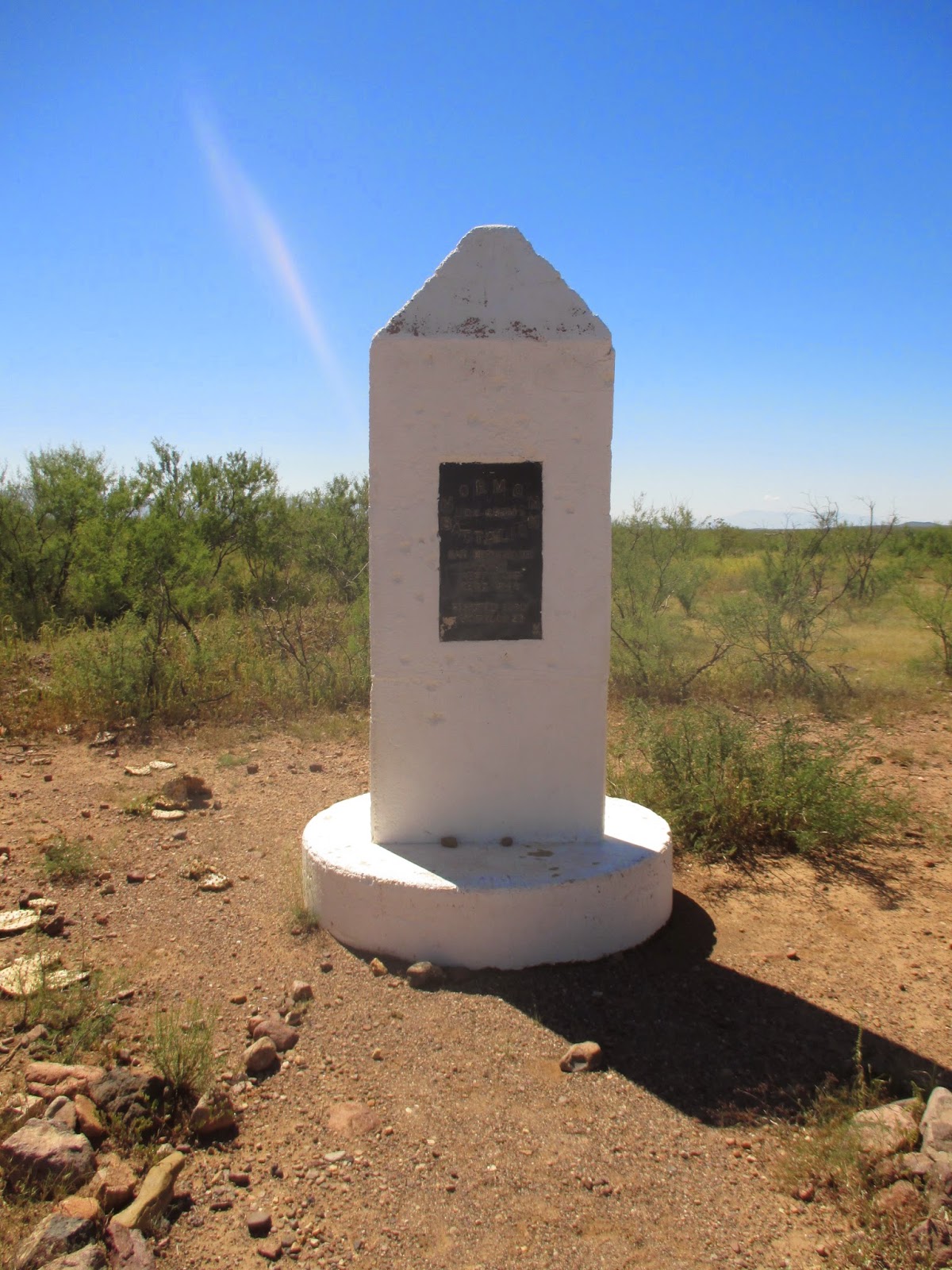 After visiting Chiricahua National Monument, we planned on swinging down through Douglas and going to the Slaughter Ranch / San Bernardino National Wildlife Refuge.  The first part went great and we had a good few days at Chiricahua.  We also saw that there was some not-so-great in our planning.  On our way to the Slaughter Ranch, there's a marker noting that the Mormon Battalion passed through here in 1846, one of several markers in the area.  It just said that they camped nearby on December 26, 1846 along the way of their longest infantry march in history. 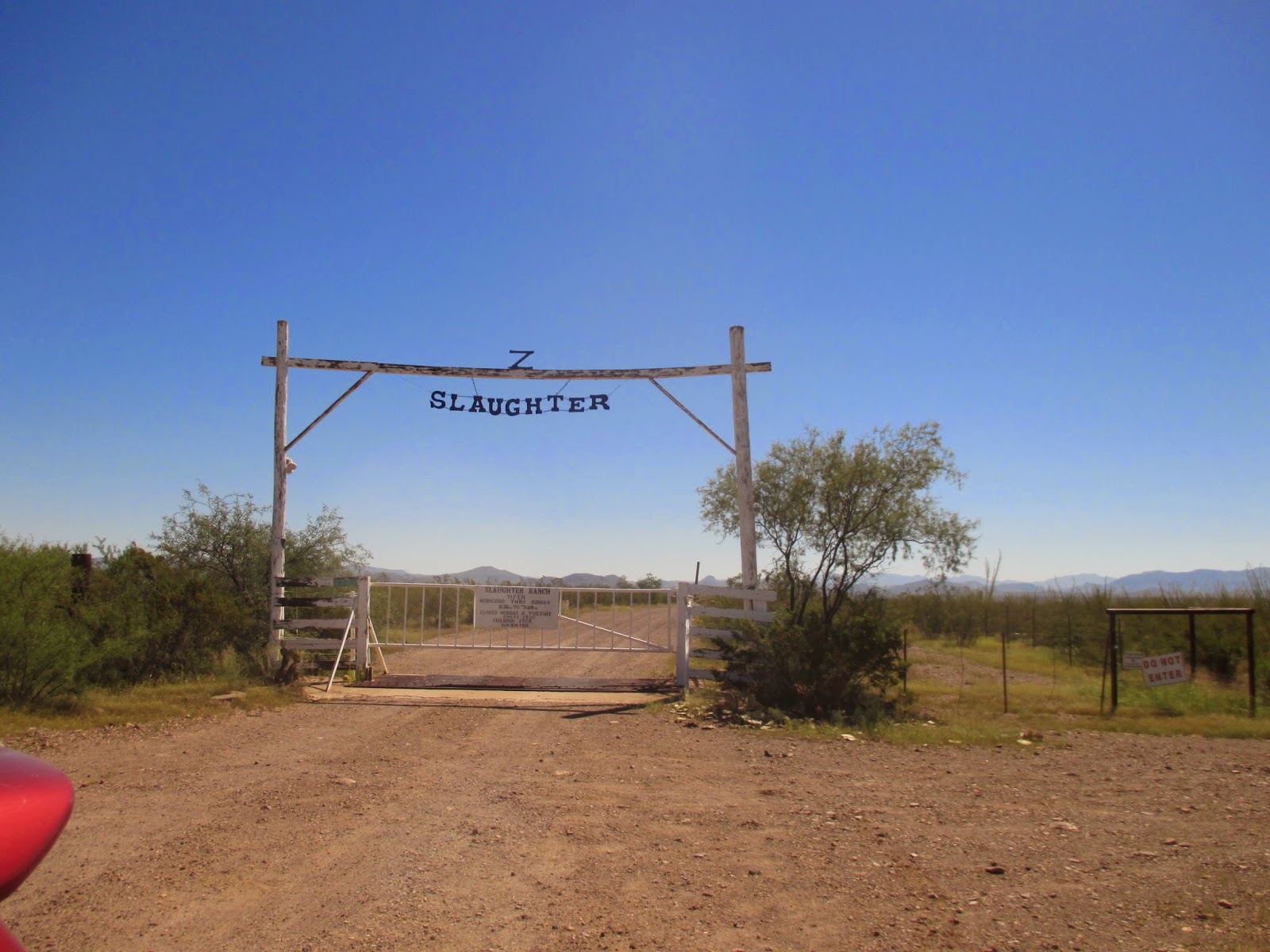 We pulled up to the gate to the Slaughter Ranch, and saw that it was closed.  It's closed every Monday, and only open the last part of the week.  So much for great planning!  I'd wanted to see the ranch, so we'll see if we make it back out.  "Texas" John Slaughter was a prominent rancher in Cochise County, who made peace with the Indians when he settled what became his ranch (which included land in Mexico, as well as the US).  He also was the one asked to make peace in the county after the Earp/Clanton Feud in Tombstone had it's climax at the OK Corral in 1881.  He seems like a pretty upstanding guy and it would have been fun to see the ranch and learn more about him and the history of Cochise County.  I'd heard that he hired a Mormon polygamist to work on his ranch and the polygamist had built a cabin straddling the US/Mexican border, so he had one wife in the US, the other in Mexico, but since we didn't get to go there, I guess that's just hearsay. 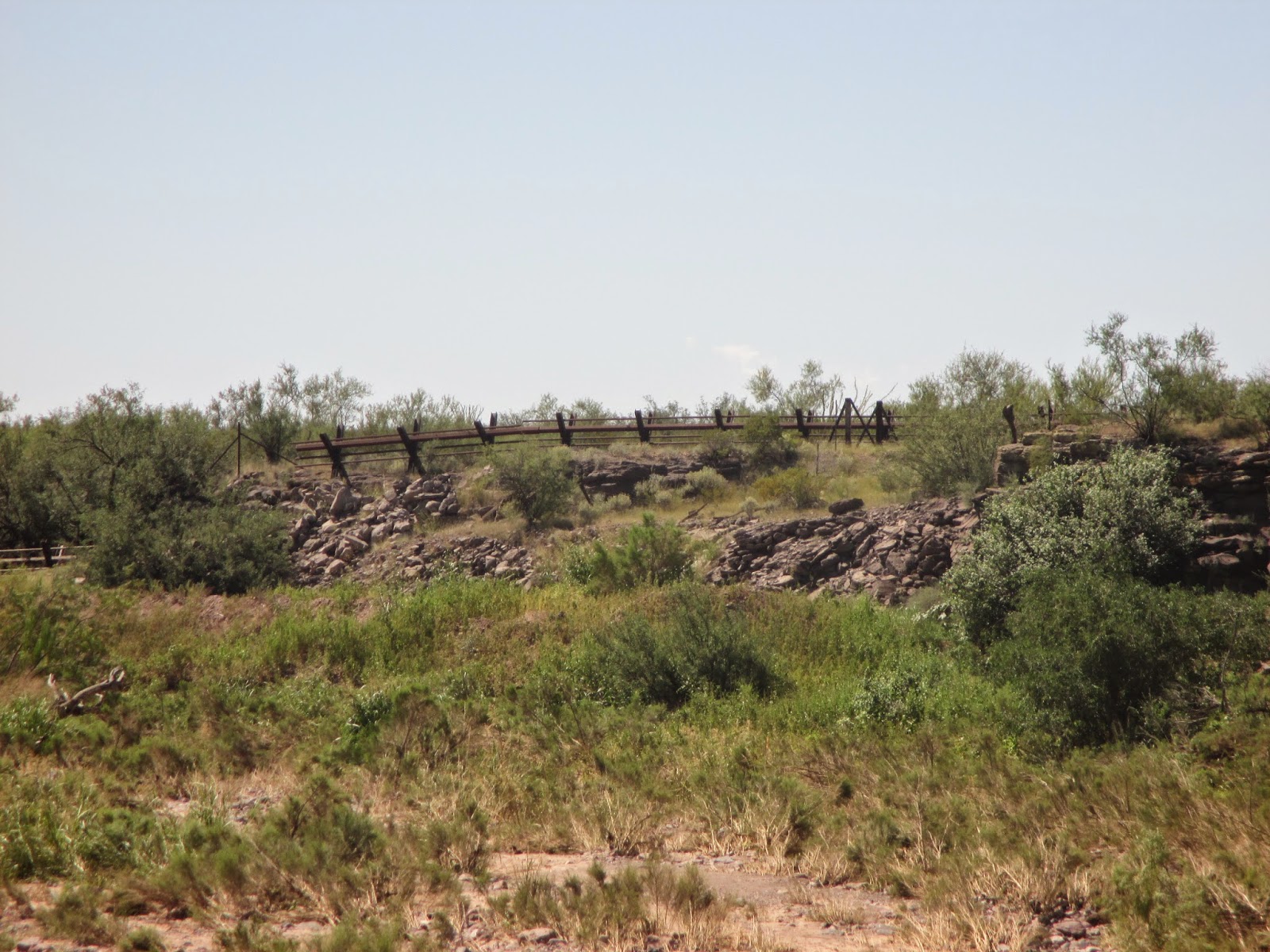 Oh yes- the border.  Yeah- that's it in that picture just above.  Not much there is there!  Just a few jersey barriers, and maybe a string of barb wire.  There's a fairly large contingent of Border Patrol agents on the 15 mile drive out from Douglas to help keep the border secure, but just the same it is a little weird to know that it's pretty porous despite what the politicians in Washington DC say.
Nearest City: Douglas, AZ
Location: 15 miles east of Douglas, AZ
Time Needed:
Difficulty:
Kid Friendly:
Additional Info: Slaughter Ranch Website
Posted by Ben at 10:56 PM