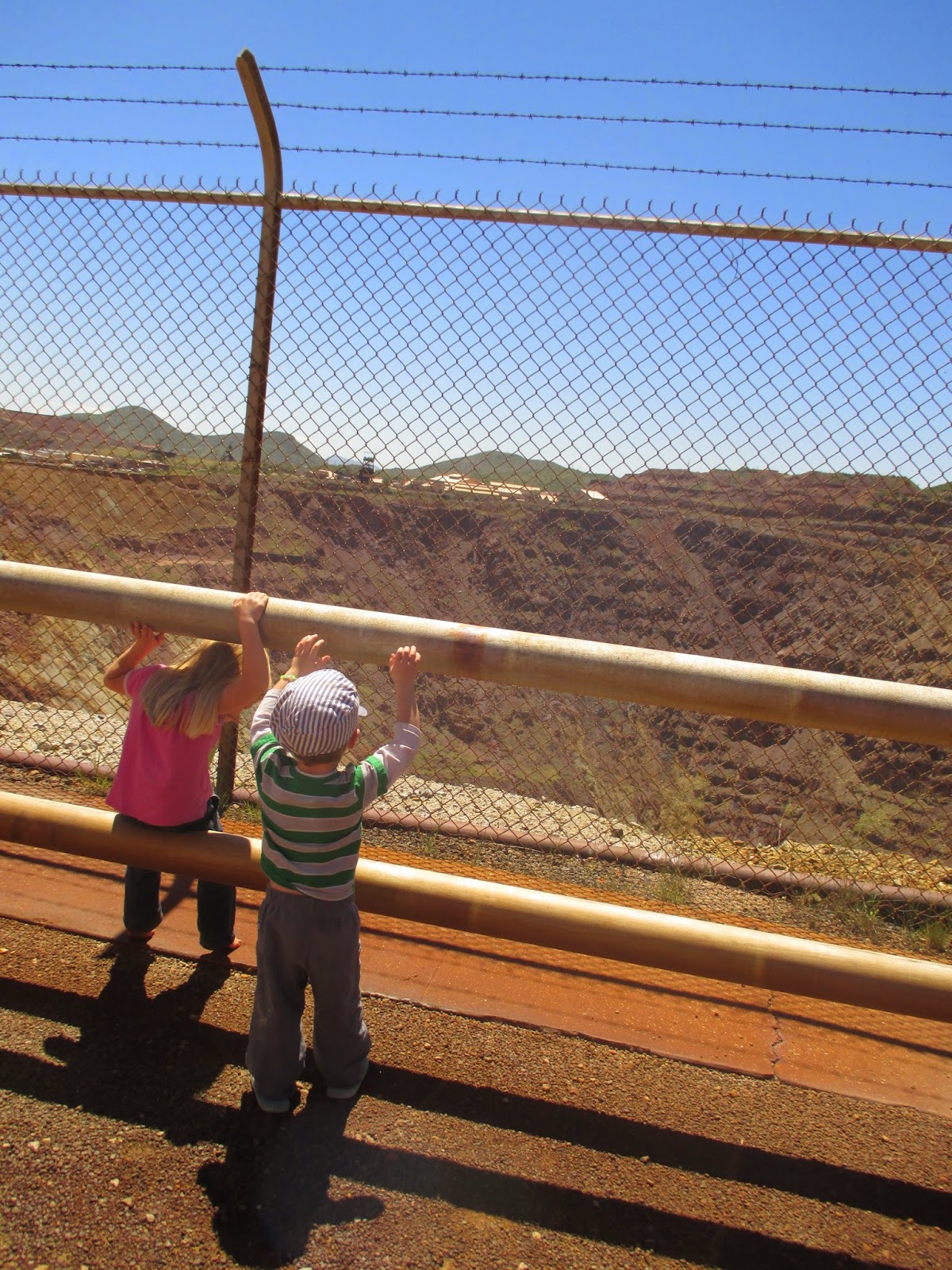 Occasionally we go out to Bisbee.  It's a weird little town, built on the side of a canyon 5 miles from Mexico.  If you guessed mining town, you nailed it.  Bisbee was founded after a rich copper deposit was found, which was then worked and became the Queen Mine.  Southeast of downtown Bisbee is the Lavender Pit, an open pit mine that was developed once the high-grade ores played out.  The pit and Queen Mine are no longer mined for ore, but you can stop and book a tour and they'll take some of your money and use it to help the place stay open.  Last year, there was talk of shutting down the tour.   We like to stop at the overlook, get out of the car, and look at the big hole in the ground. Old town Bisbee is the second most famous town in the county, coming in just after Tombstone.  It certainly got the appealing architecture that is hard to find elsewhere in the area.  Once the mines shut down, most of the residents boarded up the houses and moved away.  Like elsewhere, an artist found out about it and now Bisbee is full of artists, liberals, and other Bohemians.   Some of them are a little too weird for me, so if we go we stick to daylight hours only.  It's a unique little community.  Every fall they have a big race event called the "Bisbee 1000" where racers seek to ascend or descend all of the public staircases in town.  The profit from the race is pumped back into the community and used exclusively to help preserve the stairs of Bisbee and fight against the relentless pull of time and gravity. 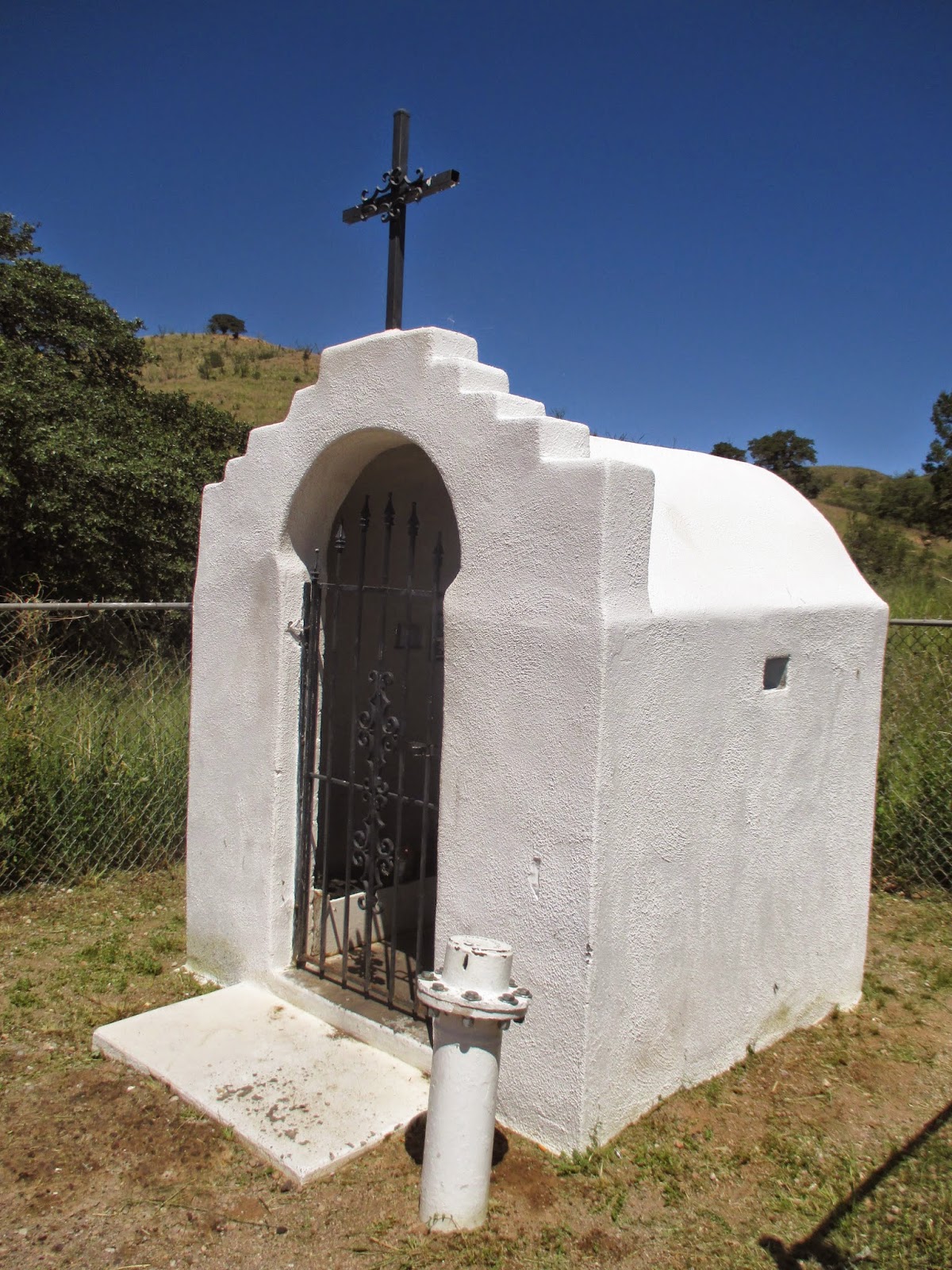 A few miles west of Bisbee is this small Catholic shrine just off of the north side of the highway.  There's a few of them in the area,  and since we hadn't stopped before, we said "why not" and stopped for 3 minutes. 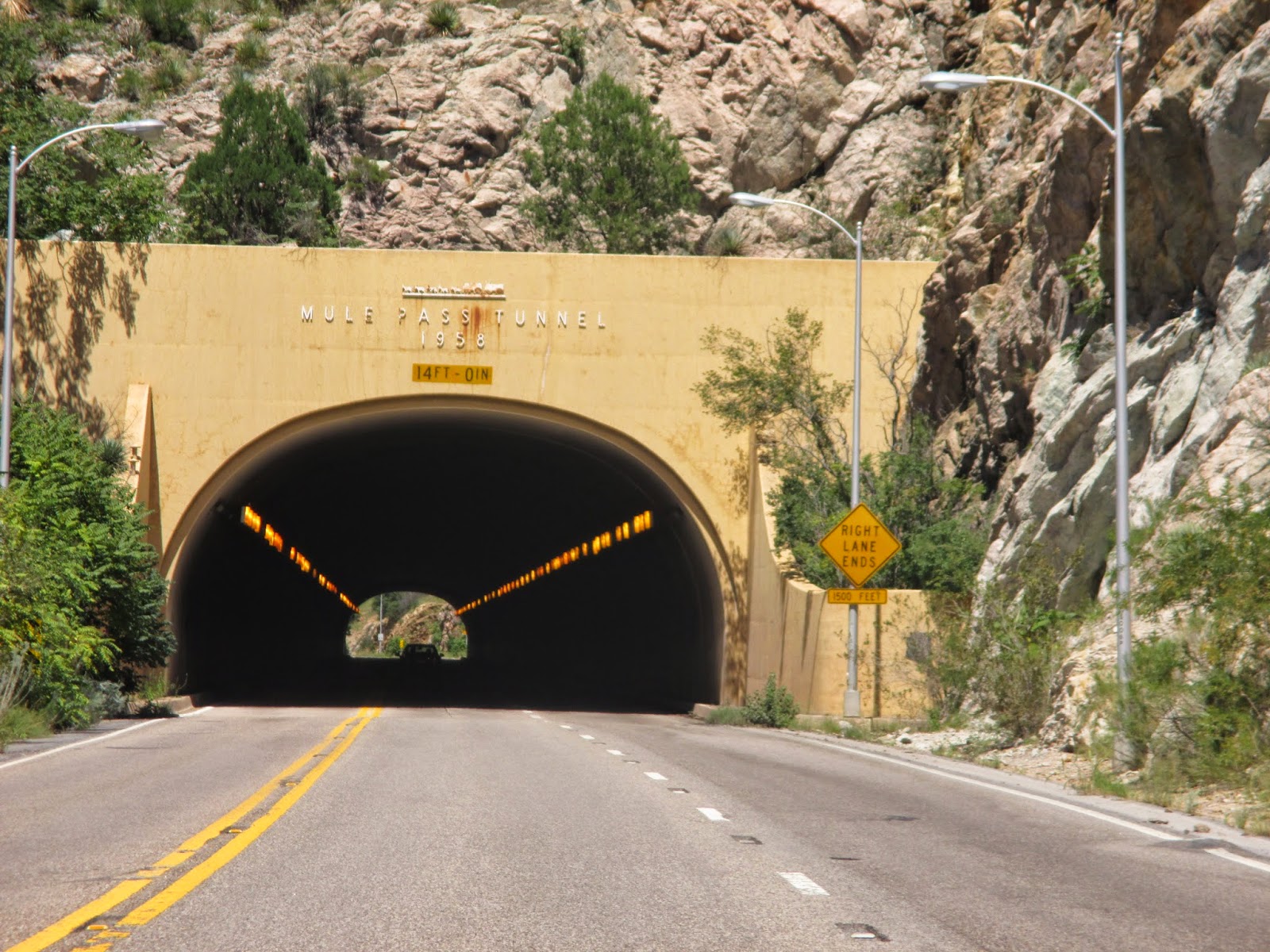 One last thing to see in the area is the Mule Pass Tunnel- one of the only highway tunnels in Arizona.  It's not that long, but it cuts through the bedrock of Mule Pass at over 5,500 feet elevation.  Snowplows park on the west side of the pass- nearly the only place in Cochise County where snowplows are needed, although they are only needed sparingly.