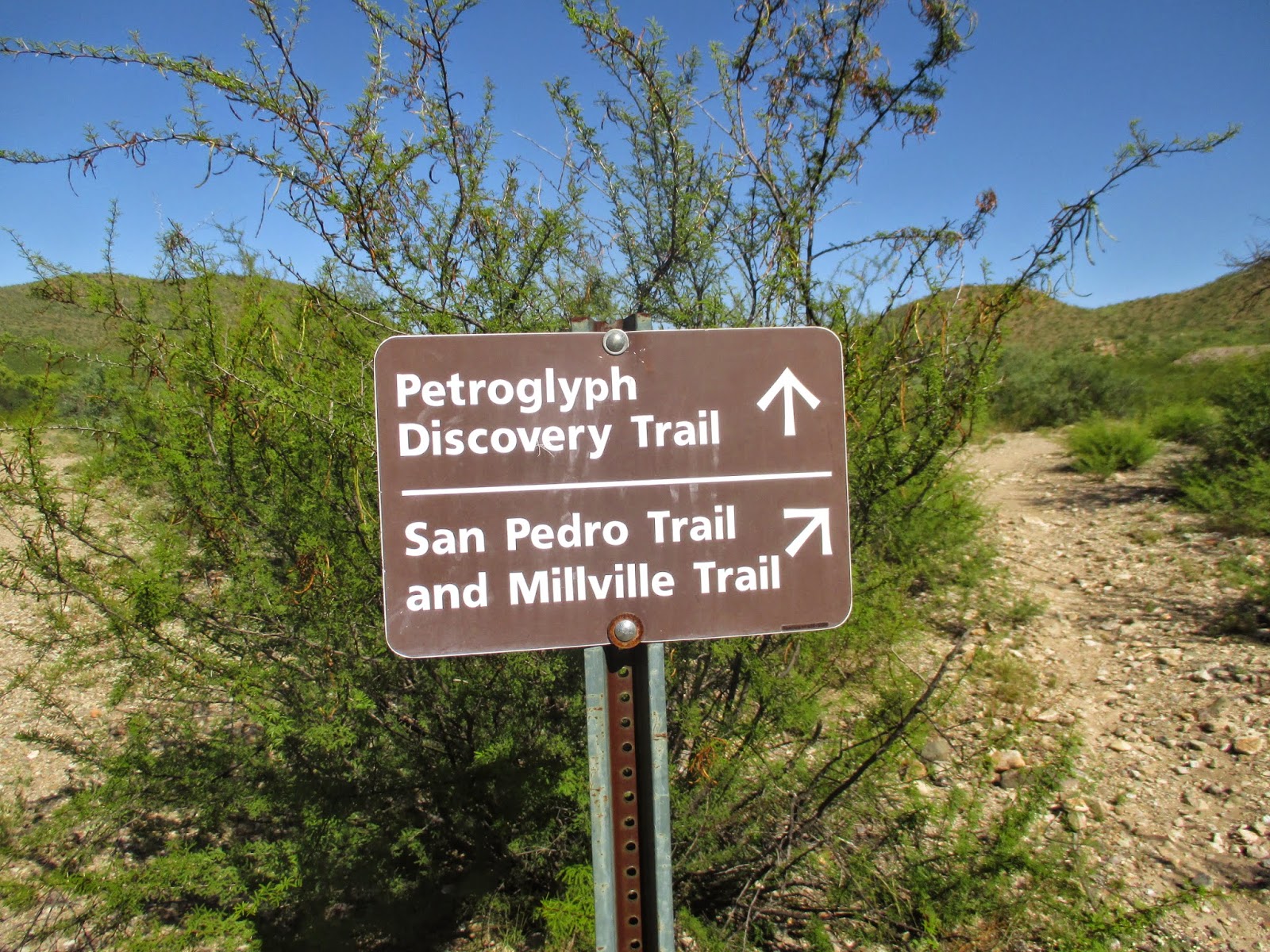 The Millville Petroglyphs and Ghost Town is another spot that I've visited a few times, but never bothered to blog about, probably because I didn't bring my camera the first few times. What good is a blogpost if it doesn't have pictures?  Anyway, in mid-late September we went for a morning hike out to Millville.  The trailhead is located on the north side of Charleston Road, about 1/4 mile east of the San Pedro River. 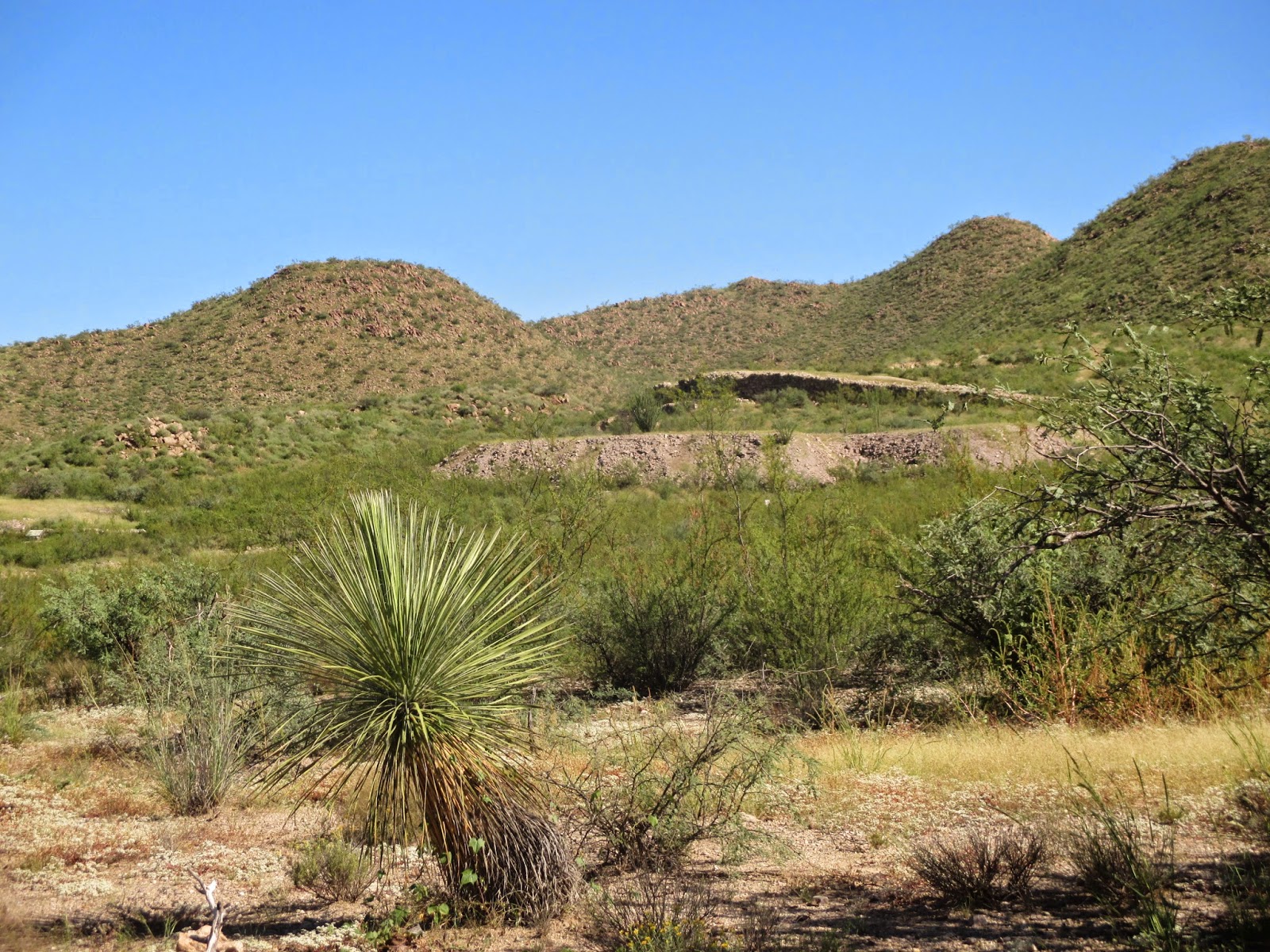 We had wanted to visit earlier in the year, but the gates were locked and some signs indicated that they were searching the area for unexploded ordnance from back when the army had used Charleston, located just across the river, as a practice area for street fighting back during World War 2.  Anyway, I noticed a headline or press release from the BLM detailing that the sites were open again, and put visiting back on my list, even though it took us a while to make it over. 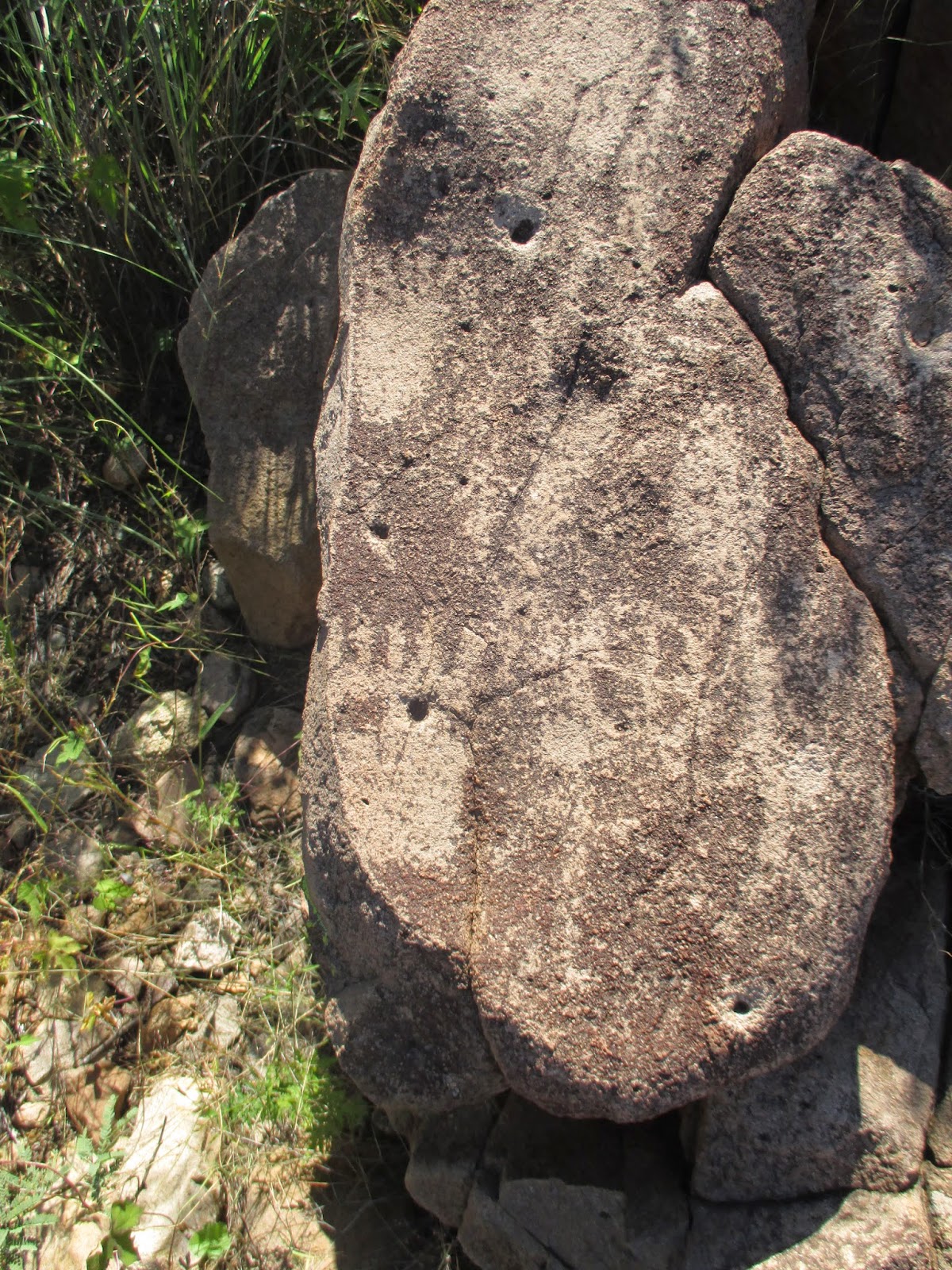 We went for our hike and stopped to see the petroglyphs first.  There are two identified sites along the trail, the first one has these bear footprints and several others on boulders just east of the trail.  This location would have been more or less right in the middle of Millville back in its heyday, so it's pretty great that they're still there. 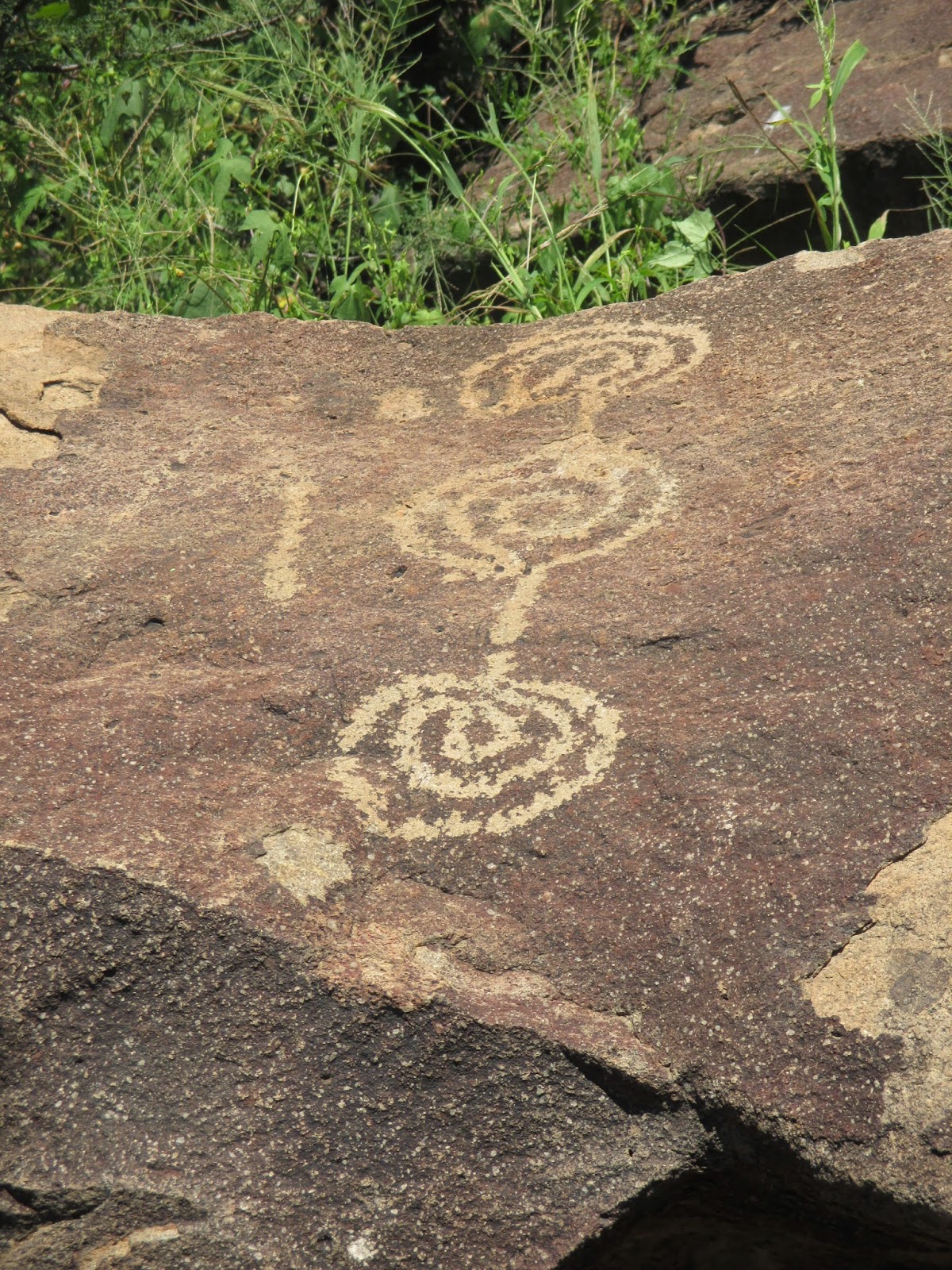 The second location is another 1/4 mile north and is several boulders on the side of the hill, a stones throw from the San Pedro River.  The trail stops just south of a small gully, but I scrambled down it, then up the other side and climbed around and looked at the boulders up close. 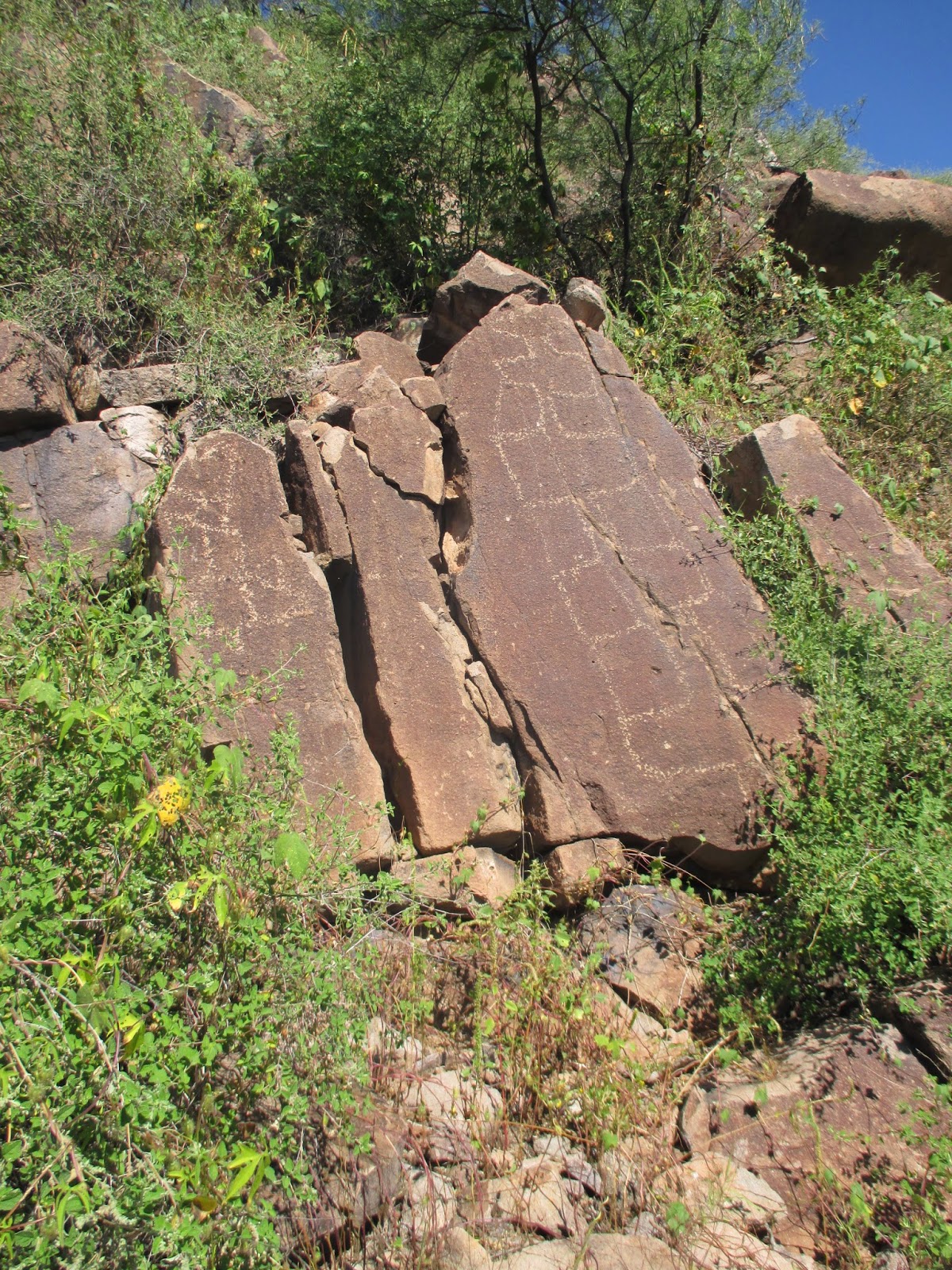 Who knows what the scribbles mean?!  It's something that's been lost since the Apaches were pushed from the area.   The hillside is steep and has mesquites, cacti, and other spined and poky desert plants, so I didn't do an extensive and thorough reconnaissance to find all of the petroglyphs. 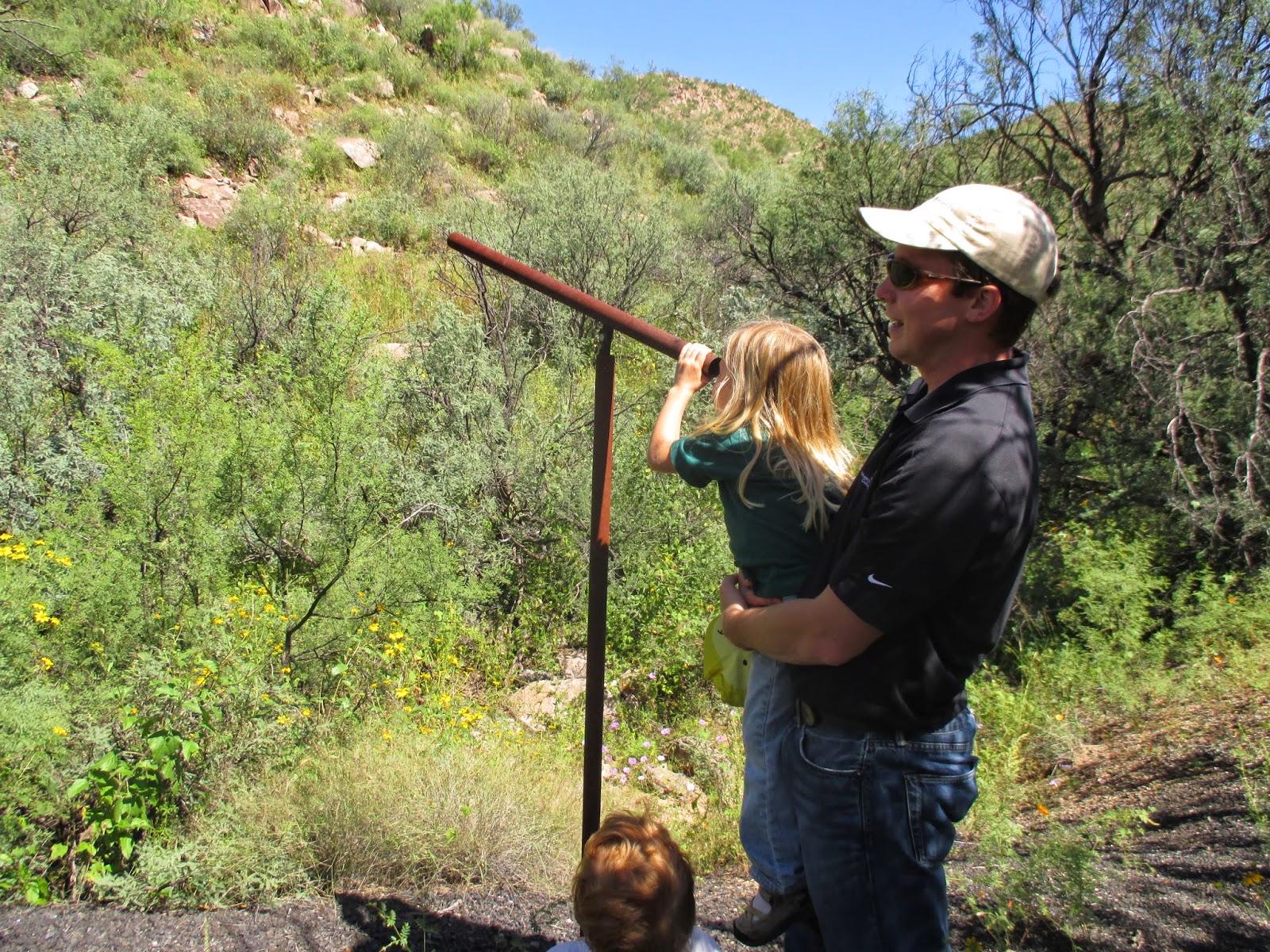 Back at the end of the trail, there are a few pipes that are set up go direct your site to where the petroglyphs are. 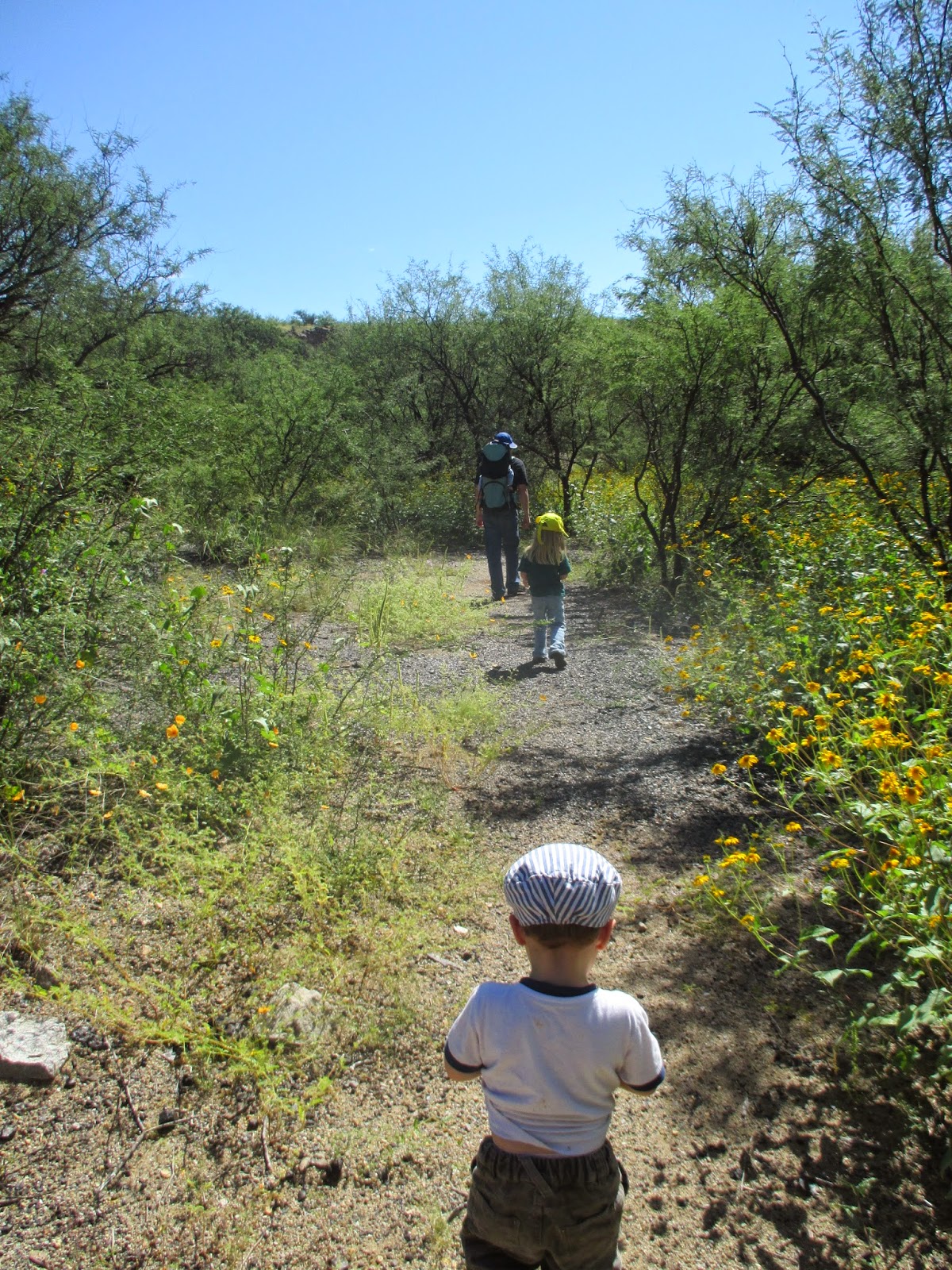 We hiked back down the trail to go see the ruins of Millville. 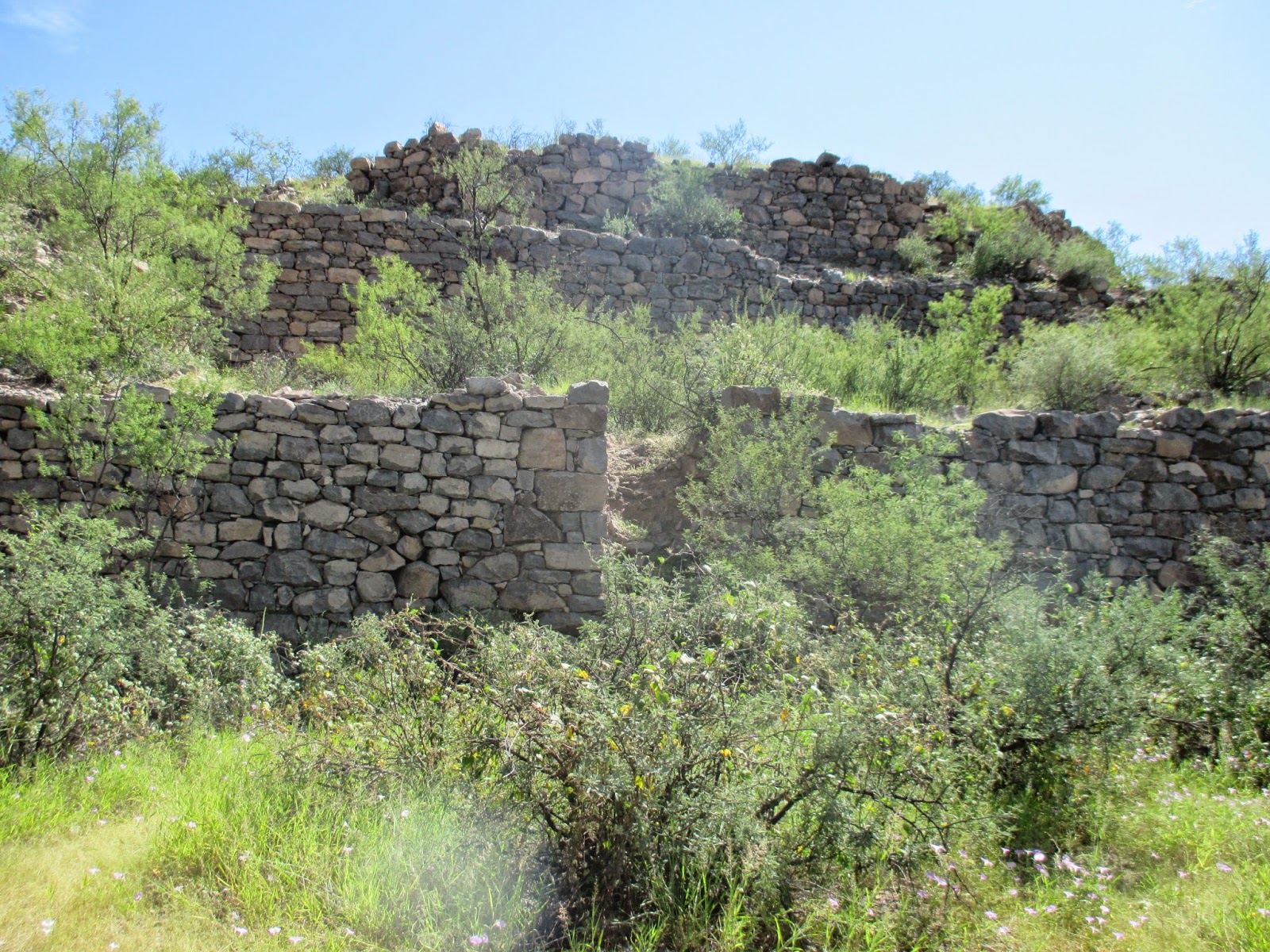 Some of the rock walls are visible from the Charleston Road, but most of them are only visible when you get out and hike.  With a name like Millville, it's not hard to guess why the town was here.  Millville existed solely to mill the ores mined in Tombstone.  Tombstone didn't have the water needed to power the stamp mills, so they would freight the ore to Millville for processing.  The arrangement worked great for Millville until the miners in Tombstone struck water.  After that, it wasn't too long until the mills were dismantled, and shipped to Tombstone for reassembly there, much closer to the ore.   Today there's just several walls and building foundations remaining, along with old cans and broken glass and pottery.  A few interpretive signs explain more about the ruins if you visit. 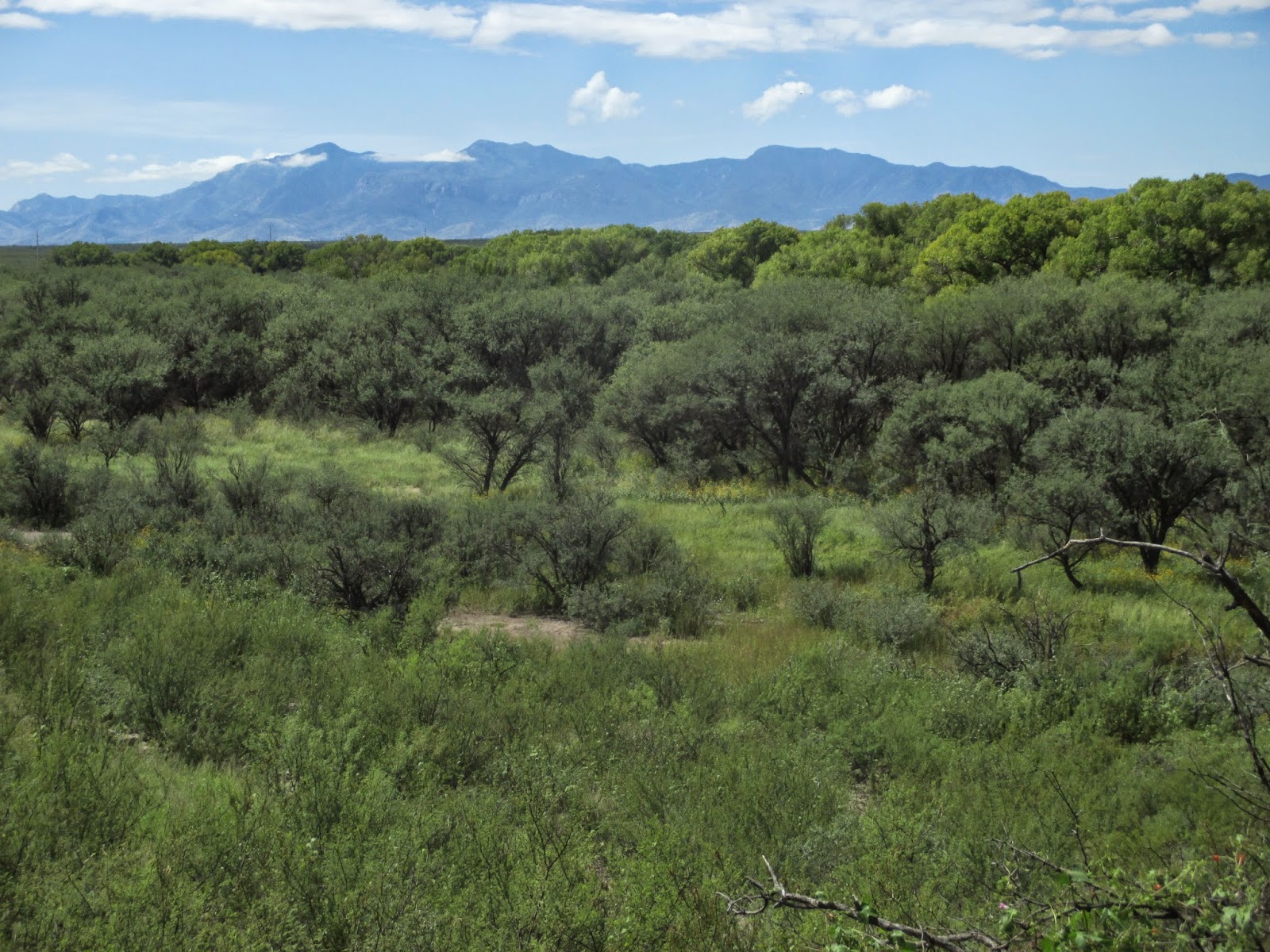 I had to throw in one last picture of the Huachuca Mountains in the background, with the cottonwoods lining the San Pedro River in the foreground.  It was a beautiful morning for a hike!