The Schieffelin Monument in Tombstone 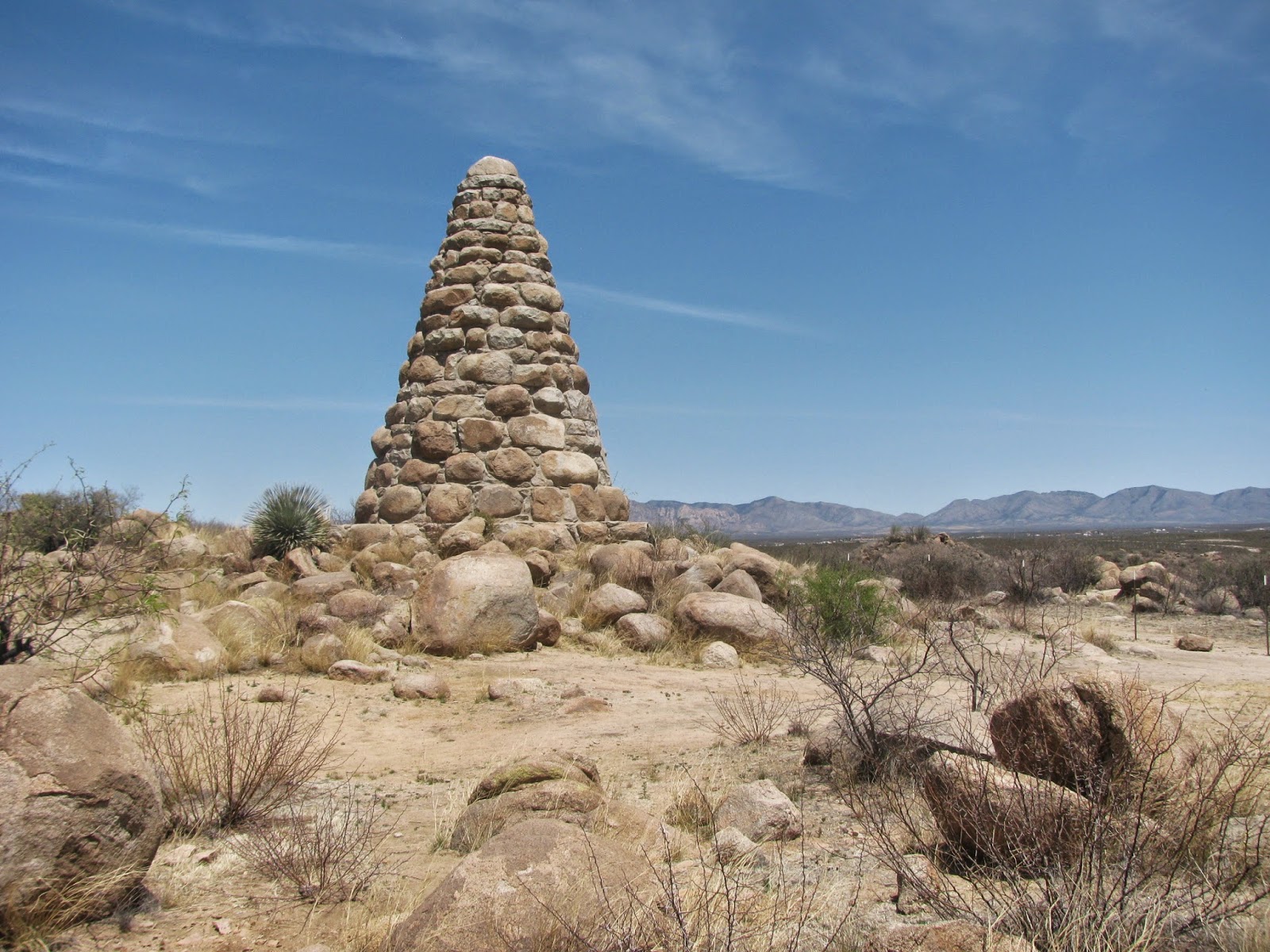 In the desert just north of Tombstone, there's a tall stone monument built in the memory of Tombstone's Founder.  Ed Schieffelin went prospecting in the desert in 1877 and was told that "all he'd find was his tombstone".  While prospecting, he lived at the Brunckow Cabin near the San Pedro River.  He found the Tombstone- a rich vein of silver that touched off a great prospecting boom in Arizona.  All told, he found several veins, including the Lucky Cuss, and Toughnut, which were developed into several mines in the Tombstone area.  Because of his discovery, he is known as the Father of Tombstone.  Ed is buried here in his prospector's attire as he desired.  Instead of a small marker, the large monument here marks his final resting spot.   It's amazing to think that he only lived to be 50 years old. 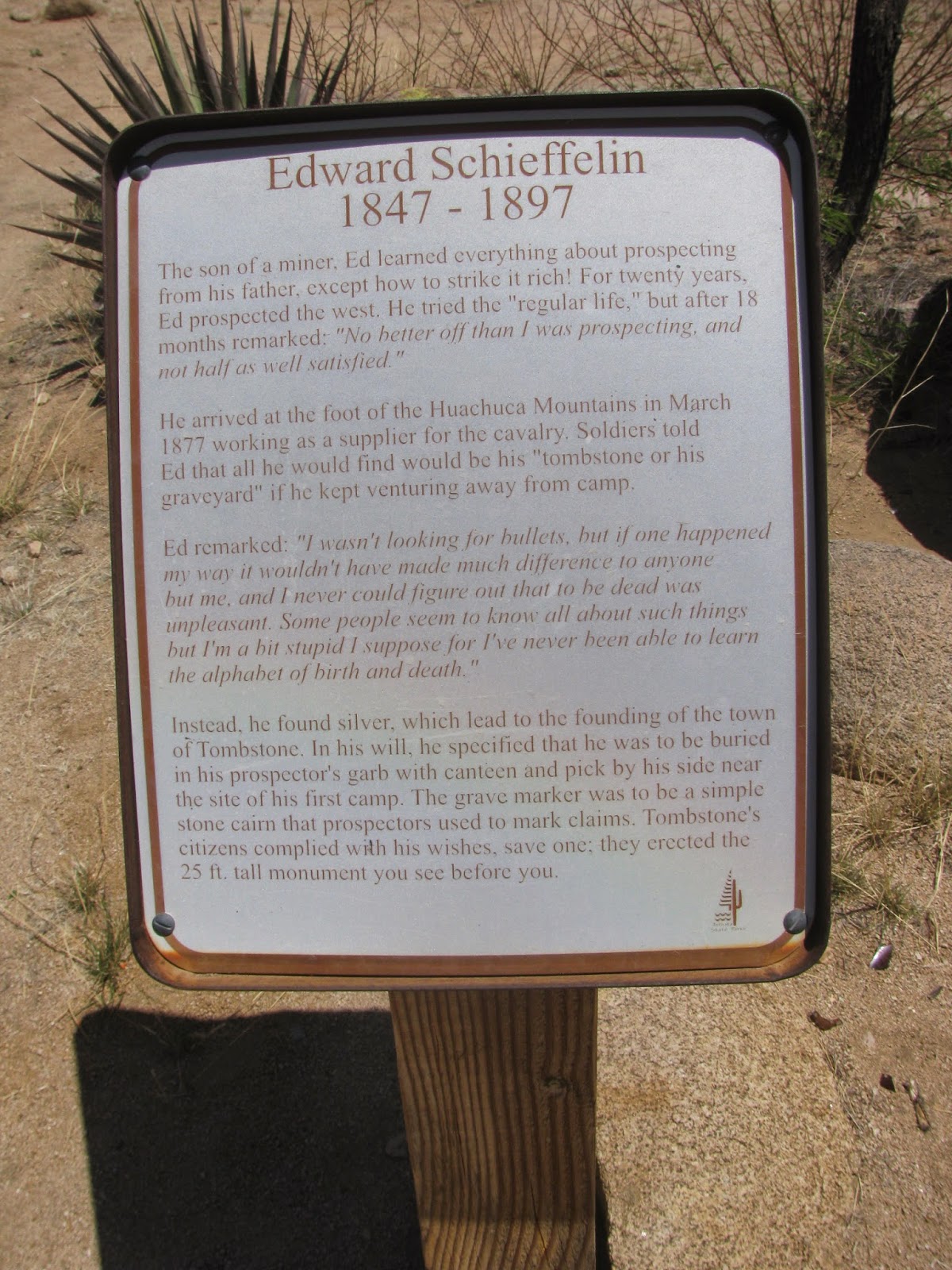