Illegal Aliens on the Vanished Trail up Garden Canyon 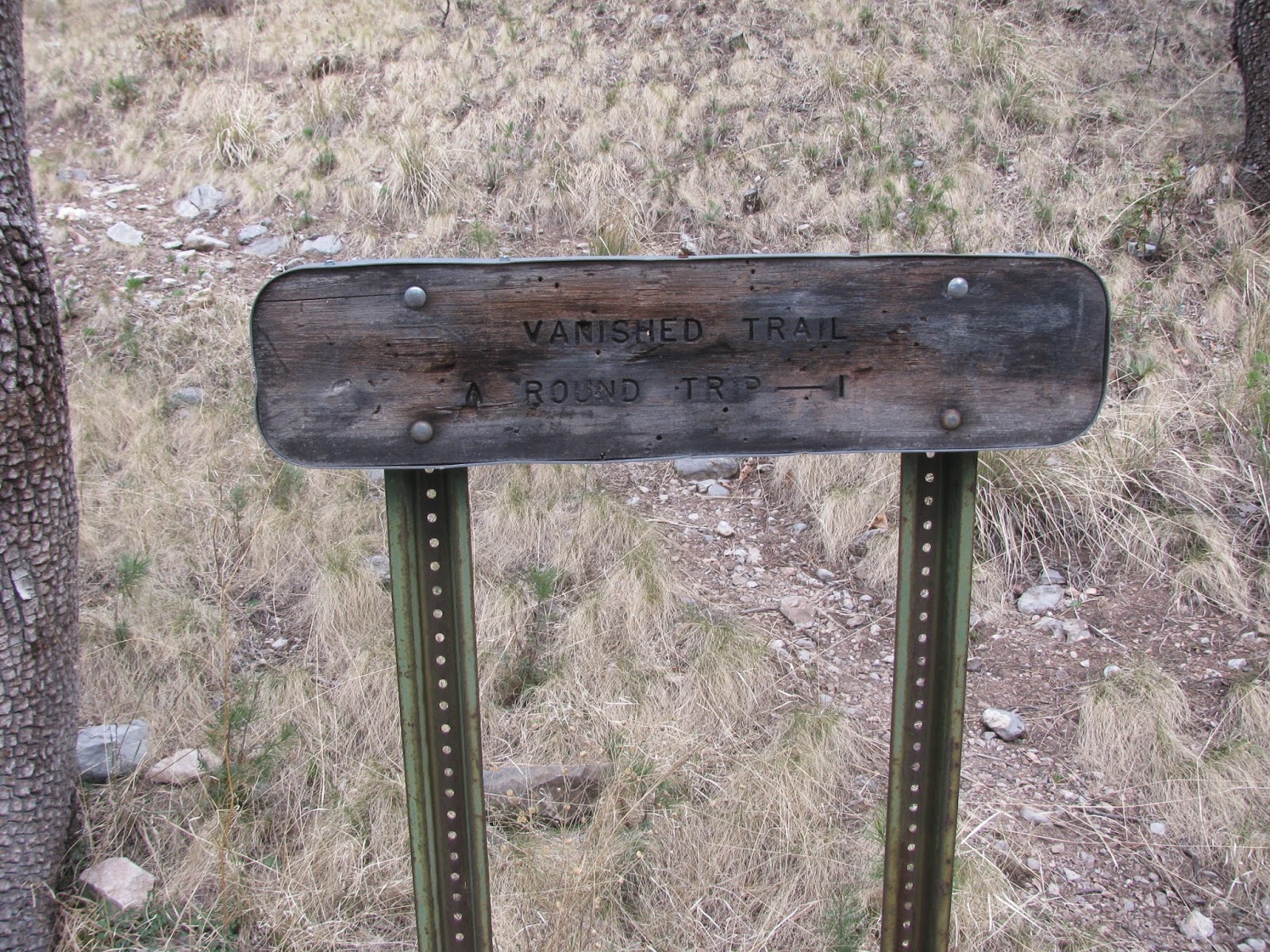 At the top of Garden Canyon on Ft. Huachuca, there used to be a Boy Scout Cabin, but it burned down and was removed.  We drove up Garden Canyon and found the site of the old Boy Scout Cabin, then noticed a small trail called the Vanished Trail just south of where it was.  The sign said the trail was 1 mile long, so we decided to hike the Vanished Trail. 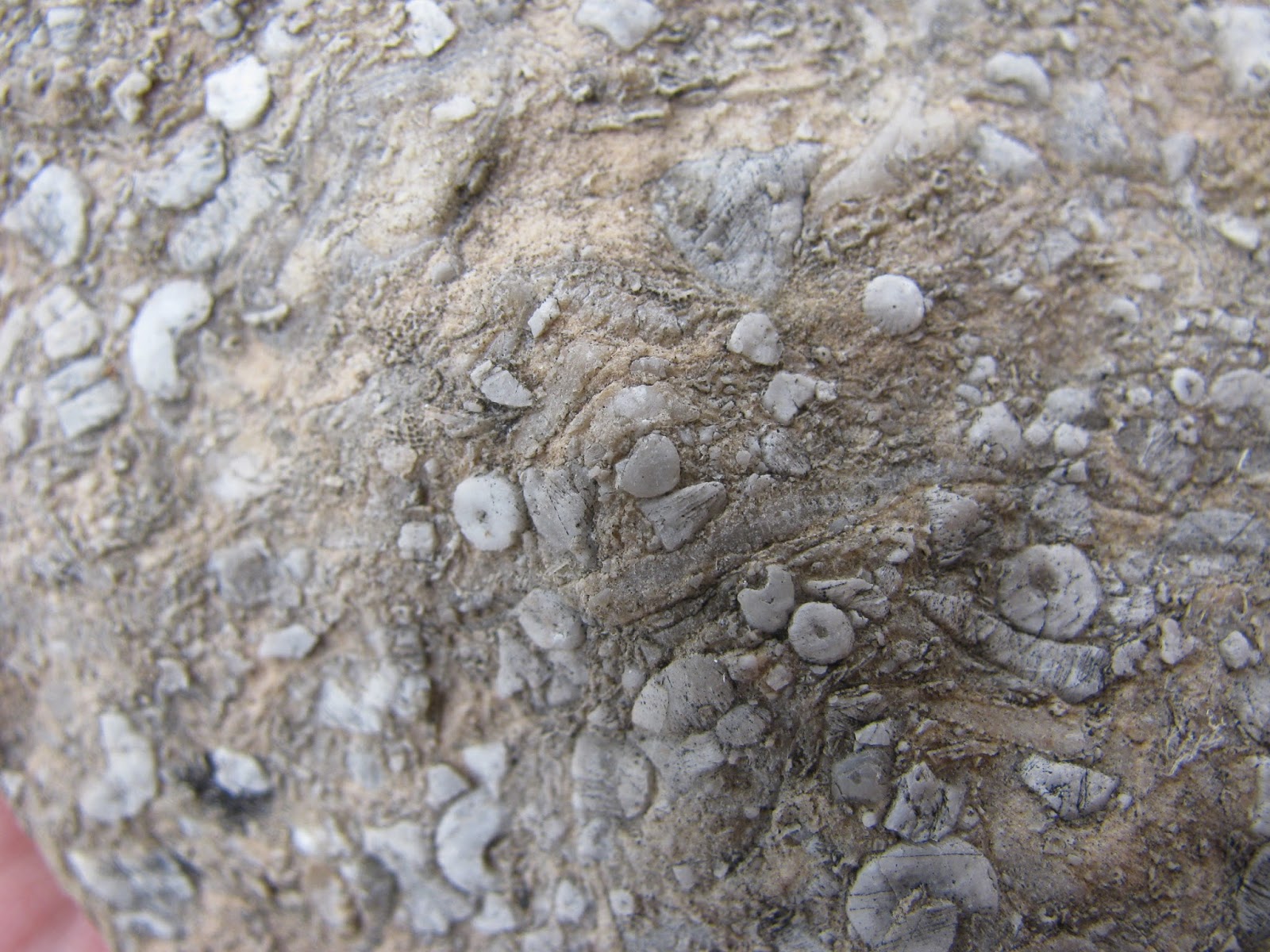 Along the way we found fossils!  Crinoid stems were pretty abundant in some areas of the limestone.  We spent a while looking for fossils and actually found a scorpion under one of the rocks we turned over.  Be careful if you go looking!  Don't put your fingers where you can't see what's lurking! 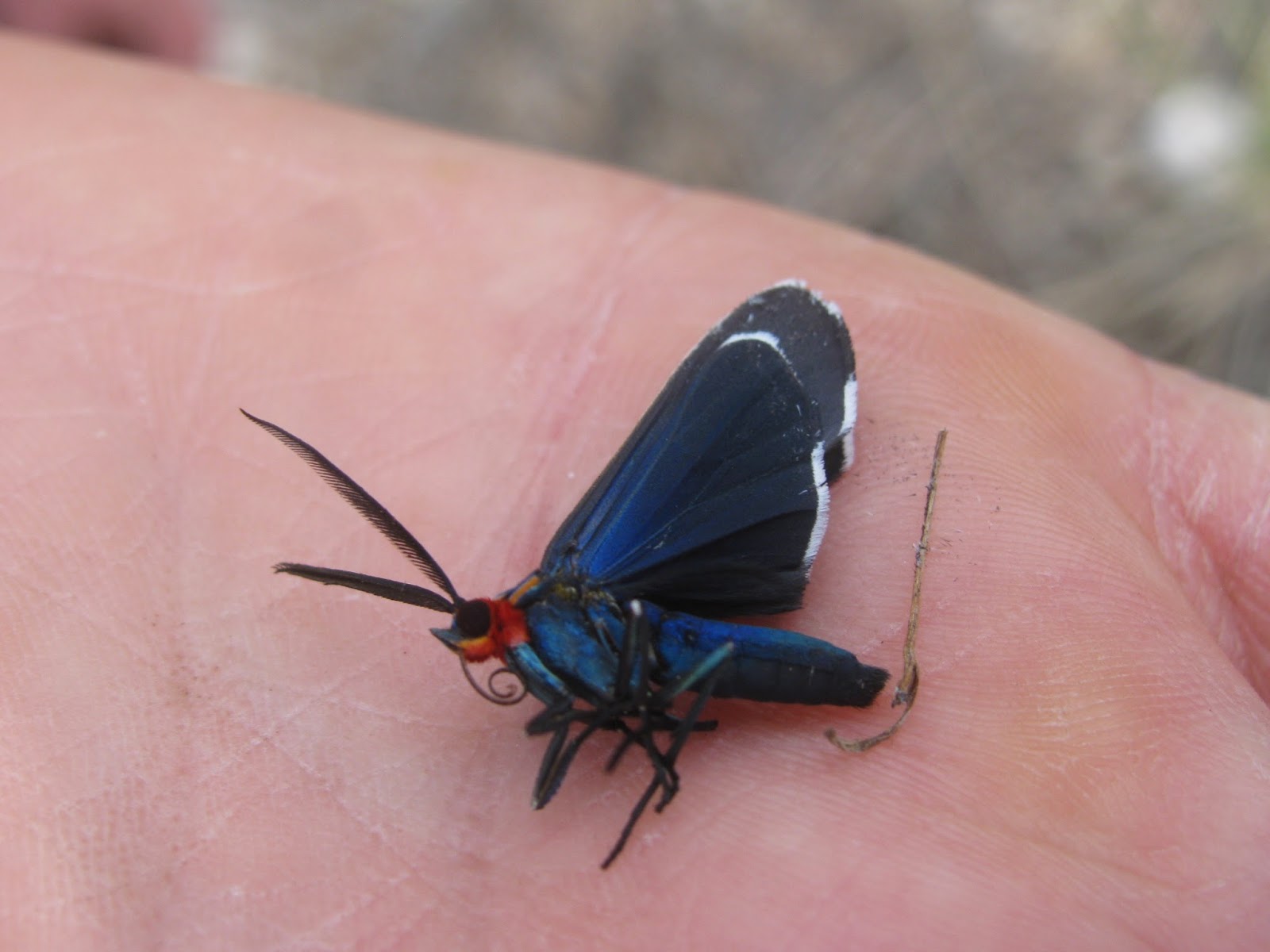 This dead moth caught my eye as well.  It's red head and bluish sheen on it's wings and body made it a pretty insect. 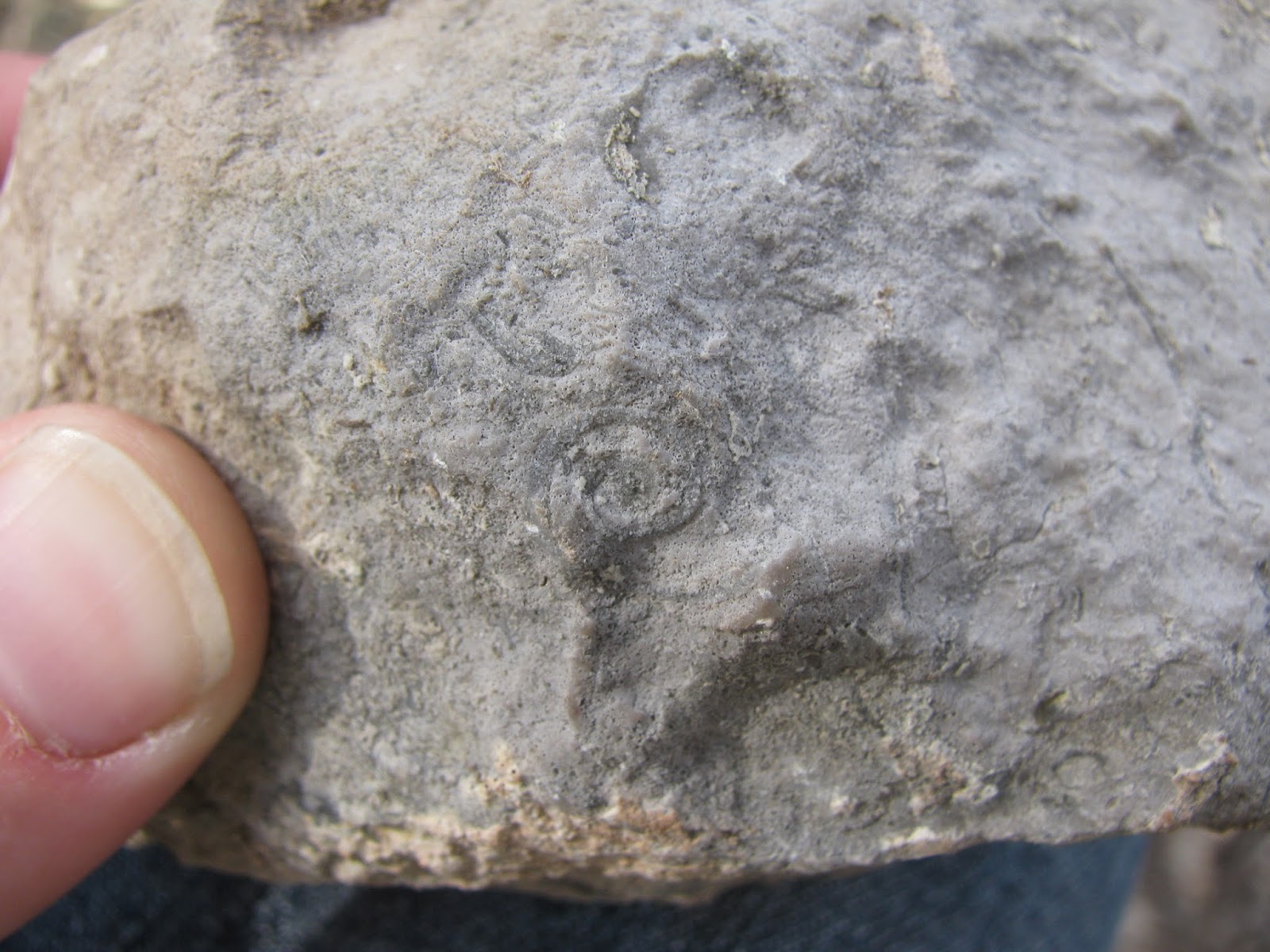 The best fossil we found was this small spiral.   The trail winds and splits several spots, so if you're not careful you will find that the Vanished Trail is appropriately named. 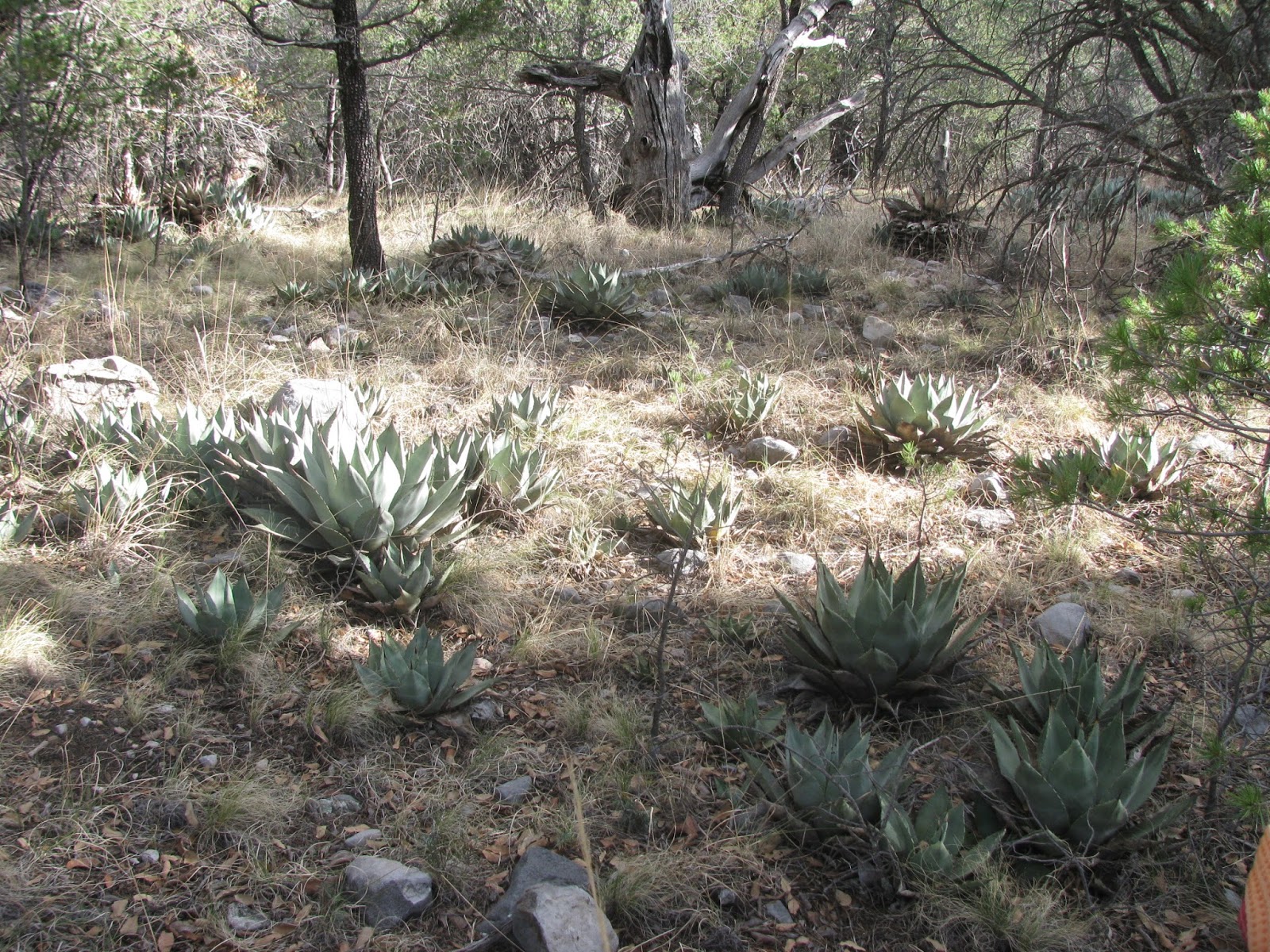 We also enjoyed all of the agaves.  Some spots along the trail literally had dozens of agaves in a small area.  It's the most dense collection of agaves I've ever seen. 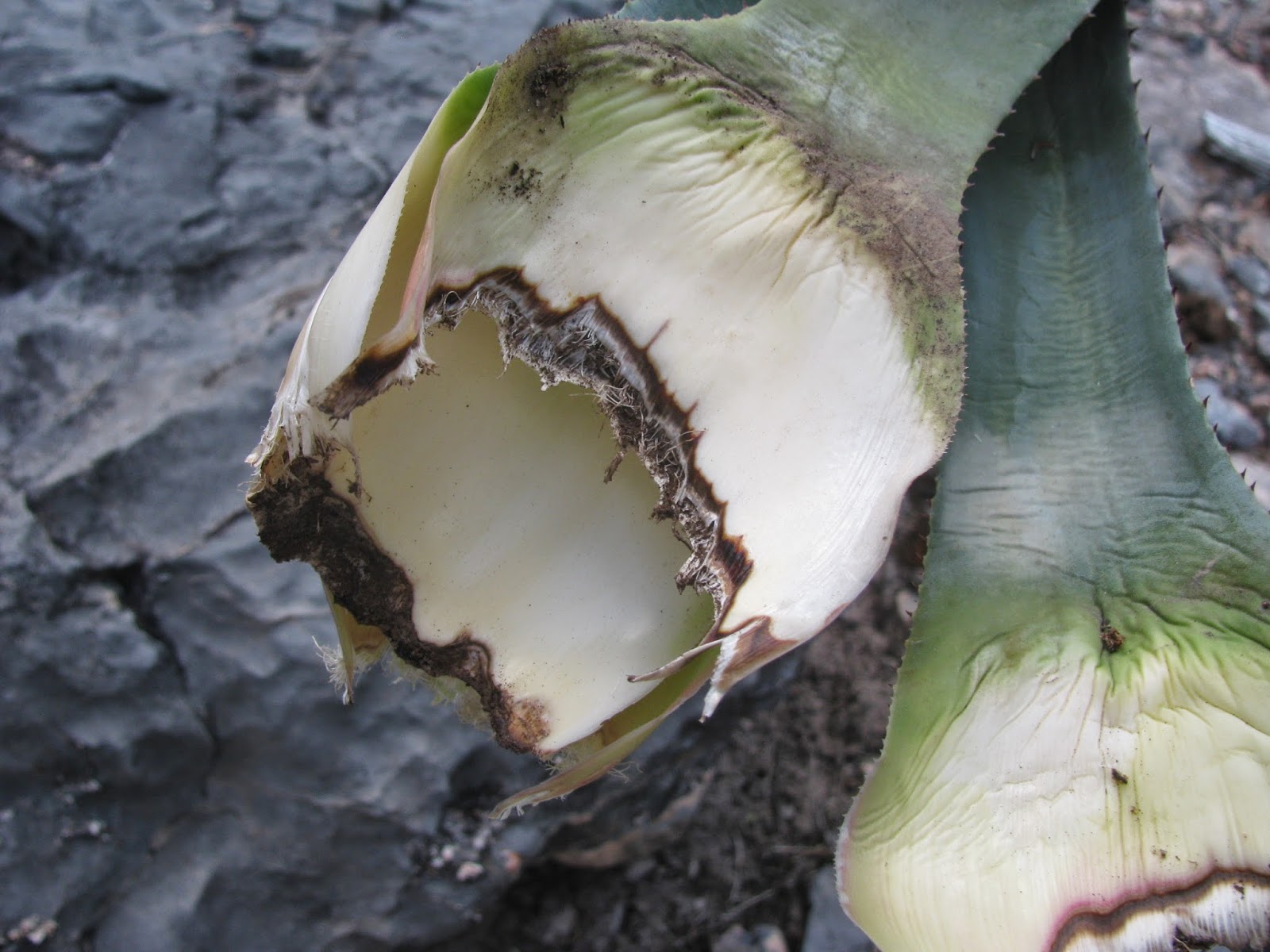 At the top, we dropped down to a dry streambed where the trail disappeared.  Maybe it just goes to the streambed, but anyway, we lost the trail at the streambed, but that was ok.  The streambed would have water in it with nice pools during monsoon season between July 4 and Labor Day.  We gave the kids a snack and took a short break.  While we were on the break and I went looking for the trail I found a few water bottles with labels printed in Spanish and then even something more crazy.  I found an agave that had been torn apart and eaten like one eats an artichoke!  You could see the teeth marks and everything on the base of the leaves!  The agave kind of freaked my wife out a little bit, so we packed up and headed back down to go home.  When you're in the Huachuca Mountains, even on Fort Huachuca, be alert for illegal aliens.  They definitely go through here!