The Lavender Pit and the Copper Queen Mine 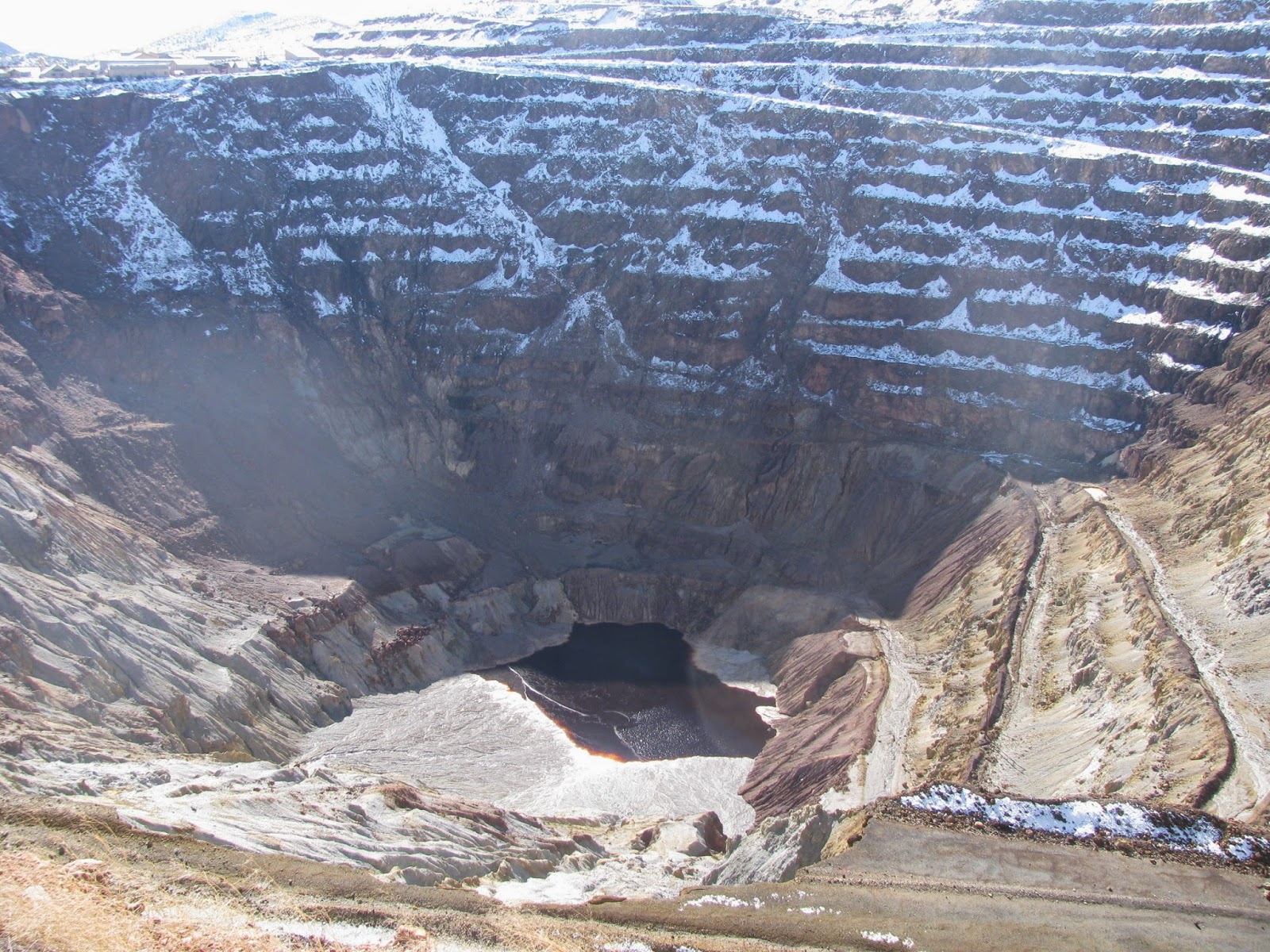 Cochise County is an interesting place.  It's largest city, Sierra Vista, is probably the only the 4th best known location in the county, trailing Tombstone, Bisbee, and Ft. Huachuca.  We've talked to a number of people, including those from Arizona who don't know where Sierra Vista is.  But inevitably they've heard of Tombstone and Bisbee.
We've gone to Bisbee several times and it's an "interesting" place.  It definitely has better architecture than Sierra Vista does.  But they artistic element there can be less then kid friendly if you want to teach your children morality.
On the southeast side of Bisbee is the Lavender Pit.  There's a viewing area that's right off of the highway where you can pull off and get out and take a look.  I highly recommend it. The Phelps-Dodge Company, which is largely responsible for the growth of Bisbee, dug the Lavender pit from the 1950's to the 1970's to extract low-grade copper ore which was unprofitable to develop any other way.  The nearby Copper Queen Mine was run for many years extracting the high-grade ore, but when that was exhausted, the Lavender Pit (named after Horace Lavender) rebirthed life into the town.  The mining days of Bisbee are now largely past and now there is a lot of reclamation of the land once used for mining.  South of town you can see large hills that have been graded and re-seeded to restore the area from a mining dump to desert hillside once again.