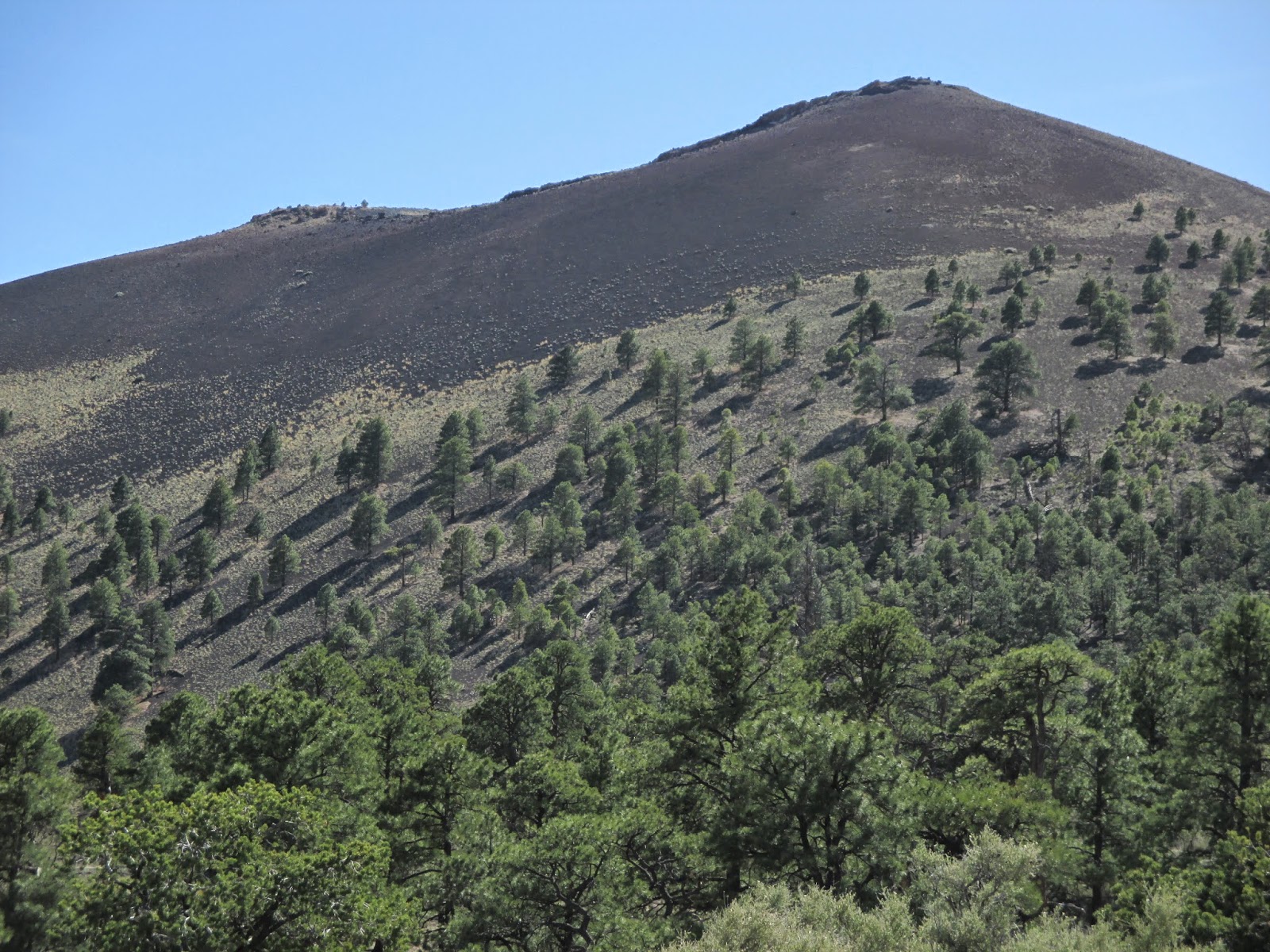 After leaving Wupatki, we continued south on the loop road to Sunset Crater National Monument.  As we climbed back toward the mountains, the geology took a rapid change from sandstone to volcanic cinders and basalt lava rock.  It was an amazing transformation.  Sunset Crater Volcano erupted approximately 1200 years ago, but the area still remains mostly desolate as the plants struggle to get a good foothold in the shifting cinders.  The National Monument was created in the mid 1900's after intense lobbying to protect the area, spurred on by a film crew wanting to blow the volcano up for a film. 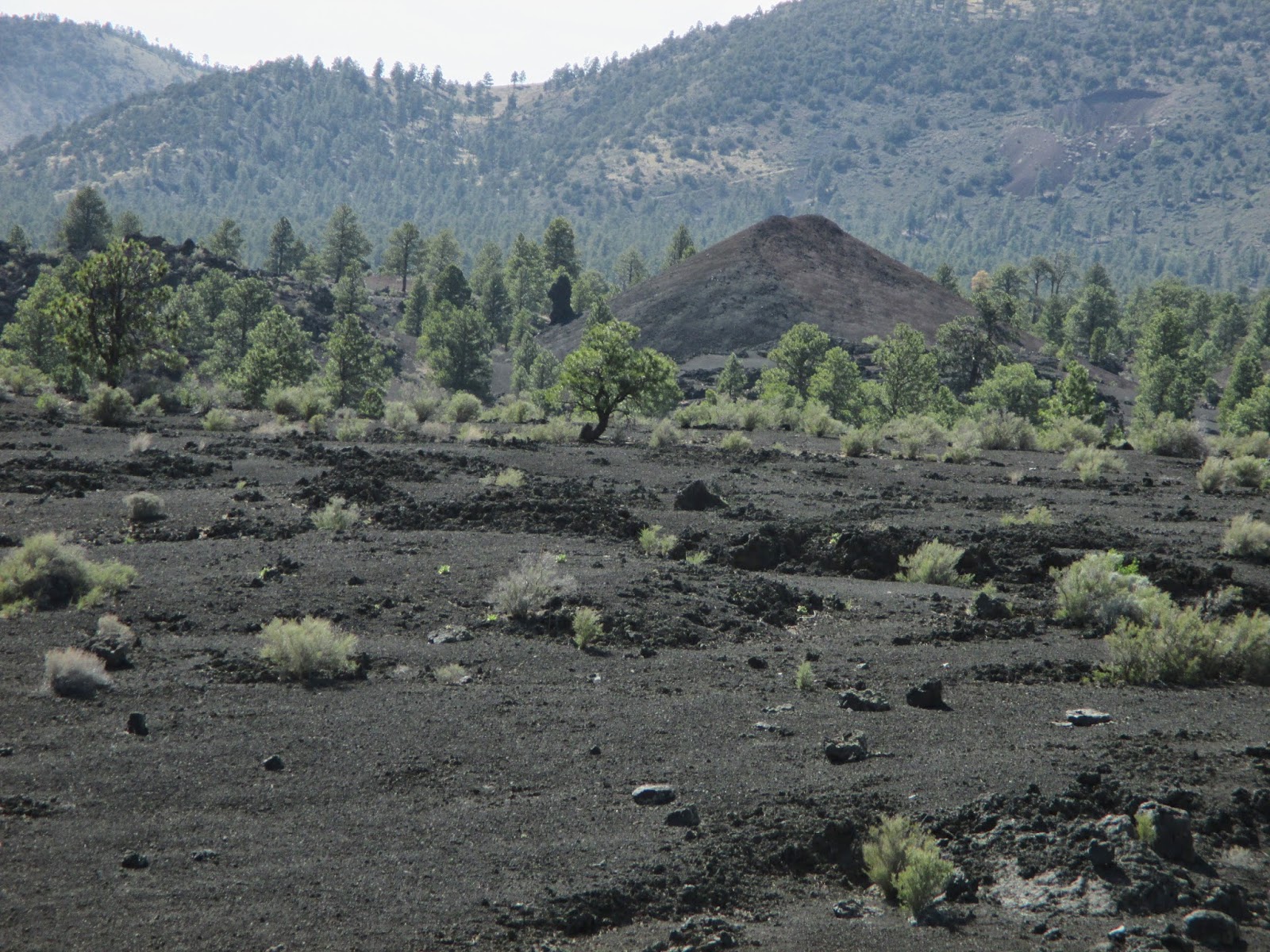 There are only a few hiking trails at Sunset Crater, and hiking to the top of the volcano is prohibited.  It was allowed at one time, but the trail ruts got to be 3 feet deep.  We stopped at the Cinder Hills Overlook for a view of the area, and looking southeast it was readily apparent that trails don't just go away after a short time of not being used here. 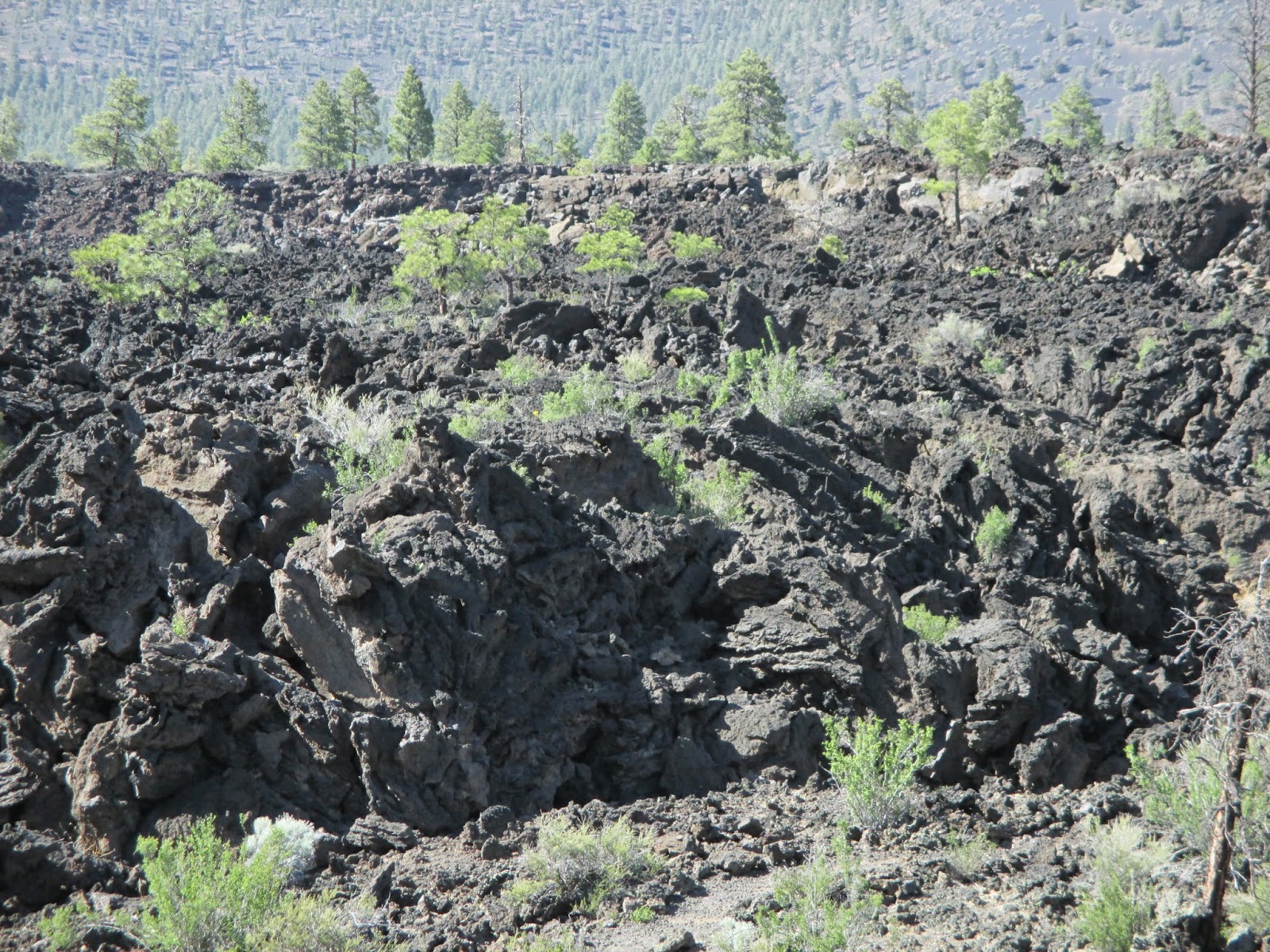 The Lava Flow Trail was a really short hike that we did go on, out among a lava flow.  It seriously looked like the area had been bulldozed because of all the broken and piled up rock.  The loop is not even 1/4 mile, but even over that short distance it is apparent that you need good footwear if you're going to hike in the lava fields.  The lava rock is really jagged and unforgiving, quite eager to catch ahold of a shoe or bare foot to tear it up. 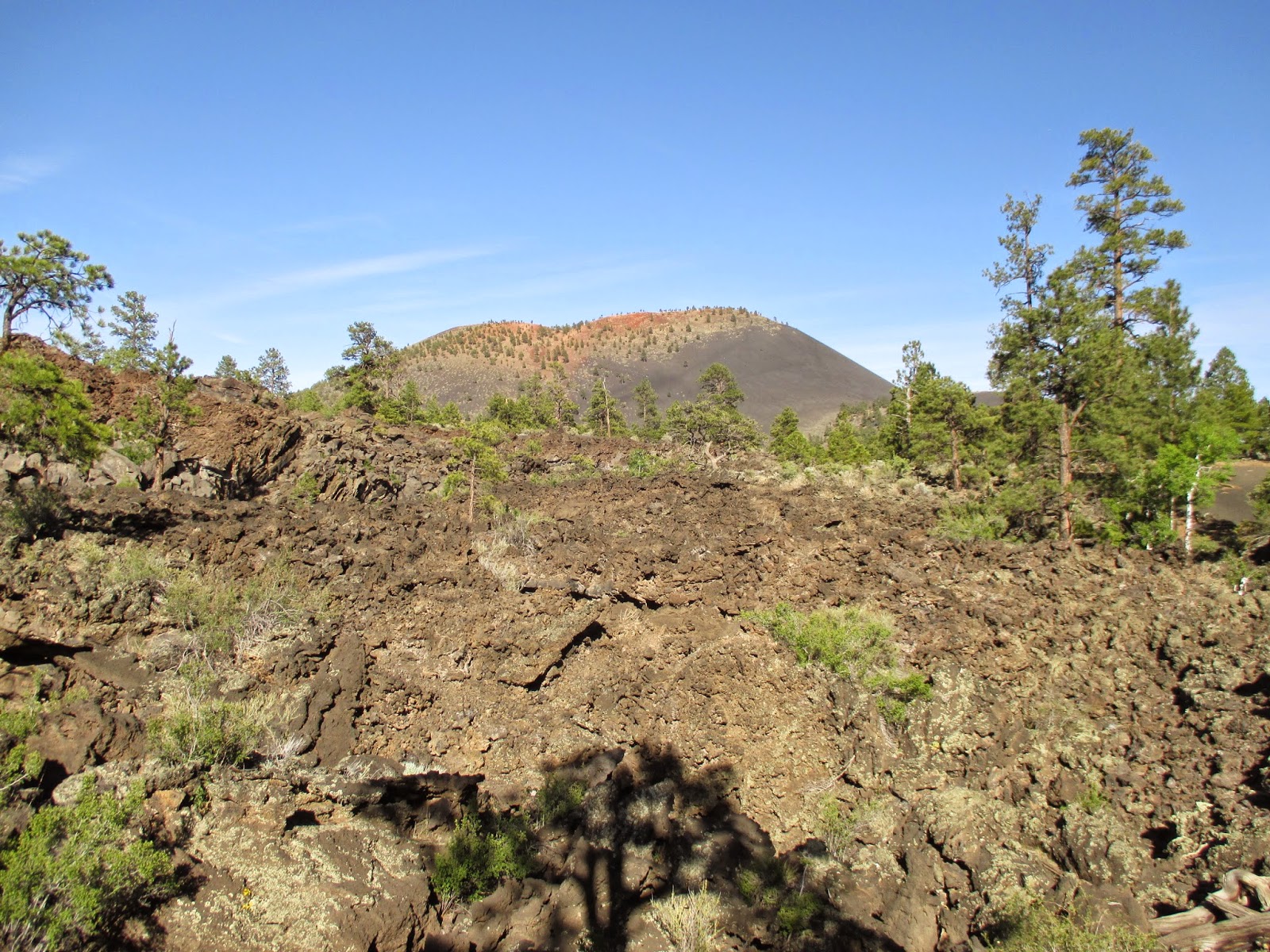 We stopped by the small visitor center museum to learn a little more about Sunset Crater and had the place to ourselves.  The museum is really small, basically with exhibits on different types of volcanic rock, ranging from pumice, to obsidian, to volcanic bombs.  There's a seismograph where you can jump on the floor and watch on a screen the vibrations caused by your jumping that was a pretty big hit for the kids.  My favorite exhibit though was one of some corn imprints in the lava rock.  The natives were around when the volcano erupted and had their own mini-migrations due to it.  Perhaps to appease the volcano they left corn and other offerings at smaller vents where the offerings were splashed with lava and burned.  The natives would then bring the imprints back to their pueblos in the region for some sort of religious ceremony.

After leaving Sunset Crater, we found a campsite on the National Forest land right outside of the monument.  Camping on the cinders was pretty cool, as was listening to the crunch crunch crunch underfoot as you walked around.  We woke up in the morning with ashes on our tent and our car from the Slide Fire burning north of Sedona in Oak Creek Canyon.  The fire started a day or two prior, while we were at the Grand Canyon, so we didn't know anything about it.  We packed up and drove to Flagstaff to find out about the fire.
Nearest City: Flagstaff, AZ
Location: N° W°
Time Needed: a few hours
Difficulty: easy
Kid Friendly: so-so
Additional Info:
Posted by Ben at 7:45 AM