A quiet morning at Elden Pueblo 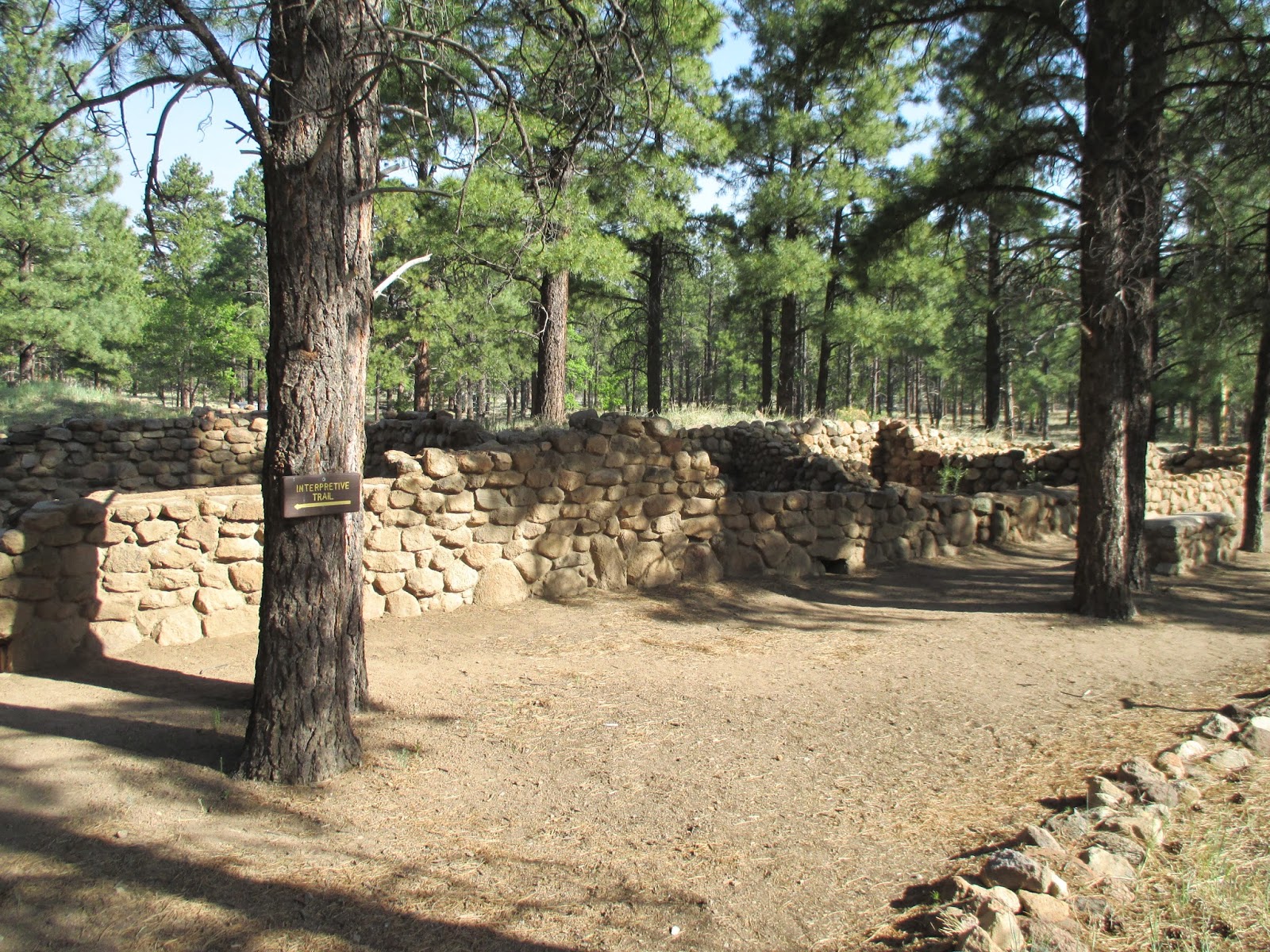 When planning our Northern Arizona trip, I didn't know about Elden Pueblo, so our stop here was a nice bonus add-on.  We noticed it off on the north side of Highway 89 as we were driving out of Flagstaff to go to the Grand Canyon, and made a mental note that we should stop and visit it on our way back through.  I'm glad we did.  Most of the pueblo ruins that I've visited are out in the desert, surrounded by desert brush, but Elden Pueblo is in a ponderosa pine forest.  Just the change in scenery for ruins was pretty cool. 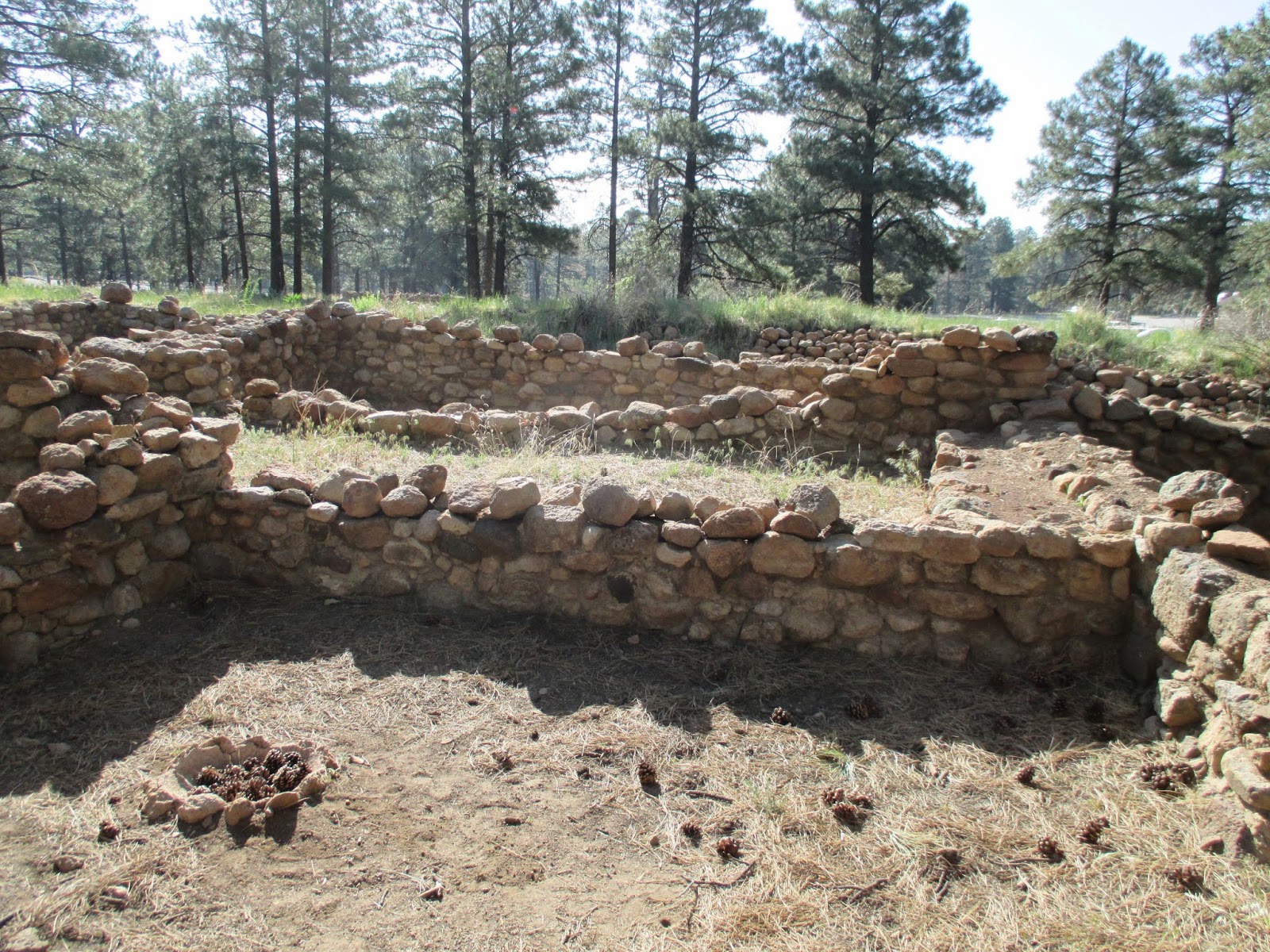 Elden Pueblo was discovered in the 1920's and excavated by several teams.  Pots found were sent to the Smithsonian, with many other artifacts being kept locally by Northern Arizona University.  The name Sinagua (without water) was first attributed to the builders of Elden Pueblo, then gradually expanded to the surrounding area as other sites were excavated and commonalities were noted. 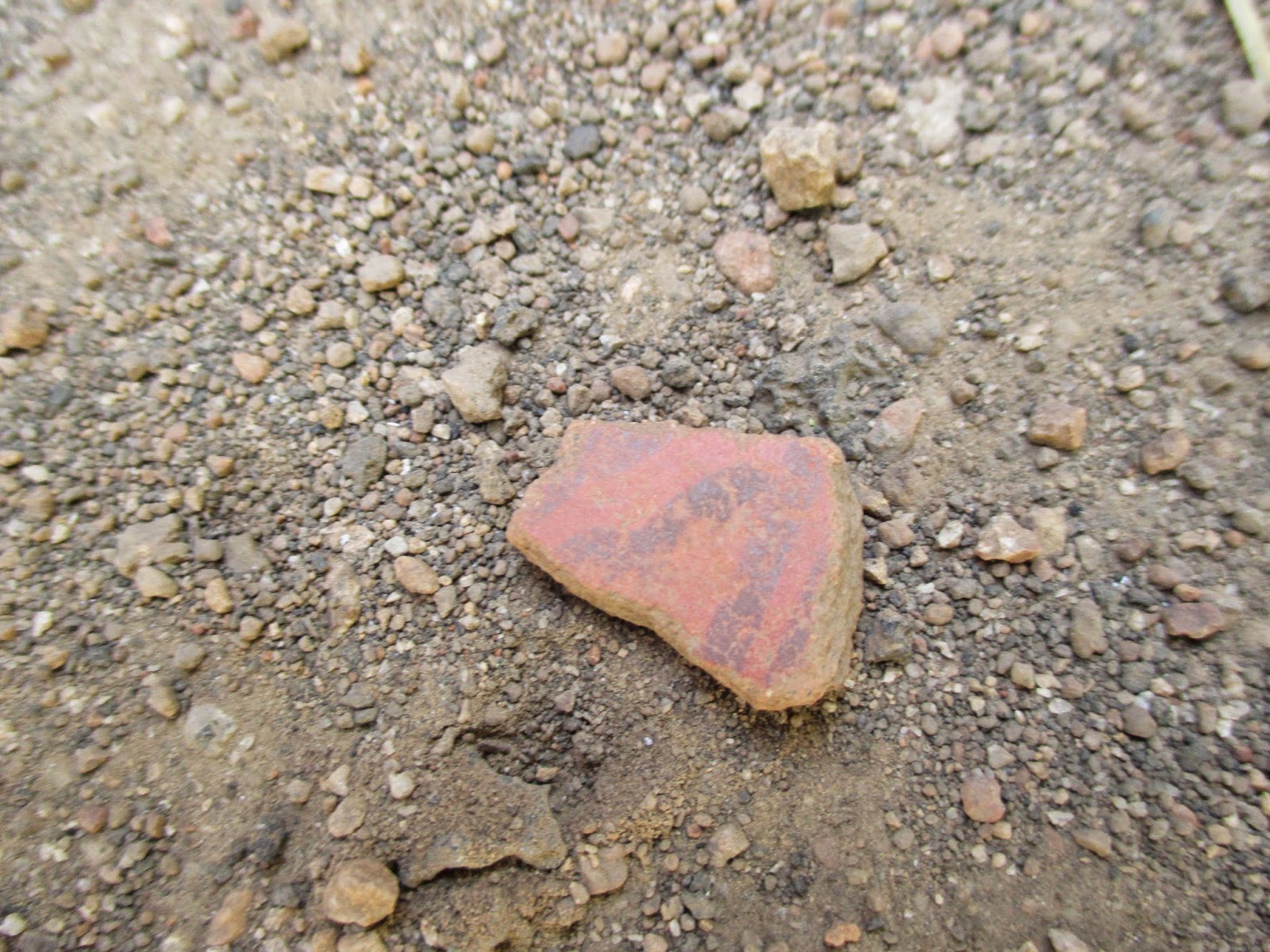 Elden Pueblo is still being excavated, with some areas on the west side covered in tarps when we visited in May 2014.  Archeologists think that Elden Pueblo played a major role in a trading network, having found macaw skeletons there from Mexico and Central America, as well as many other artifacts from a large variety of places.  I liked wandering the trail encircling the ruins, and noticed many pottery pieces laying in the dirt, such as this red on black piece. 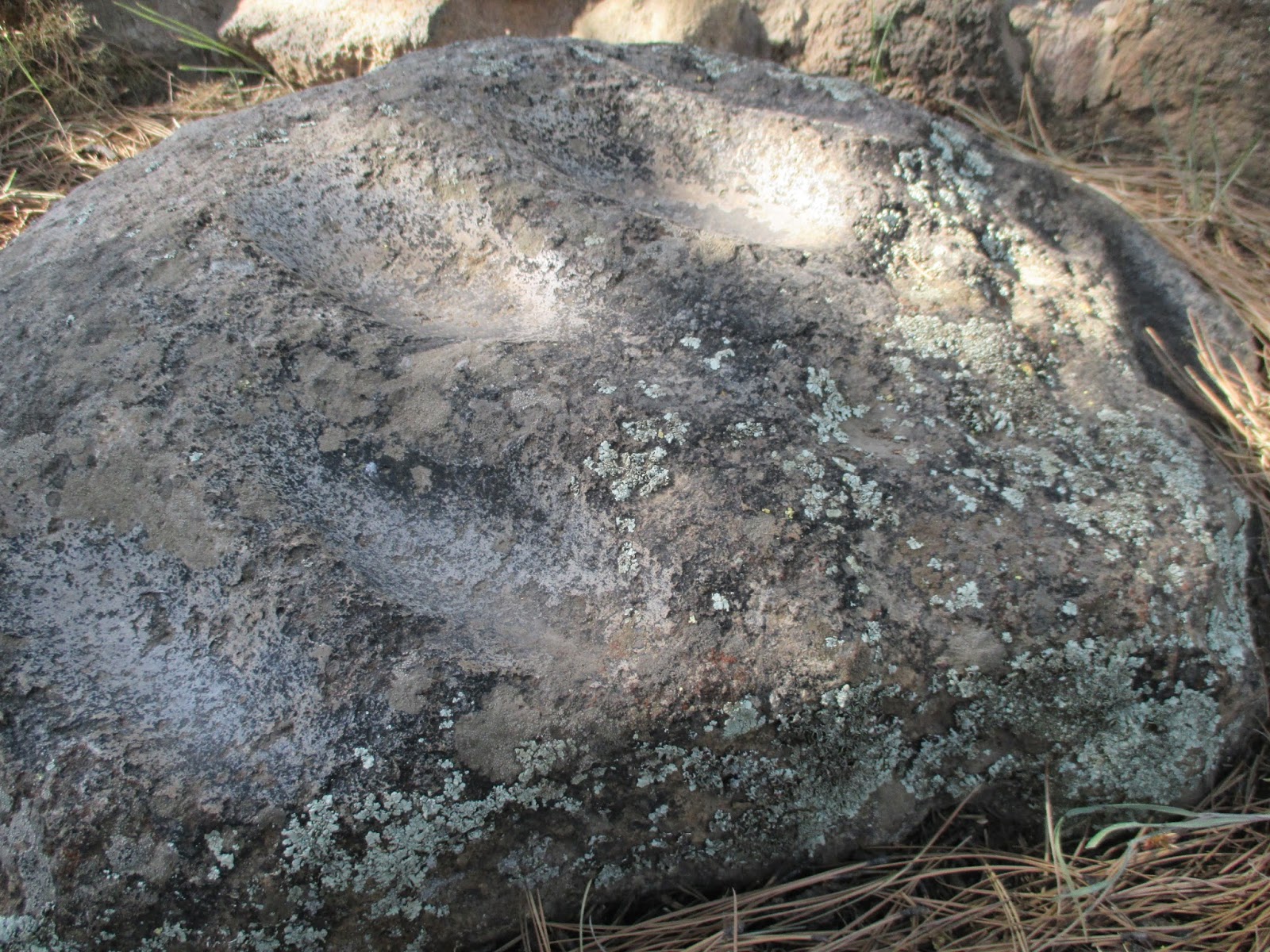 This stone on the east side of the pueblo has several grinding indentations from use as a metate.  We had the place to ourselves, but it was rather unusual to be wandering a ruin in a pine forest with traffic and city noises in the background.  Flagstaff has built out to the point that Elden Pueblo is almost engulfed by the city.  Sometimes history repeats itself- Elden Pueblo was once part of a large transportation & trading network, and Flagstaff largely benefitted from it's position on Route 66.  We climbed back in and drove to town to do some trading of our own and find out more about the Slide Fire and make some determinations on how it would impact plans for our trip.