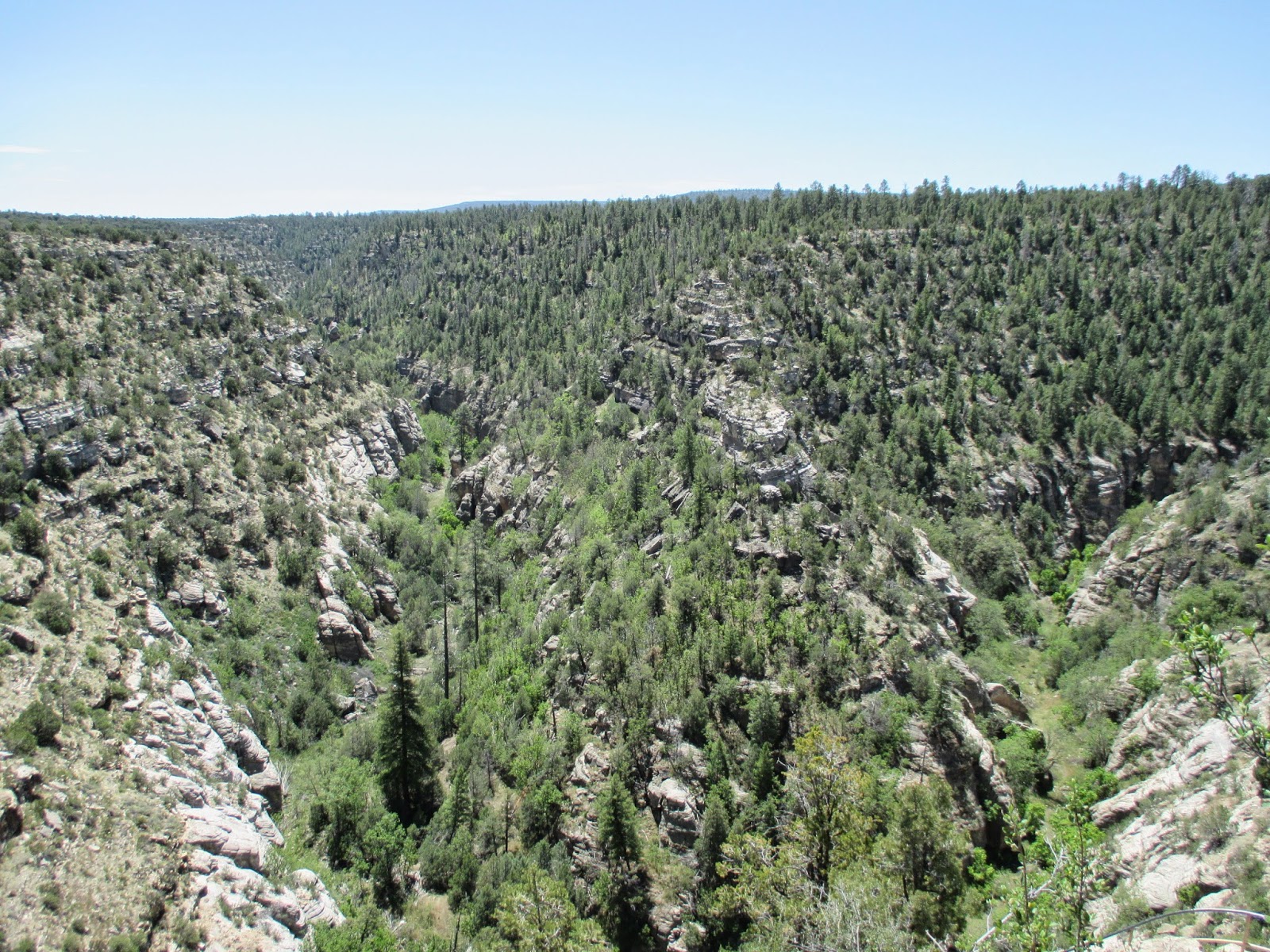 We arrived at Walnut Canyon mid-morning on a Wednesday and the first think I noticed was the number of cars in the parking lot.  It wasn't overcrowded by any means, but it there were definitely more people at Walnut Canyon then there were at any of our previous stops since we left the Grand Canyon.  We took our time and made pancakes in the picnic area, then loaded up and went inside the visitor center/museum.  The museum is rather small, essentially consisting of one room with exhibits around the walls.  After stamping the kids National Parks Passports, we stepped outside for the descent into Walnut Canyon. 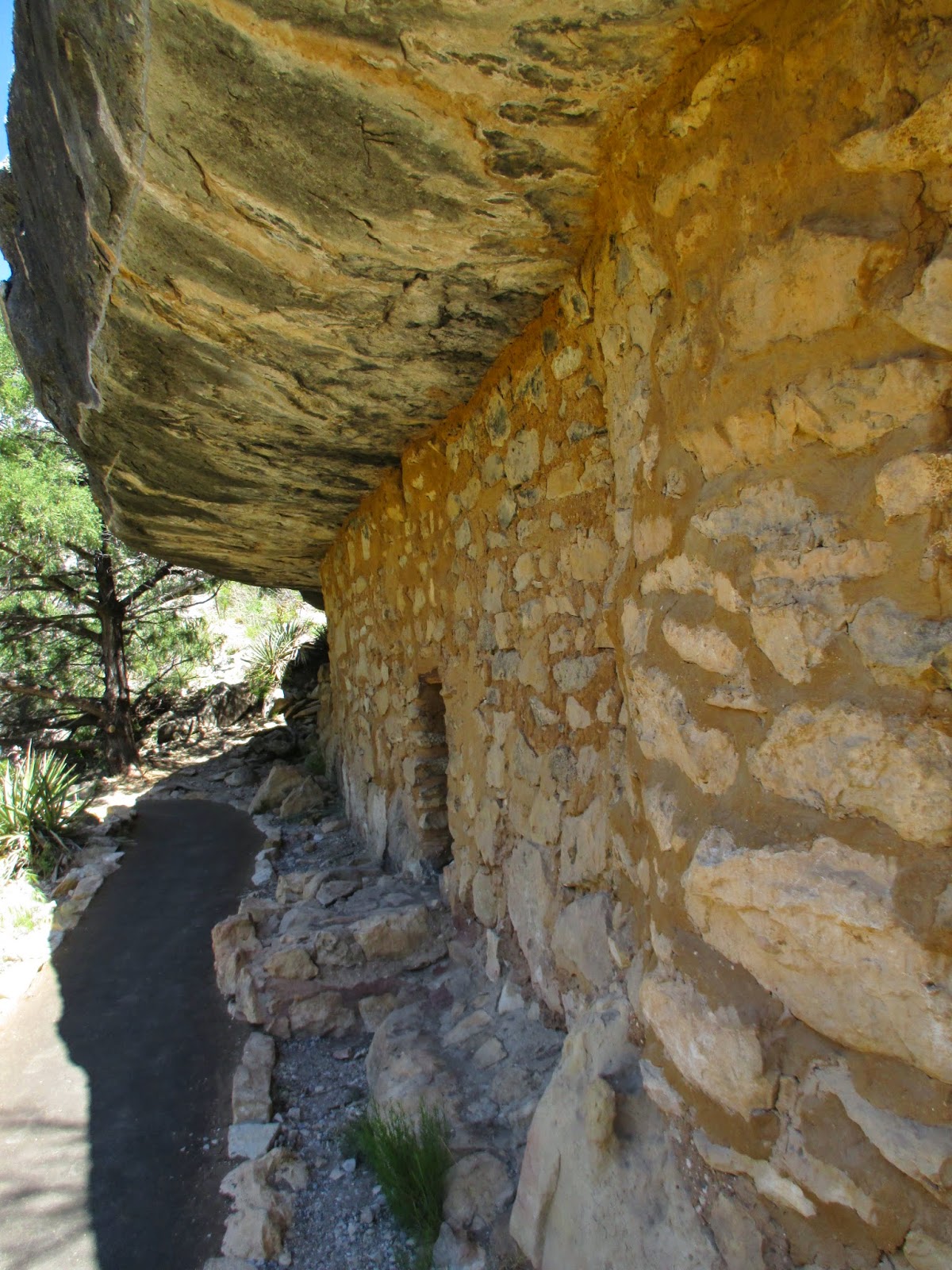 The main attraction at Walnut Canyon is cliff dwellings, ruins left behind from the Sinagua people who lived here about 1000 years ago.  Although there are ruins scattered along both sides of the canyon for quite a ways, the only ruins that you are allowed to approach and look at up close are ones located around "the island", a raised meander that juts up from the floor of Walnut Canyon.  Of the ruins that the path goes by, about half of them are open for you to go inside, while the best preserved of them are closed by the Park Service.   For example, the better preserved ruin in the picture above is closed to entry, but the ruin below with significant walls broken is open to entry. 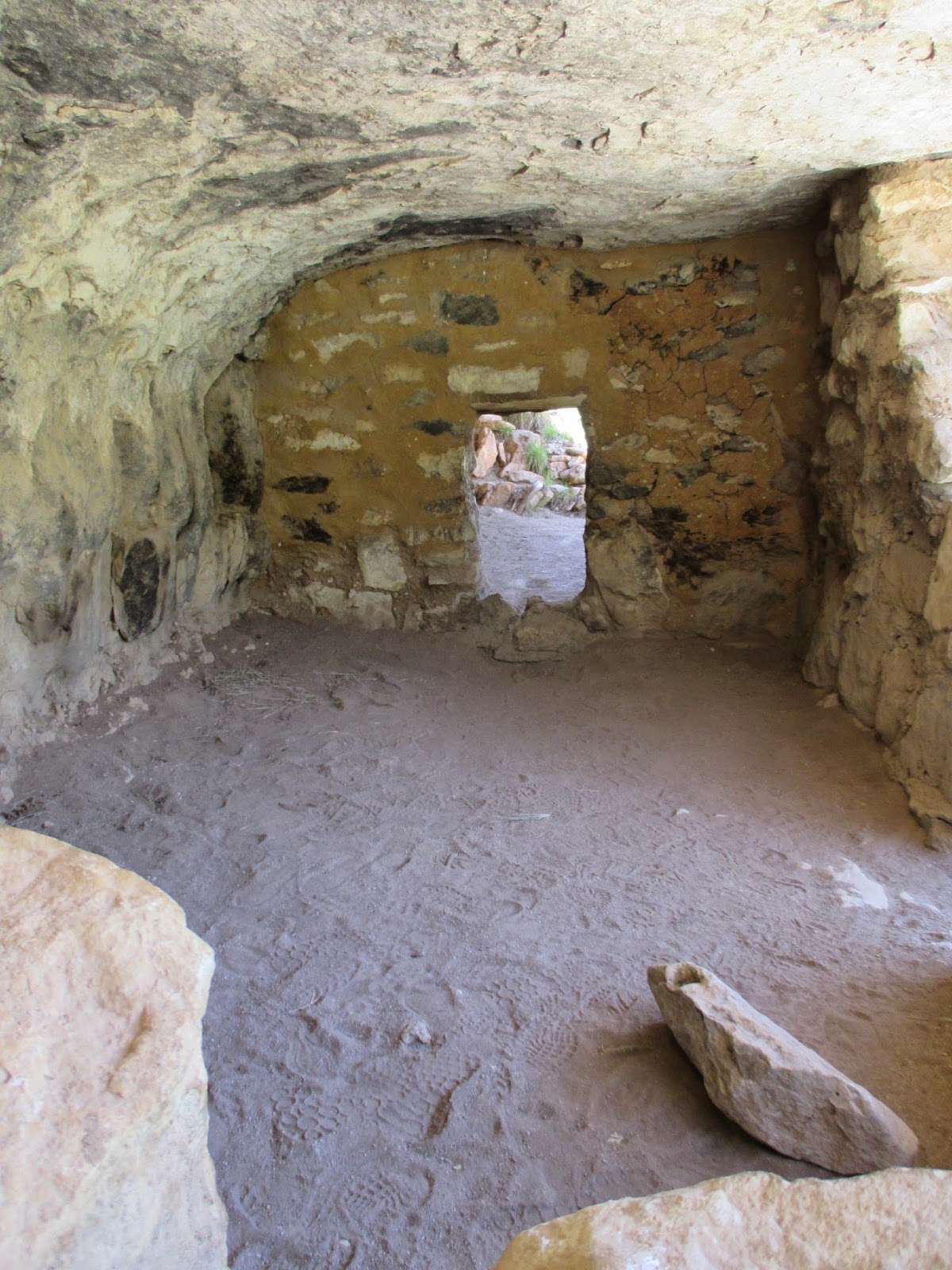 While we were there, a work crew was repairing part of the trail, so we were not able to do the loop, but instead had to turn around about 100 feet from where the trail breaks into two.  We hiked back, then did the long climb back up to the visitor center.  Back on the rim, we went and saw the pueblo and pithouse ruins that are east of the visitor center.  Overall, I'd say Walnut Canyon is the second best National Monument in the Flagstaff area for ruins.  It's more restrictive than Wupatki, and the ruins are not as fun to explore.  It's still worth a visit.

Nearest City: Flagstaff, AZ
Location: N° W°
Time Needed: 3 hours
Difficulty: Moderate- the stairs down into and back out of the canyon are the only way to the ruins
Kid Friendly: Yes
Additional Info:
Posted by Ben at 7:21 AM