Wupatki: the best National Monument in the Flagstaff area 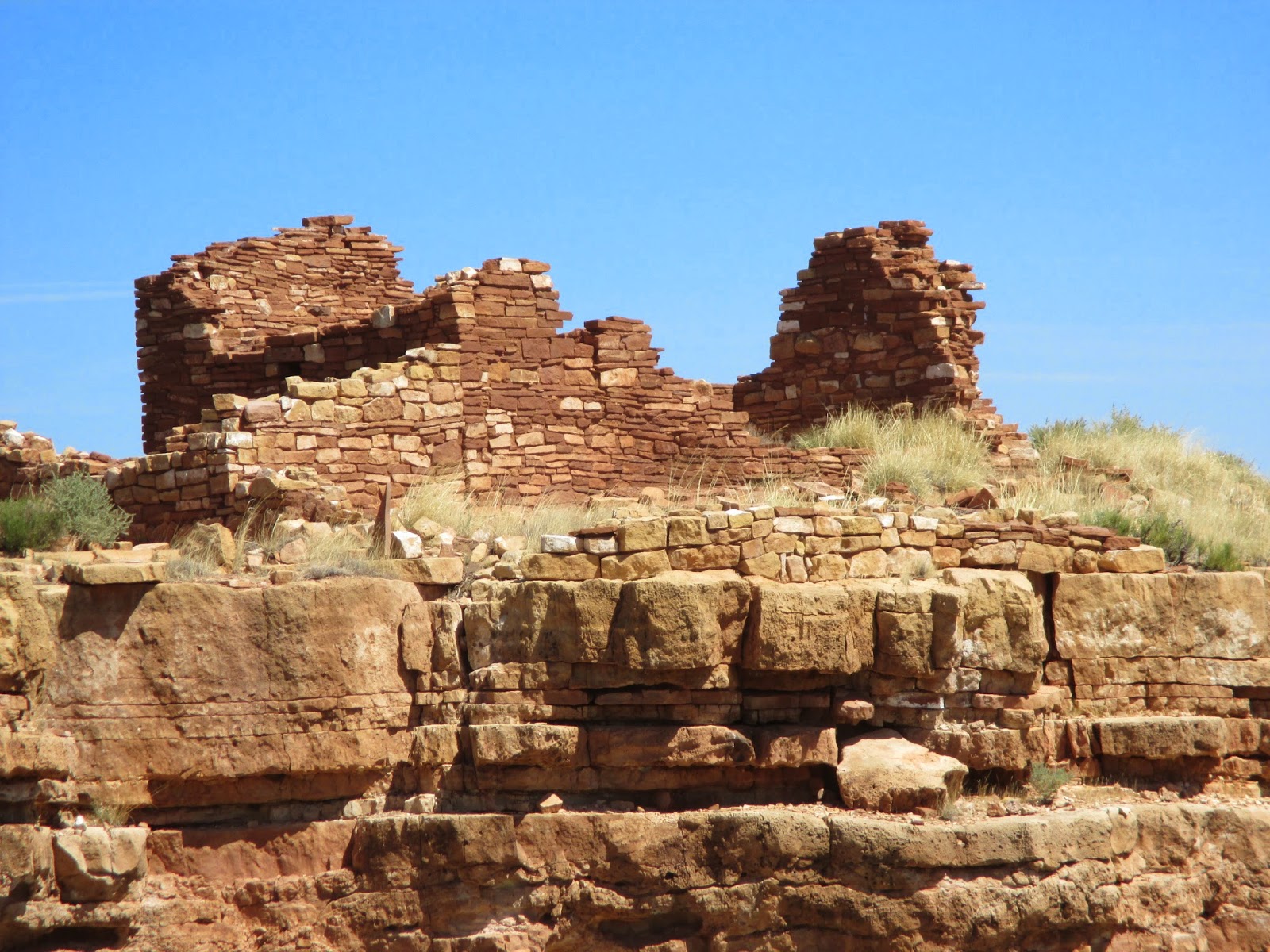 After we left the Grand Canyon, we drove south on Highway 89 toward Flagstaff.  Several miles north of town, we turned east into Wupatki National Monument.  Wupatki was created to preserve numerous pueblos from excavation and being destroyed in the early 1900's.  I absolutely love Wupatki!  It's quite easily the best national monument in the Flagstaff area.  Our first stop was at the Lomaki Ruins. 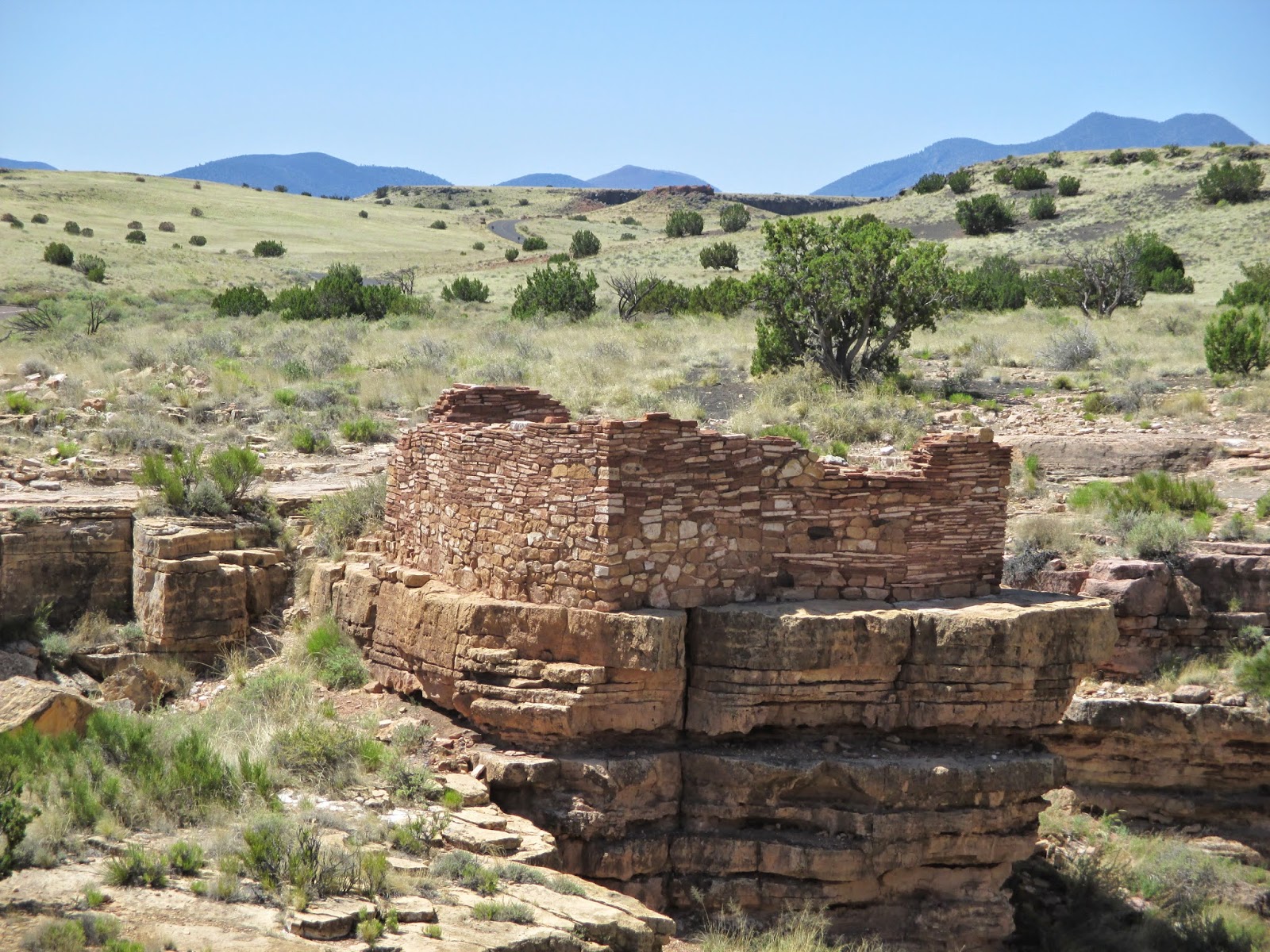 The short hike at Lomaki is about 1/2 mile long (round trip) and goes past 3 ruins, although several more can be seen on the surrounding hilltops.  The ruins here are built along the high banks of an eroded wash.  The inhabitants built the ruins and also numerous dams in the wash to hold back water from the rains to keep it from running off, allowing them to grow crops and water small fields. 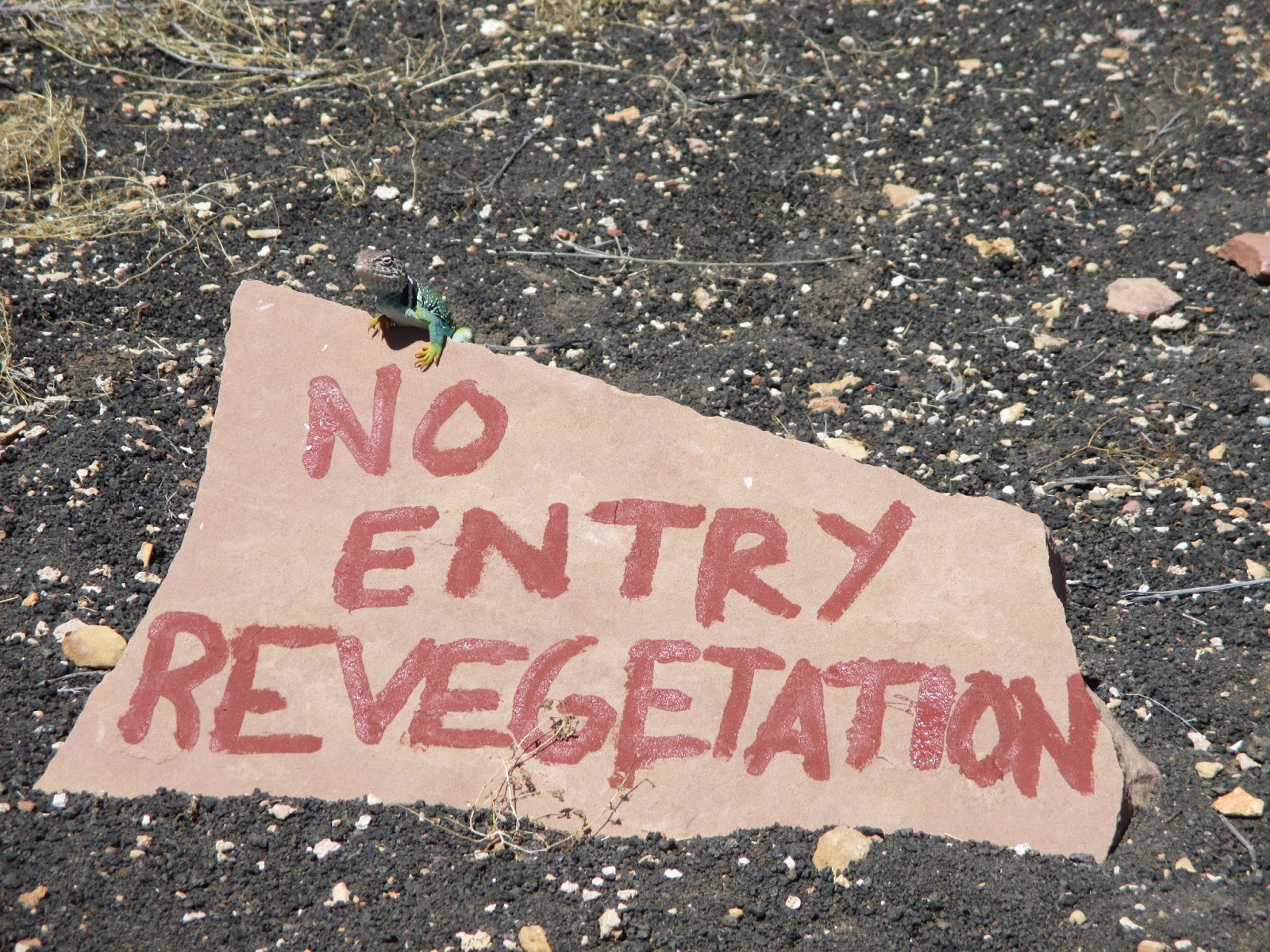 We saw numerous collared lizards, in late May, such as this one who happened to know where the boundary was to prevent two little kids from chasing him.  Another colorful male was successfully making his best overtures to a more camouflaged female (look dad- They're doing piggyback rides!....um, yup..uhh yeah,.....piggyback rides!). 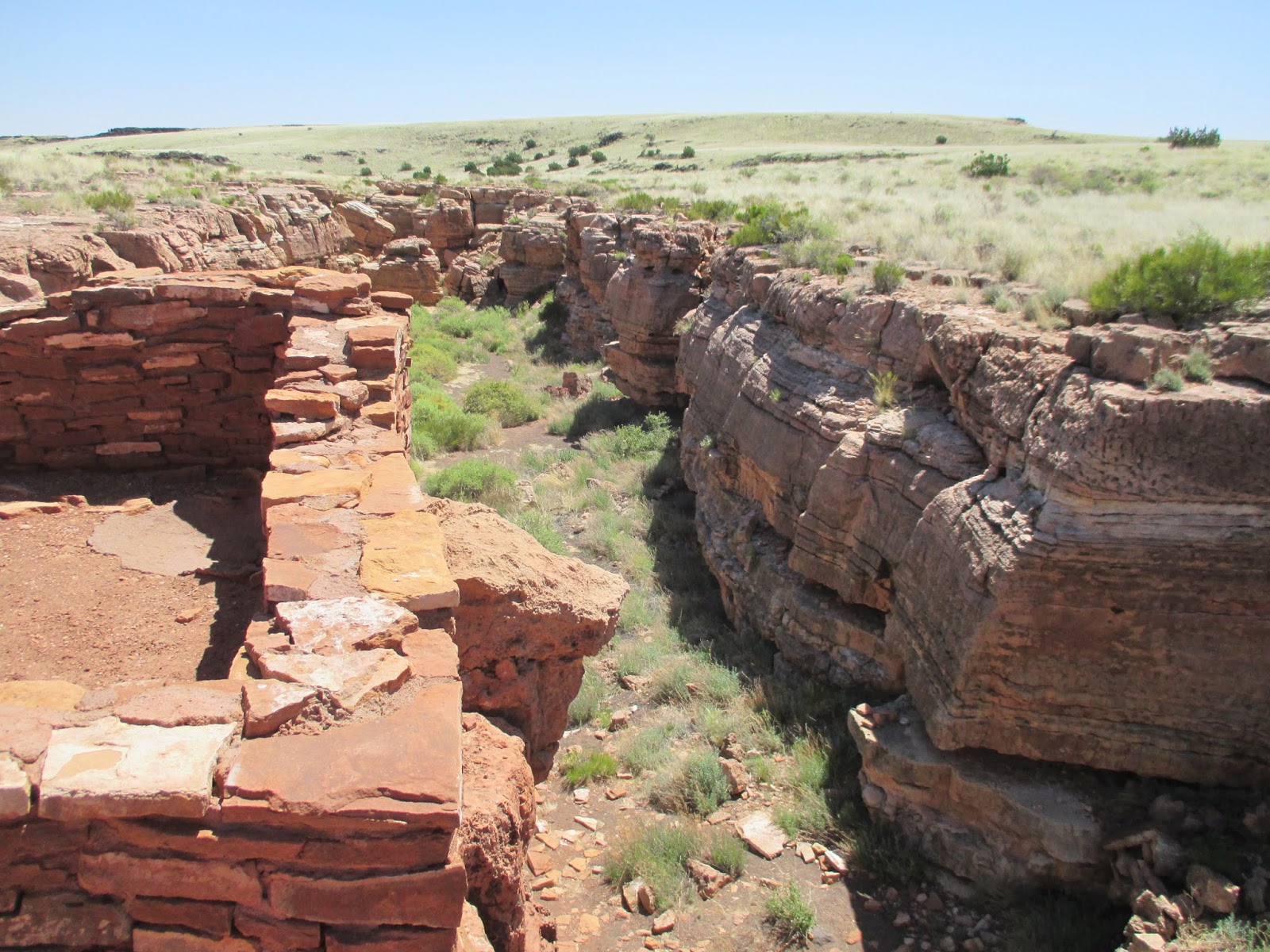 The largest ruin at Lomaki is right on the edge of a large wash, with cliffs about 10-15 feet down to the bottom of the wash. 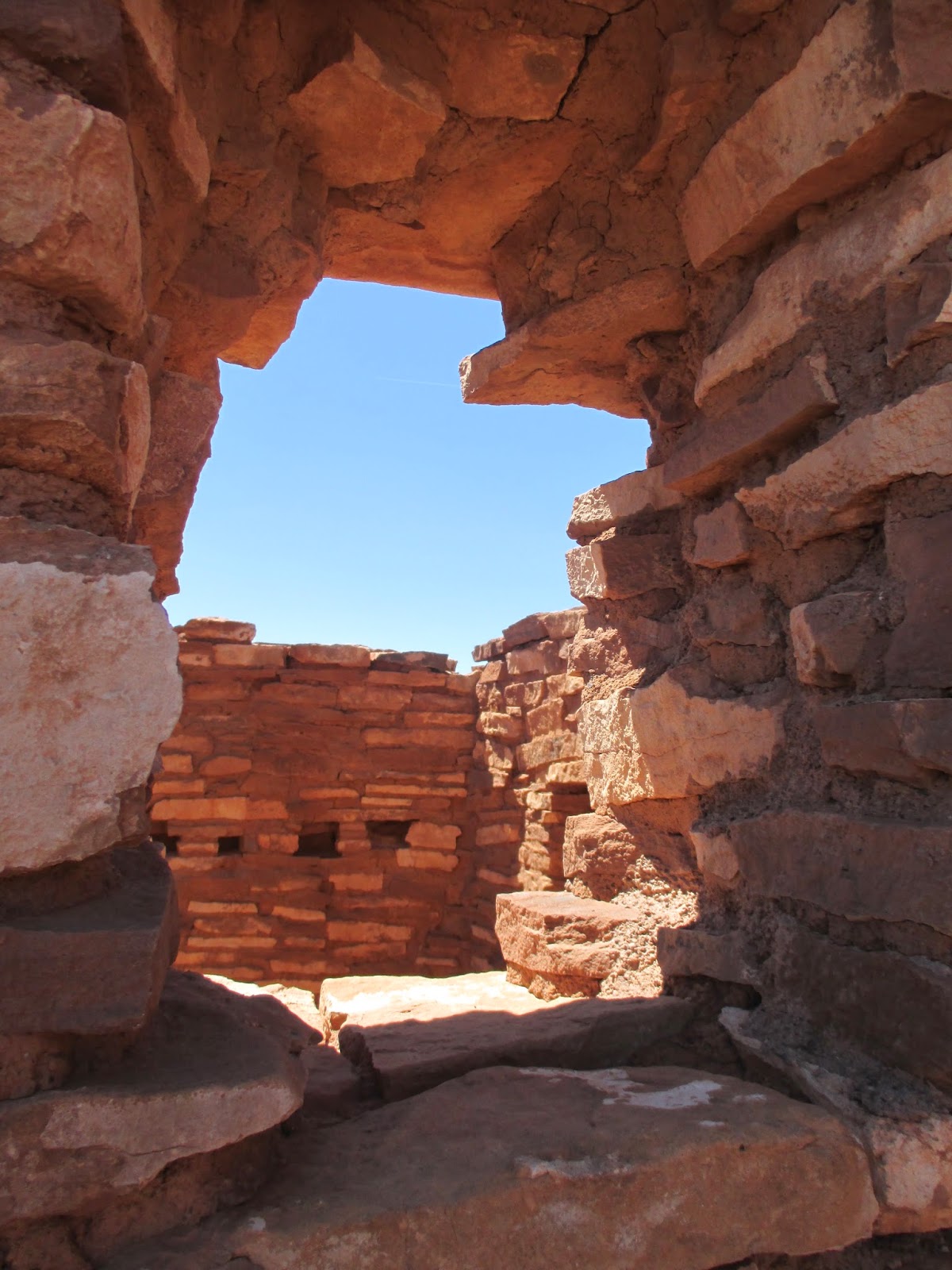 It is pretty well preserved, with numerous walls still standing, as well as some windows and doorways to peek through. 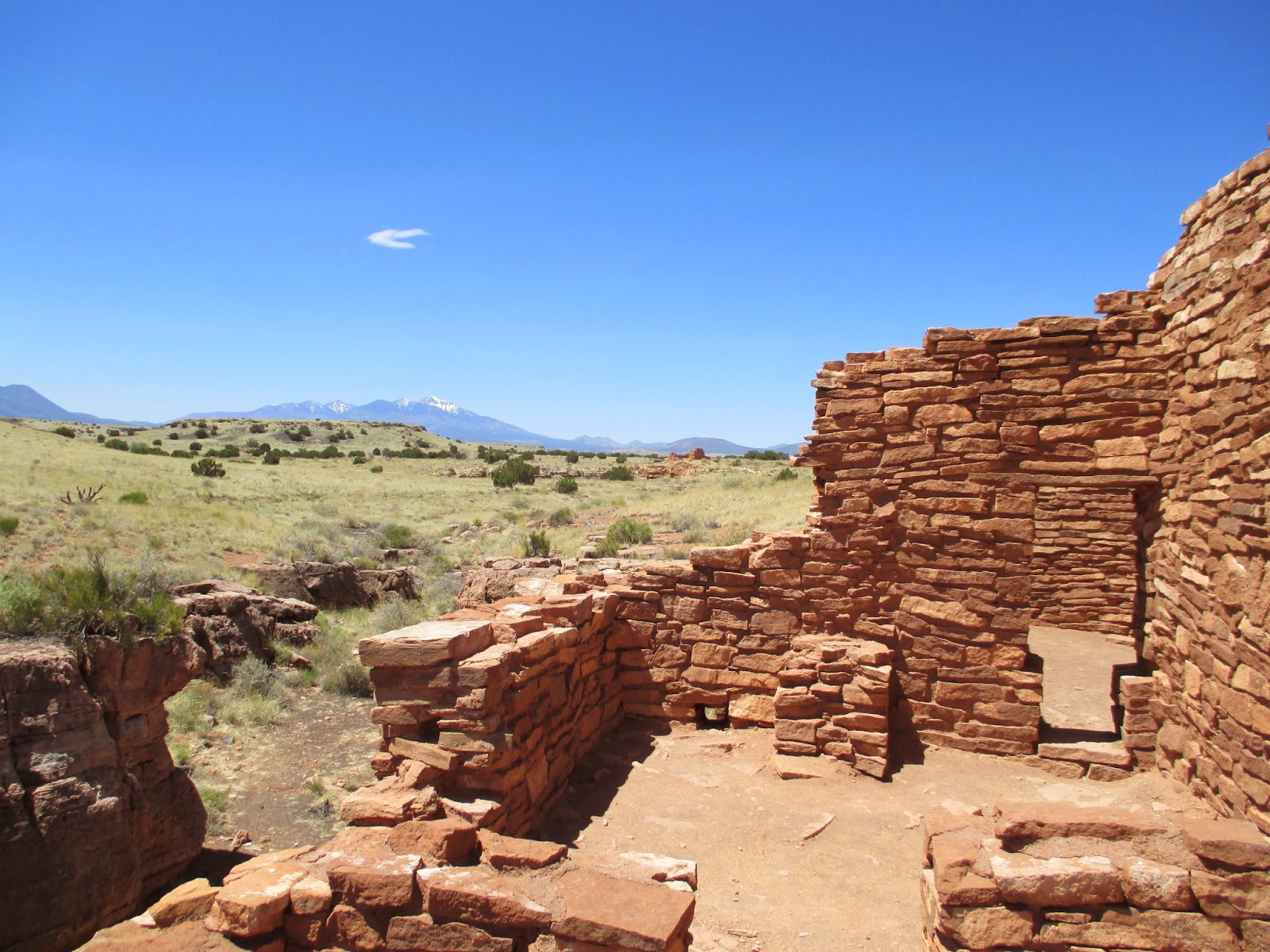 The San Francisco Mountains off to the southwest of Lomaki contain Mt Humphrey, the highest peak in Arizona at over 12,000 feet.   Signs at the trailhead indicate leaving pottery and other artifacts where they lay, but we didn't see any at the Lomaki Ruins. 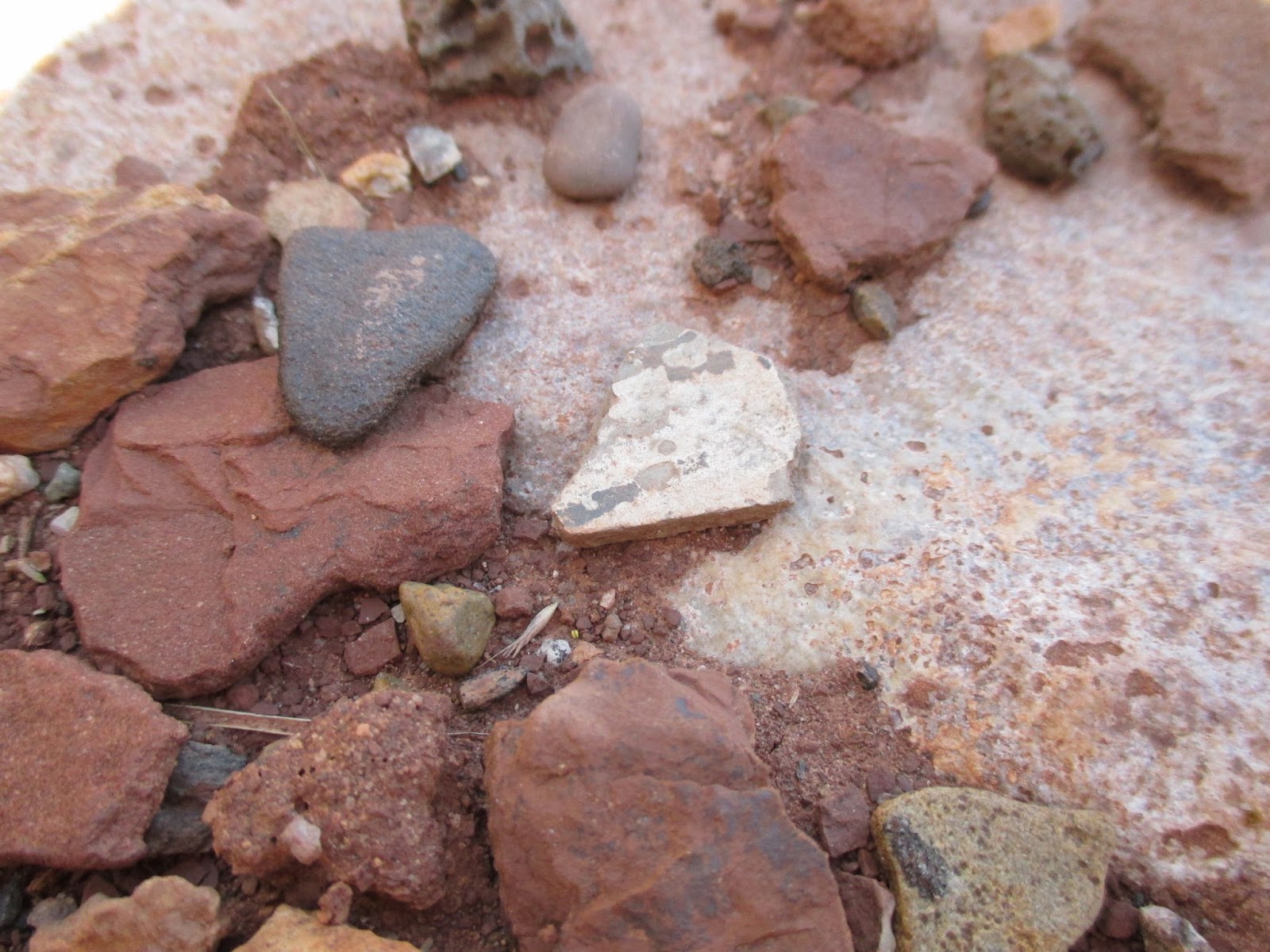 Our next stop was a 1/2 mile up the road at the Citadel.  The citadel was built on top of a basalt outcropping cap, where the surrounding areas had eroded away, leaving it alone and very much a citadel.  We saw several pottery shards along the trail to the top. 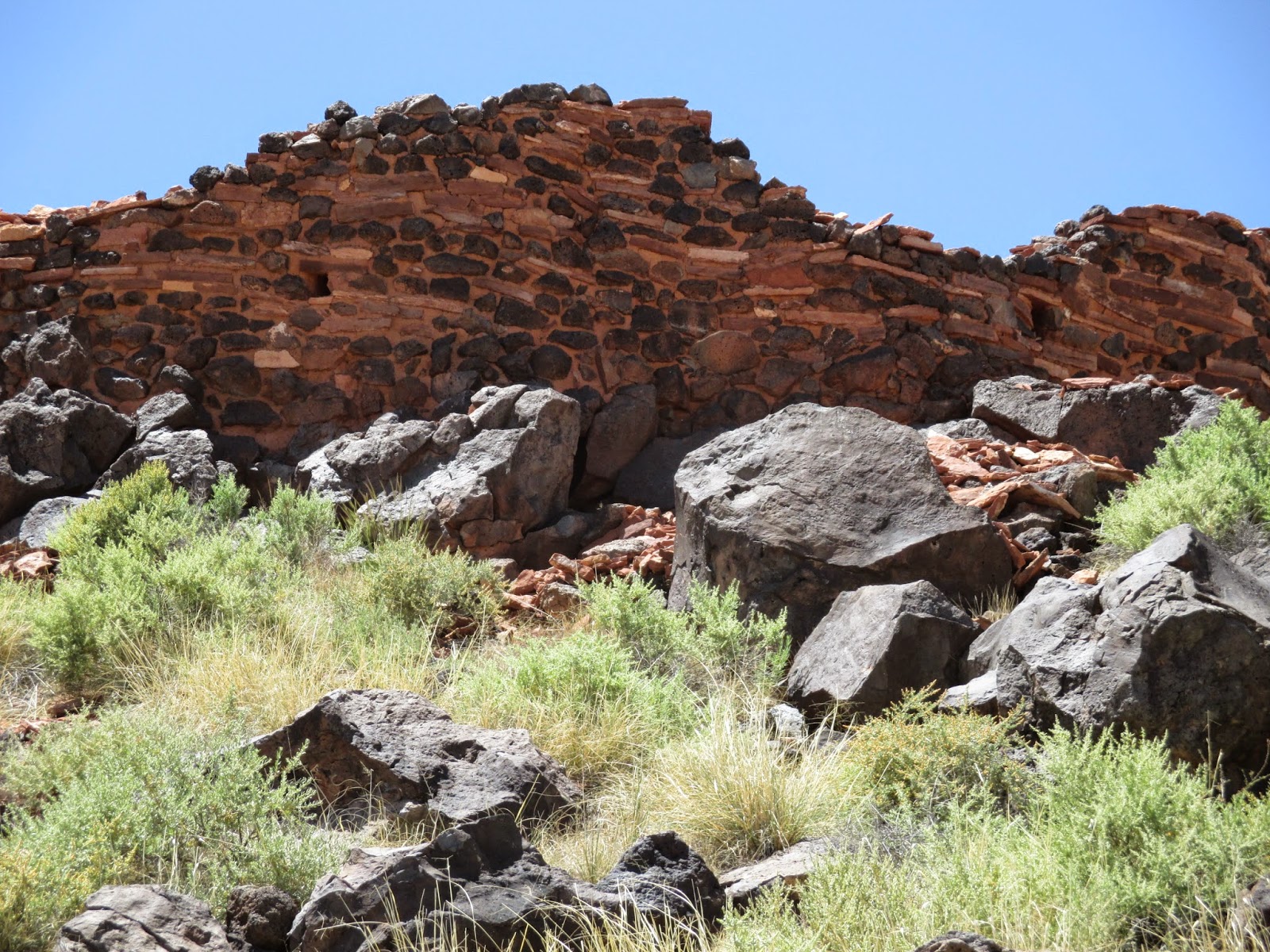 The walls at the Citadel are a mix of sandstone and basalt, and are pretty imposing.  We climbed the short hike to the top, enjoyed the view, then continued on our way. 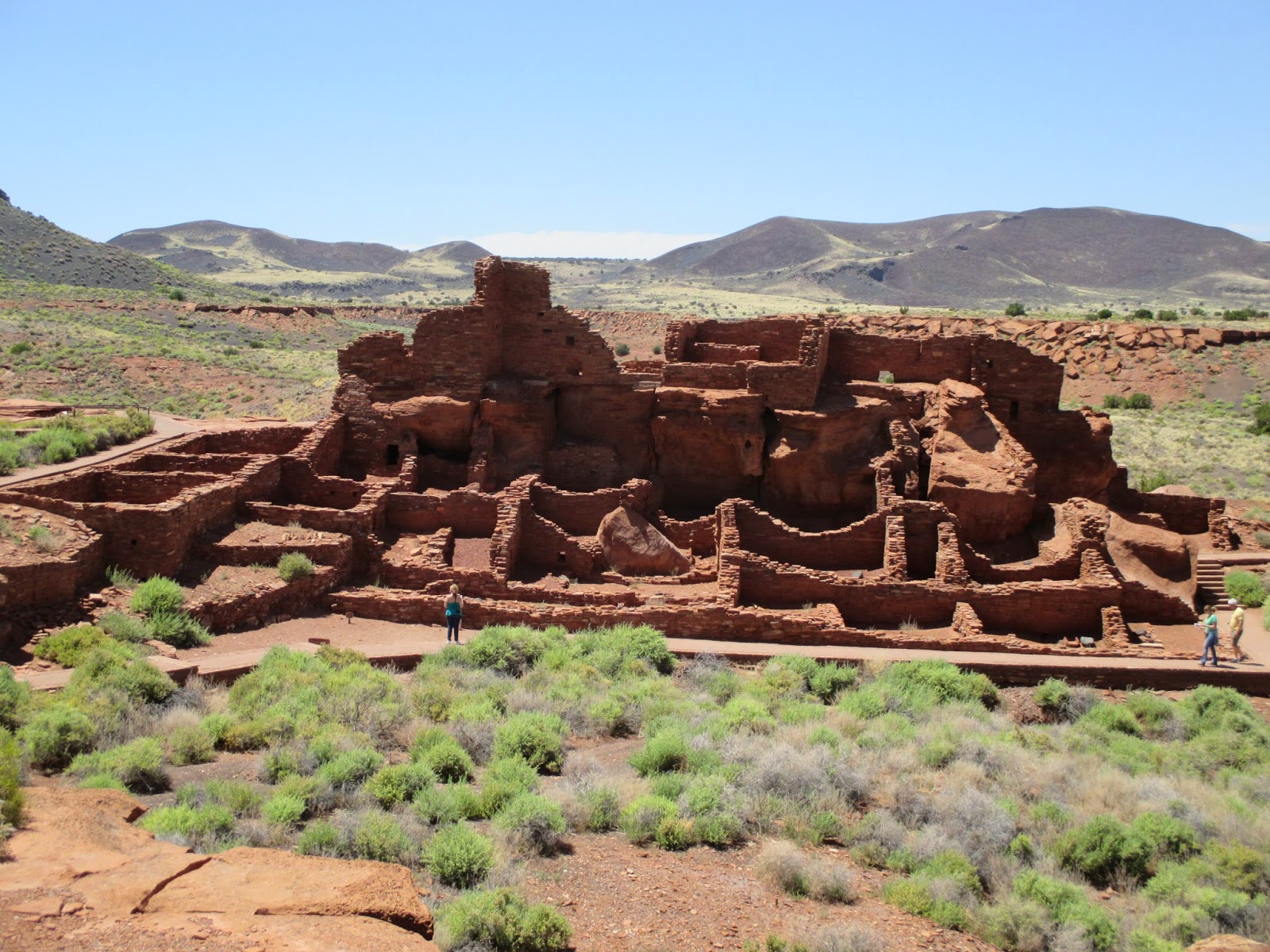 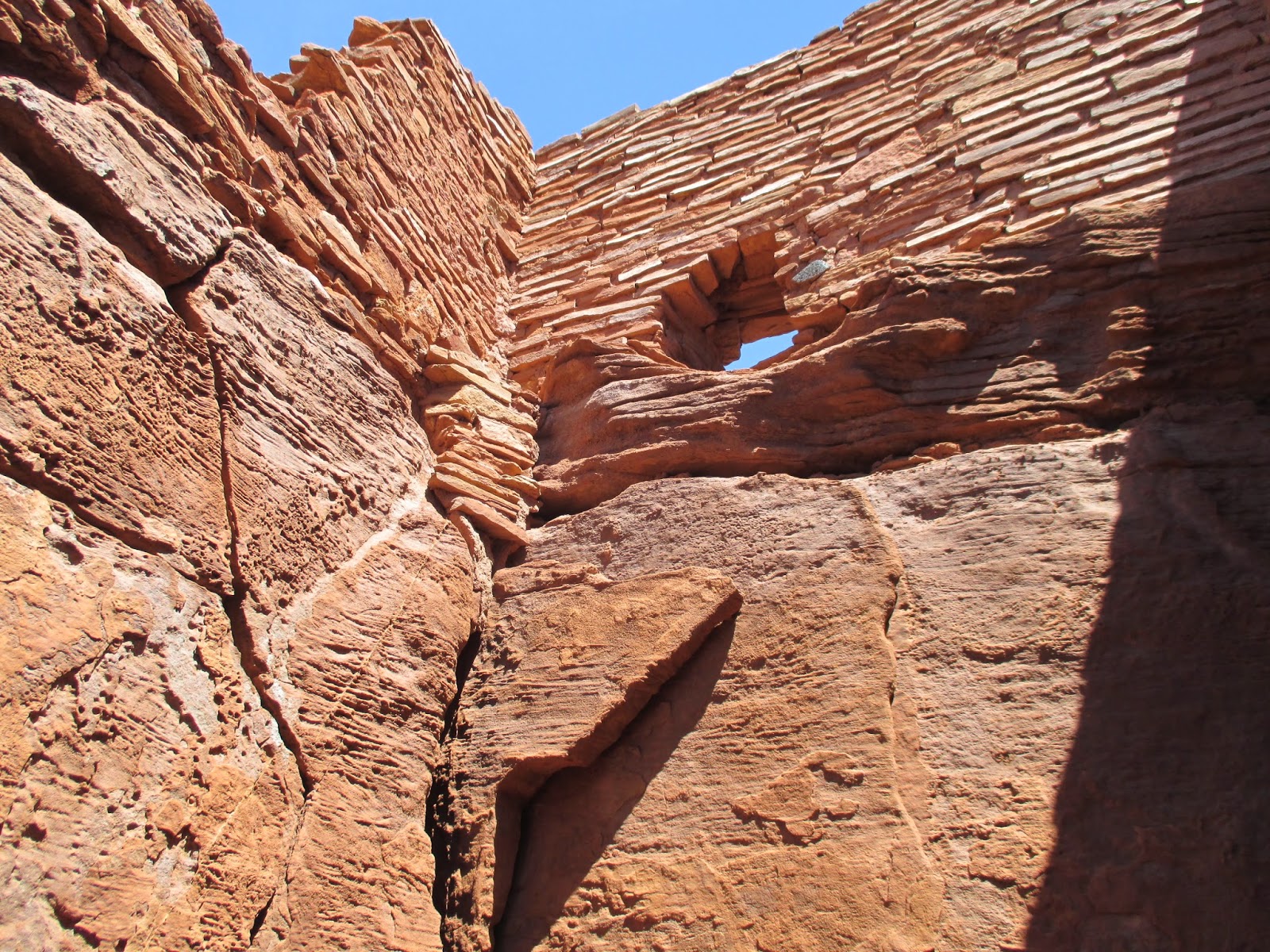 The ruin here was built among a jumble of boulders and has rooms built against and top of the rocks.  Everything is cordoned off, so it's best to view from a distance. 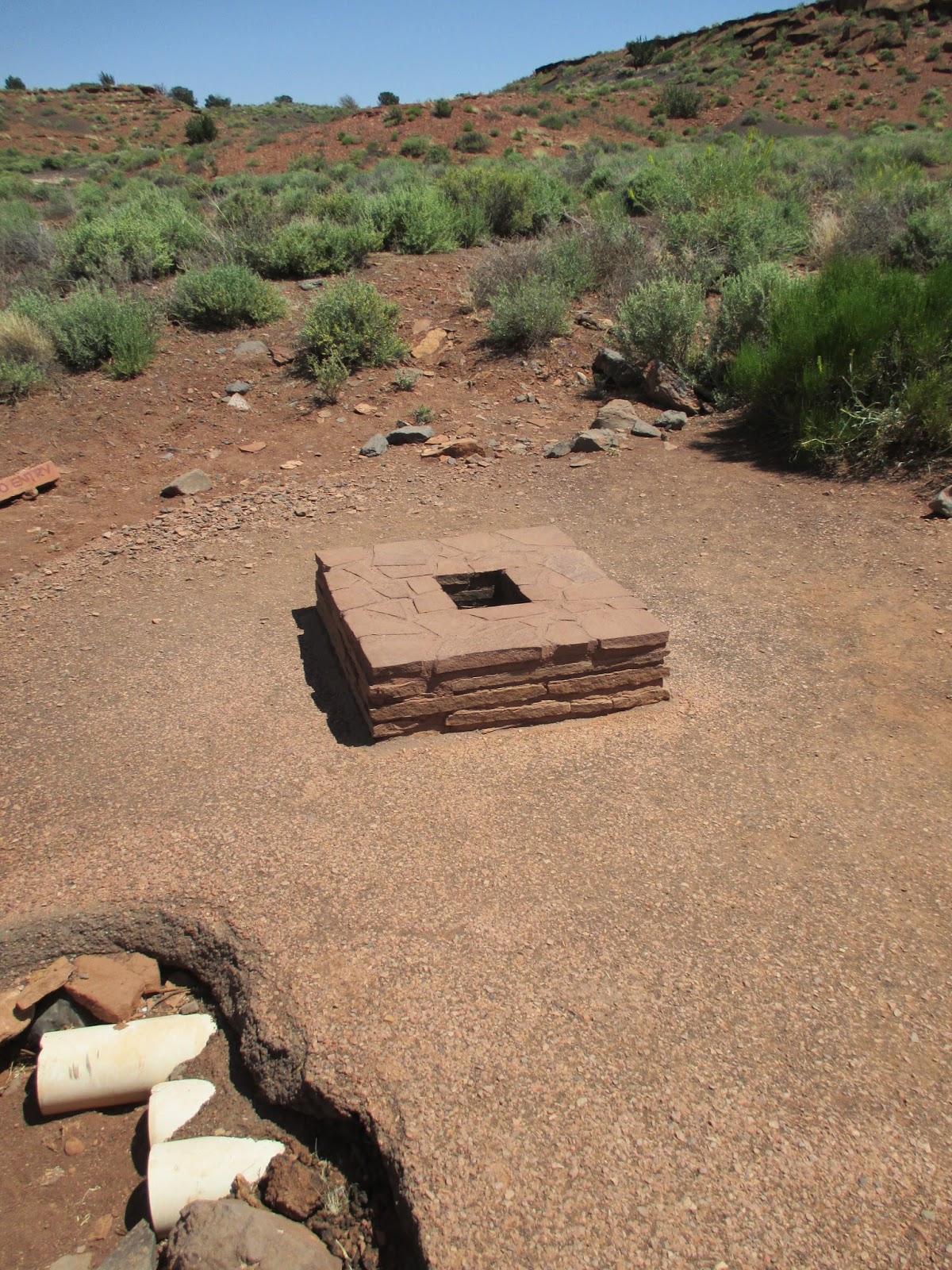 The end of the trail at Wupatki goes past a ball court to a blowhole, where essentially a cavity in the rock, basically a cave that's too small to crawl into, is located.  The blowhole was putting out cold air when we were there.  It was fun to sit next to it and put our hands over the opening to feel the cool air coming out. 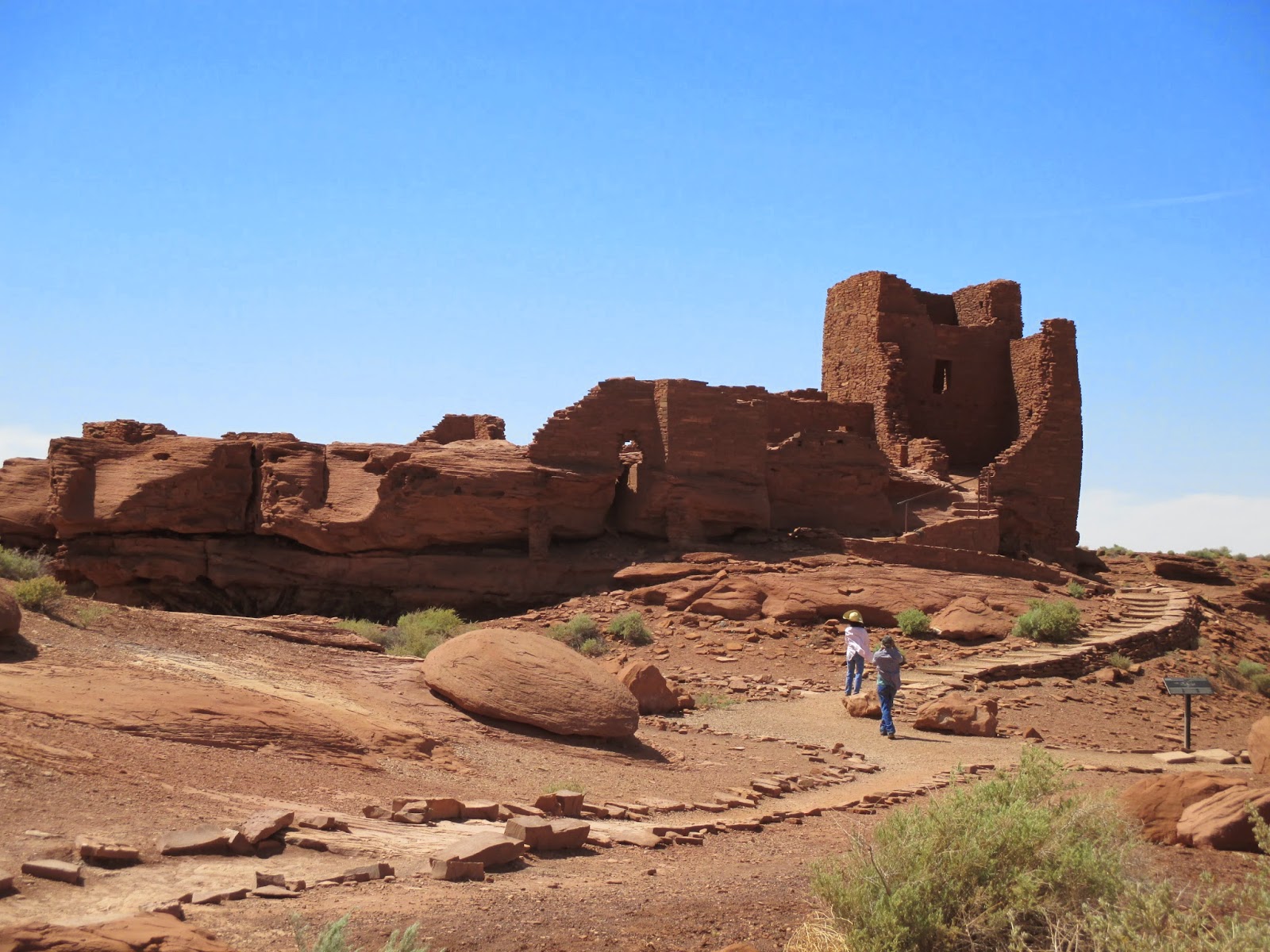 Our final stop at Wupatki was Wukoki ruin.  It's a few miles east of the visitor center and is another ruin that's definitely worth visiting. 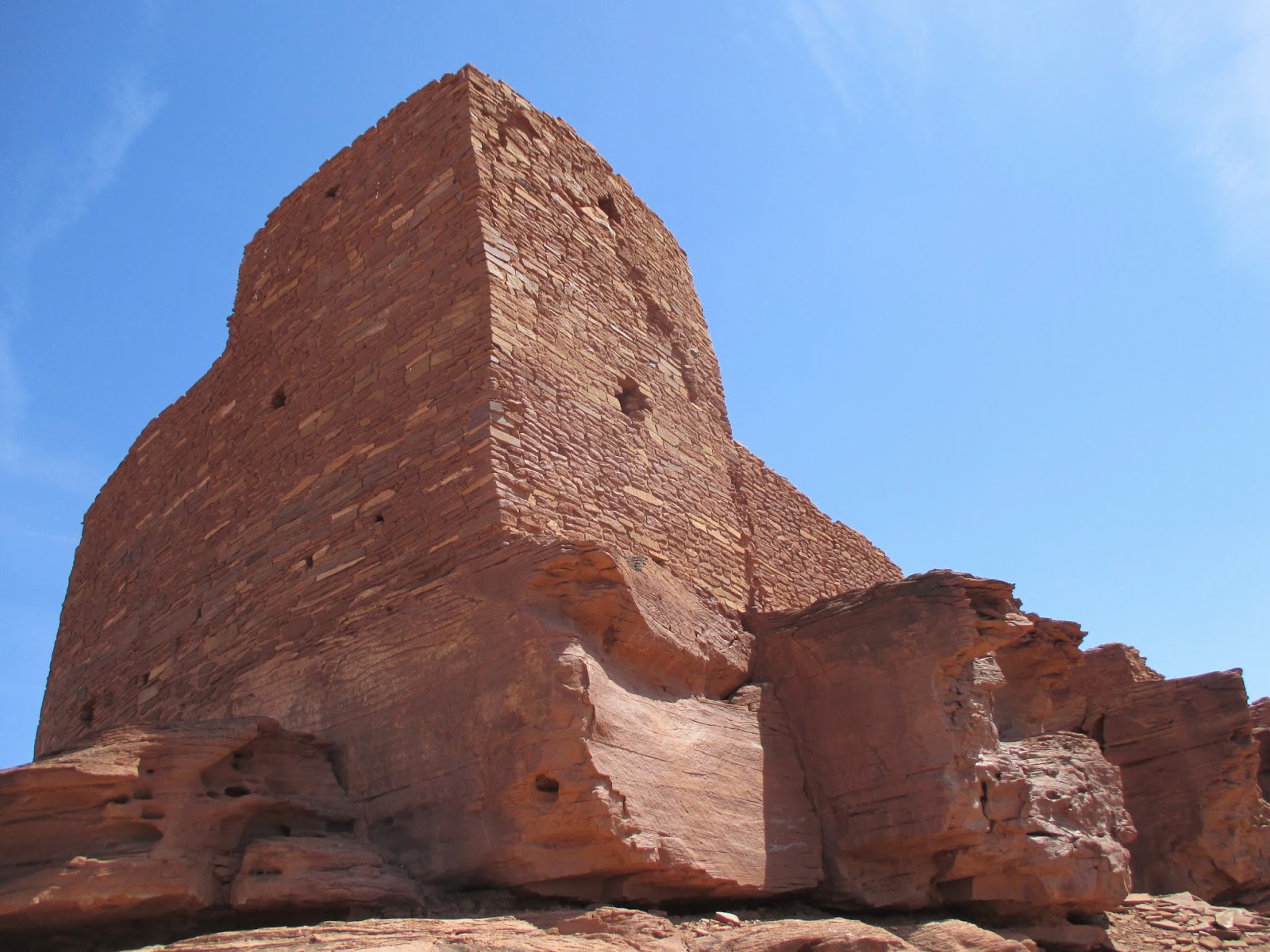 Wukoki is  built on a large sandstone boulder.  The ruin and the courtyard cover the entire top of the boulder.  Large walls rise from the east side, forming several rooms.  It's a short hike from the parking area and is well worth your time.  We went up into the ruin, as well as encircling the outside of it on a small footpath. 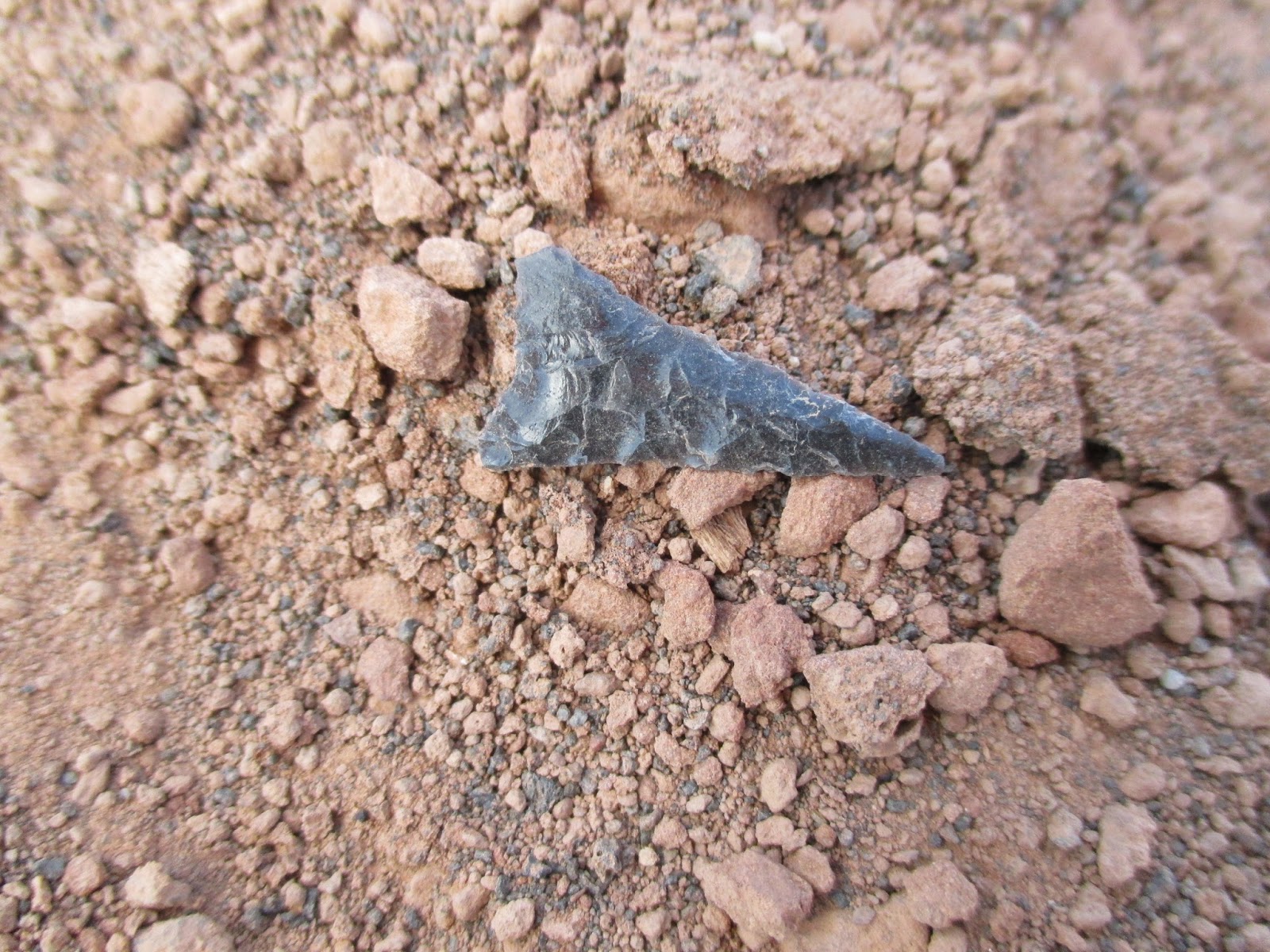 I noticed this small arrowhead about 2 feet off of the path.  It was very well and delicately worked.  I left it where it is for other sharp-eyed visitors to spy. 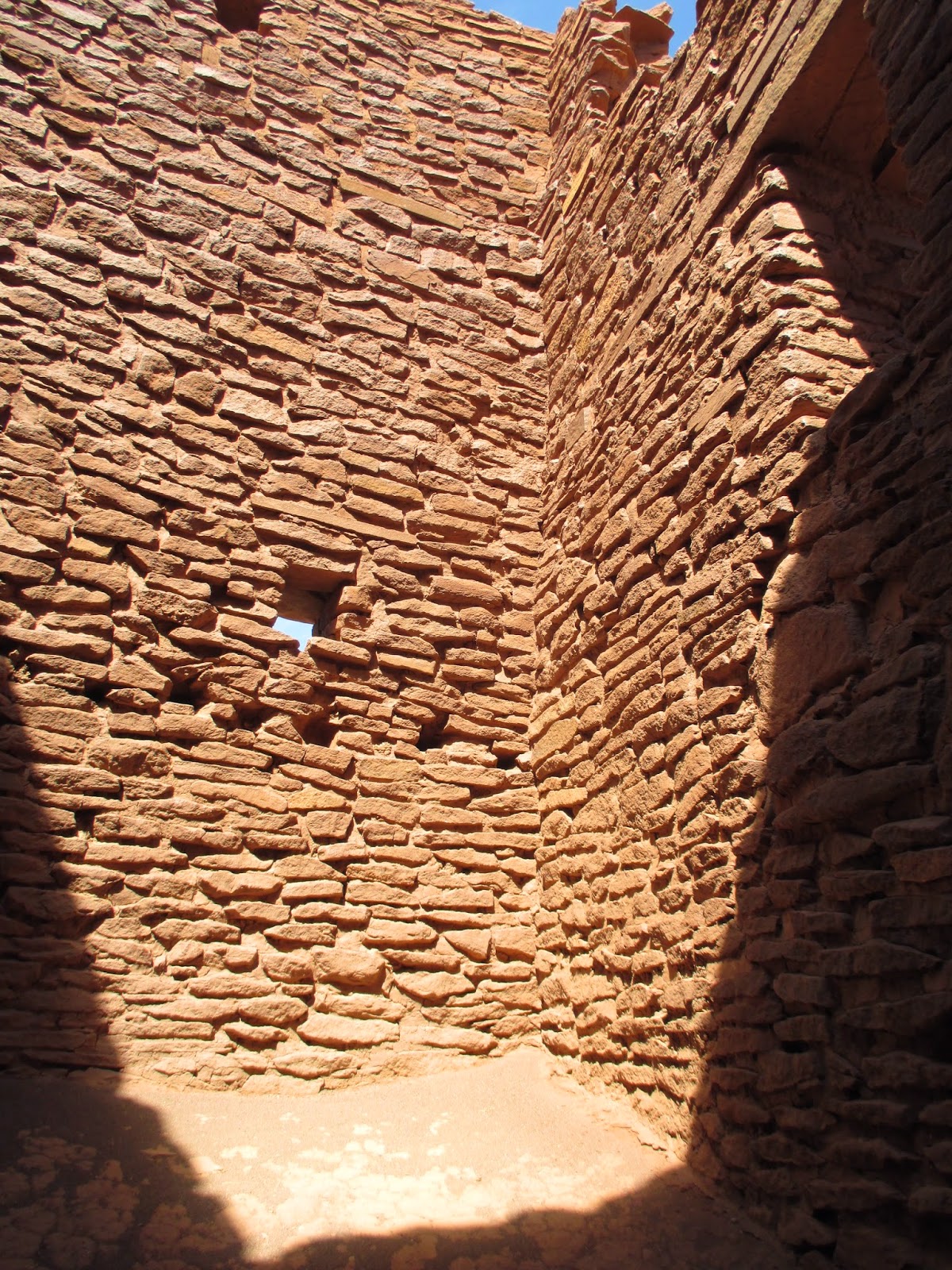 Inside the ruins on top, the walls rise up and up, somewhat reminding me of the ruins at Chaco Canyon. 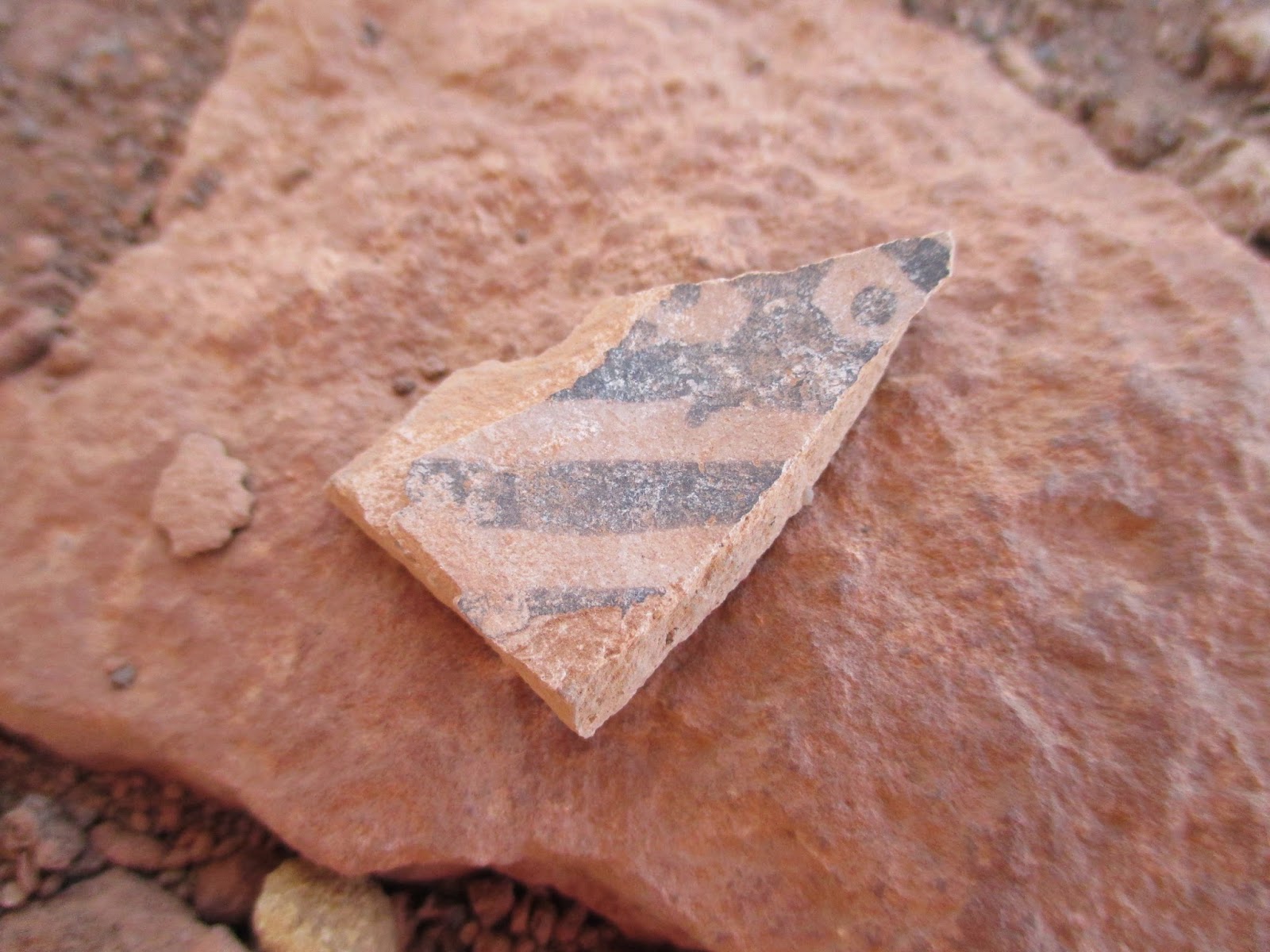 All in all, we really really liked Wupatki.  It's a great National Park to visit with young kids- none of the trails are long, there's plenty to see and do along the way, and they learn a ton while there.  Even better is that it's not crowded like the Grand Canyon or Walnut Canyon.

Nearest City: Flagstaff, AZ
Location: N° W°
Time Needed: 1 day
Difficulty: easy
Kid Friendly: yes
Additional Info: Wupatki National Monument Website.  I learned about the Crack in the Wall hike at the Visitor Center that sounds pretty interesting.  It's a 16 mile overnight hike they have in the spring and fall out to some ruins and a lot of petroglyphs.  The hike is done on a lottery system, so it is literally the luck of the draw, but it sounds like it would be fun to do someday.
Posted by Ben at 8:42 AM