A Supervised Visit to the Palatki Ruins 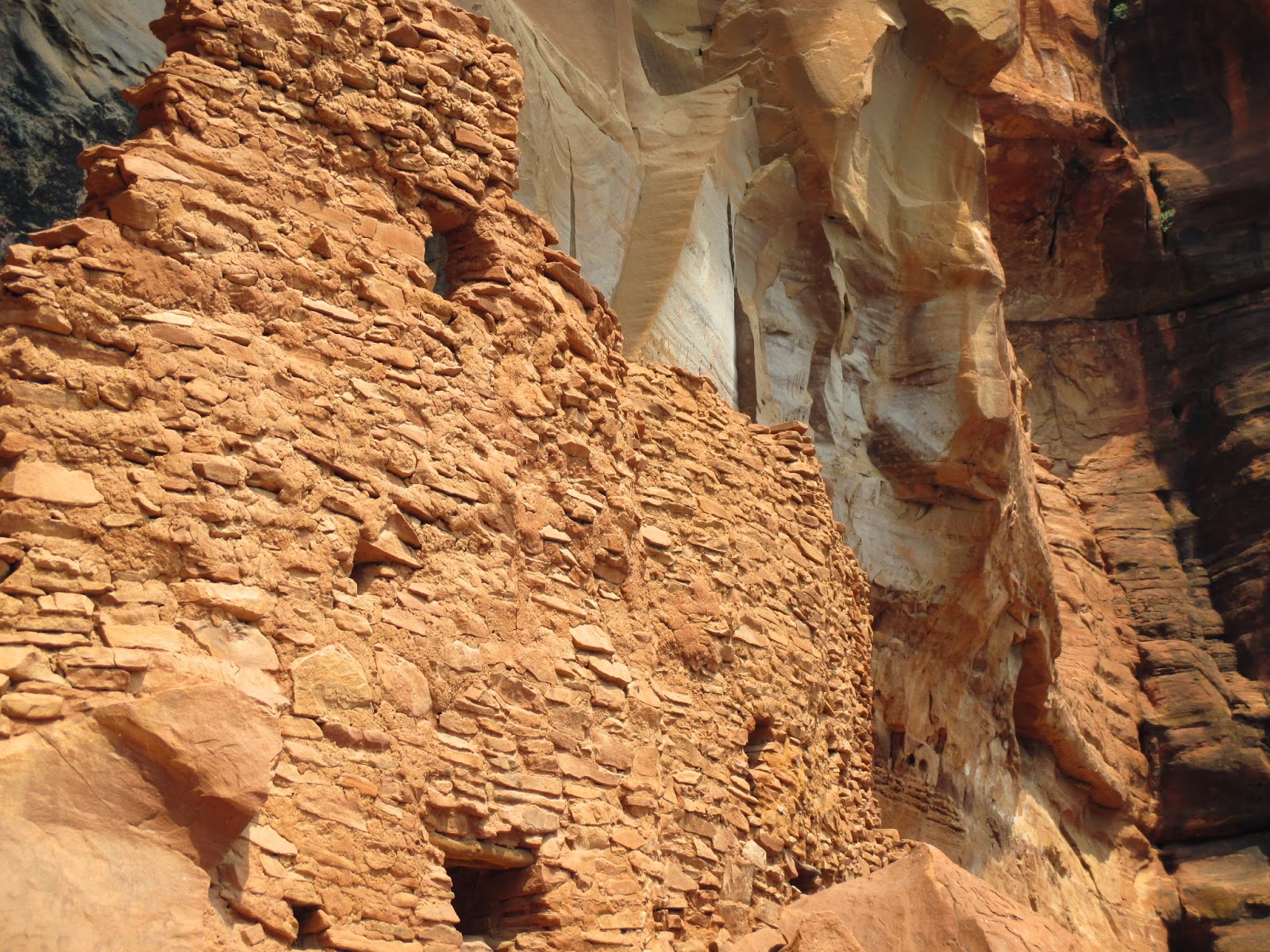 We called and made reservations to the Palatki Ruin a few miles southeast of Sedona.  It's dirt roads driving out there, but the roads are in generally good condition.  Good enough condition that a sedan would have no trouble getting there.  The ruins were just far enough out though that we were beginning to question if we were in the right place or not then we saw a sign telling us they were a little further.  We drove into the parking lot and took the last available parking space.  A bunch of side-by-side ATV's had claimed about half of the parking stalls.  The rest of the places were claimed by vehicles with an assortment of license plates.  Palatki attracts people from all over the place.  The site requests that you call ahead and reserve a tour time because the parking area is limited, and having steady visitation throughout the day is a lot easier for them to handle then the peak and valley variation that occurs otherwise. 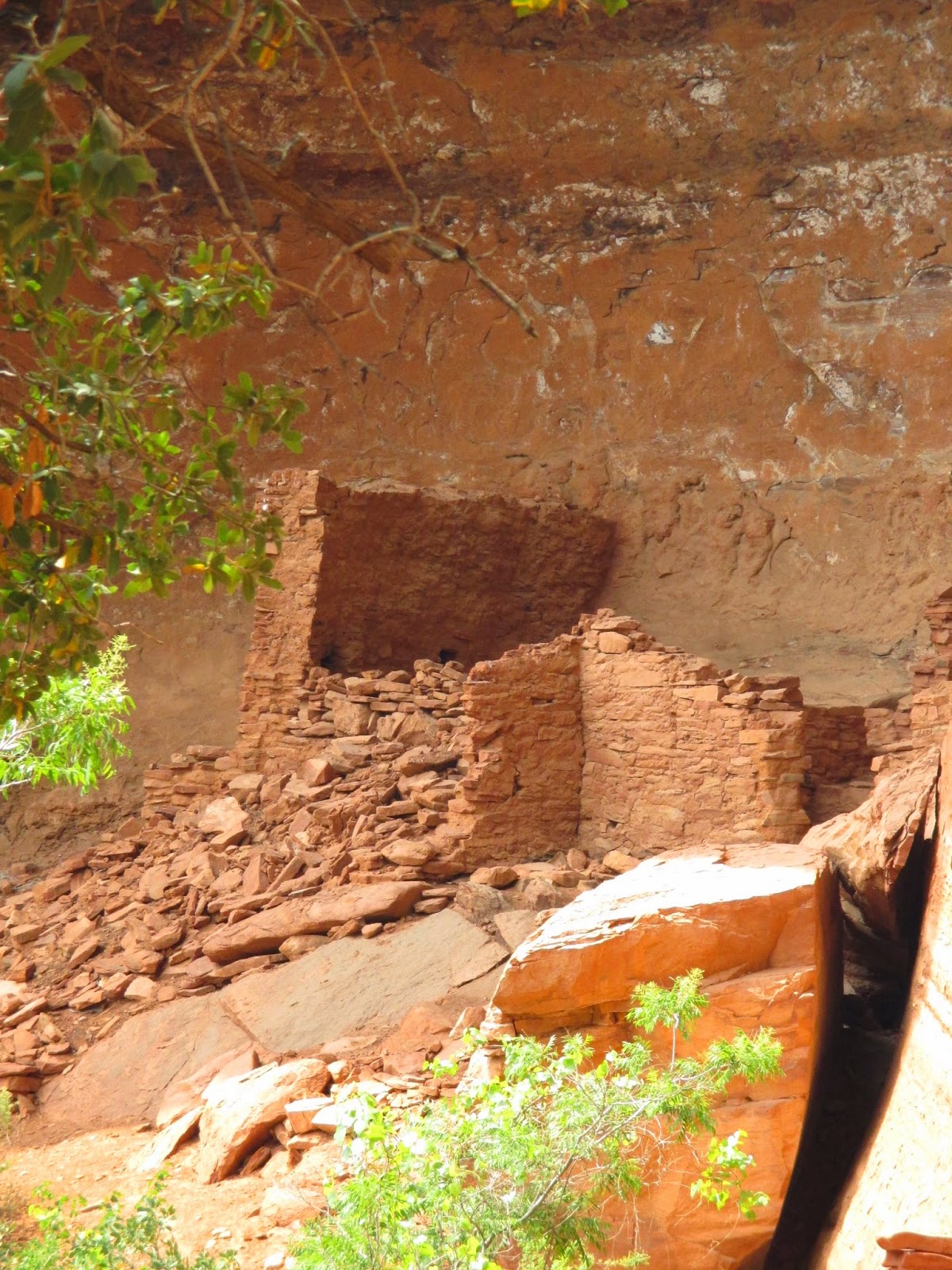 Palatki has a cliff dwelling, as well as a large collection of pictographs.  The first trail we chose was to the cliff dwelling.  We walked for about 1/4 mile to the dwelling, where a tour guide was waiting.  The ruins are fenced off from visitors, so we listened to the short presentation, took a few pictures, then turned around to go back to the visitor center. 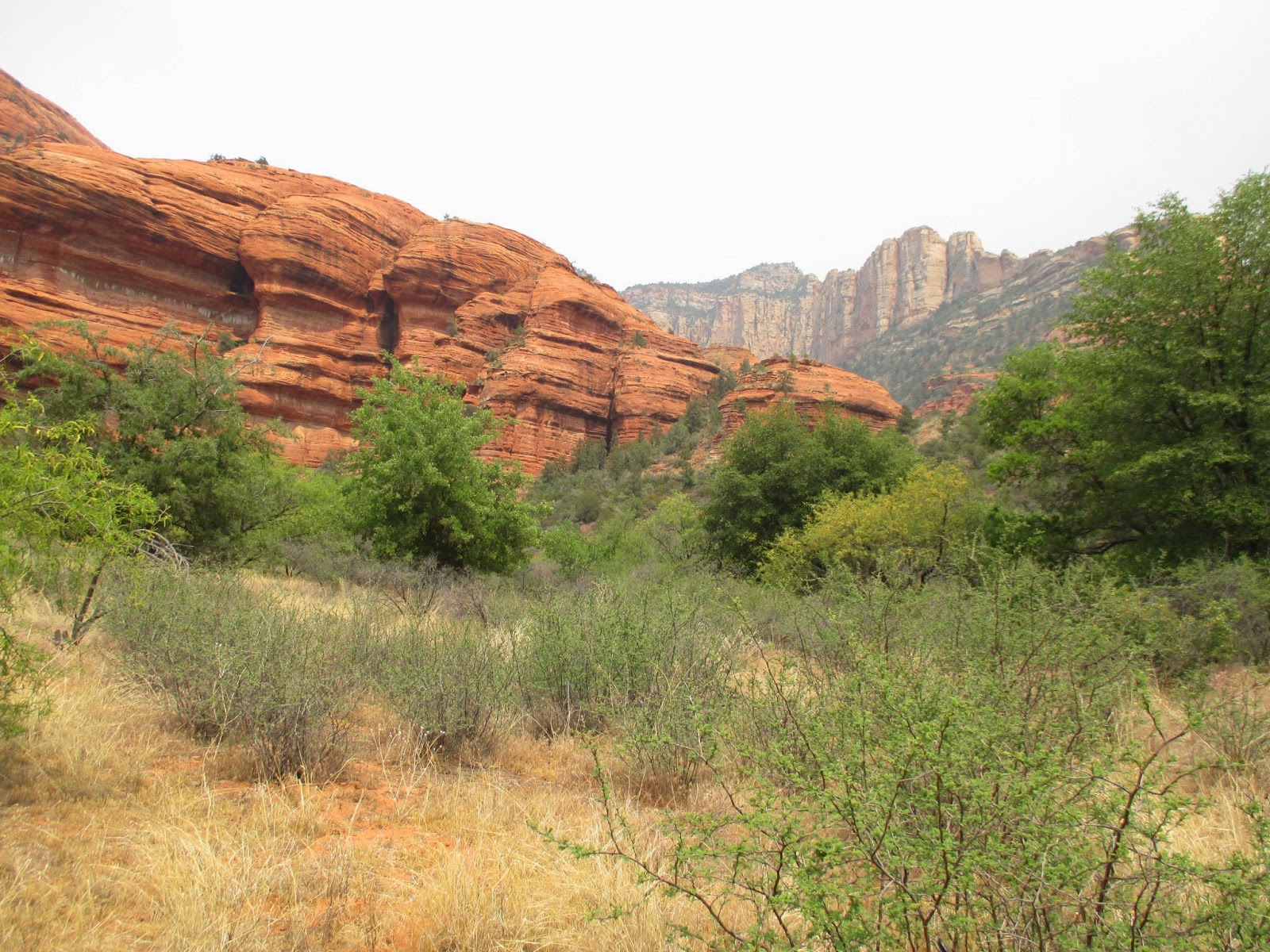 The sky was quite hazy from the Slide Fire up Oak Creek Canyon, but the red rock was still quite pretty.  We enjoyed the hike across the desert and spied a peach tree growing out of a small wash. 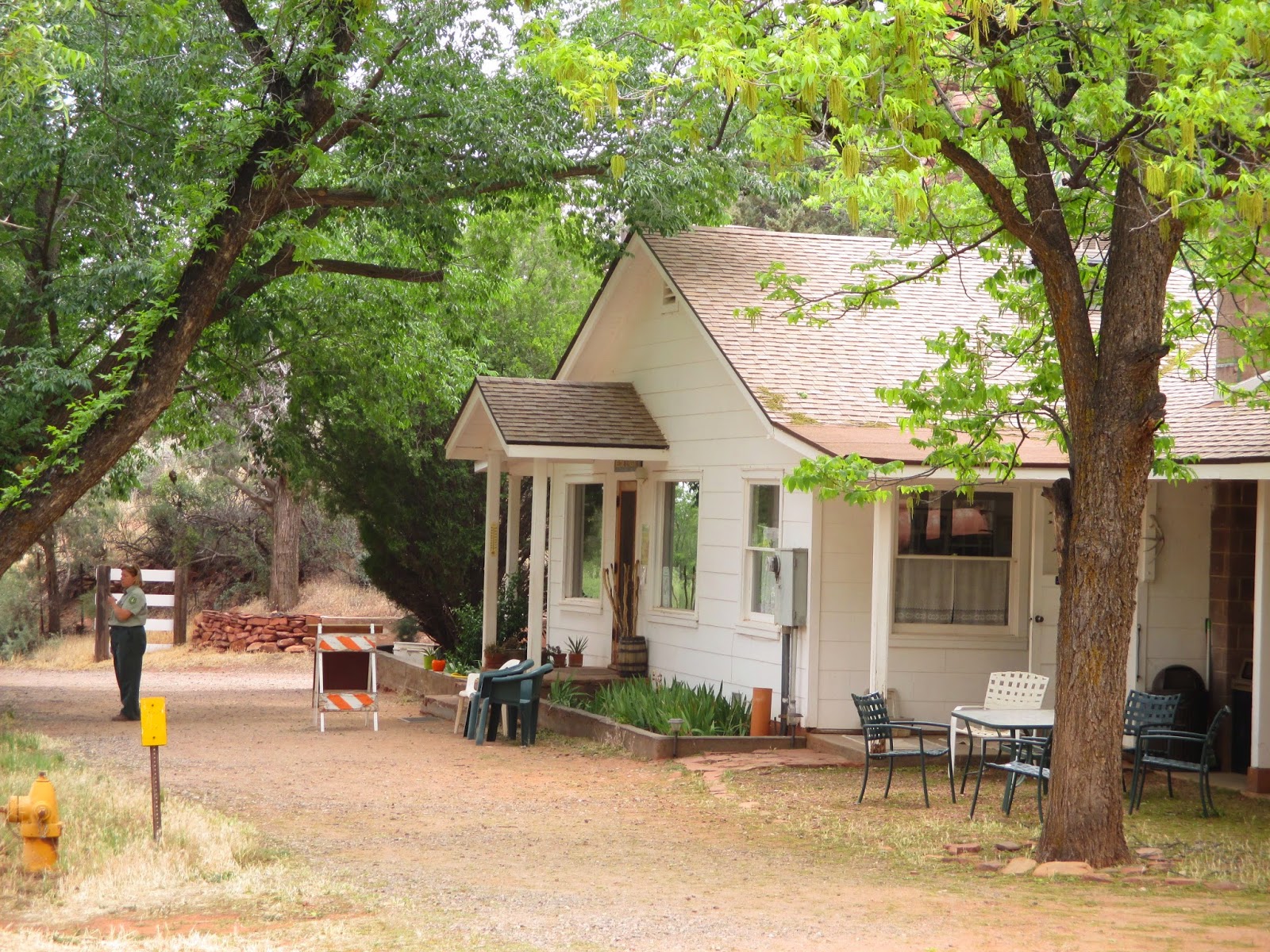 Back at the visitor center, we took another trail that took us west to the pictograph panels.  The pictographs are located in a large alcove, and contain pictographs from many different peoples who lived in the area. 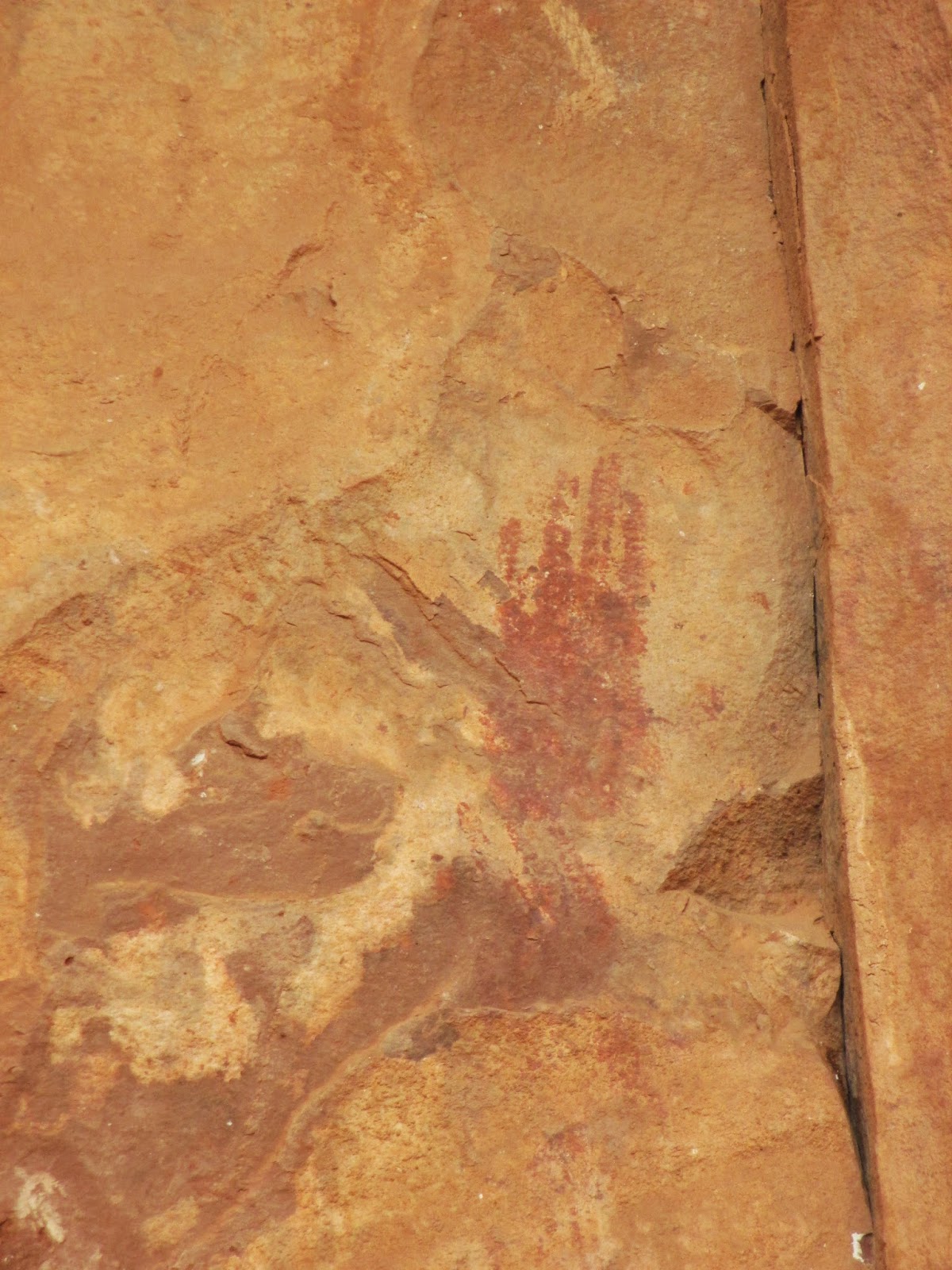 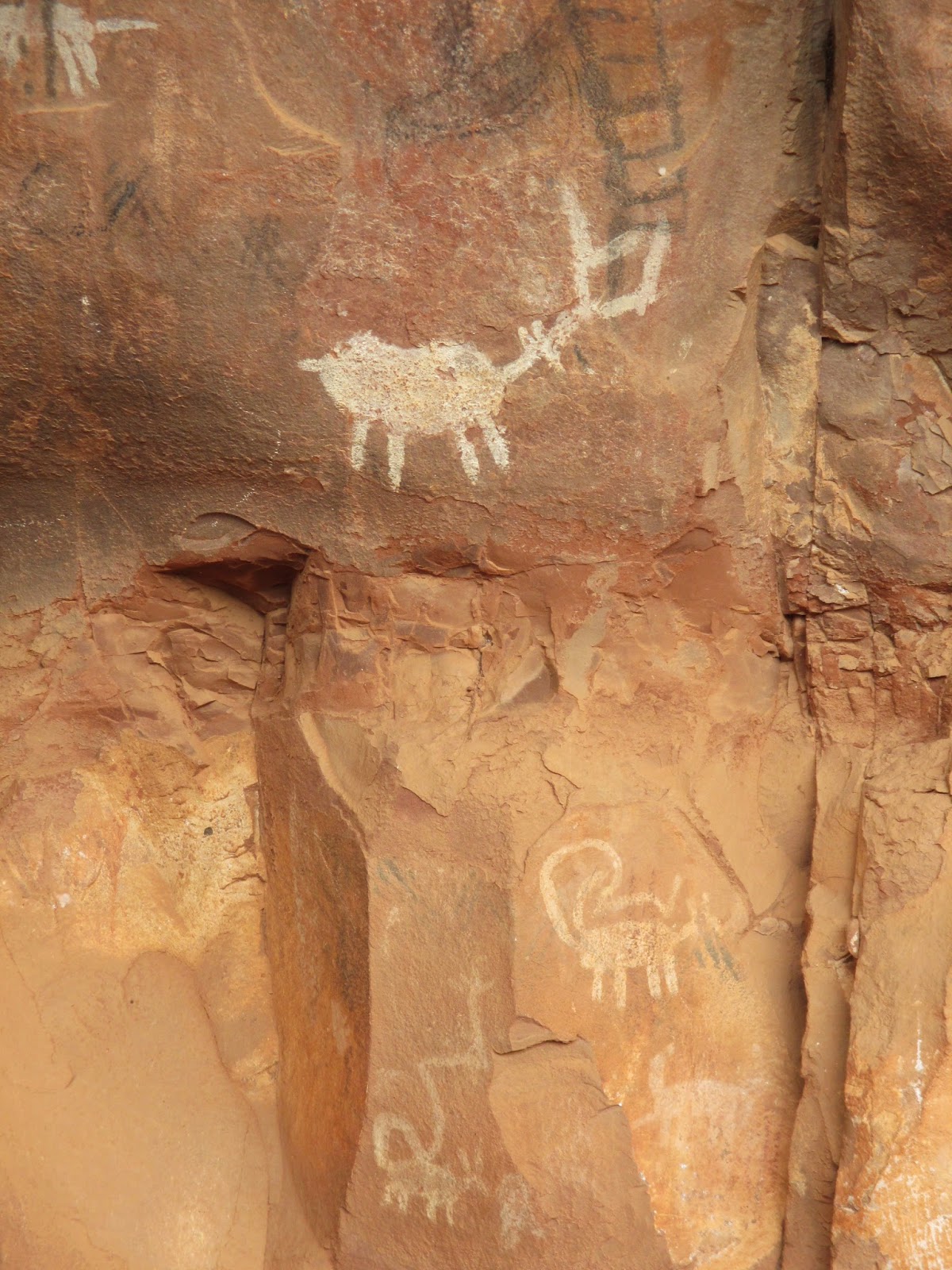 You can see many different pictographs in this picture if you look.  The deer is newer, while the "ladder" in black is an older pictograph. 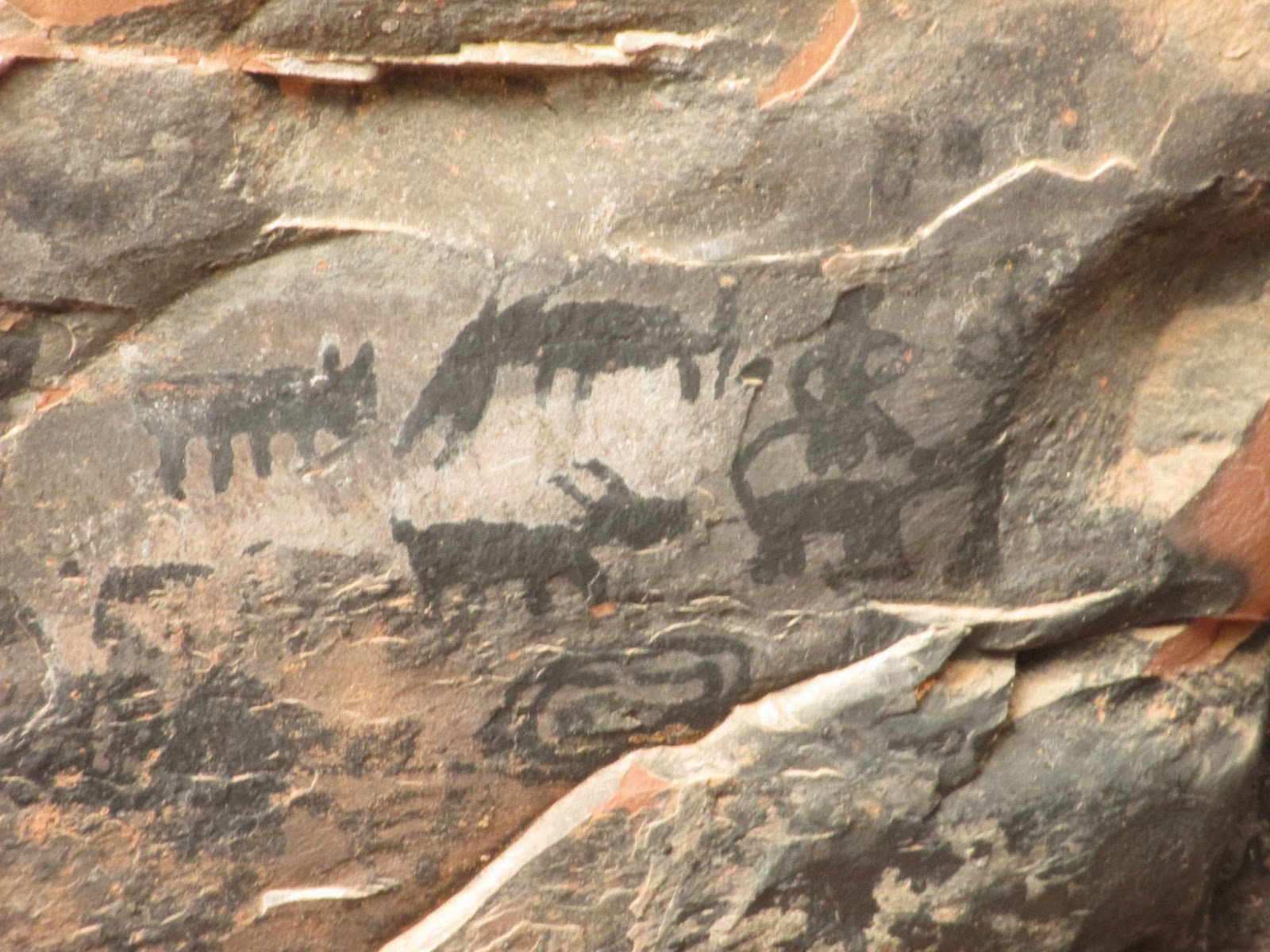 I thought the best pictographs were on the east end of the alcove where there were black figures on a blackened wall.  The ranger said that these pictographs were likely white at one time, but the floor of the alcove right below them was used as an agave roasting pit.  The smoke from the fires was caught by the binding matrix in the pictographs, turning them back.  It's a pretty neat place.  The area just past the black figures was roped off to protect nesting bats that live in the cliff.  Palatki is a nice place to visit, but expect crowds, as well as the near constant supervision of park rangers and volunteers while you're there.  Be sure to call ahead for reservations.