We were wrapping up our visit to Palatki about 3:00 when we mentioned that we were going to drive to Honanki next.  The tour guide said that we should hurry because Honanki closes at 4 PM.  It's about 7 miles between the two, on dirt roads the whole way.  We quickly loaded up, drove past the ranger waiting to close the gate behind us at Palatki, and down the road to Honanki.  We got to the fork in the road to Honanki, turned west, and I did my best to drive fast, but not too fast.  The dirt road to Honanki is in worse shape then the dirt road was to Palatki.  I slowed way down at several spots to pick my way through.  If you're driving a sedan, you can make it if you go slow and pick your approaches.  Low clearance vehicles could bottom out a place or two if they don't pick the right approach.  Driver be warned.
We pulled into the Honanki parking area, then looked frantically for our National Parks Pass.  It had gotten lost somewhere between Palatki and Honanki.  Because both sites are in the Red Rocks area, you need a Red Rocks Pass or equivalent to visit them.  I couldn't find the pass anywhere.  I still haven't found it a month later!   I ran over to the little booth at the entrance and the volunteer told me just to go anyway as they were closing in half an hour.  So we got the kids out and hustled down the path to the Honanki Ruins. 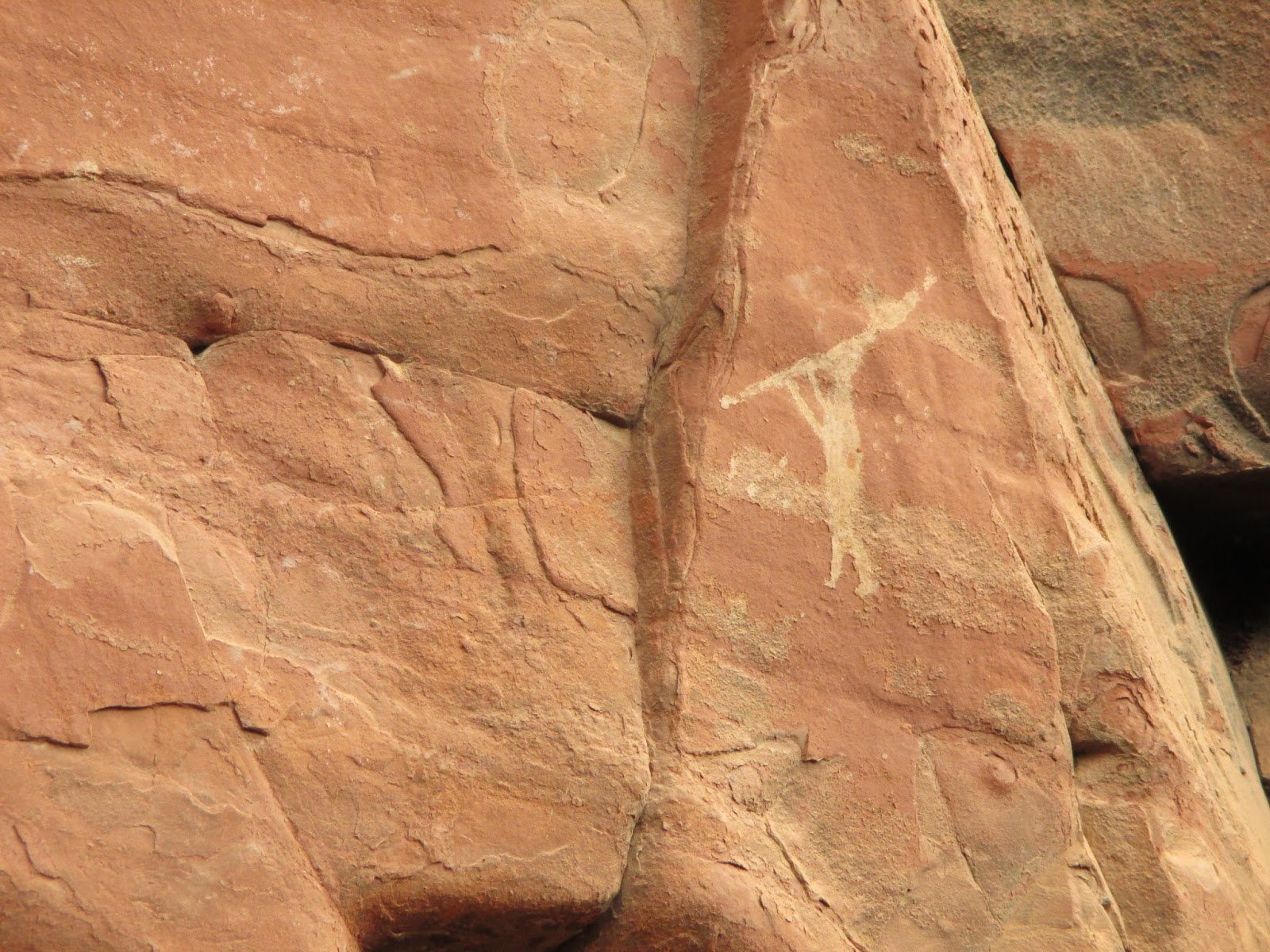 I really liked the Honanki Ruins.  There are some really cool petroglyphs and pictographs.  A couple people from California remarked that this one looked like a guy carrying a surfboard. 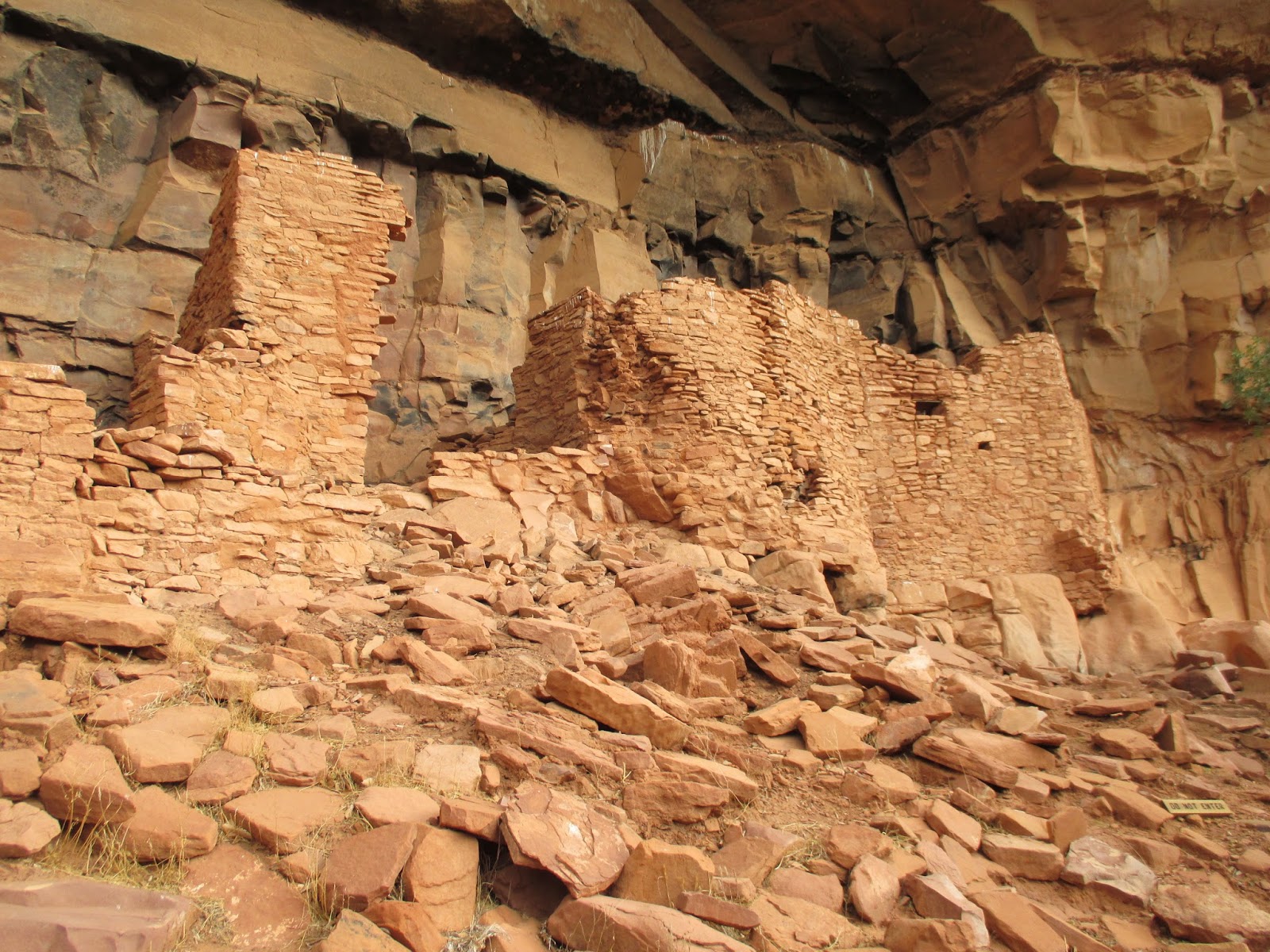 The ruins at Honanki are in an alcove at the base of a west-facing cliff.  The ruins are much larger of those at Palatki.  They are roped off here too, but I didn't feel like someone was watching over my shoulder here.  The ruins and rock art are intermingled, with several attractive pictographs being located above the ruins.  I wish I would have had more time here at Honanki!  We quickly toured the area, took a few pictures, then walked the 1/4 mile back to our car so they could lock up.  If I only had time for one visit between Palatki and Honanki, I'd definitely recommend visiting Honanki.  The ruins are better, there's awesome rock art, and they don't hold your hand the entire visit.