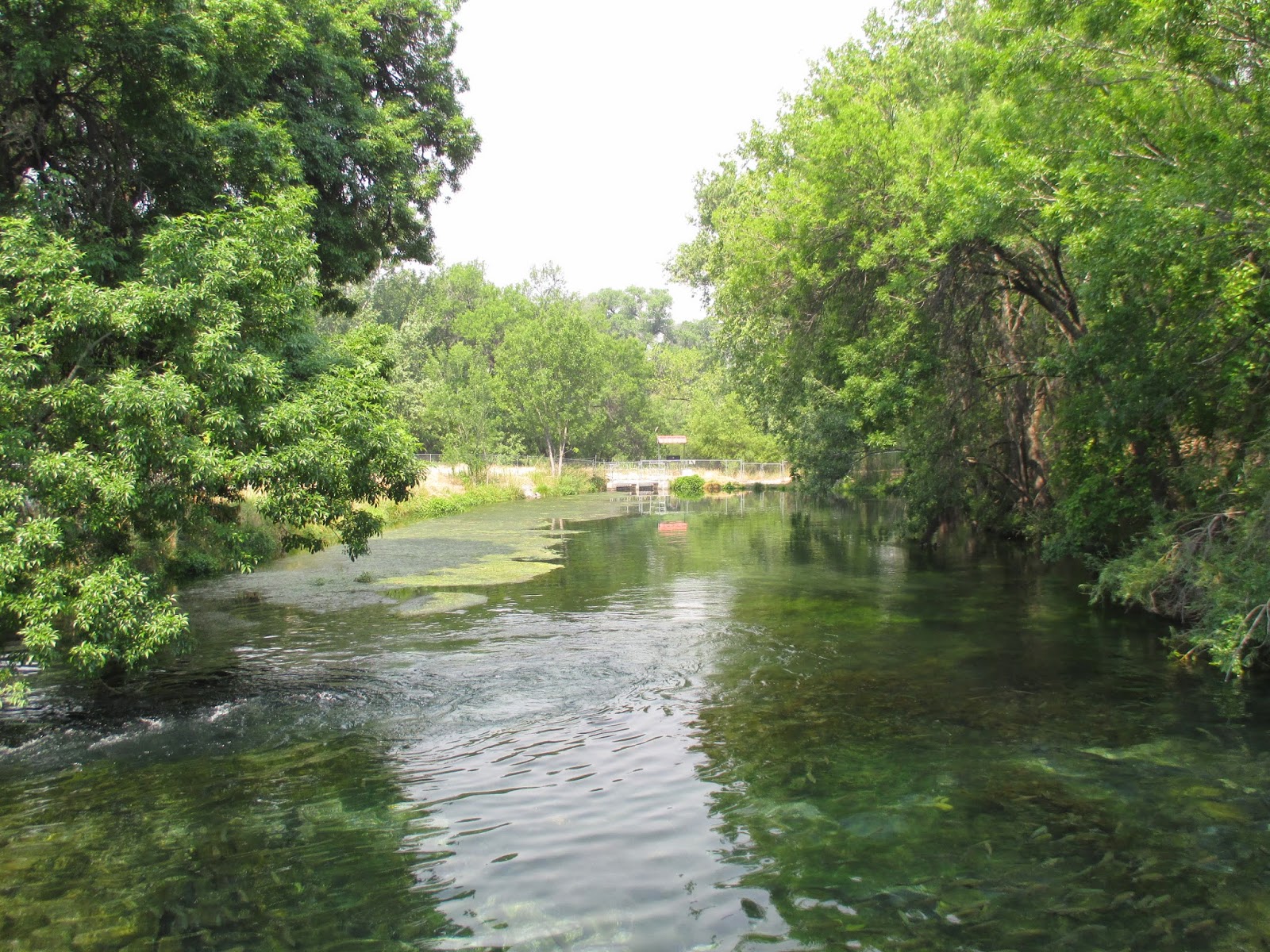 We needed a stop for the kids to run around a little bit and blow off some energy, so we stopped by the Page Springs Fish Hatchery.  There's a self-guided tour for visitors that show you around the hatchery, but we had some serious business to take care of before that was going to happen.  That business was feeding the fish.  Just west of the parking lot is a big pond full of nice sized trout, with a little fish food dispenser close by.  I dug around in the car for some quarters, then put one in, gave the handle a crank, and came away with a handful of little pellets.  I distributed them to the kids, then had fun as they threw them out and fed the fish.  It was interesting to watch the different methods they took.  One of them threw a handful out into the pond, resulting in a mad boil of fish as they all rushed to eat the little nuggets.  The other was more selective and would throw one or two pellets, watch the fish race to chomp them down, then throw another pellet.  I ended up spending a couple of dollars on fish food and it was well worth it. 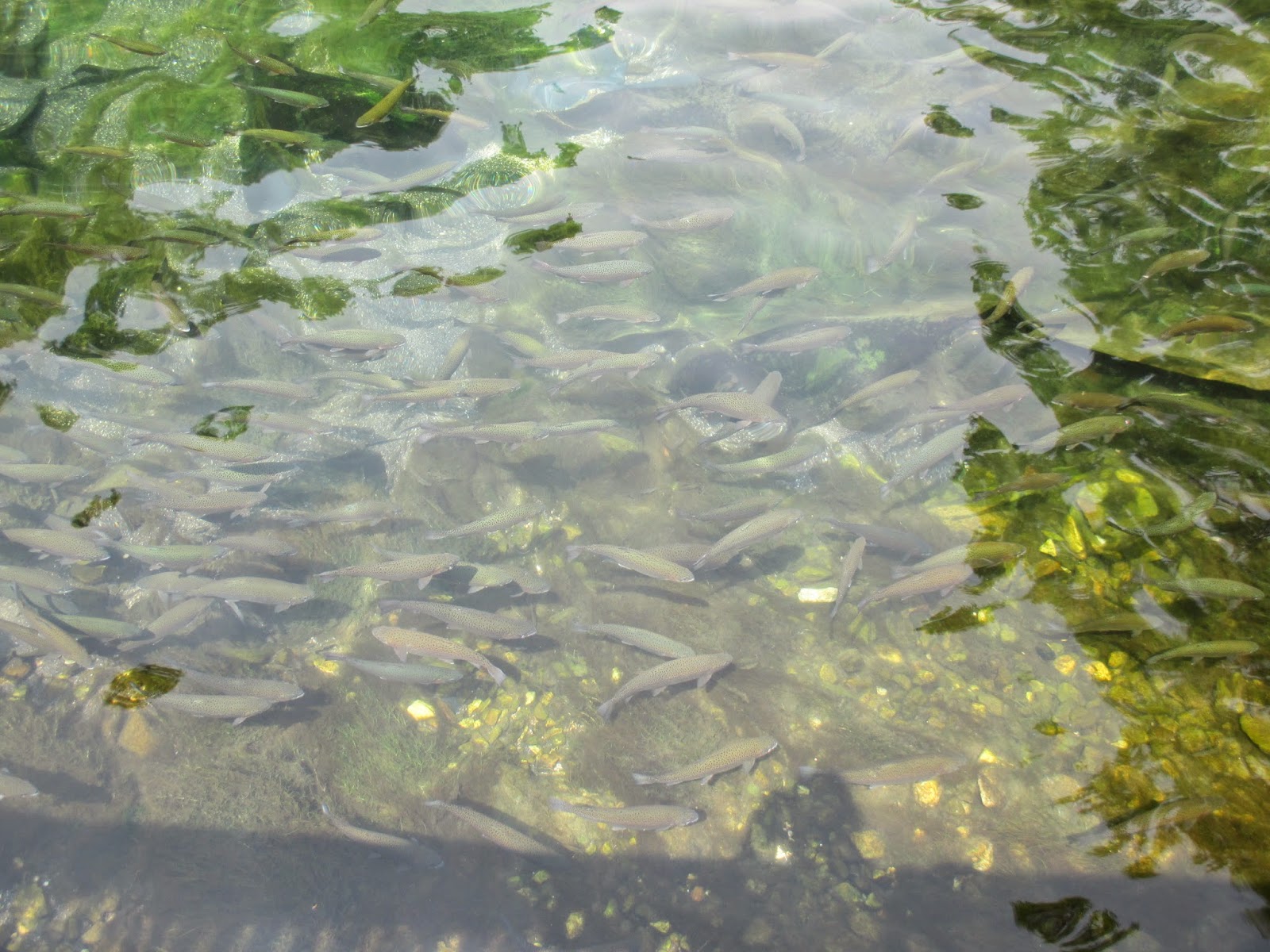 After we grew tired of feeding the fish, we walked over to the raceways where the smaller fish are kept.  It was fun peering into the water at the little 4 inch long trout.  They would swim away, determined to stay away from us.  As we'd walk down the path along the raceway, they would bunch up at the end, then with a burst of speed swim past our shadows in the water.  The 4 year old discovered here that if she waved her arms, the fish would all come up to the top as if they were feeding.  We had a great time waving our arms and watching the water surface come alive as if it were raining. 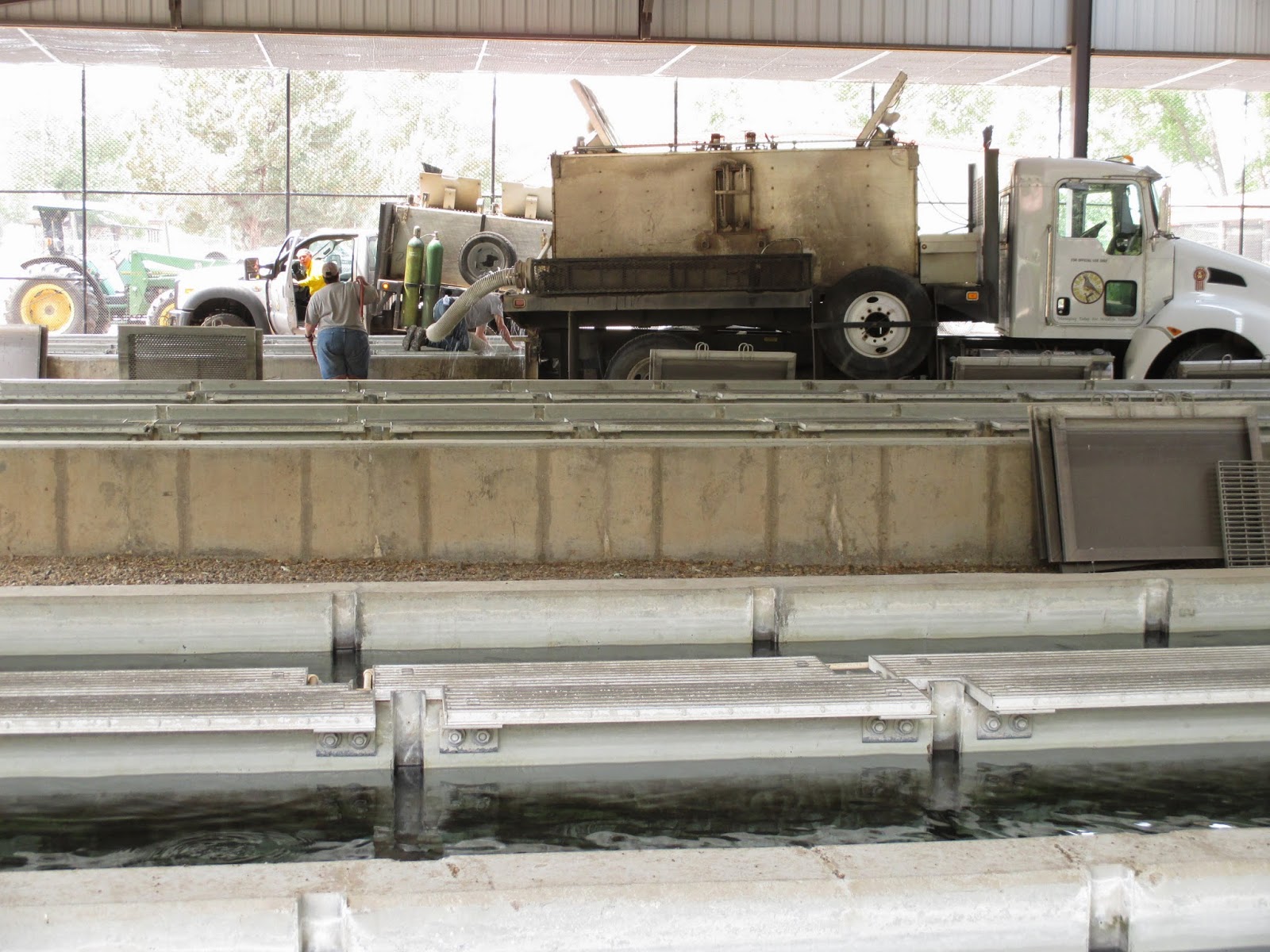 Across they enclosure, some of the hatchery workers were cleaning out their fish stocking truck.  I explained that the truck helped move the fish from the hatchery to other places so people could catch them.  We watched them scrub the tank out, clean the tubes, and a few other things.  There's a small visitor center but the lights were off.  We pulled on the doors, found them open, and went inside.  Several displays showed where fish from the hatchery are stocked, what kinds of fish they raise at the hatchery, along with some mounts of large fish from around Arizona.  The kids found a brochure on crawdads and wanted to bring it home.  The Page Springs Hatchery was a great stop- the kids ran around, learned a few things, and left happy.  It's a great stop for kids in the Sedona area.