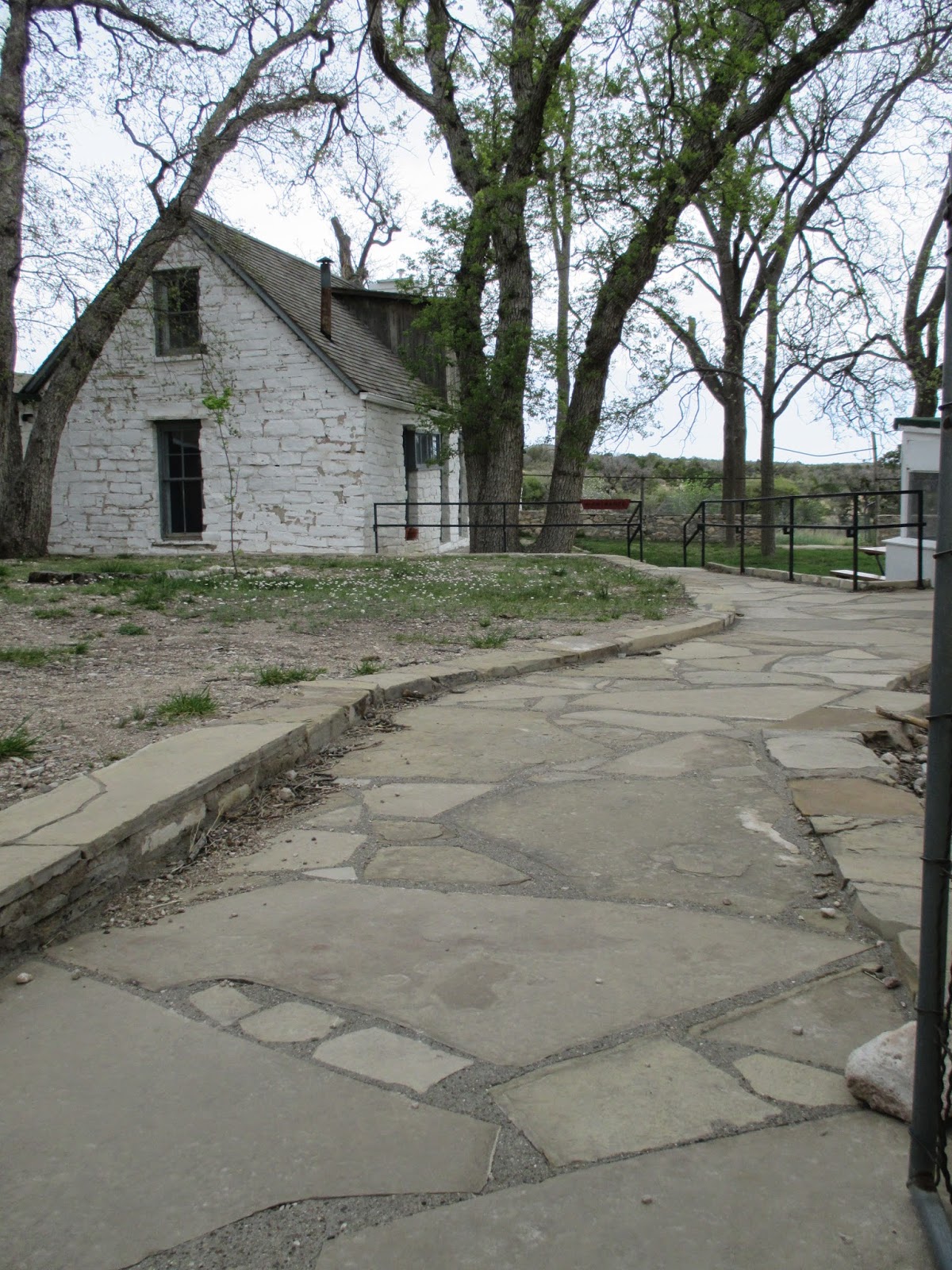 We visited the Frijole Ranch at Guadalupe Mountains National Park after hiking the Devils Hall Trail.  It's a few miles down the road from the visitor center.  The Frijole Ranch was one of the main locations in the Guadalupe Mountains where people settled, primarily due to the reliable spring that still kicks out water at the rate of 6 gallons a minute. The museum was closed when we visited, but we still enjoyed wandering the grounds.  I liked the gas generator that was between the ranch house and the school house which used carbide to produce oxyacetylene gas which was piped into the house and burned to produce light. 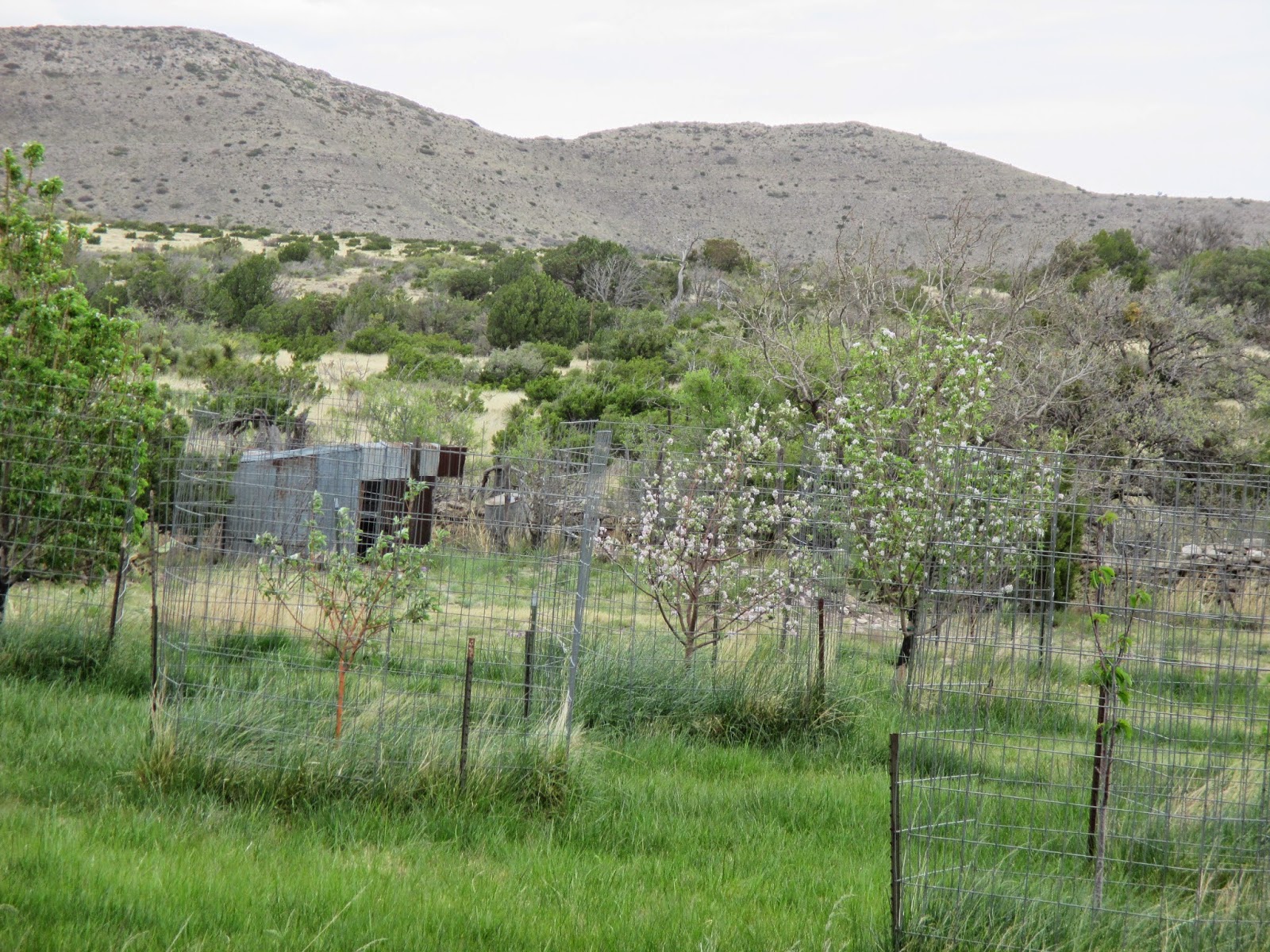 Out behind the house is an orchard, which was used to supplement the income of the families that lived at the Frijole Ranch.  The fruit must have been a welcome change to the diet of beans (where do you think the Frijole Ranch got it's name?), as well as provided supplemental income.   Most of the orchard has been replanted with numerous varieties of apples, pears, and peaches, along with plums. 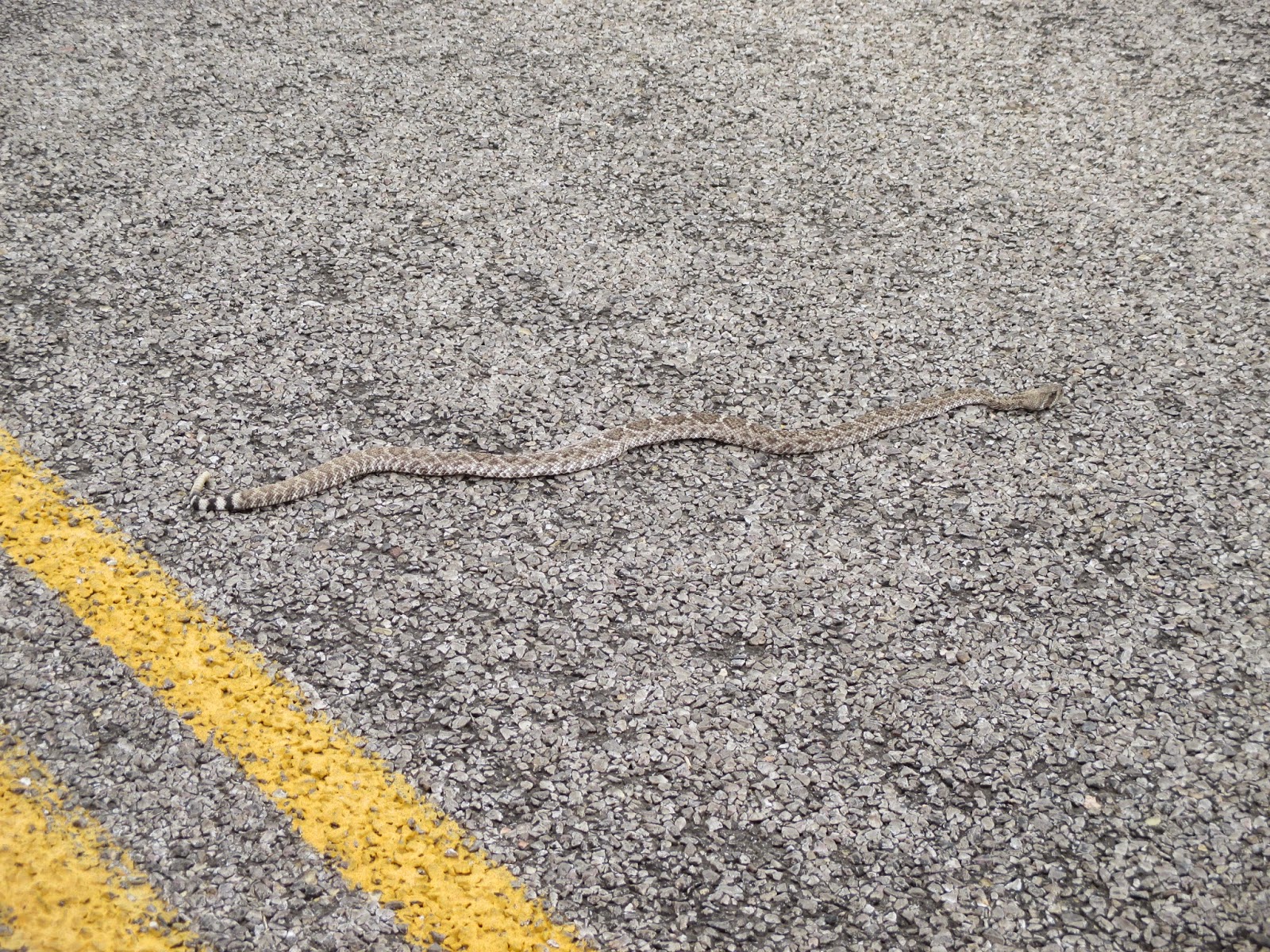 We drove to McKittrick Canyon, and along the way saw this rattlesnake in the road.  We drove around it and he was gone when we drove back out.  We didn't hike up McKittrick Canyon because everyone was just too tired.  I'll have to put it at the top of the list the next time I make it out here. 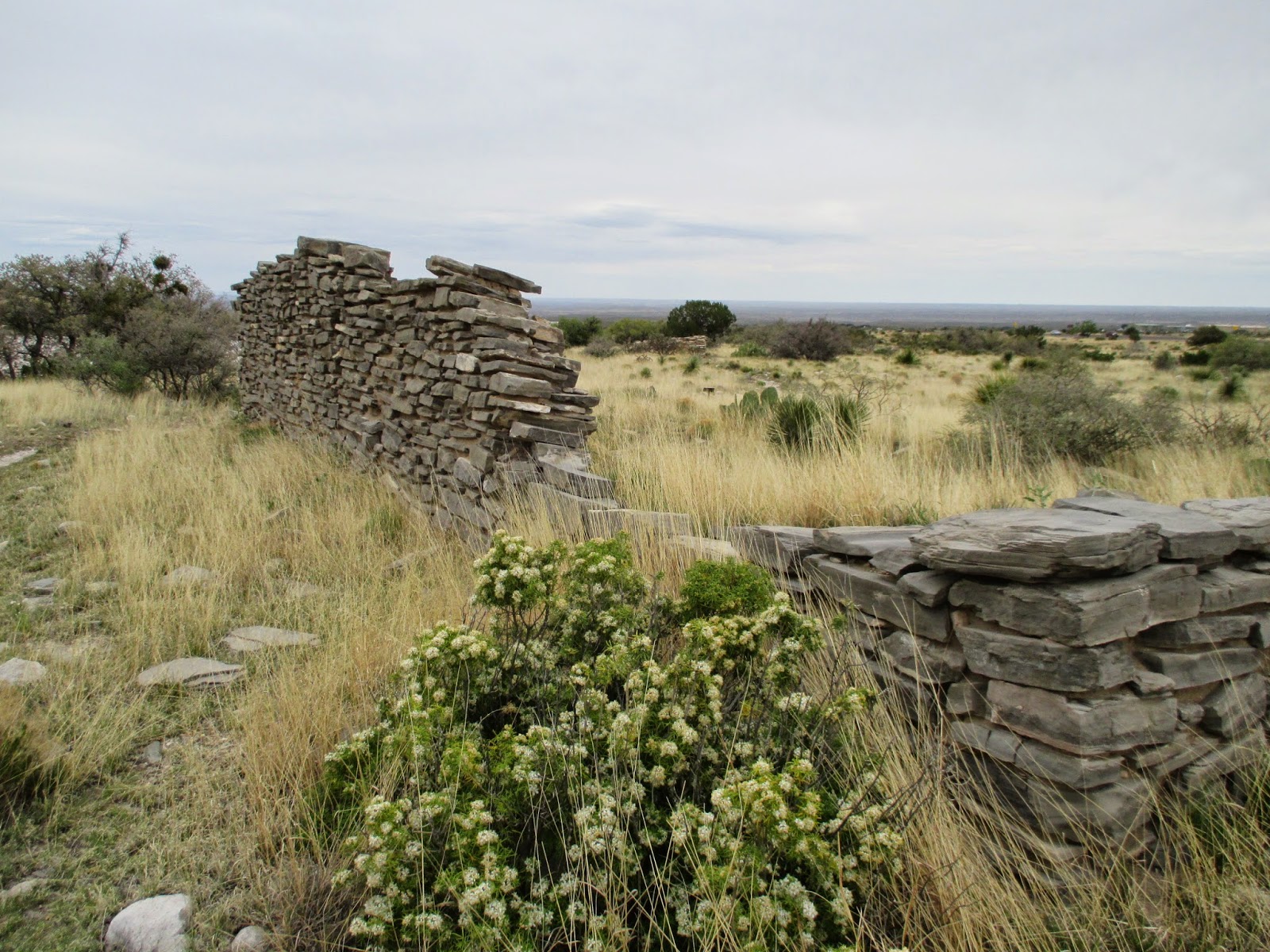 The Pine Springs Stage Station was another quick and easy stop.  You can hike to it from the visitor center, or park in the parking area along the highway.  The stage station was on the Butterfield Stage line and was one of the more desirable stations to live at.  Now it's just ruins.  I thought it would be interesting to see Pine Springs, which the nearby campground was named after, but the springs dried up in the 1930's after an earthquake. 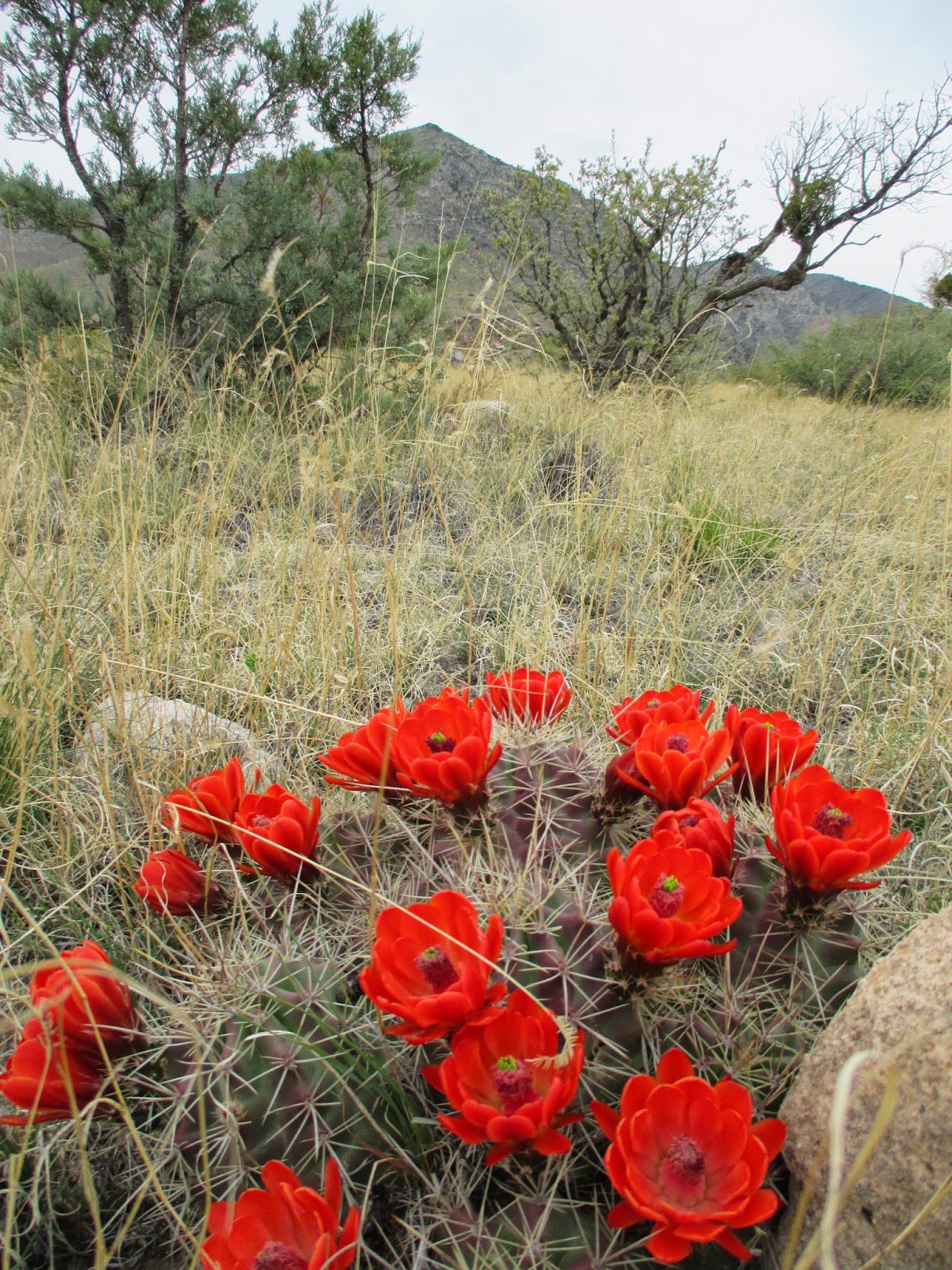 In mid-April the claret cup cactus were in bloom.  I love their brilliant colors! 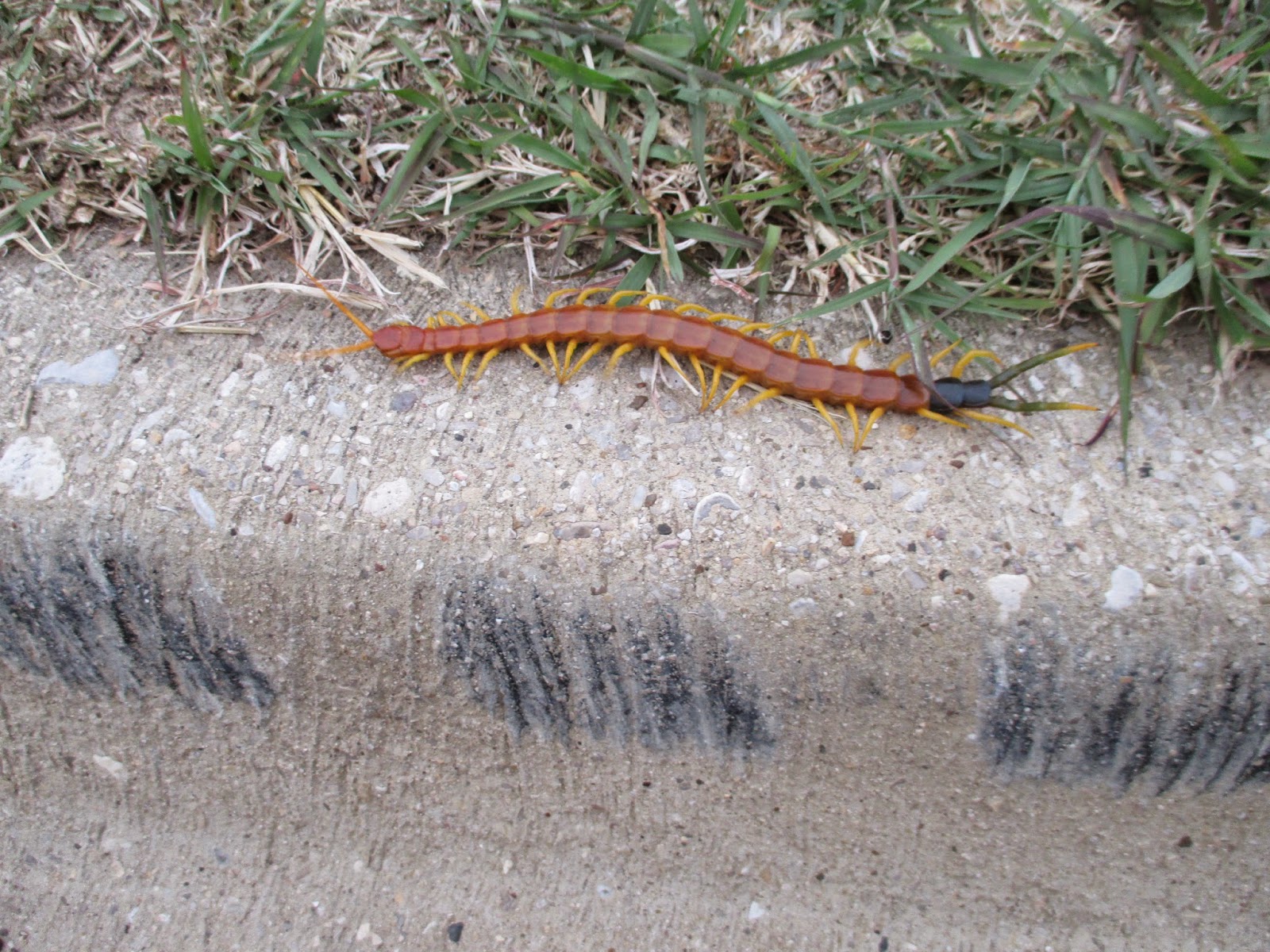 One final critter we saw at Guadalupe Mountains National Park was this Texas red-headed centipede.  Everything really is bigger in Texas!  For a point of reference, he's crawling along the back of a curb.  They grow to be 6-8 inches long, but they're not poisonous.