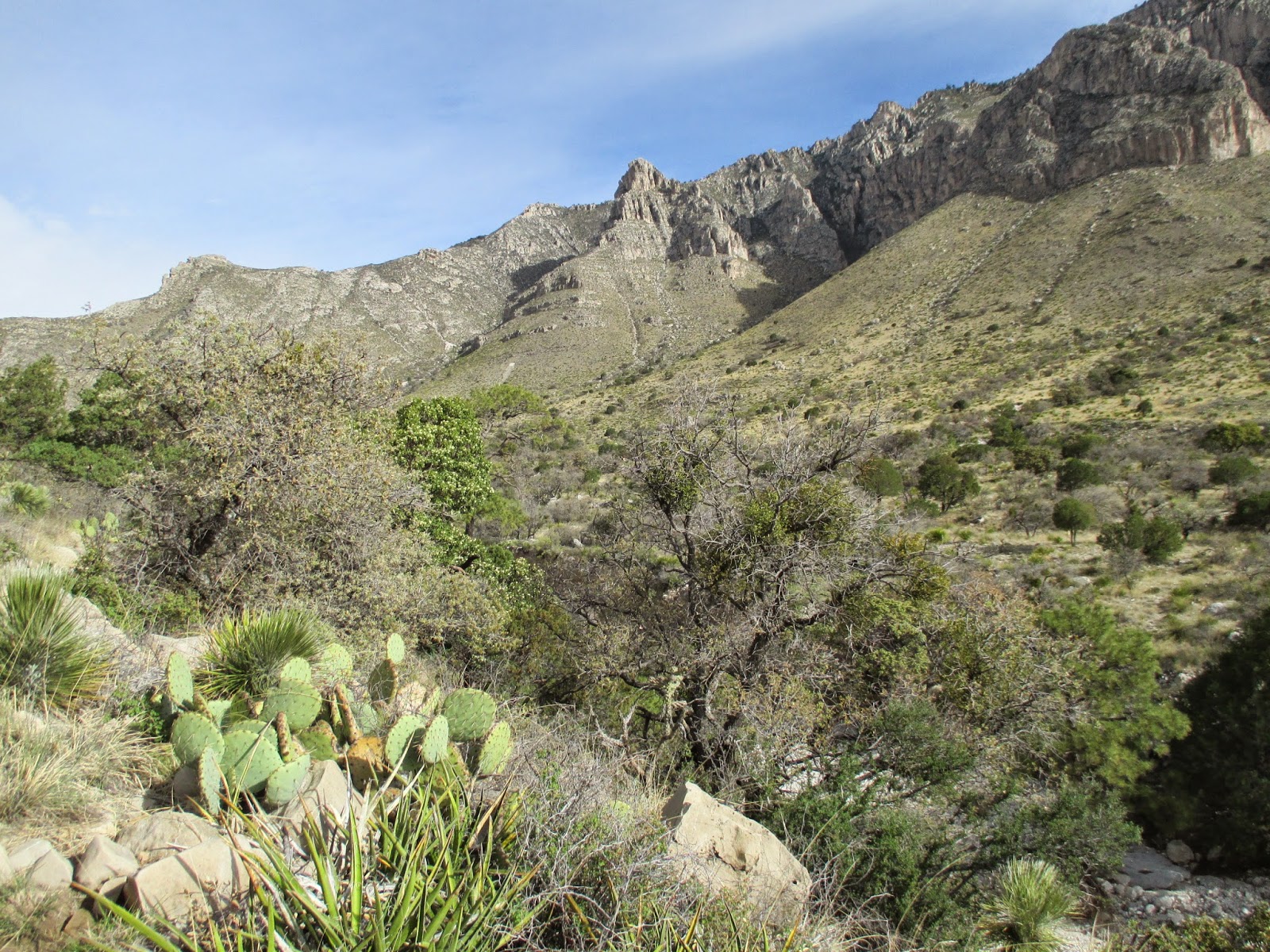 We did one other hike at Guadalupe National Park.  The Devils Hall hike looked interesting, so we loaded up the kids one morning after breakfast, then walked up to the trailhead from our site in the Pine Springs Campground.  The hike is 4.2 miles round trip, which we figured was doable for our 4 year old.  Plus it had a destination at the end that would be a little motivating.  There was a fairly sizable crowd at the trailhead, most of them going to Guadalupe Peak.  We signed in at the register, then held to the right as the trail split 50 yards from the trailhead. 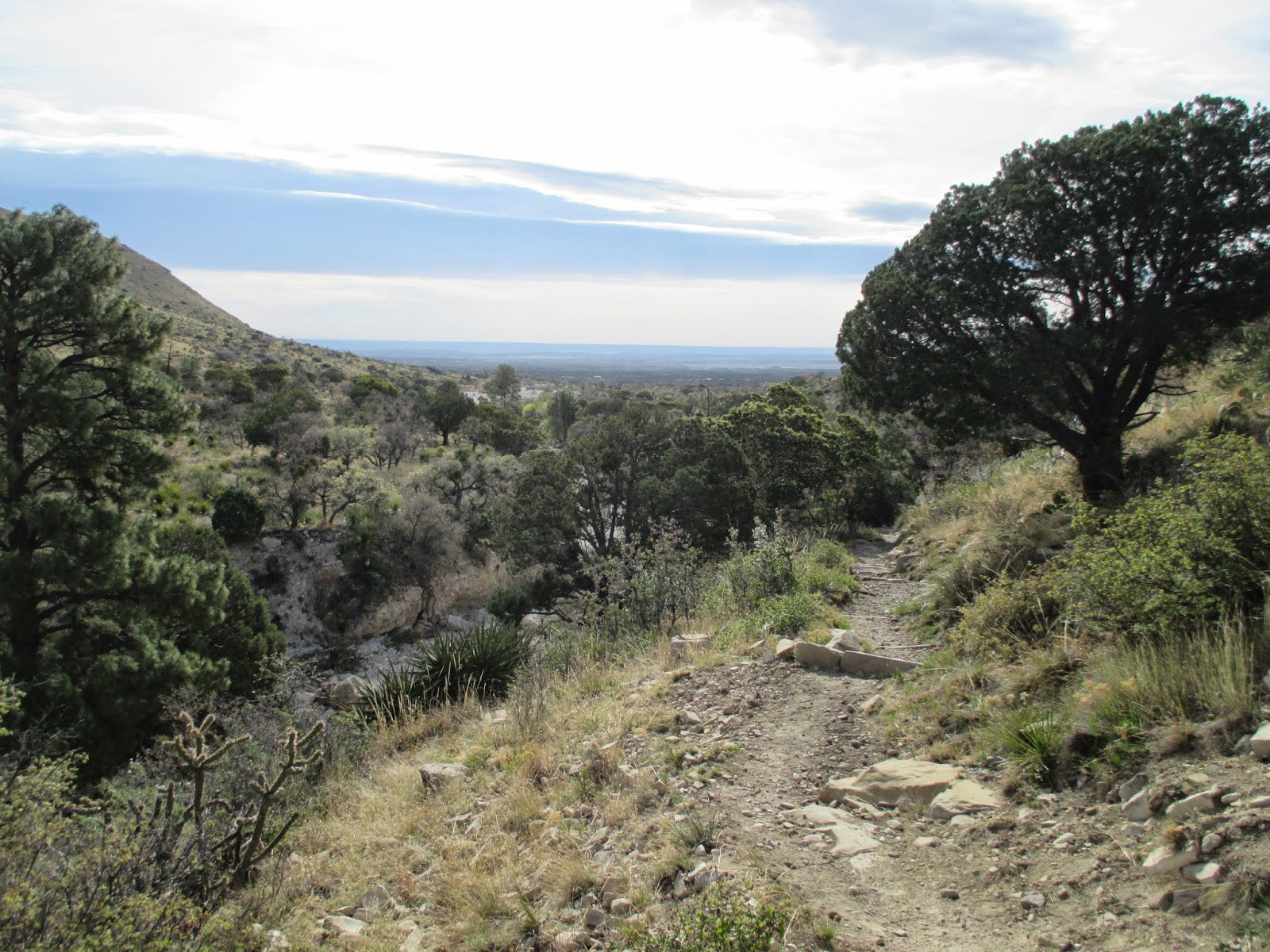 The trail goes along the lower slopes of a canyon for about half of the hike.  The desert vegetation different than what you'd find out in the open.  We even saw a few maple trees on the way in. 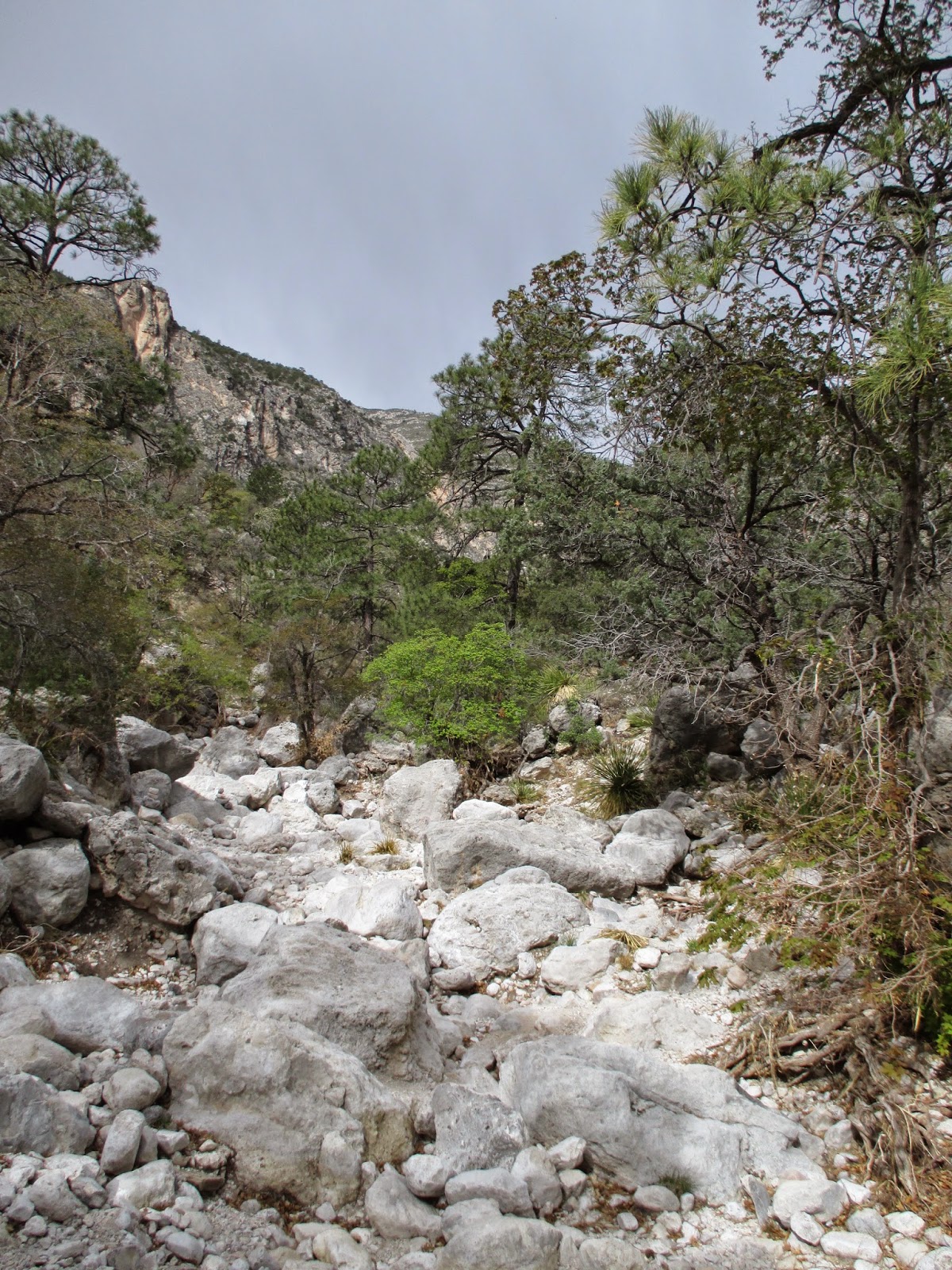 About midpoint of the hike, the trail drops down to the streambed, which is then followed for the rest of the hike.  There's no real trail, but there's not really much routefinding either- just follow the streambed, going around and climbing over boulders as you do so. 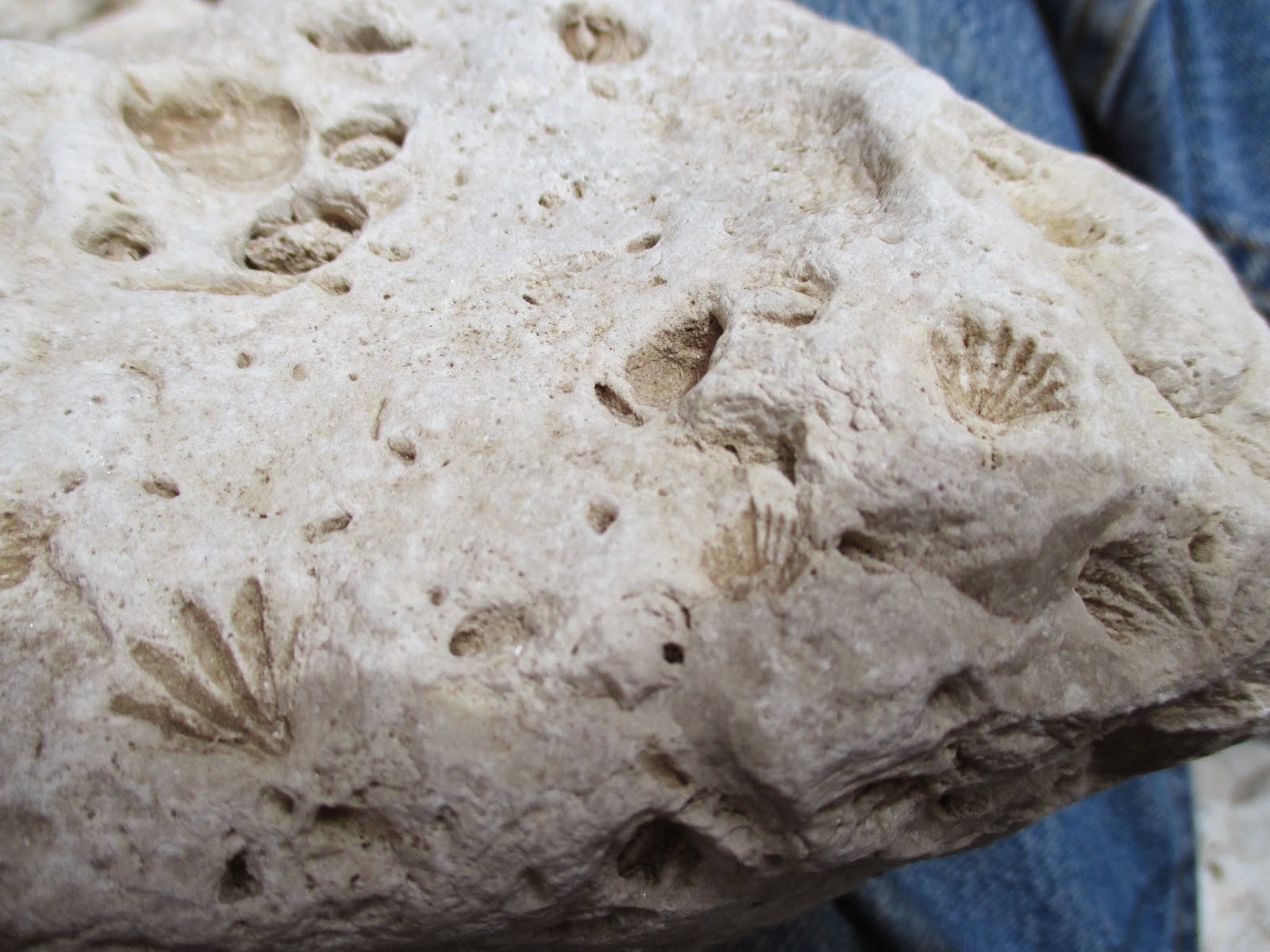 A few of the boulders and rocks have fossils in them.  Actually, Guadalupe National Park was created because of the fossils that are in the remnants of a Permian fossilized reef.  This reef was formed during the same geologic time period that the trackways and footprints at Prehistoric Trackways National Monument were put down. 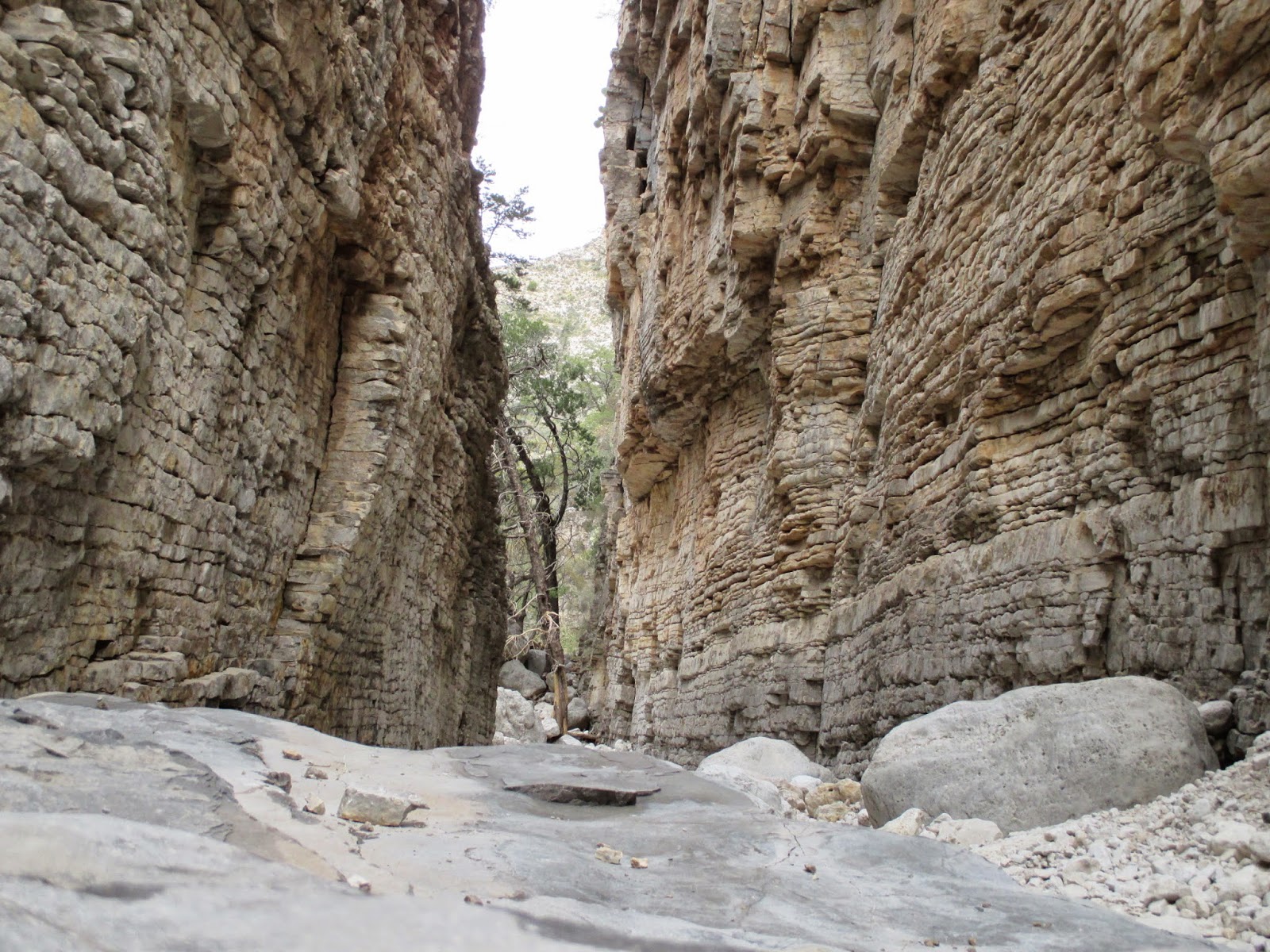 At about the 2 mile mark, the banded limestone cliffs start to climb above the stream bed, and after a short opening we arrived at the Devils Hall.  It's a short section where the stream runs through a slot canyonlike  gap in the limestone bedding.  I found it somewhat disappointing as it wasn't as cool as the pictures I'd seen of it made it look.  But that's the advantage and drawback of photography I guess- it can make it look a whole lot better than real life, or fail to remotely capture how awesome a place is. 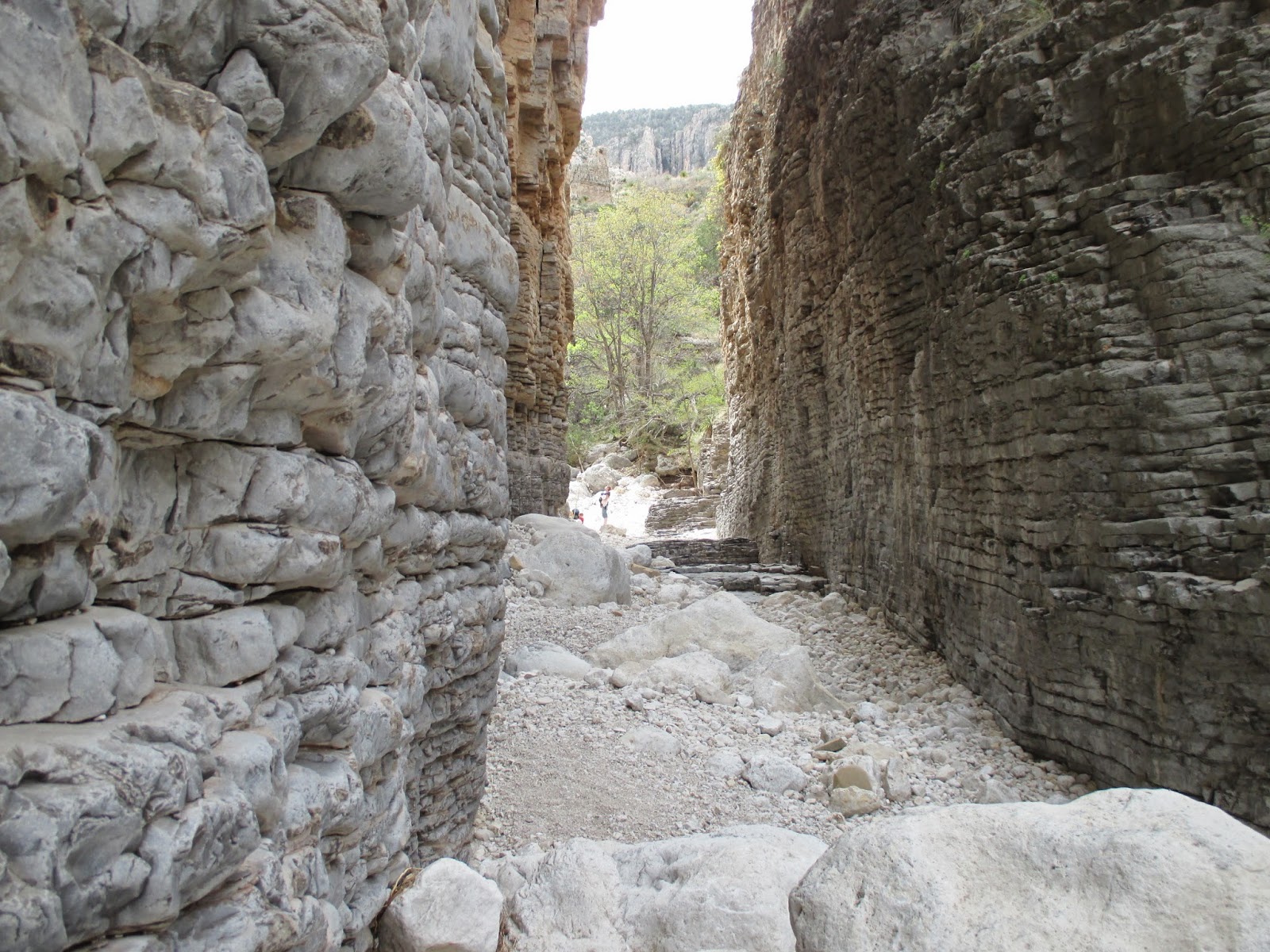 We had a picnic at the hall, then packed up and hiked back down the trail.  We met several other hikers on their way in.  We made it back to our camp about 4 1/2 hours later, the 4 year old having hiked the entire way, a little tired at the end, but still under her own power.  I thought it was a decent hike, but wasn't that impressed at the same time.  I guess I've been spoiled by having hiked some of those Utah slot canyons!