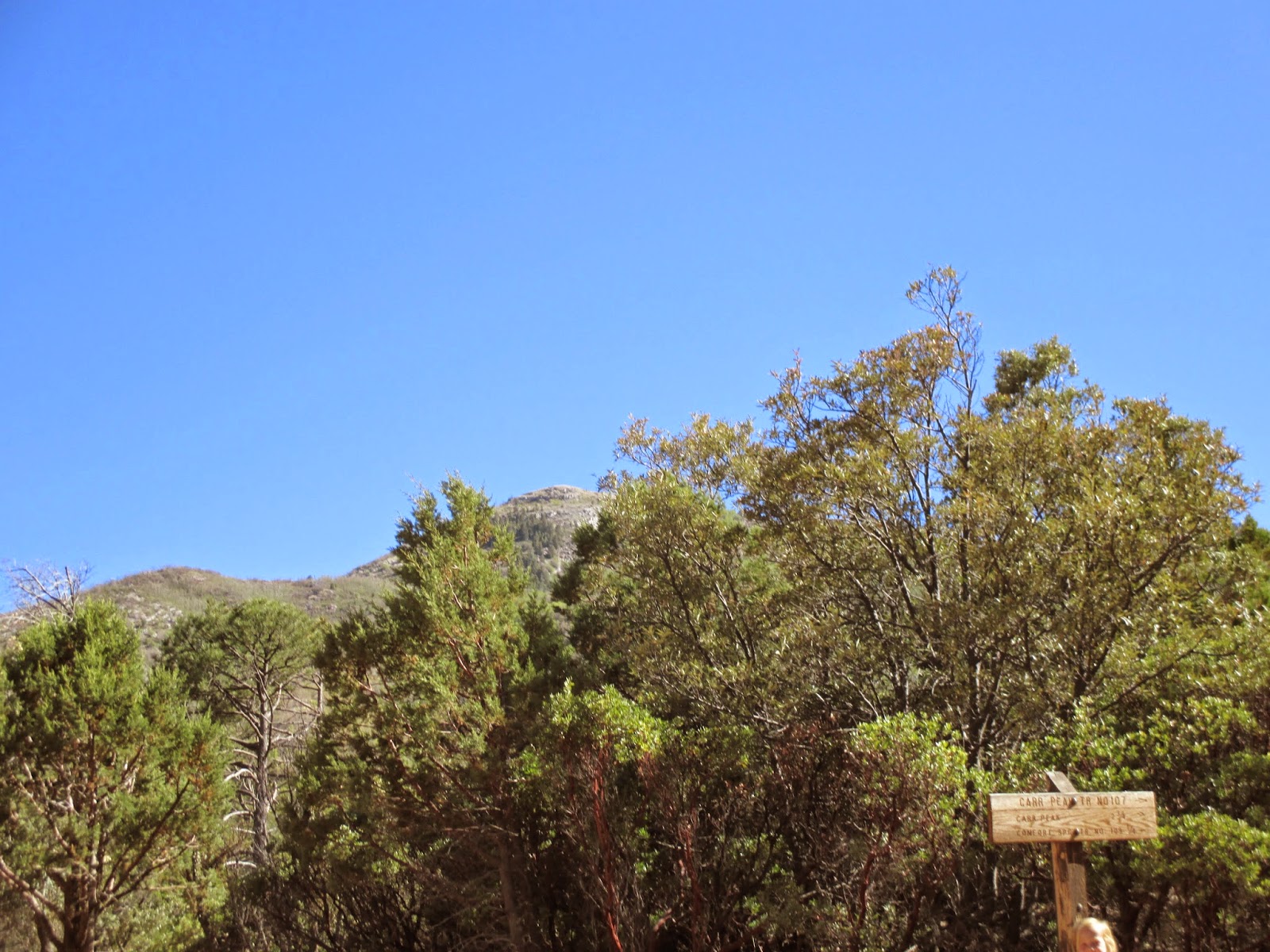 I've been wanting to climb a peak in the Huachucas for a while.  Miller Peak was my desired destination, as it is the highest peak in the Huachuca Mountains, but my babysitter fell through, so I changed to Carr Peak so I could haul the kids and family up there with me.  We thought about camping up Carr Canyon, but ultimately decided to stay home so we could get a few things done that have been lingering on the "to do" list for too long.  I worked on building the strongback for my canoe while my wife sewed some adventure vests for the kids.  We also played a little phone tag while some friends deliberated about coming with us.  Ultimately, it would end up being just a family hike.  We got to the trailhead about 9 AM, finished getting everything in order for the hike, then headed up the trail. 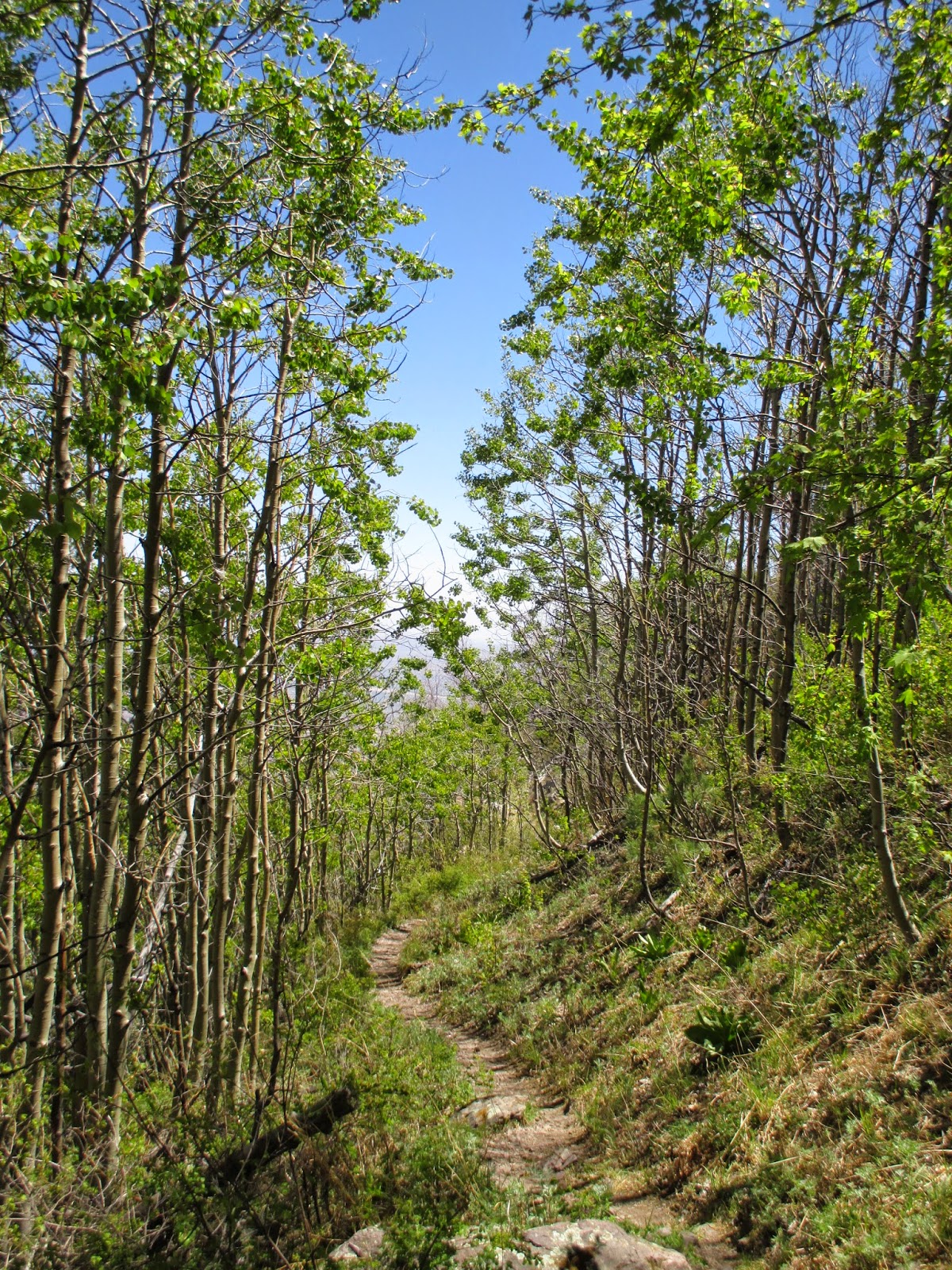 We left Sierra Vista about 8:15 and got to the trailhead about 8:45. At the trailhead at the end of the road, located near the Ramsey Vista Campground, we finished getting everything in order for the hike, then headed up the trail shortly after 9. The Carr Canyon Road on top of the reef is at 7200 ft in elevation, making a nice change from the desert floor below.  The trail starts out through the manzanita, passes a small grove of evergreens, then switchbacks up the brush to a grove of aspen trees.  Along the way I hid some pudding cups under an evergreen to serve as motivation for the kids on the return back down.  It was nice to be back in the aspens!  The trees were still really small, having been affected by the Monument Fire a few years back.  The trail soon turned a corner and started circling around the back side of the peak for the final climb to the summit.

The kids were tired but kept pushing on.  We told stories and played games to keep them going.  The wind was really whipping as we left the crest trail to the final 1/3 mile to the summit, so we hiked quickly in order to get into some sort of shelter from the wind at the top.  We made the peak about 3 1/2 hours after we left.  It's 2 3/4 miles to the peak, with a gain of 2000 feet in elevation.  We'd been hiking at the blistering pace of 0.78 mph, but the amazing thing was that the 4 1/2 year old had done it all on her own. 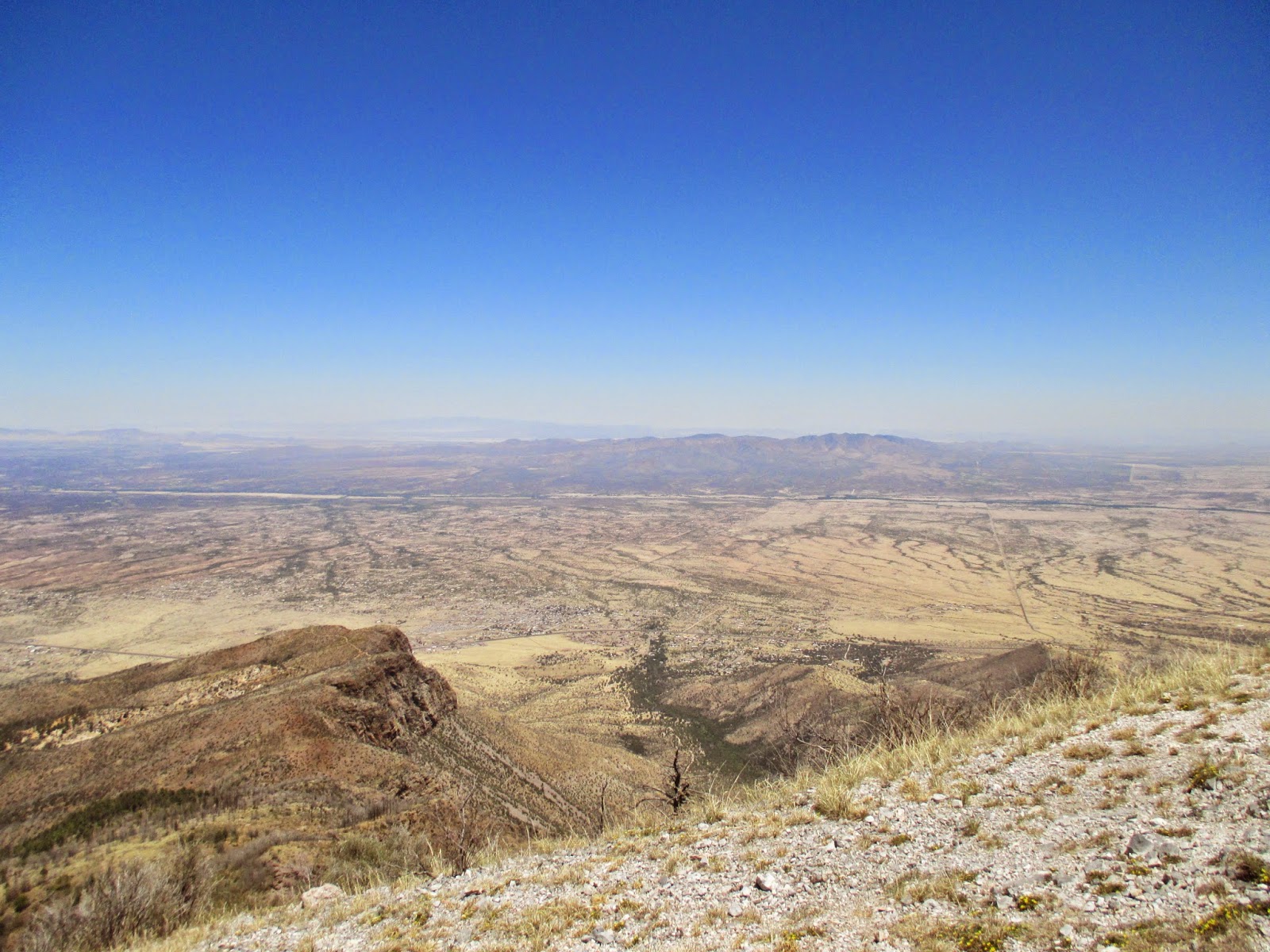 Carr Peak summits out at 9236 feet.  It's the second highest peak of the Huachuca Mountains (second only to Miller Peak), and the 3rd highest peak in Cochise County.  We enjoyed our 1/2 hour break at the top and the fantastic view.  After we all were sufficiently rested, we loaded back up and hiked down. Along the way, we passed a dirty hiker heading south toward Mexico at a brisk pace.  While I'm not certain, it easily could have been a coyote (the slang name for a human smuggler).  While illegal immigrants use the Huachuca Mountains as a corridor north, they almost exclusively leave people alone as they'd rather avoid seeing you and know that if they mess with a citizen their chances of getting in are drastically reduced.  The pudding cups were fantastic motivators for the 4 1/2 year old, but more games and stories helped pass the time.  We found our stashed pudding cups and enjoyed the chocolate mess the kids created with them.  More stories and games helped the rest of the way down the trail.  We made it back to the car 6 hours after we left- the 4 1/2 year old having hiked every step of the 5.5 miles.  It was a fantastic hike, and a great lesson in doing hard things for the young hiker.  Now I need to go climb Miller Peak!