Camping and Soaking at the Hot Well Dunes

The first weekend in May we went camping out at the Hot Well Dunes.  We didn't start packing until I got home from work on Friday, so the late start set us back quite a bit.  We drove up to I-10, then east to Bowie.  We got to Bowie in the late dusk and after a short delay while waiting for a train to cross, the rest of our drive was in the dark.  We drove 19 miles on mostly-dirt roads north of Bowie to the Hot Well Dunes.  The road is well signed, so there's not much risk in getting lost if you follow the signs.   There's regulated primitive camping at the dunes, so we drove in, found a spot, and set up for the night listening to the country music blasting from some campers 1/4 mile away.  I didn't even bother putting on the rainfly, so we fell asleep under the endless stars of the desert sky.  There's an official campground there at the dunes, but all of the roads and sites are just camping in the sand.  Camping is pretty much allowed anywhere, but the BLM encourages the use of a few sites by having tables and fire rings out.  A few pit-toilets are available for use as well.
We woke up at what felt like the crack of dawn.  The sun was up, it was time for everybody to get up!  Sleeping in while camping is hard.  Sleeping in while camping when you have kids is impossible.  I dragged out of my bag got out of the tent, and started boiling water for oatmeal.  The kids started hollering about going potty, so I dragged them out of the tent to help them "take care of business".   Before long the water was done, and everyone was filling their tummies.  After breakfast, we put everyone back in the tent to put on their swimming suits to go to the hot springs. 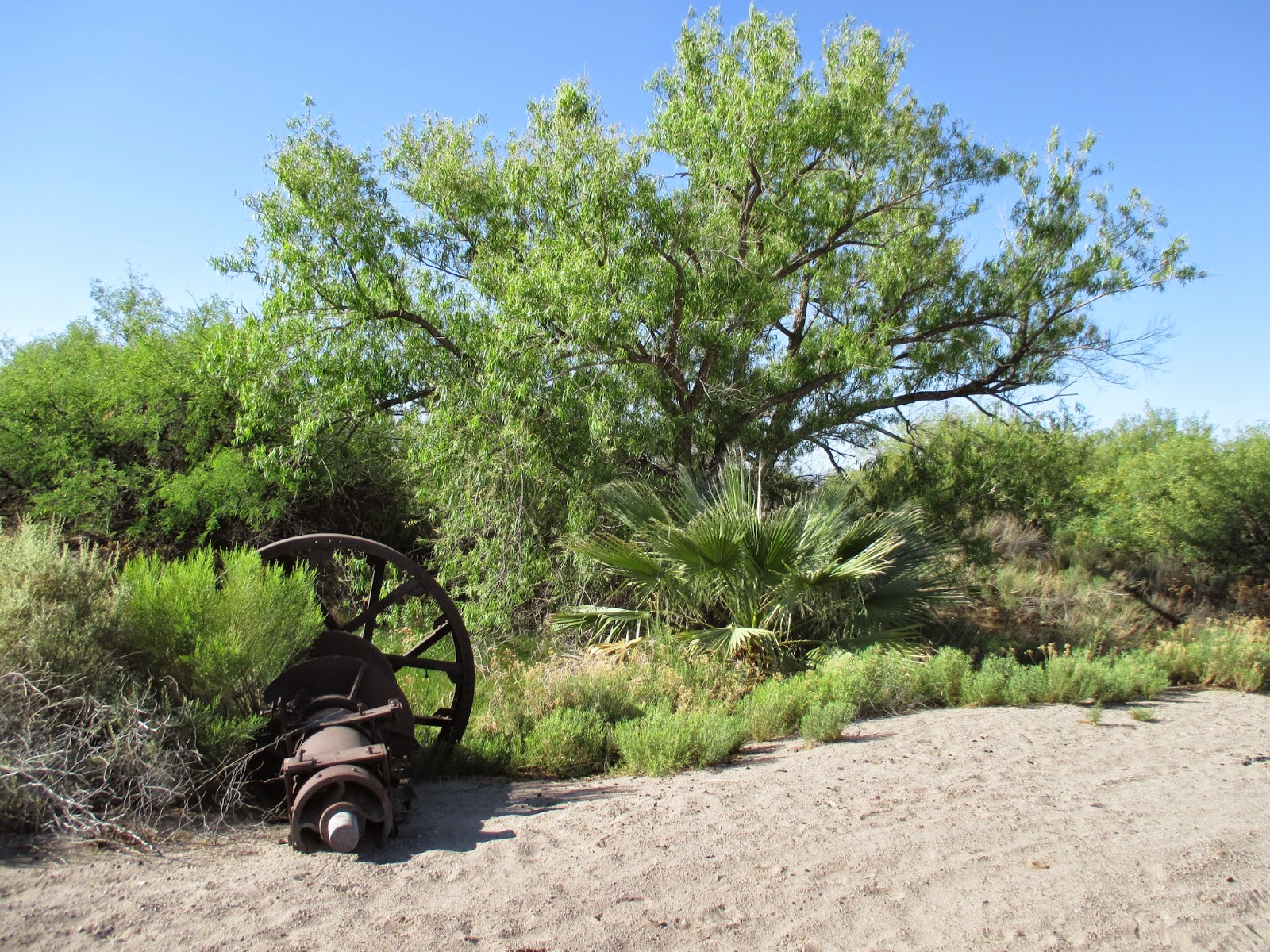 We drove 1/2 mile down the road, and parked at the hot well.  Surprisingly, nobody else was there.  The BLM has the well pump on solar panels, so there is only water in the pools in the daylight hours.  As we got there, the pools were just filling. The water is about 106* and is a delightful soak.  The two pools are well kept, and the area is fenced off to keep ATVs out of the immediate area. 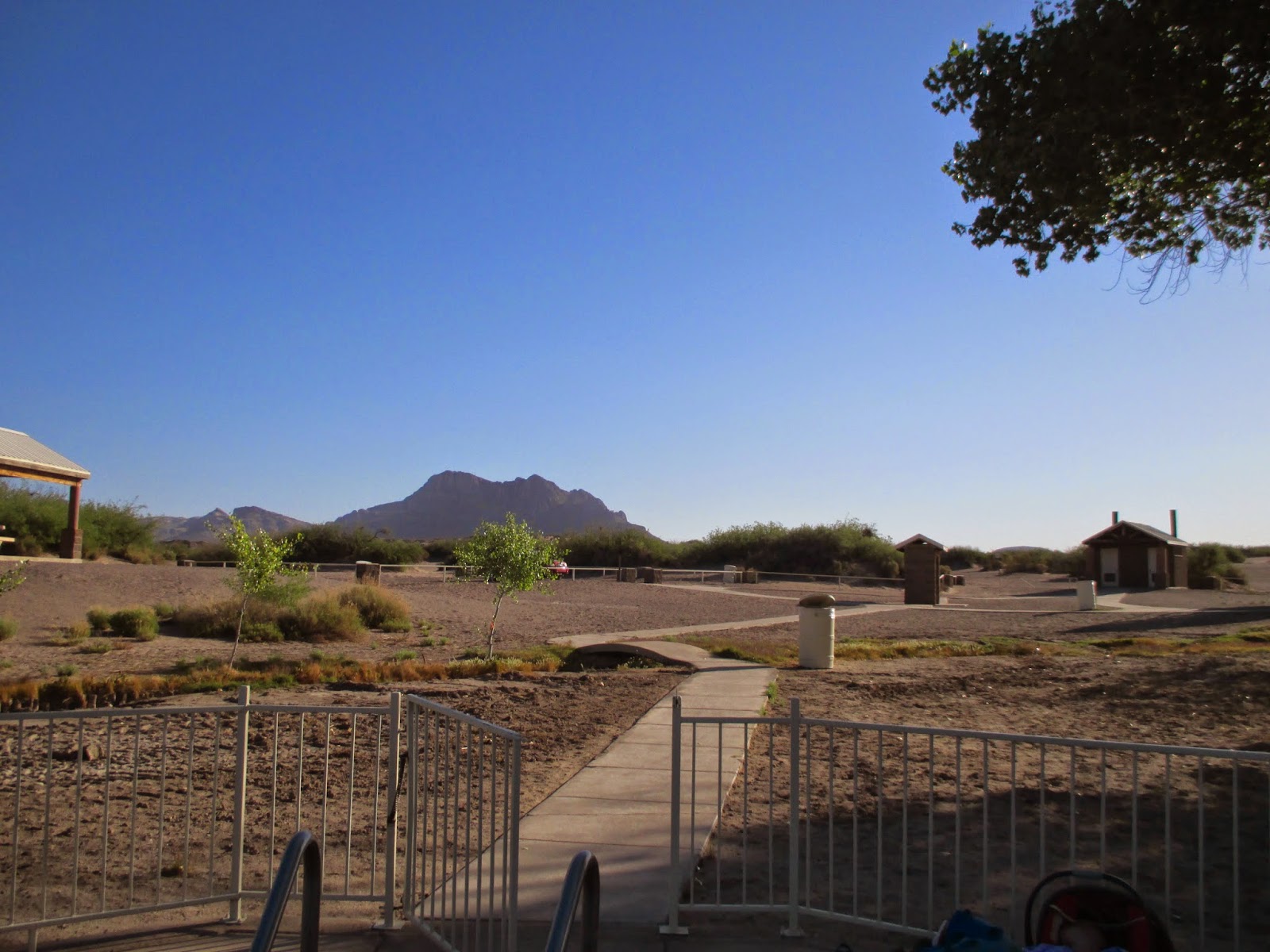 We soaked for nearly an hour, first in the eastern pool, then we moved to the western pool to take advantage of the shade of some big cottonwoods that are between them.  I'm sure in the afternoon, the pools on the east are shaded and probably preferable.  We eventually dragged ourselves out of the pool and toweled off and headed back to camp to change into dry clothes and play in the sand.  On the way we stopped and looked at the drilling rig just west of the fenced off pool area to look at the rig used to drill the well.  The well was drilled in something like 1928 by some folks looking for oil.  1/4 mile down, they struck a pocket of hot water that's been flowing ever since.
﻿