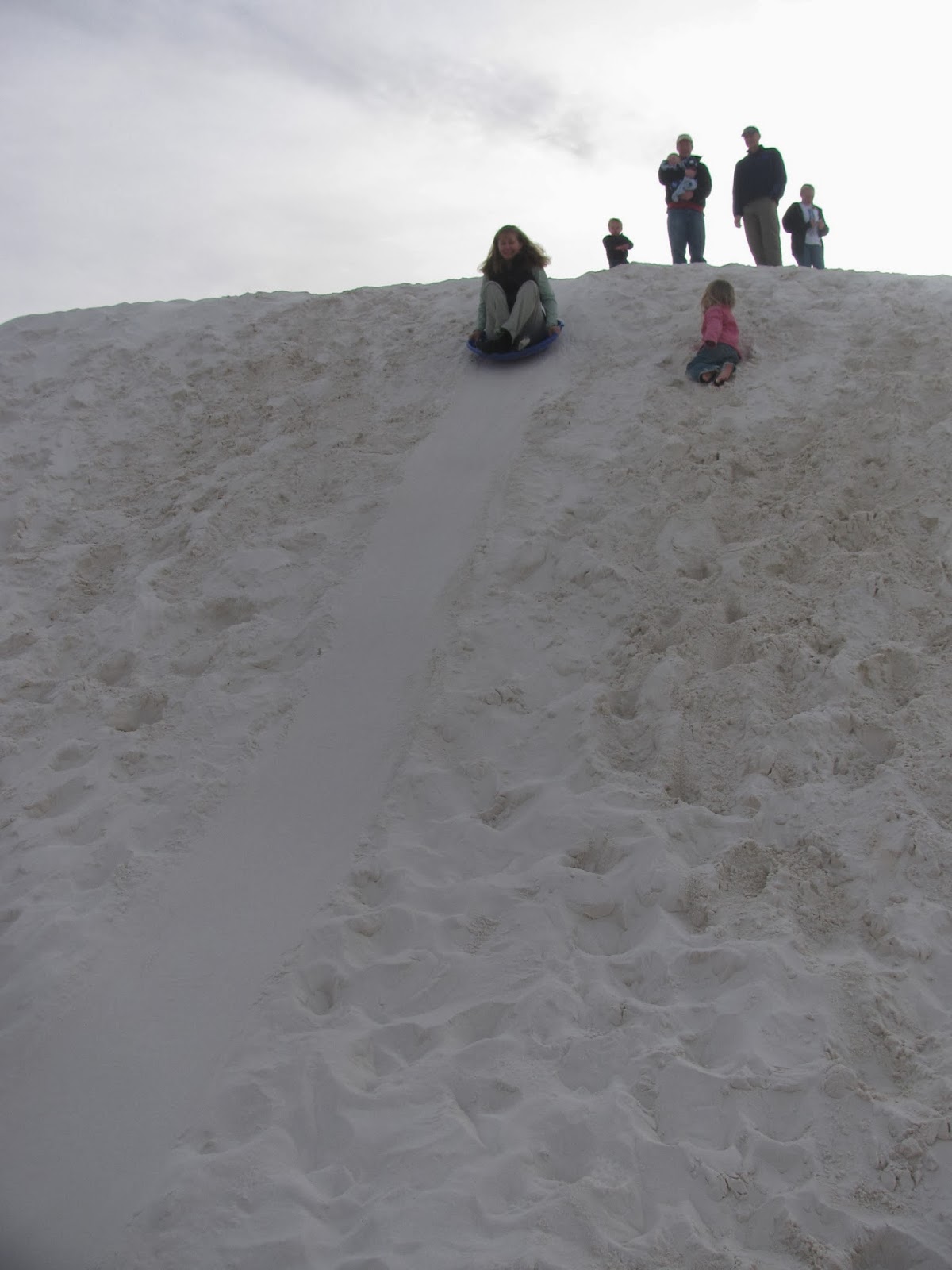 Ahh early January after the rush of the Holidays has died down.  That wonderful time of  year when you've been cooped inside long enough that you ultimately decide to brave the cold and snow to get back outside and enjoy nature once again.  We took a trip to Las Cruces to meet up with family who were in the area for a music competition at New Mexico State University.  They decided to travel with us out to White Sands and see what was happening out there.  We had a blast.  When most of the country was being hammered by a polar vortex, we were sledding in white stuff without even a jacket on. 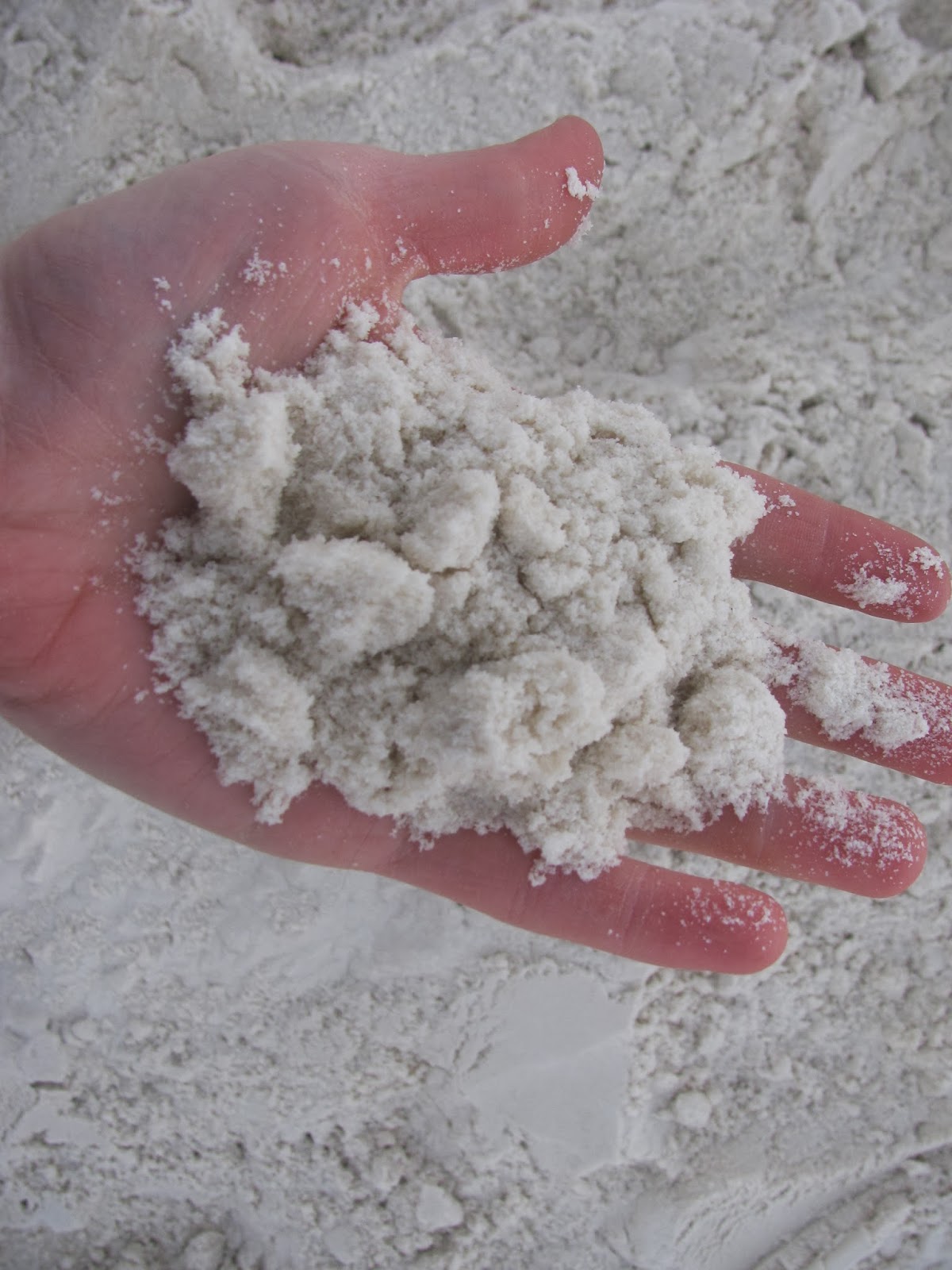 The crazy cool thing about White Sands is that the gypsum sand really does look like snowdrifts, and even the damp sand looks like dirty snow would.  But when you stoop down and grab a handful, it's not cold at all.   The dunes make for some pretty fun sledding, and they sell sleds at the visitor center, and then buy them back at a steep markdown.  The sleds go a bit faster if you rub the bottom with wax every couple of times down the sled run.  It's pretty fun- you're sledding, but you're not cold!  My mind kept telling me it was snow, but I knew better at the same time.  It's really unreal! 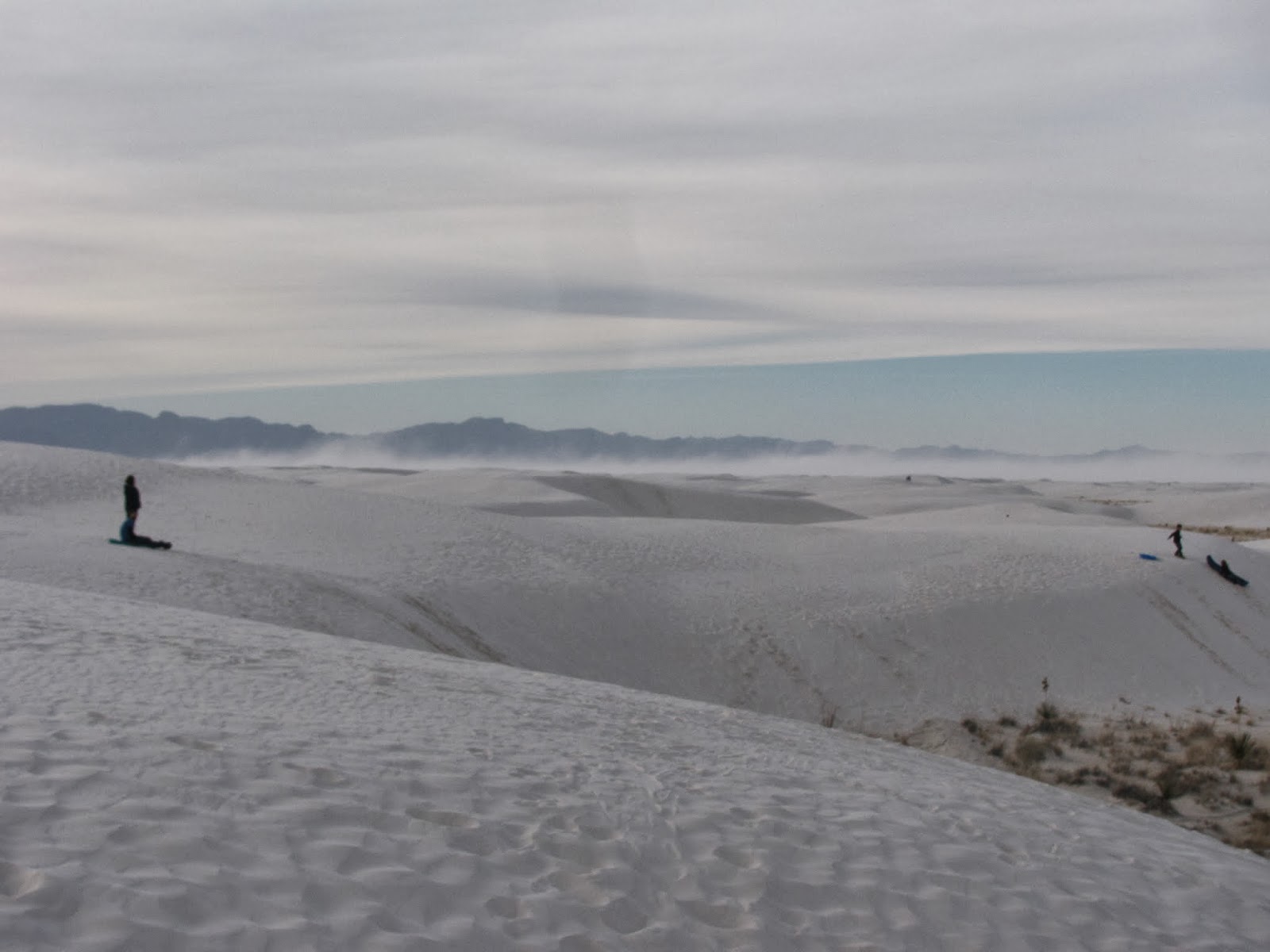 The sands are made of gypsum which has weathered out of the surrounding mountains.  It was deposited into a lakebed which has no natural outlet to the sea, so once the water evaporates, the gypsum, which is water soluble, is left behind.  It's the largest gypsum dunefield in the world, and if the are drained to an ocean it wouldn't be here at all. 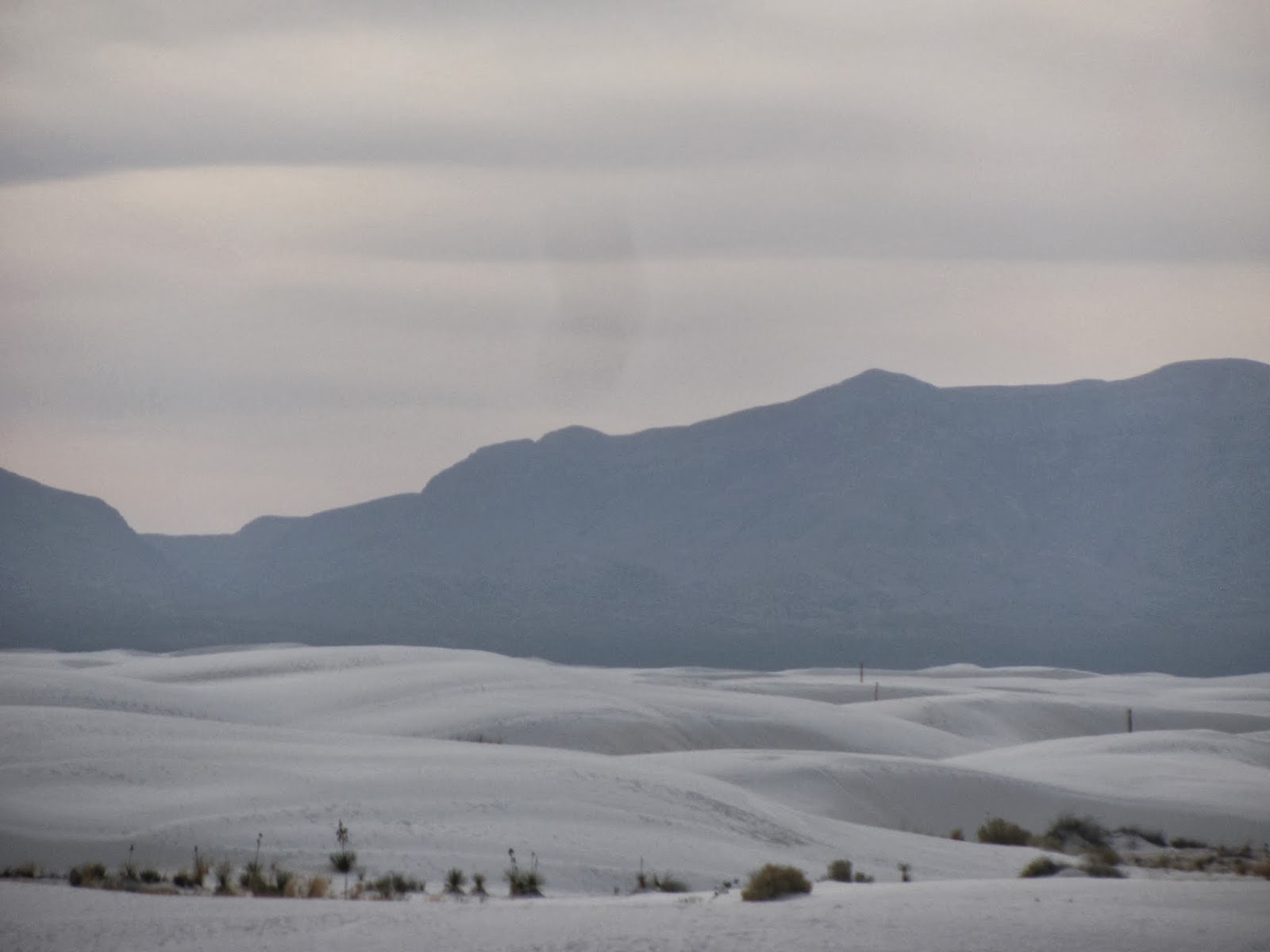 I enjoyed taking pictures of the dunes.  Doesn't it look like snow?!   Admission is $6/vehicle to come to "New Mexico's beach".  There are a few backcountry campsites if you are interested in camping for a small fee.  I probably wouldn't recommend doing it during a full moon though because it would be so bright.  We had a blast and ultimately had to leave because of nightfall and the closing of the park.  We needed more time. 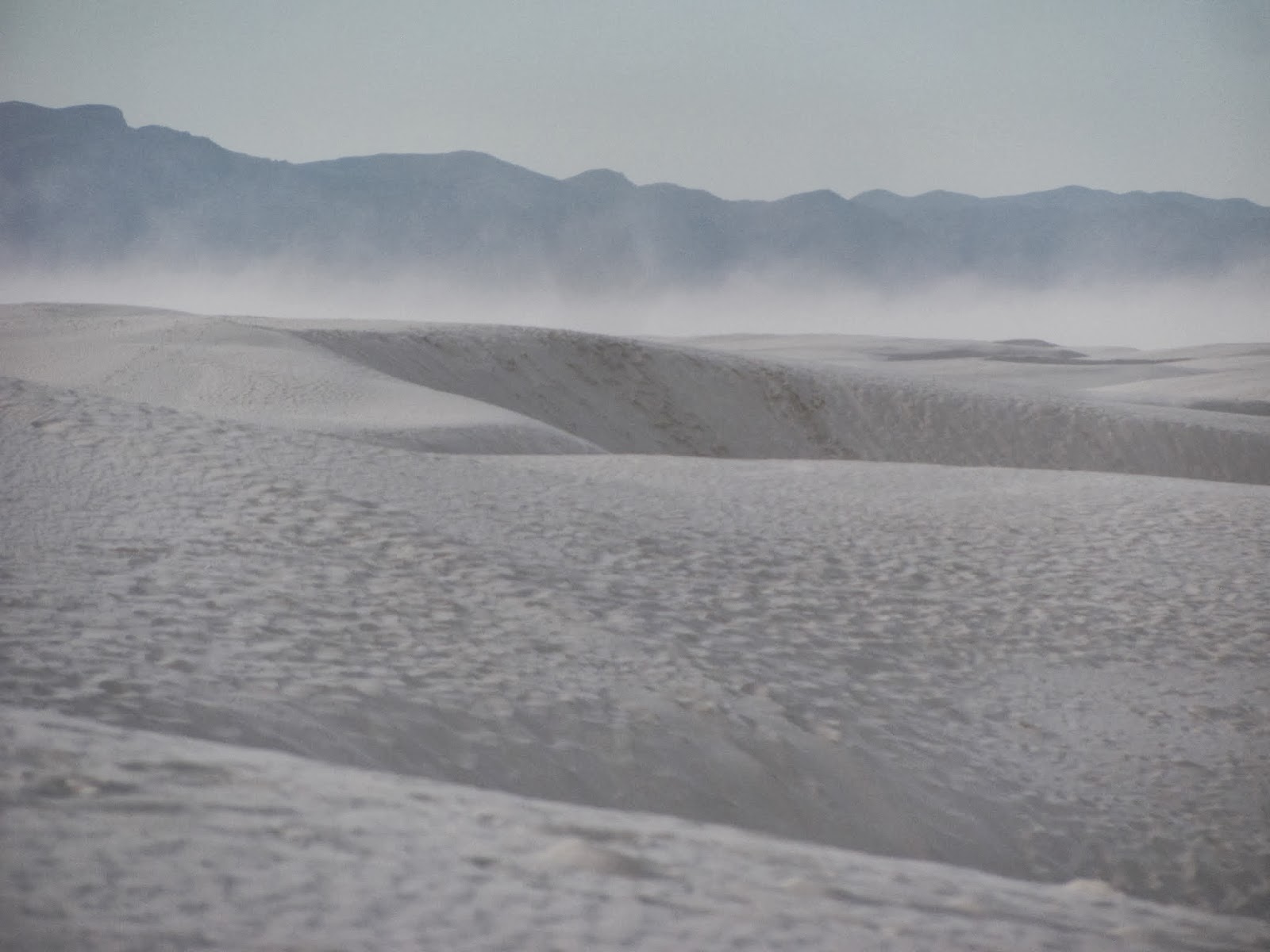 One final story.  Check out on the National Park Service website the story about why alcohol is prohibited several months of the year here.  It's quite a humorous read.