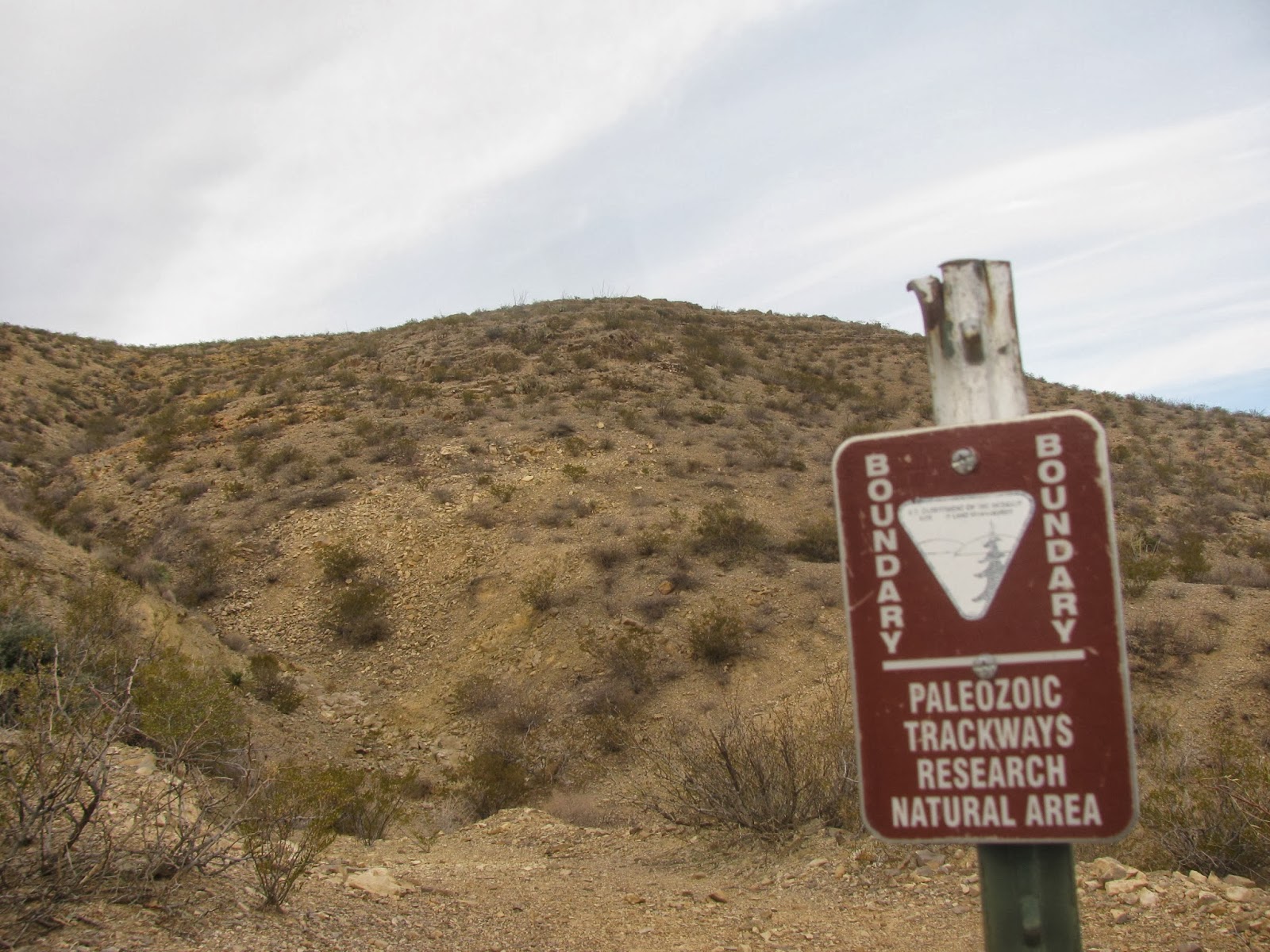 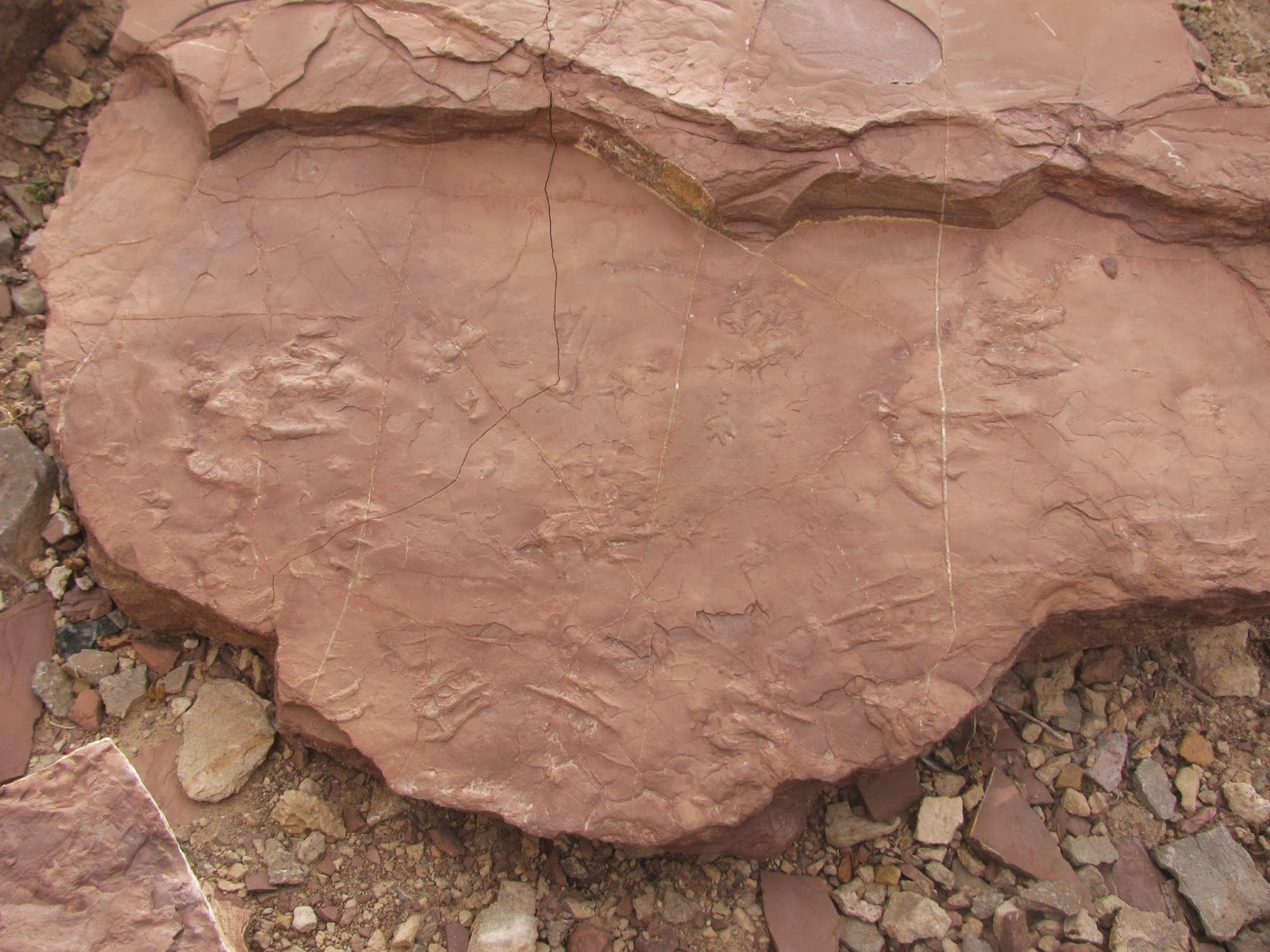 We dragged in to Las Cruces about 7:30 at night and swung by the local KOA to check on accommodations there.  They wanted $30 and change just for us to pitch our tent for the night.  No thanks!  I might be crazy, but I'm not that crazy.  We punched in the coordinates to the monument to see what we could find there.  Sure enough, there were a few primitive sites on the side of a dirt road, but it sure beats shelling out $30 just for  a campsite.  And it had the added bonus of being closer to where we wanted to explore.  We pitched the tent, set up our bedding and crashed out.  We weren't even bothered by the half dozen travel trailers from Texas down the road that were watching a football game on the side of one of their rigs. 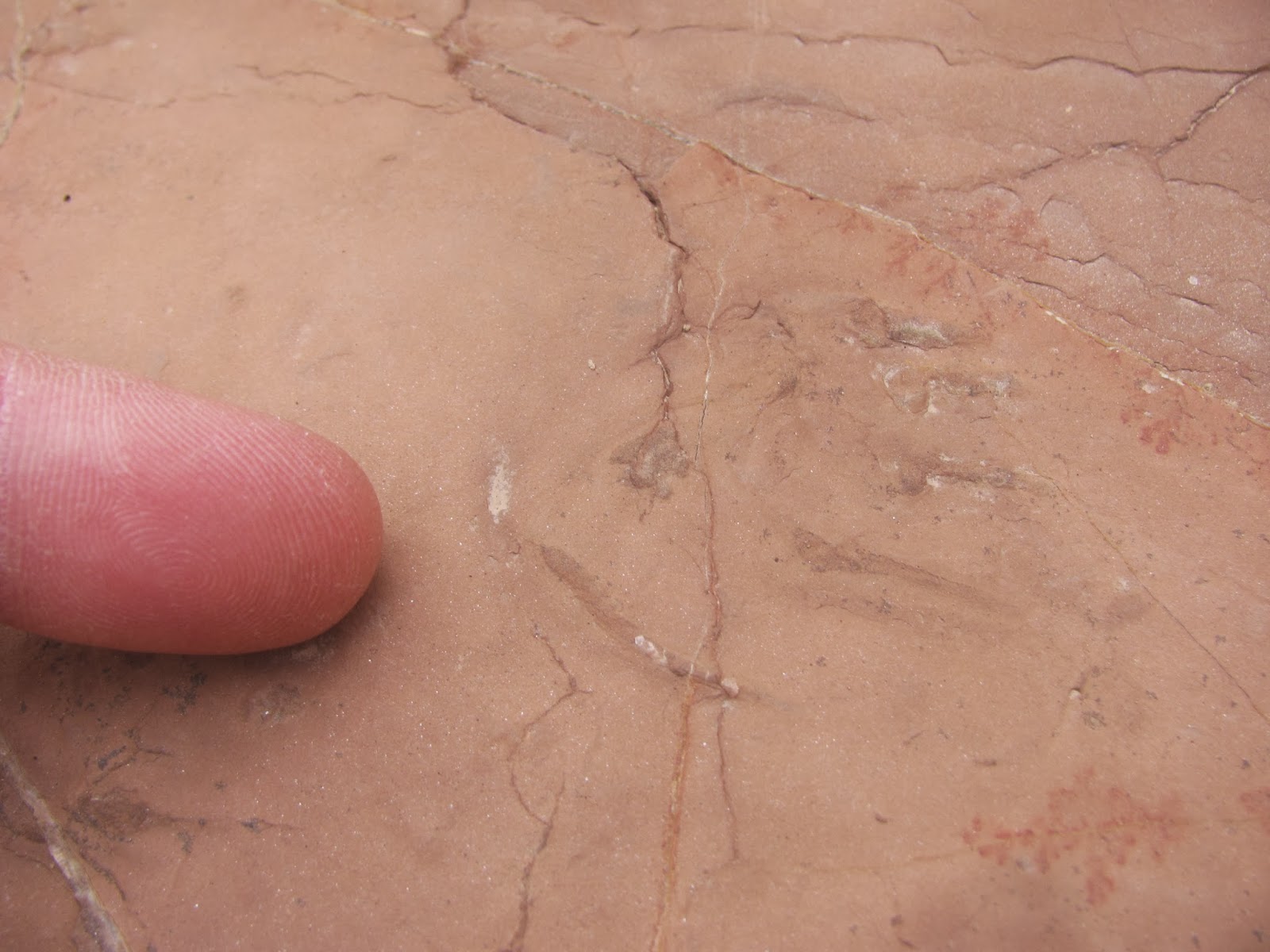 The next morning, we got up, ate a quick breakfast, then set off to find the rumored dinosaur footprints.  The trail led straight up the mountain, over the top, and down the other side.  A short way down the far side of the mountain, the trail dropped to the west into a drainage, then downstream a hundred yards or so to the quarry.   It was well signed, so we had no problem finding the site. 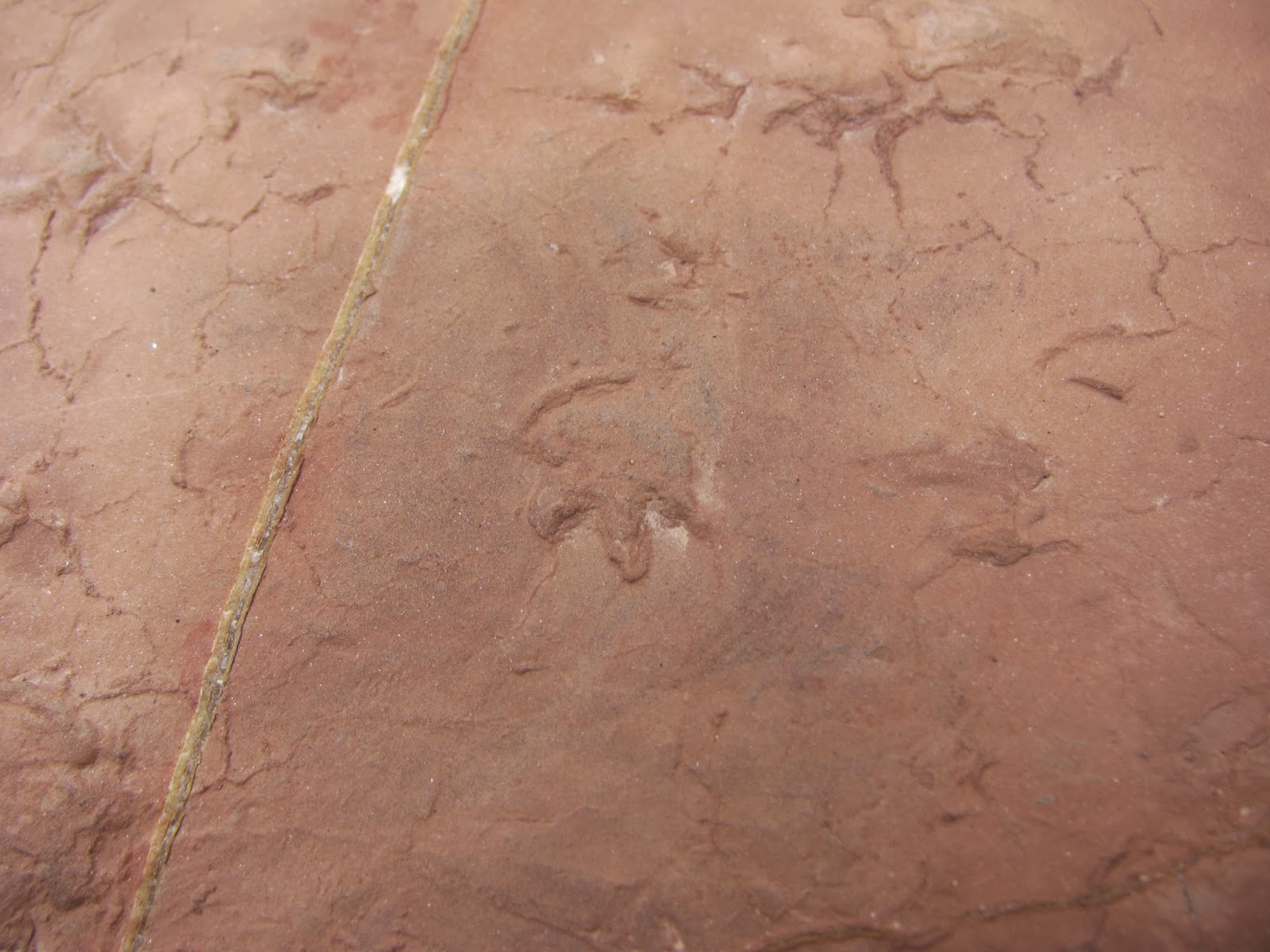 Apparently a local Las Cruces resident named Jerry MacDonald was out looking for dinosaurs and discovered the trackway site in 1987.  He didn't know it at the time, but what he'd found was the best and most complete trackway site in the world.  They're technically not dinosaur footprints since they are Paleozoic, but to a 4 year old a pre-dinosaur is the same thing as a dinosaur.  Our kids thought they were pretty cool and wondered how they got there.  The tracks aren't big, the biggest ones we saw were about the size of a small dog footprint, and numerous being mouse-sized footprints. 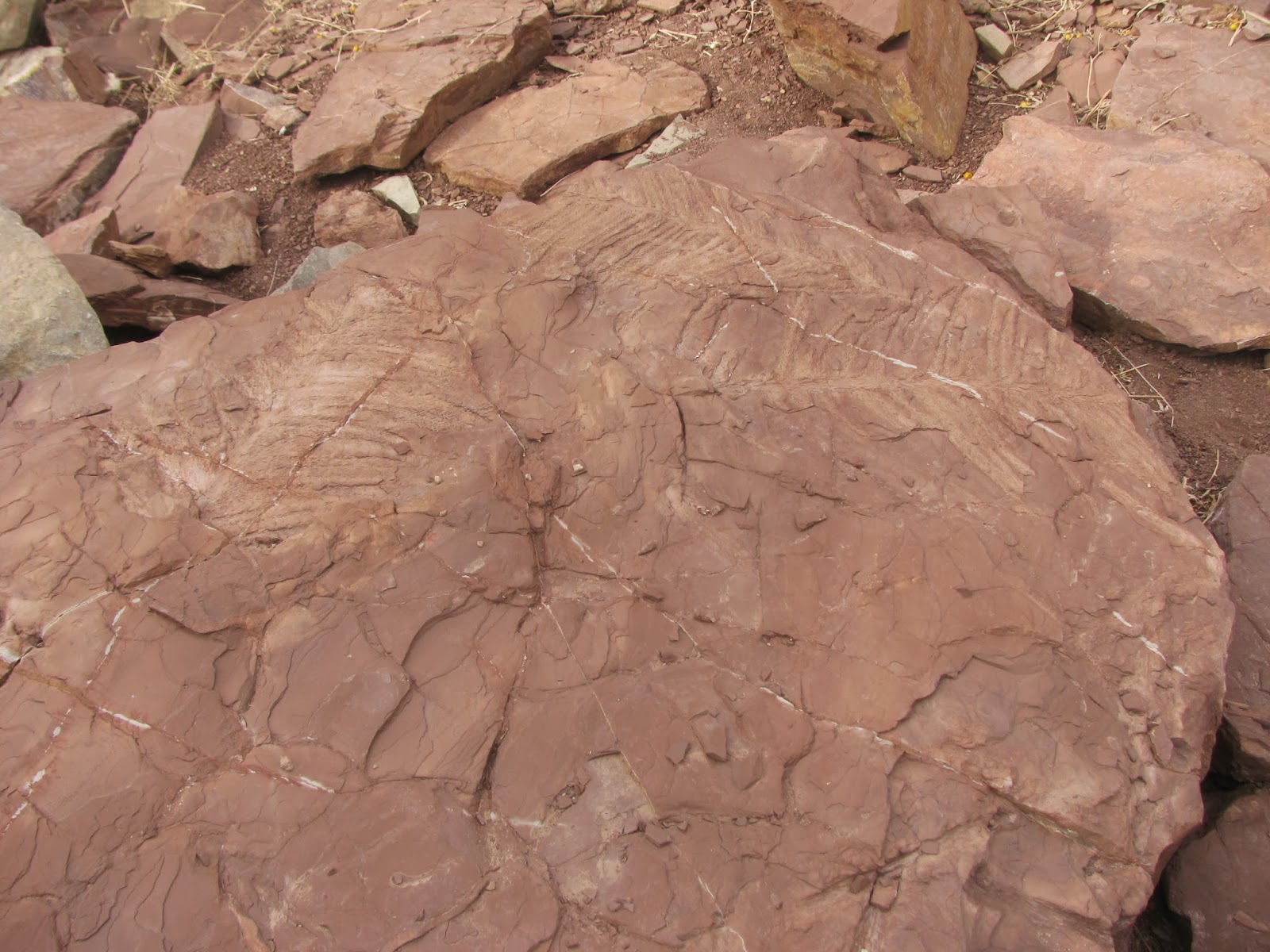 There's also a rock with some plant imprints in it. 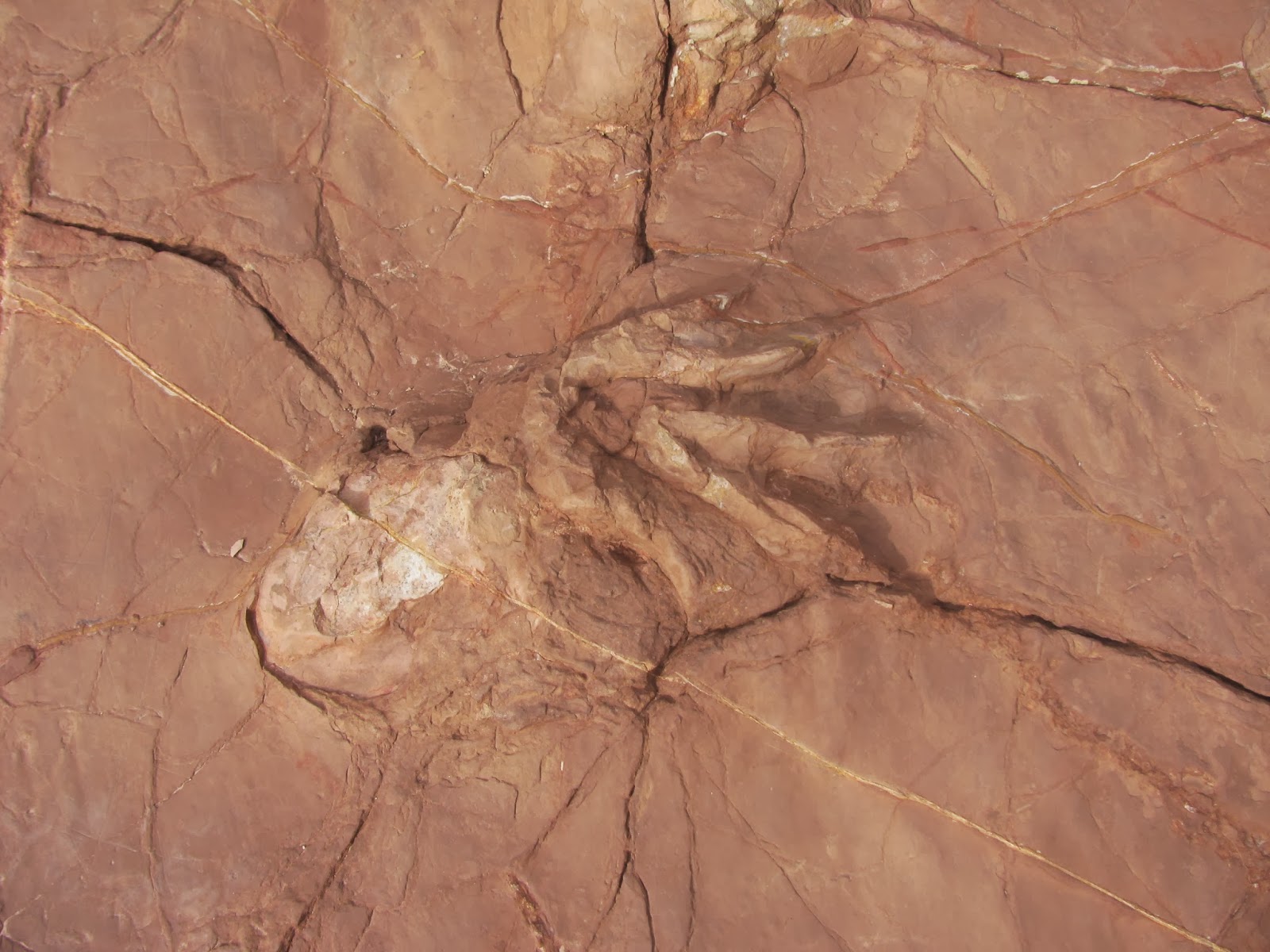 This is probably the most defined print I found.  One of the unique things about the site is it contains the imprints and trace fossils of both land and sea creatures.  I wasn't quite sure what the sea creature tracks looked like, so I didn't find any.  Many of the tracks are now in Albuquerque at the museum at the University of New Mexico.  I'm sure they are in better shape and more defined than the ones we saw in the wild were. 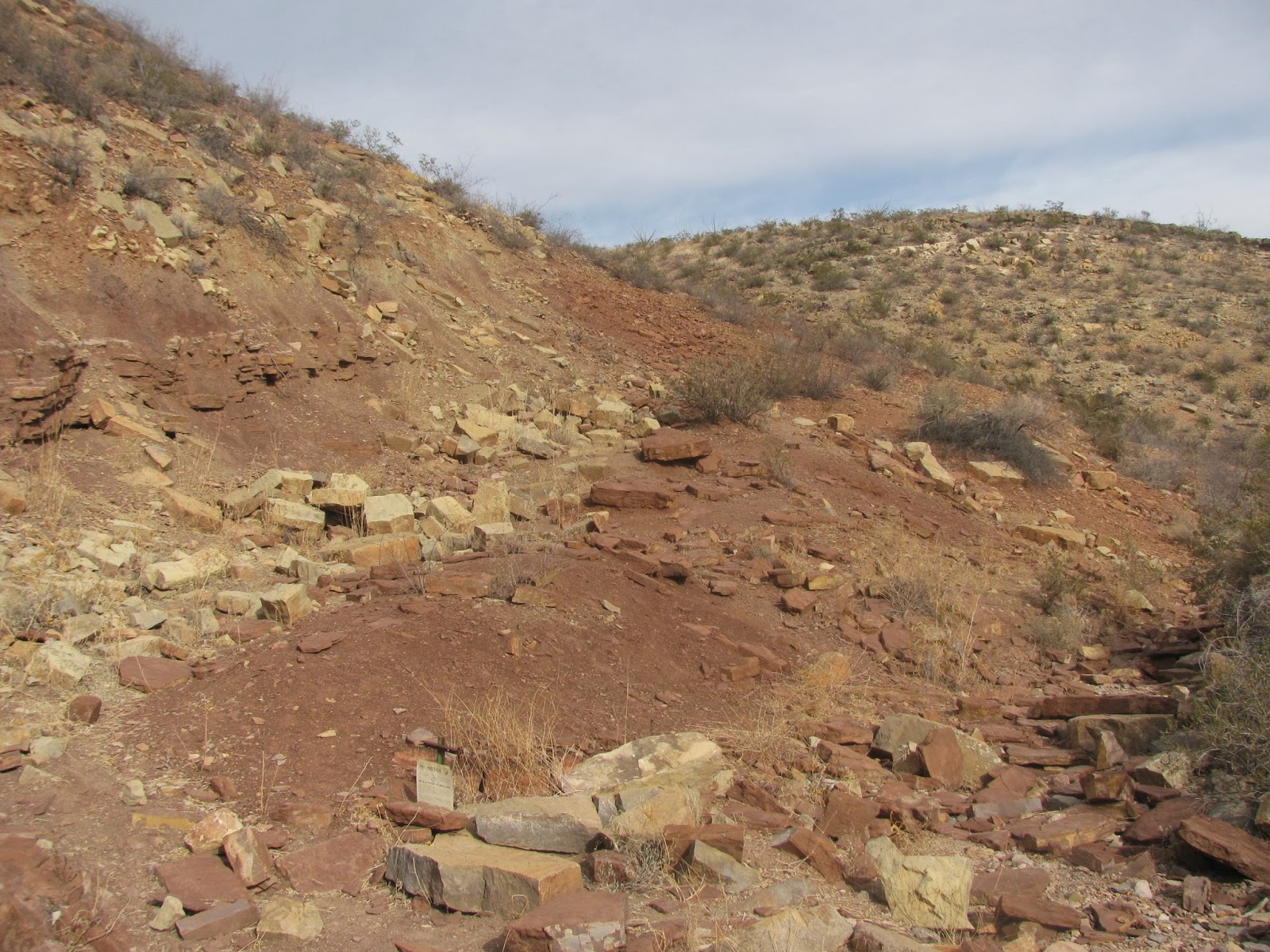 Here's a picture of the quarry.  Not much other than a bare spot in the hillside, but it's the little things that count here! 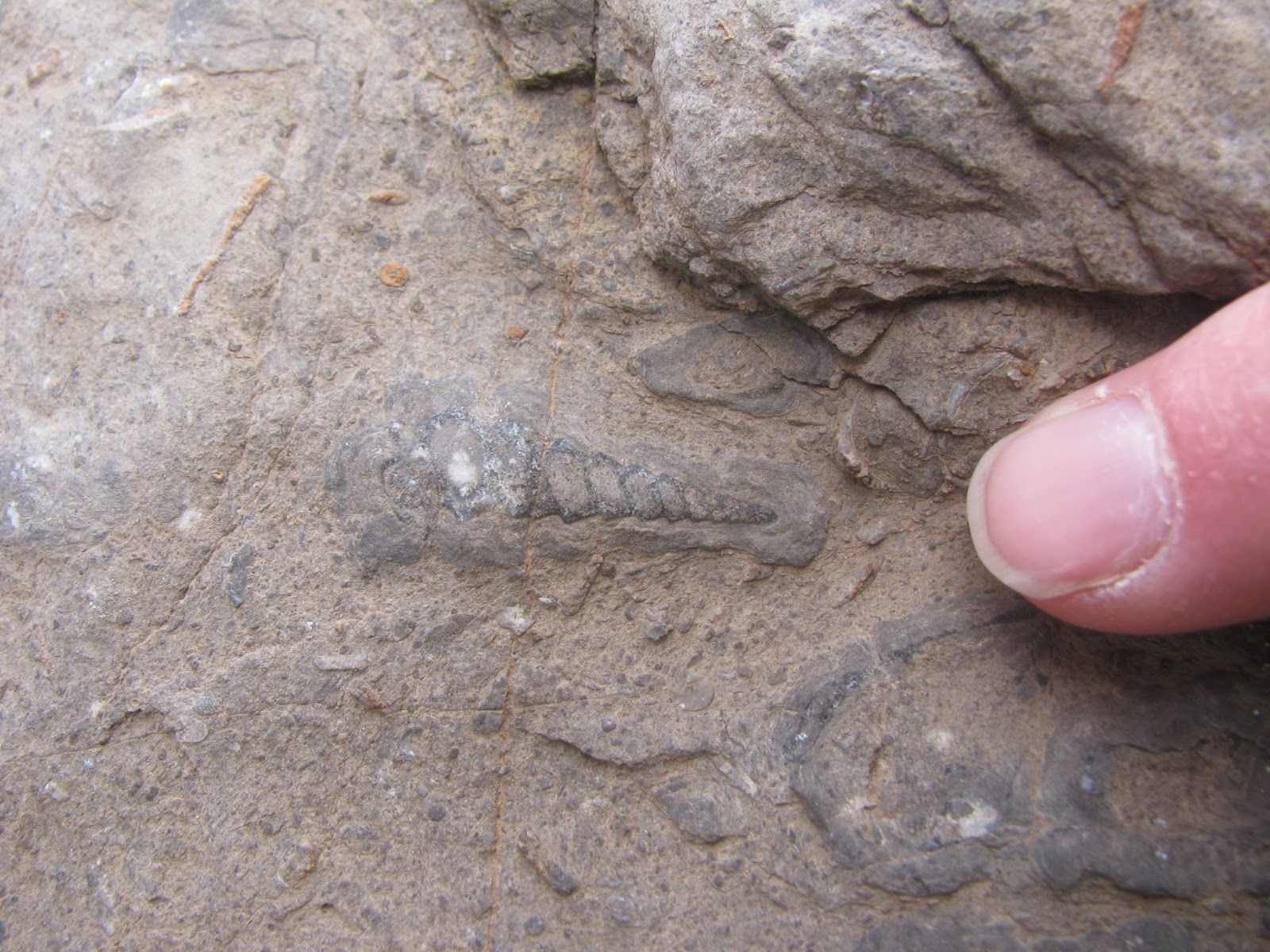 We also found several marine fossils in the rocks and limestone along the way.  Remember- no collecting either the fossils or the tracks!  Only take pictures!  This is definitely the most unknown and least visited national monument I've ever been to.  It's minutes from a city of 100,000 people, but yet it's off of a dirt road with no visitor center, no restrooms, and only a few interpretive signs.  It makes more sense if you understand that the purpose of national monuments is to protect and preserve, while the purpose of national parks is to expose to the masses.


Nearest City: Las Cruces, NM
Location: N° W°
Time Needed: 3+  hours
Difficulty: Moderate
Kid Friendly: So-so.  If they can get to the end of the hike they'd like it, but the hike is several miles round trip
Additional Info:
Posted by Ben at 10:44 PM