Cave Camping in the West Desert 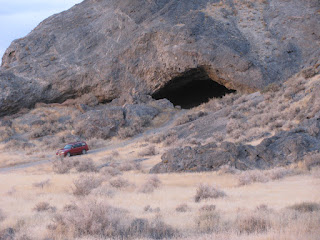 A while back Scott at http://www.scottsadventuresandworld.blogspot.com/ tipped me off to a sweet camp site in the west desert.  It took me a while, but I finally made it out to camp in the alcove for myself.  He calls it cave camping.  I'll go along with that- the alcove is huge enough to drive up into.  It is also shallow enough that you don't need a flashlight at the back of it.  Cave camping sounds a whole lot better than alcove camping. 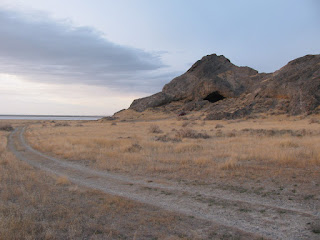 My boss let me leave work early on Friday.  We had had a busy few weeks and had turned in several projects, so about 2:00, he said to go home.  Sweet!  (I have an awesome boss.)  I rushed home and we loaded up the final few things we needed.  I had packed everything the night before so we could leave right after I got off work so we were on the road pretty quickly. 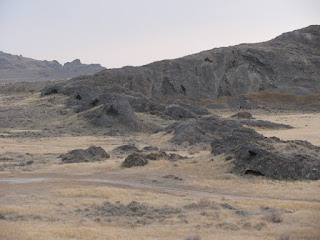 We drove and drove, and after turning down a few wrong roads, we finally found the right ones and made it to the campsite.  It's big enough to drive your car into it, but I didn't because of some nails and glass that were in the dirt.  The west desert is NOT a place I want to get a flat tire at! 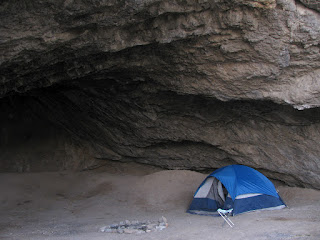 We set up camp, cooked dinner, and had a relaxed evening.  The kids were thrilled. 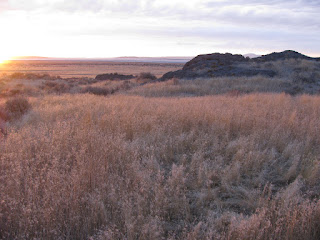 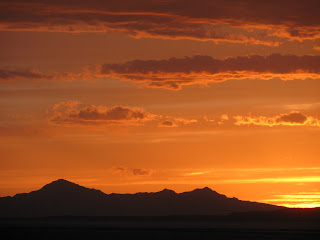 The sunset was spectacular.  The west desert is beautiful.  I took a few more photos, then headed in for the night. 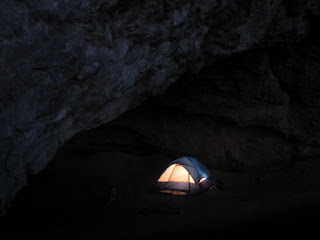 After breakfast in the morning, we drove around a little bit looking for a way out to the Great Salt Lake Pumps, but because we didn't have an up-to-date map and had just over a half a tank of gas we decided to come back out another day.