Saturday started out a little bit sunny. Granted, the forecast was that it was supposed to be another rainy/snowy/overcast sort of day. It would end up snowy & dreary, but at least it started out better.  We
had planned for this weekend all week.  We wanted to head out to Stansbury Island to see the petroglyphs out there.  The bad weather had made us rethink our plans, so now we wanted to go find the Treasure Box Mine.  I'd seen it on a map 4-5 years ago, but between dating, getting married, and other things had never gotten around to finding it.  I saw some pictures recently that made me think of it again, so we set off to go find it.  Unfortunately, the road up City Creek Canyon is closed through Memorial Day.  Fortunately, I'd thrown a rockhounding book and rock hammer in the car before we left. 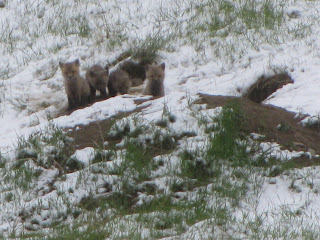 We headed up above the U of U to look for some fossil ammonites in Cephalopod Gulch.  Along the way, we saw a fox running across the mountainside.  It ran to a small bump on the face, then sat down.  As we watched it, we noticed several baby foxes running around the small mound.  They sure  were cute little furry things!  We watched them until a dog came by and scared them all away. 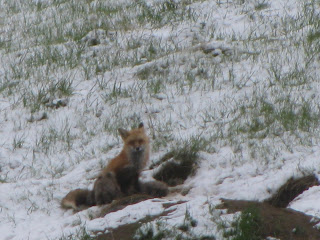 At Cephalopod Gulch, the rockhounding was pretty much non-existent because of the several inches of snow on the ground.  Oh well, some days just aren't your day!  We had one more stop to make before heading home. 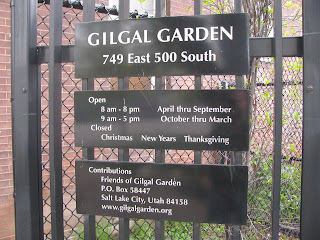 Gilgal Garden is a unique little park.  A lot of people don't even know it's there.  It's probably the only sculpture garden in the world with the sculptures carved from solid rock with a blowtorch. 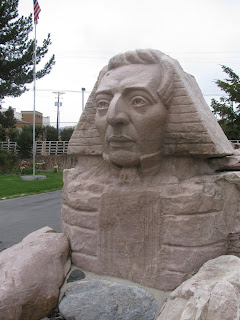 It's also the only location I know of that has a sphinx with the head of Joseph Smith. 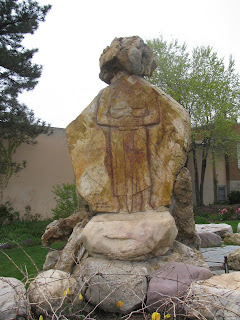 There are numerous sculptures throughout the garden, with most of them having some sort of scriptural reference associated with it.  I think this one is the Captain of the Lord's Host. 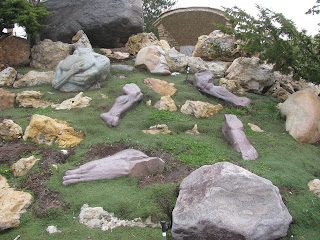 Then there's the side of a small mound that has stone body parts all over it that relates to Daniel 2 in the Old Testament. 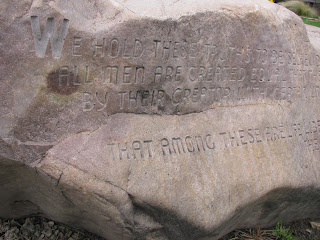 Many of the rocks are engraved with quotes that resonated with the sculptor, ranging from the Declaration of Independence, poetry, hymns, scriptures, and numerous other sources. 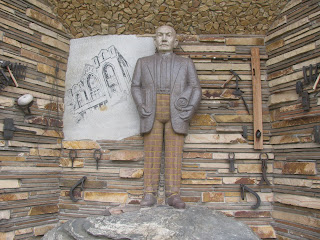 There is also a self image of the sculptor, as well as one of his wife. 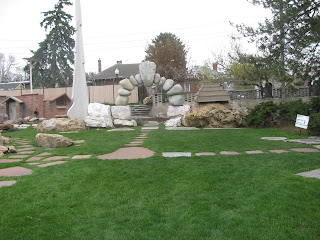 It's a fascinating place. 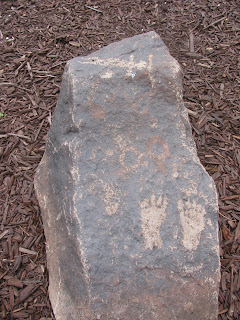 Near the back of the garden, we found a rock with several petroglyphs on it.  I don't know where the rock came from, but at one point it caught the eye of the  Thomas B. Child Jr.
Nearest City: Salt Lake City, UT
Location: 749 E. 500 S.
Time Needed: 30-60 min.
Difficulty: Easy
Kid Friendly: Yes
Additional Info: Friends of Gilgal Garden
Posted by Ben at 3:50 PM