Christmas Eve brought us up to Logan. Fortunately, the festivities were later in the day so we could get in a good hike. I'd heard of the Wind Caves several times, but had never been there. That was about to change. 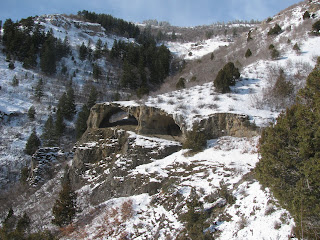 There was only 1 car at the trailhead when we arrived in late morning. I was surprised. Frankly, the Wind Caves are the only destination I've heard of between Logan and Bear Lake, other than Rick's Spring. Two signs at the trailhead gave contradicting information- one indicated 1.3 miles to the caves, the other 1.8 miles. Once we got on the trail, I was further surprised at how little use the trail had seen since the last snow a week or so before. 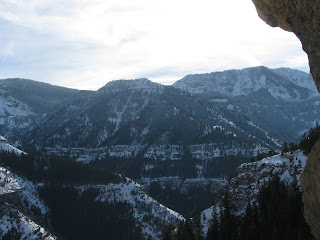 The Wind Caves are not actually caves, but instead are a series of arches in the limestone high on the side of Logan Canyon. We gained about 900 feet in the hike to the caves. 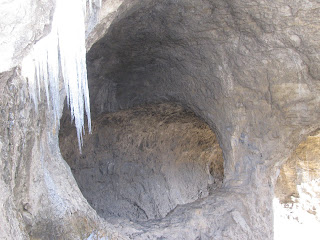 At the top, looking at the arches and alcoves was pretty cool. It's a worthwhile destination. After spending about 20 minutes or so looking around, we headed back down the trail. We had a Christmas party to get to. 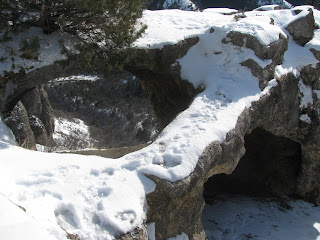