In Fort Collins, beer is a big thing. Not being a drinker, I don't understand why people get so giddy about it. They have numerous breweries, a beer festival, and a parade that's all about riding bikes and drinking beer. Doug and Bob McKenzie would love it here. Not being a drinker, you live in a world parallel to those who do. When work is done instead of going for a beer you go home for dinner; group projects are best done over a pizza instead of beer, and big events are marked with milkshakes instead of a round at the bar. 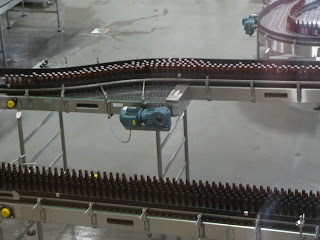 So in spite of all of this, the beer factory still was calling to me. Not for the beer, but for the buildings, machines, and processes. I had a friend who did an analysis of ways to improve the process and found that they only thing they could do better is ship it a day or two sooner. Other classes I've had have mentioned New Belgium for their buildings and innovative construction. 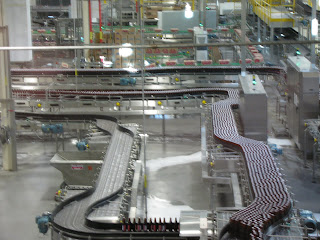 Last week we went for a tour. It was definitely cool to see. The bottle filling area was my favorite. I liked watching the bottles move around on the long conveyor belts. 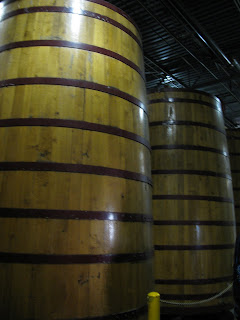 Ashley liked the big wooden barrels in one of the back rooms. She also liked the quality control room- it looked like a laboratory! 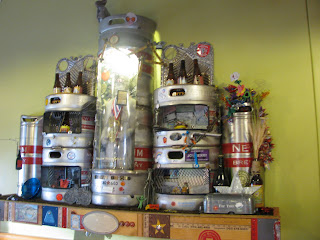 They have some random decorations on the walls inside. The tour took an hour and a half. You could say we've officially seen everything in Fort Collins now.