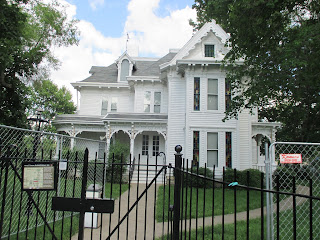 While we were Independence, we visited several of the Harry S Truman sites.  We stopped at the visitor center and watched a short movie about him, his presidency, and his ties to Independence.  It was very informative.  He was famous for the saying "The Buck Stops Here". 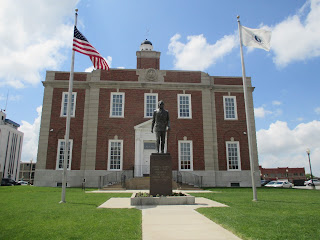 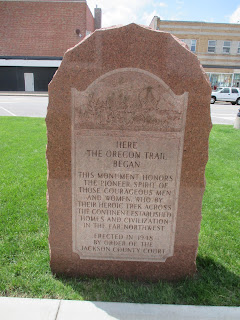 On the west side of the courthouse, there are two large monuments.  The one on the north marks the Courthouse Square as the beginning of the Oregon Trail. 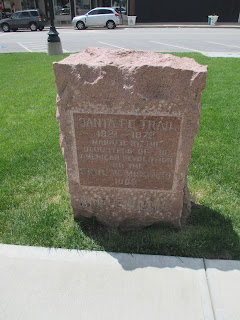 Off to the south is a stone monument marking the beginning of the Santa Fe Trail.  We stopped by the nearby National Frontier Trails Museum for a great overview of westward migration and the roles that these two trails had in the opening of the west.