Round and Around at the CW Parker Carousel Museum 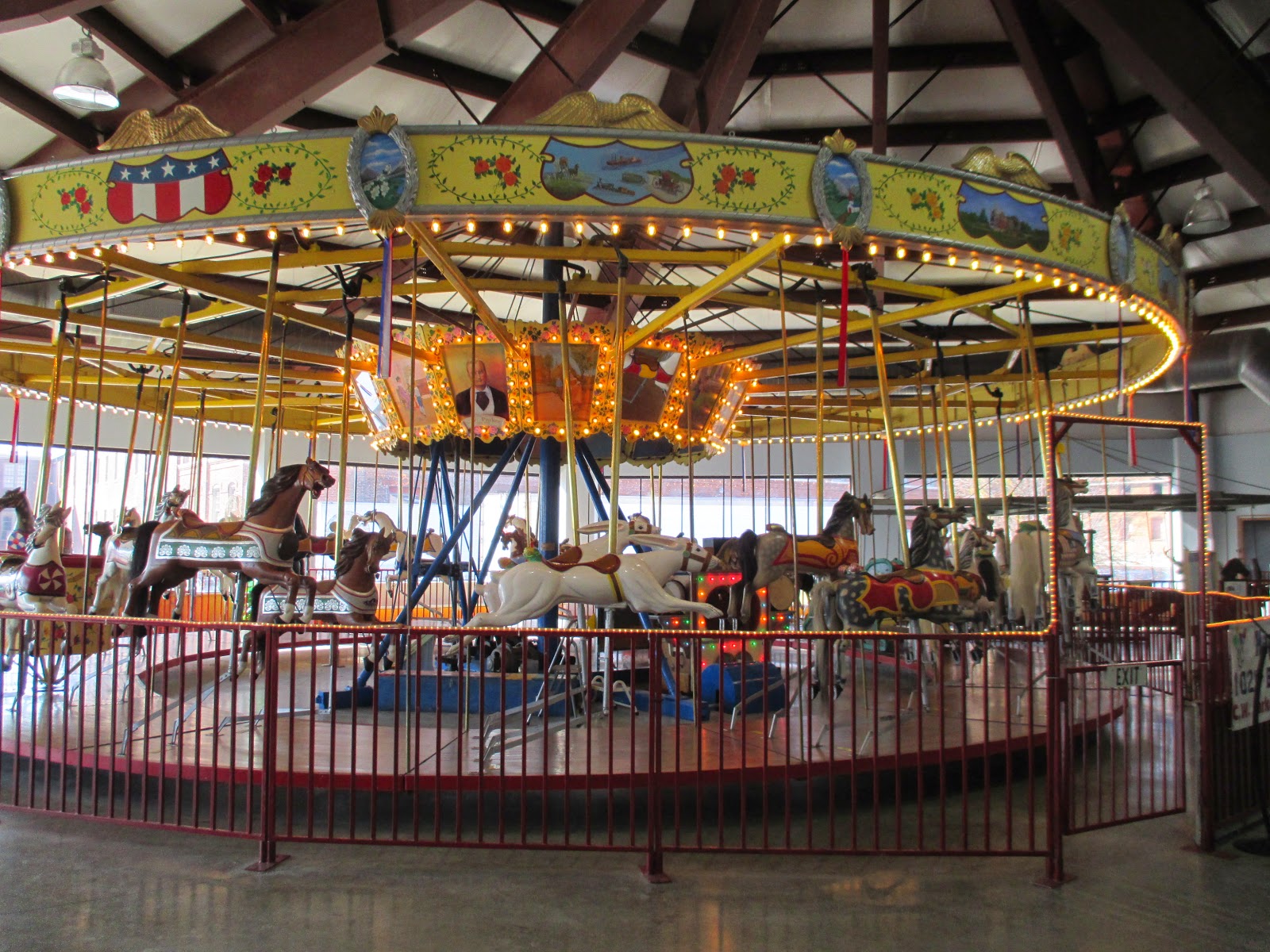 We recently stopped at the CW Parker Carousel Museum in Leavenworth, Kansas.   The morning we stopped by, there was a big chocolate event going on at the facility (they have events at the museum too).  Most of the ladies were going one way- to the chocolate event.  We went the other way- to the museum.  There were some very nice retired folks who were there at the museum desk, so we asked a few questions, bought a few tickets, then went through the doors to see the carousels. 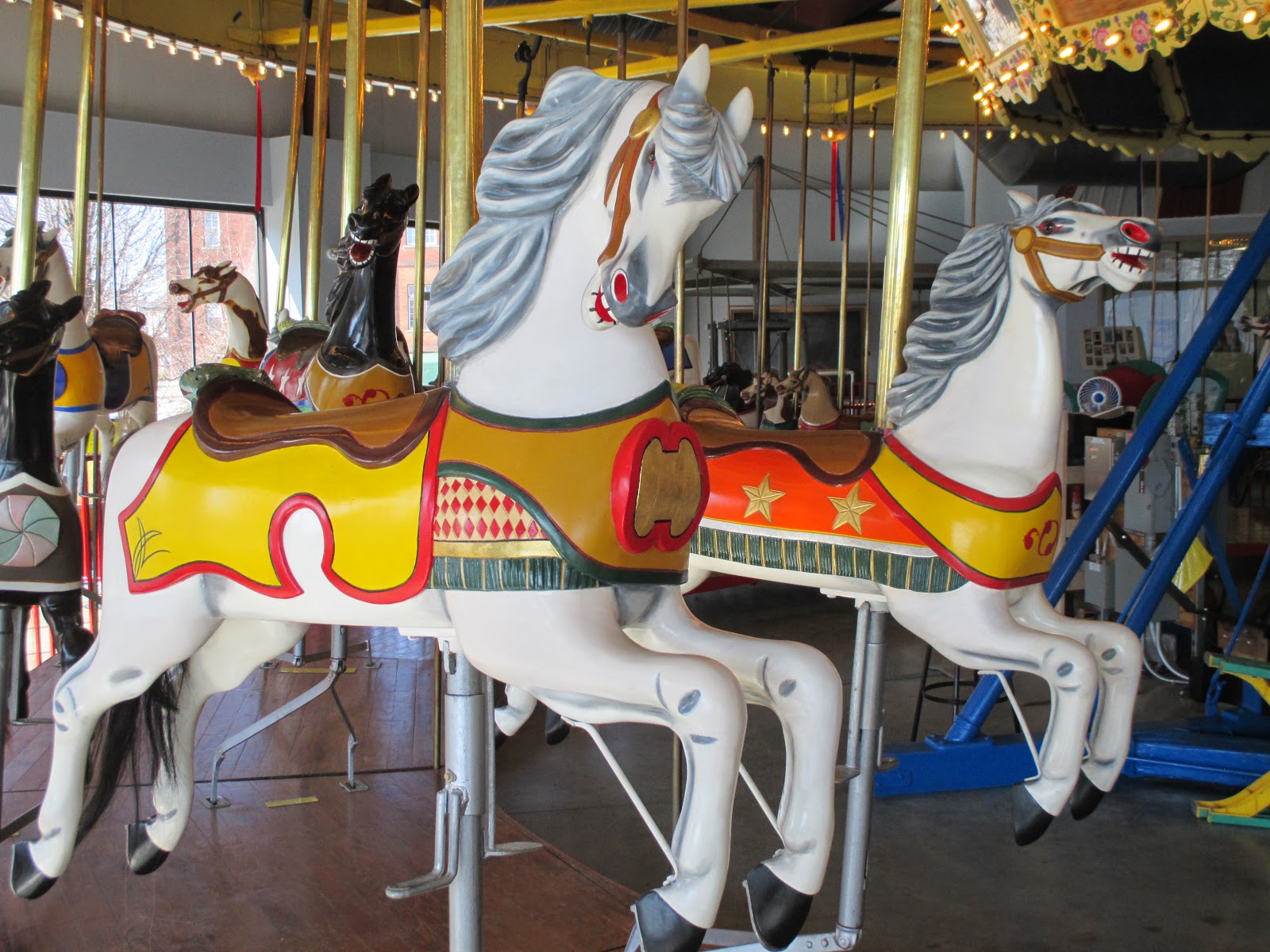 CW Parker had a factory in Leavenworth that made carousels in the early 1900's.  He actually made more than just carousels, he made all sorts of carnival rides and attractions, but carousels are what he became famous for making.  While most of the carousel animals were horses, a few carousels had other animals as well.  The carousel at the museum has two white rabbits. 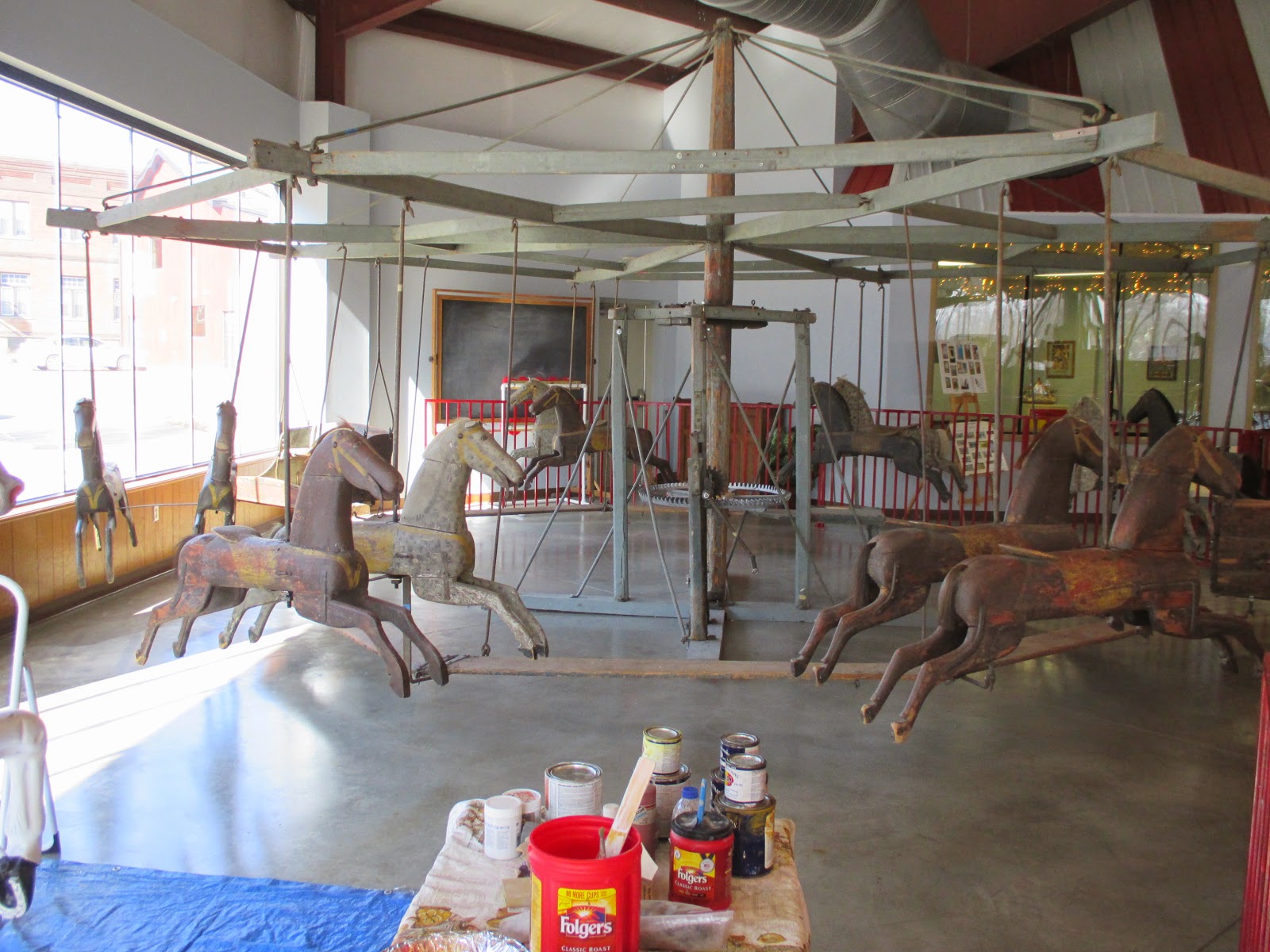 The museum is open most days, and does have a cost for the guided tour.  The front desk didn't recommend the tour for children through, so we skipped it.  If you're like us and not able or interested to go on the tour, you can buy tickets to ride the carousel anyway.  That's what we did.  We bought some tickets and had some great rides on the carousel.  The kids were a little bit nervous at first because the carousel does go around pretty quickly, but they had a great time and want to go back again.  ﻿ 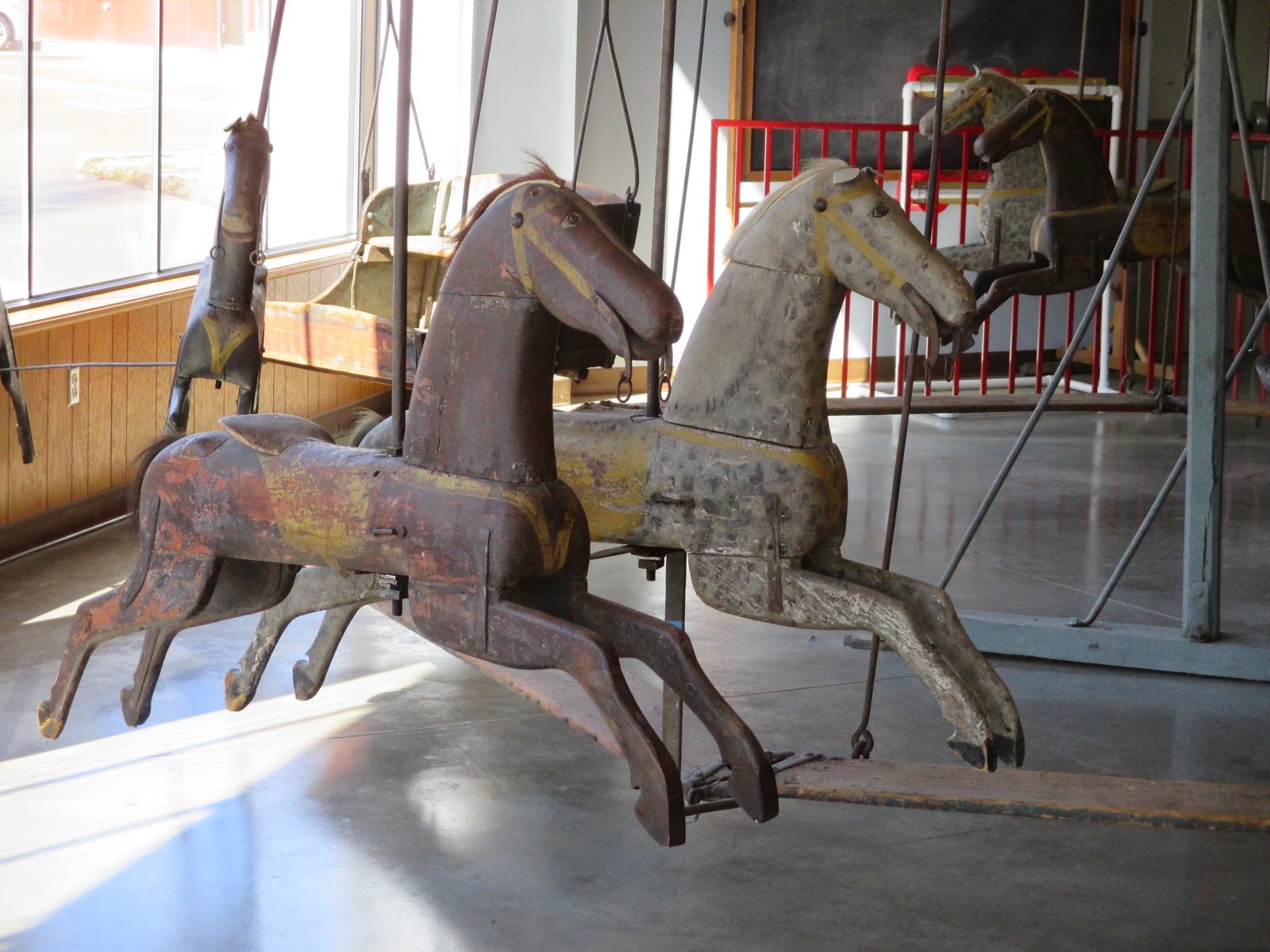 If you're in Leavenworth or close by, the carousel museum is a worthwhile stop.  If you're not in the area, it's worth a visit if you combine it with a few other things in the Leavenworth area that you want to see.  We didn't do the tour, but we learned a little bit about carousels and had a fun time riding one when we visited.  If you don't have the time for the full tour of the museum, but still have 15 minutes, stop by and go for a ride!  You'll be glad you did!