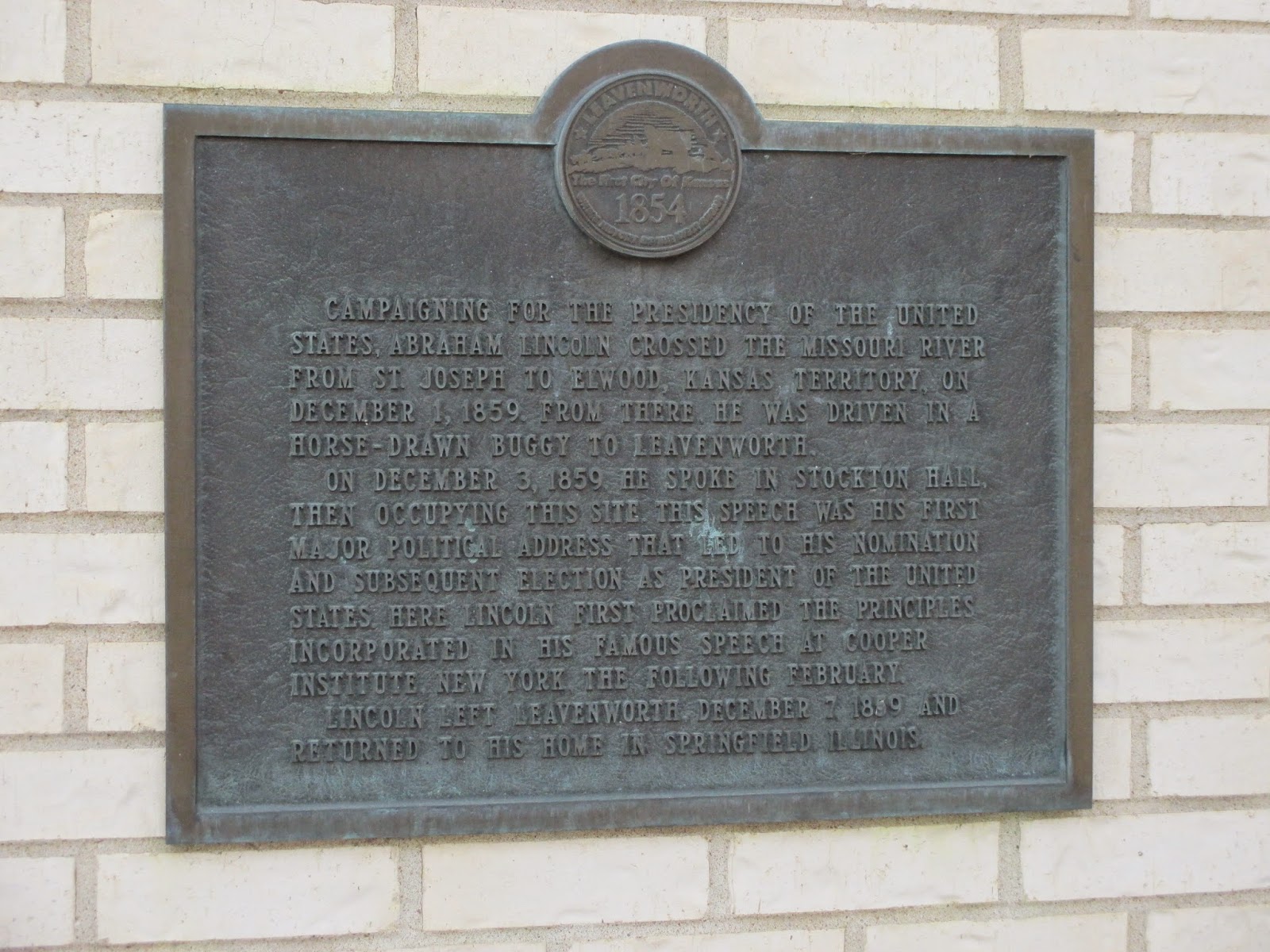 A few weeks ago we went for a walk through downtown Leavenworth.  Downtown Leavenworth to me indicated a town that's come down from its peak but not quite sure how to proceed into tomorrow.  It's trying to decide whether to take the long slope into decay or make some hard decisions needed to help it prosper.  There's a lot of history here since it's the oldest city in Kansas, but it also doesn't have much of economy if you discount the military base and the prisons.


On a building corner we found a plaque that said it was the site of Abraham Lincoln's first speech leading to his campaign for President of the United States of America.  The plaque reads: "Campaigning for the Presidency of the United States, Abraham Lincoln crossed the Missouri River from St. Joseph to Elwood, Kansas Territory, on December 1, 1859.  From there, he was driven is a horse-drawn buggy to Leavenworth.
On December 3, 1859, he spoke in Stockton Hall, then occupying this site.  This speech was his first major political address that led to his nomination and subsequent election as President of the United States.  Here Lincoln first proclaimed the principles incorporated in his famous speech at Cooper Institute, New York the following February.
Lincoln left Leavenworth December 7, 1859 and returned to his home in Springfield, Illinois."


The plaque left me wondering about the speech he gave here, so I found that it's included in the Collected Works of Abraham Lincoln, Volume 3.  A transcript of it can be found here.  In summary, his speech was about slavery and how the middle-ground status quo was unacceptable.  Either slavery is wrong, or it is not wrong, and that conviction should be extended throughout the nation.  He said that if slavery is wrong, it should be done away with.  If it is not wrong, then it should be extended.   But the current standing was untenable.  He then encouraged the listeners to be involved and to vote and that it was their duty and obligation to do so.