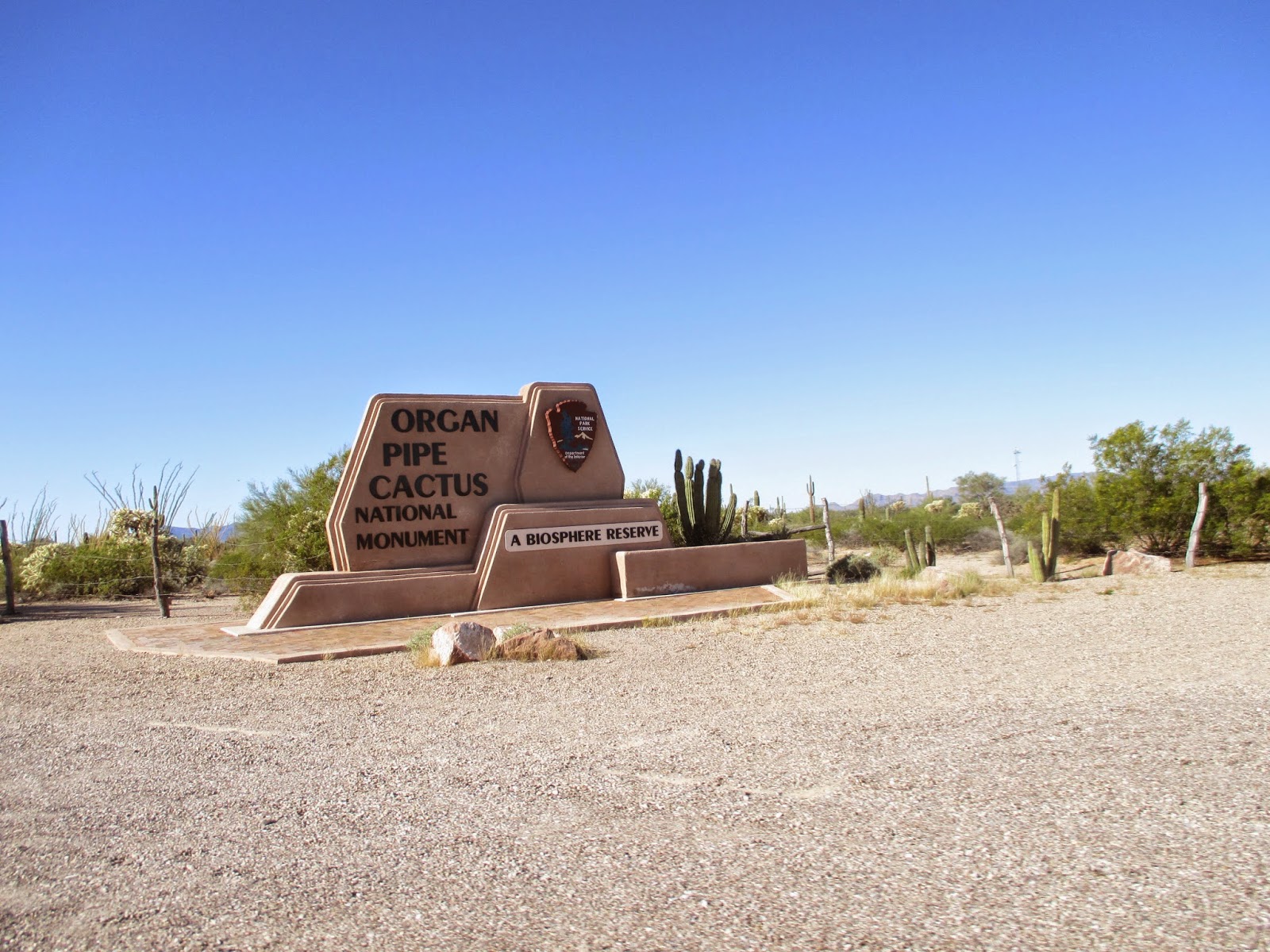 We drove through the Border Patrol checkpoint and kept on going.  A few miles past the checkpoint, we reached Organ Pipe Cactus National Monument.  Although it's out in the middle of nowhere, the desert is beautiful down here. The highway gets a lot of traffic as people drive through to got to Puerto Penasco (Rocky Point) in Mexico.  We didn't go all the way to Rocky Point, but instead stopped at Organ Pipe Cactus National Monument. 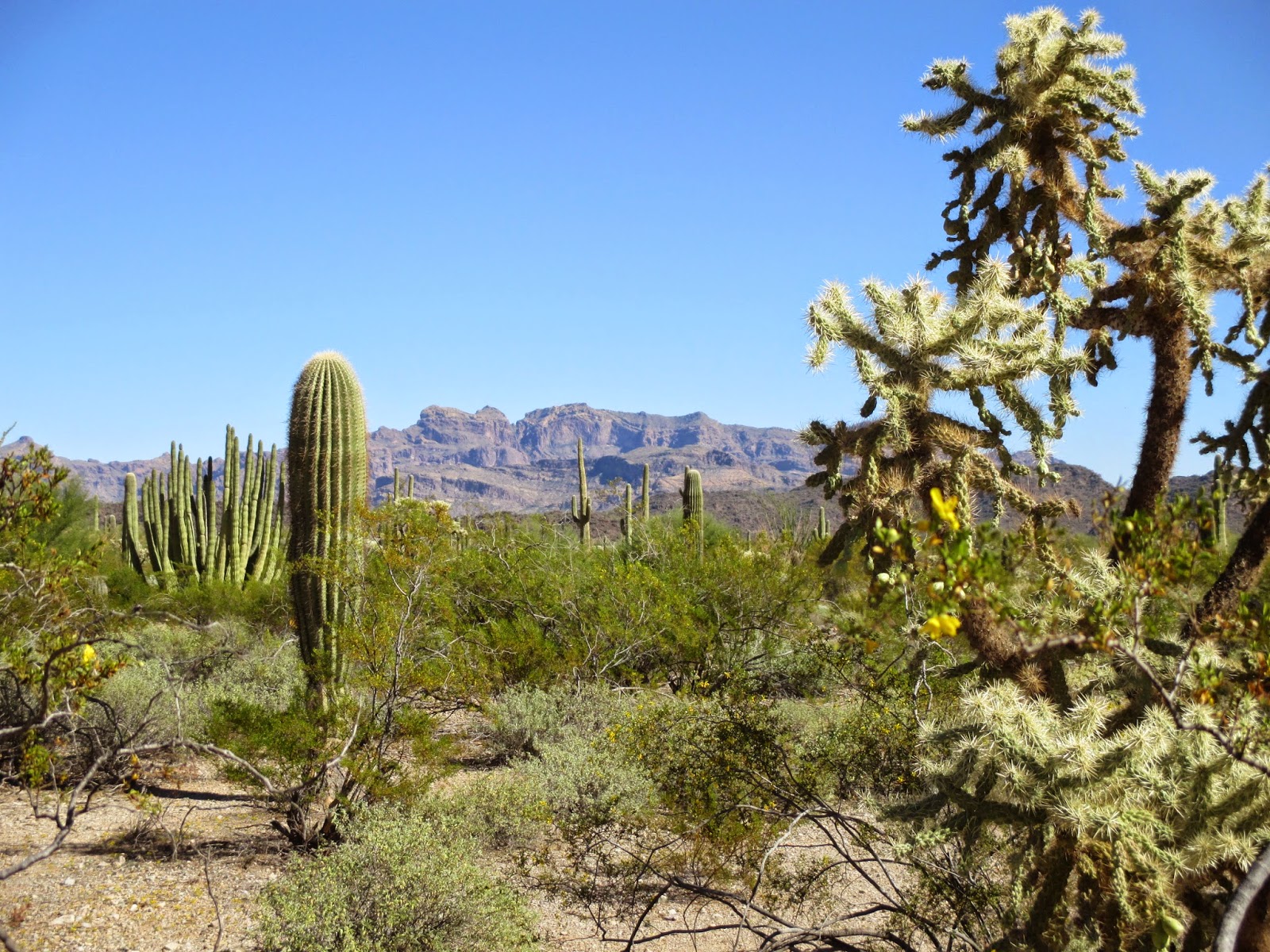 We stopped at the Kris Eggle Visitor Center, named after a park ranger who was gunned down by the drug cartel as he attempted to keep them away.  You can read more about Kris here.  The kids got some junior ranger books so they could become junior rangers.  We took a small walk outside of the visitor center as well.  The amazing thing you'll notice right away at Organ Pipe Cactus National Monument is that there are organ pipe cacti and saguaro cacti growing right next to each other.  Their range overlaps here in the park. 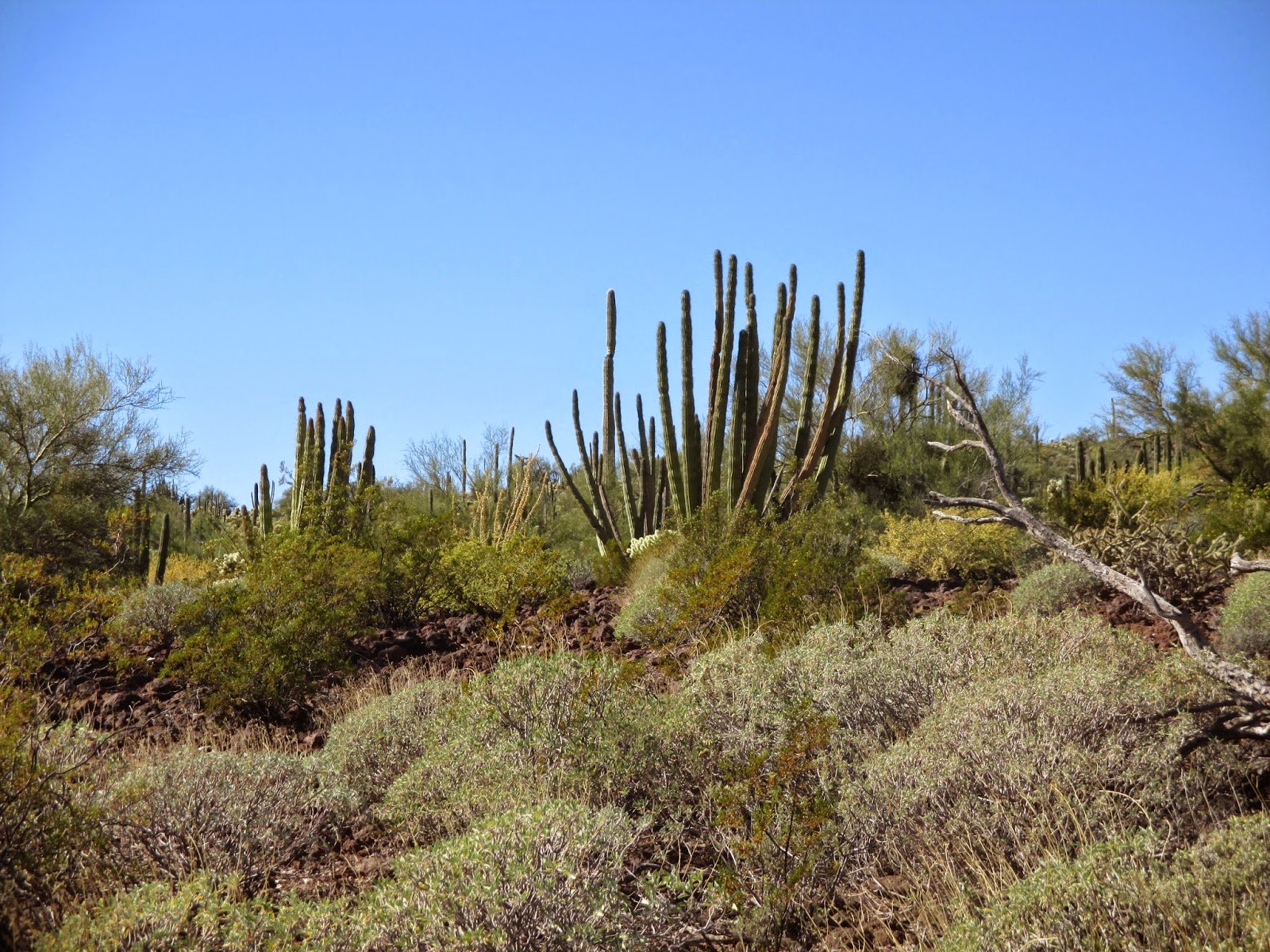 We also went over to hike the Discovery Trail near the campground.  The organ pipe cacti are a lot more plentiful over there then they are by the visitor center. 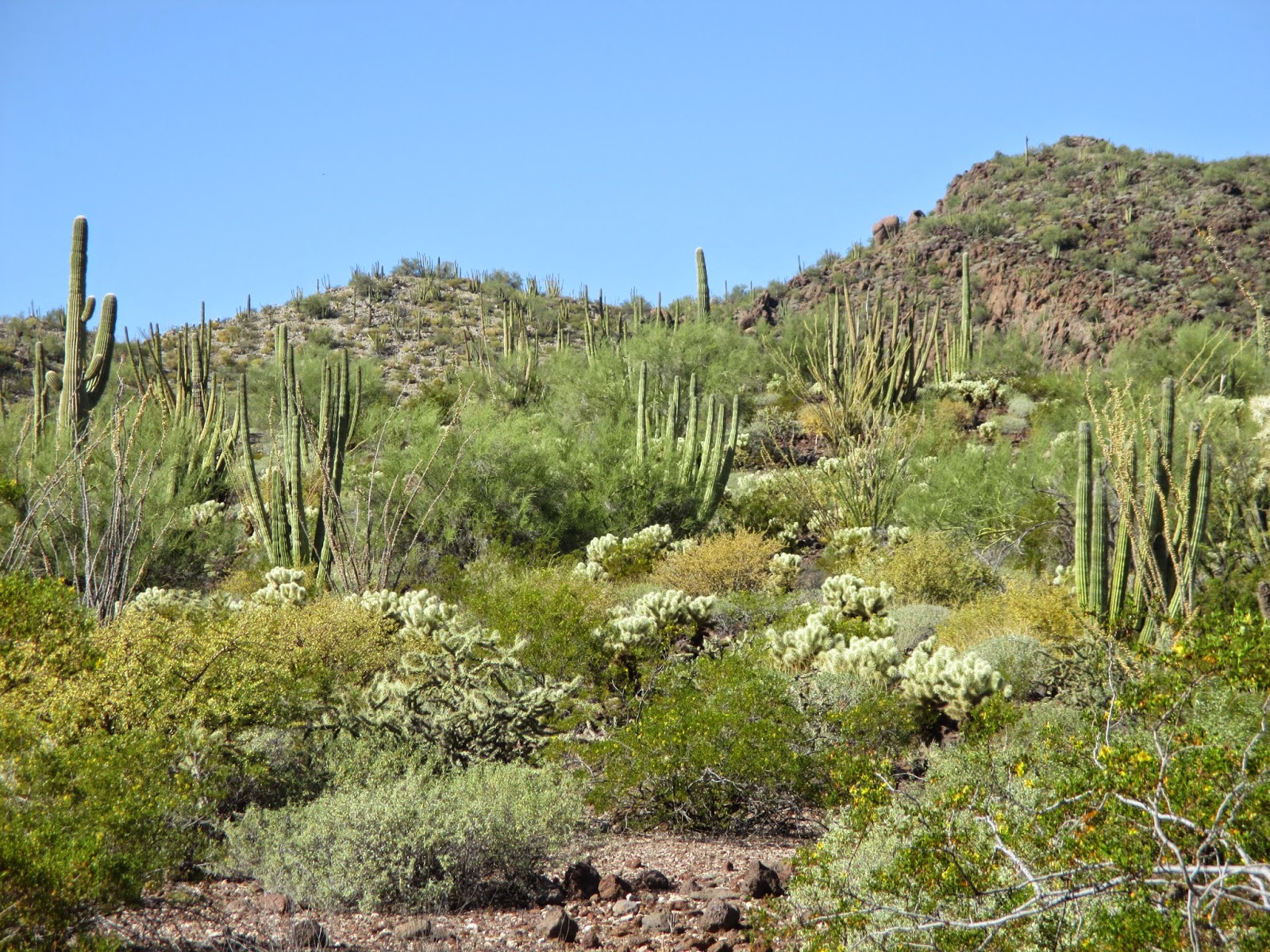 The Organ Pipe Cactus is named because the dead cactus turns white and looks like the organ pipes that you'd see in a church.  It's not as tall as a saguaro, nor does it have arms.  Instead it's a cluster of pillars that come out of the same base- reaching a height of 10-15 feet. 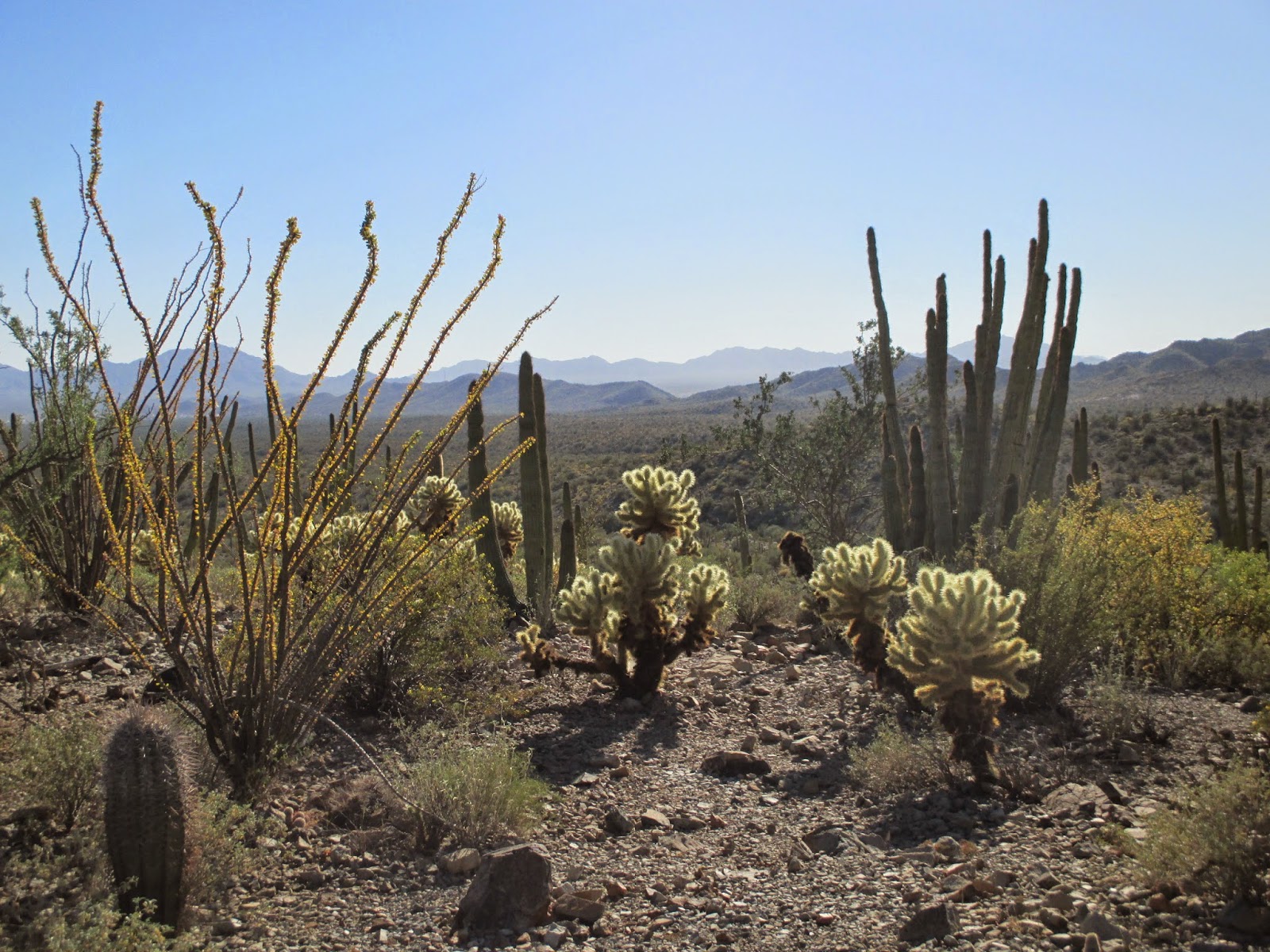 We debated camping for another night then doing a scenic drive to see an arch as well as hiking to the Victoria Mine, an old mine in the park.  Most of us were coming down with colds and were kindof cranky, so we decided to reel it in and call it a vacation.  After one last potty break, we loaded up and headed for home. 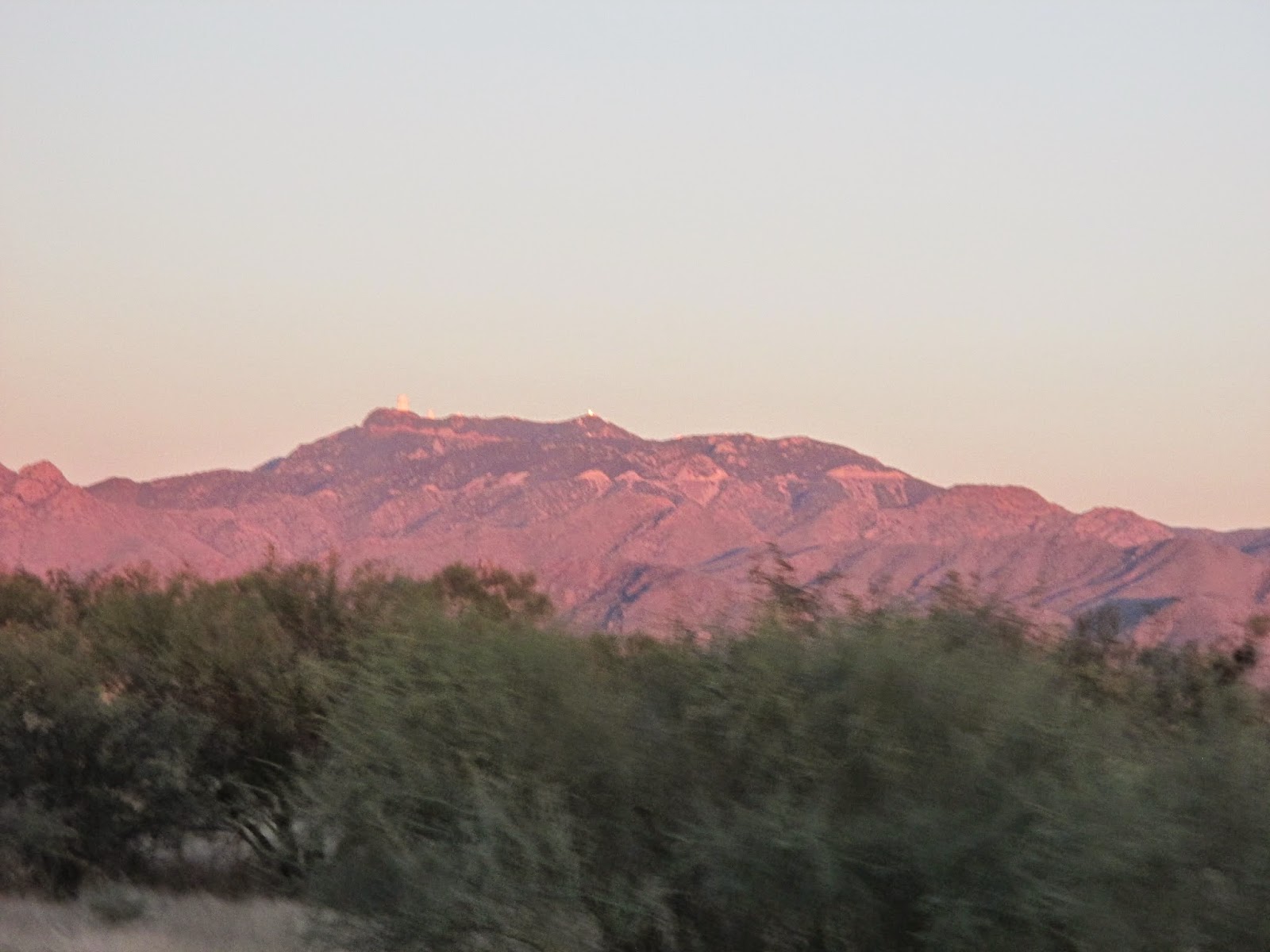 As we drove toward Tucson, we saw the Kitt Peak Observatory off in the distance.  It's here because of the clear skies in the desert and there's not much light pollution from nearby cities.  It's a stop for you to make if you're out here and have the time to visit.