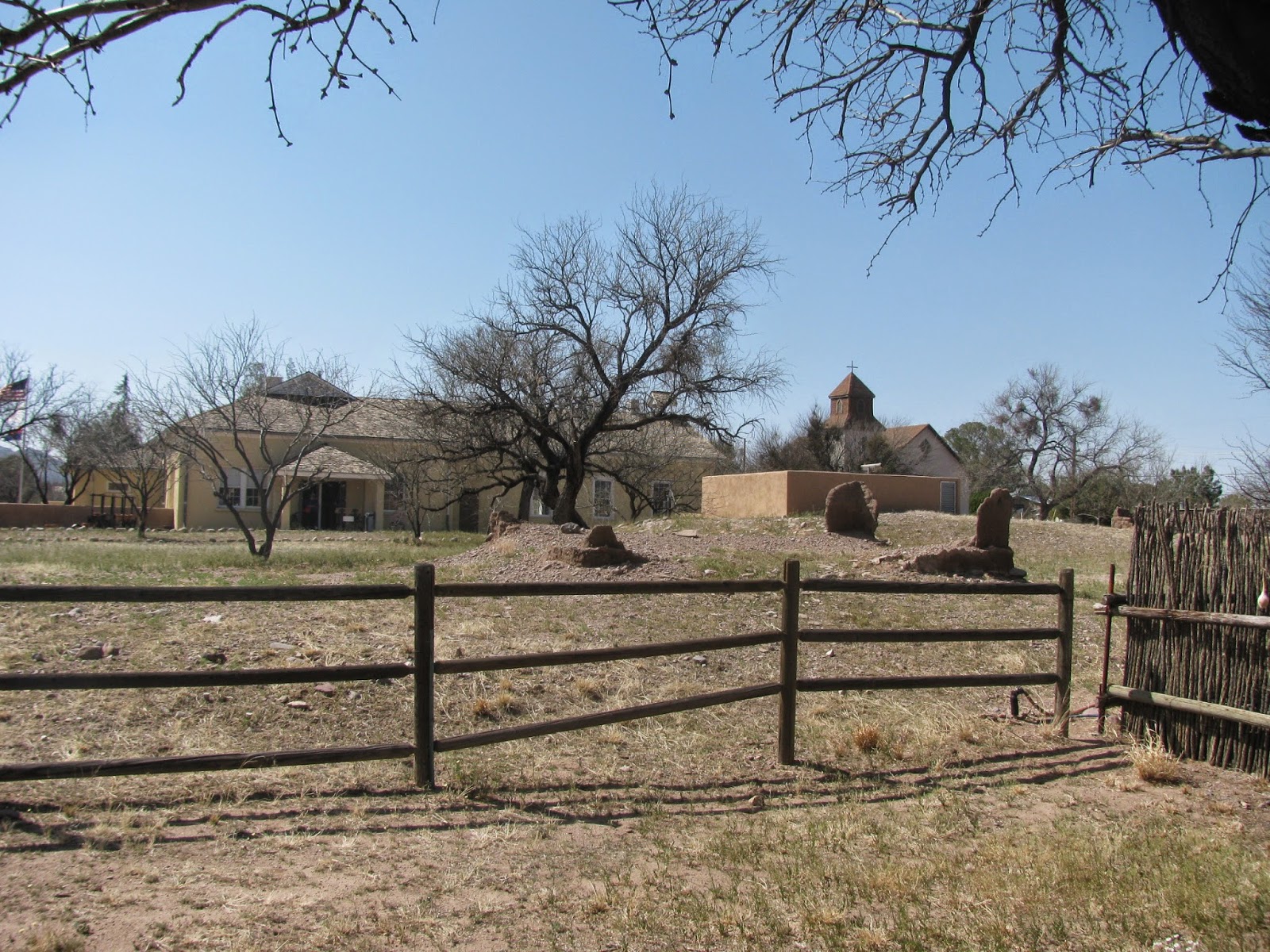 Tubac Presidio State Historic Park exists to preserve the ruins of an old Spanish town (presidio).  Tubac was originally founded by the Spanish in 1752, as part of El Camino Real , the Royal Road from Mexico to California.  The southern parts of Arizona, California, Mexico, and Texas all have areas that were originally Spanish settlements dating prior to the signing of the Declaration of Independence and birth of the United States.  Although it's easiest to think of settlement of North America beginning along the eastern coast of North America then proceeding westward, the settlement pattern actually begins in Central America and the Caribbean by the Spanish and moving northward, with the English coming later.
Tubac was a garrison town, and was inhabited for about 100 years before being abandoned in the 1800's.  It is now an Arizona State Park and small artist town south of Tucson.  We stopped by as part of our tour of Spanish Missions in the Tucson area.
After visiting Tumacacori and San Xavier del Bac, I really wasn't that impressed with Tubac.  There are a few ruined buildings and a decent museum, but it's not that great of a place to go explore.  If you're going to visit Tubac Historic Park, do it when there's a festival or other activity going on in order to get a greater feel for the history.