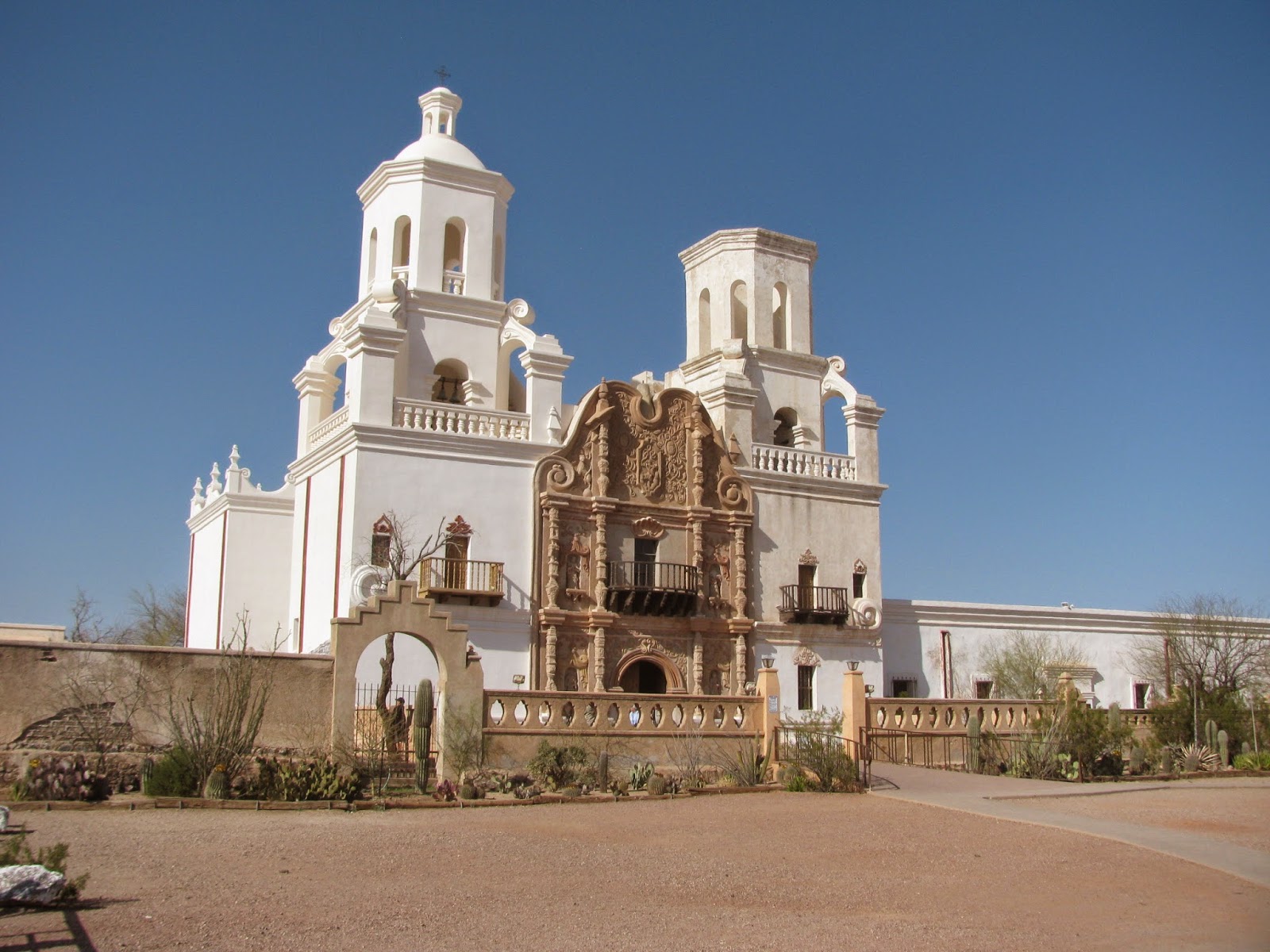 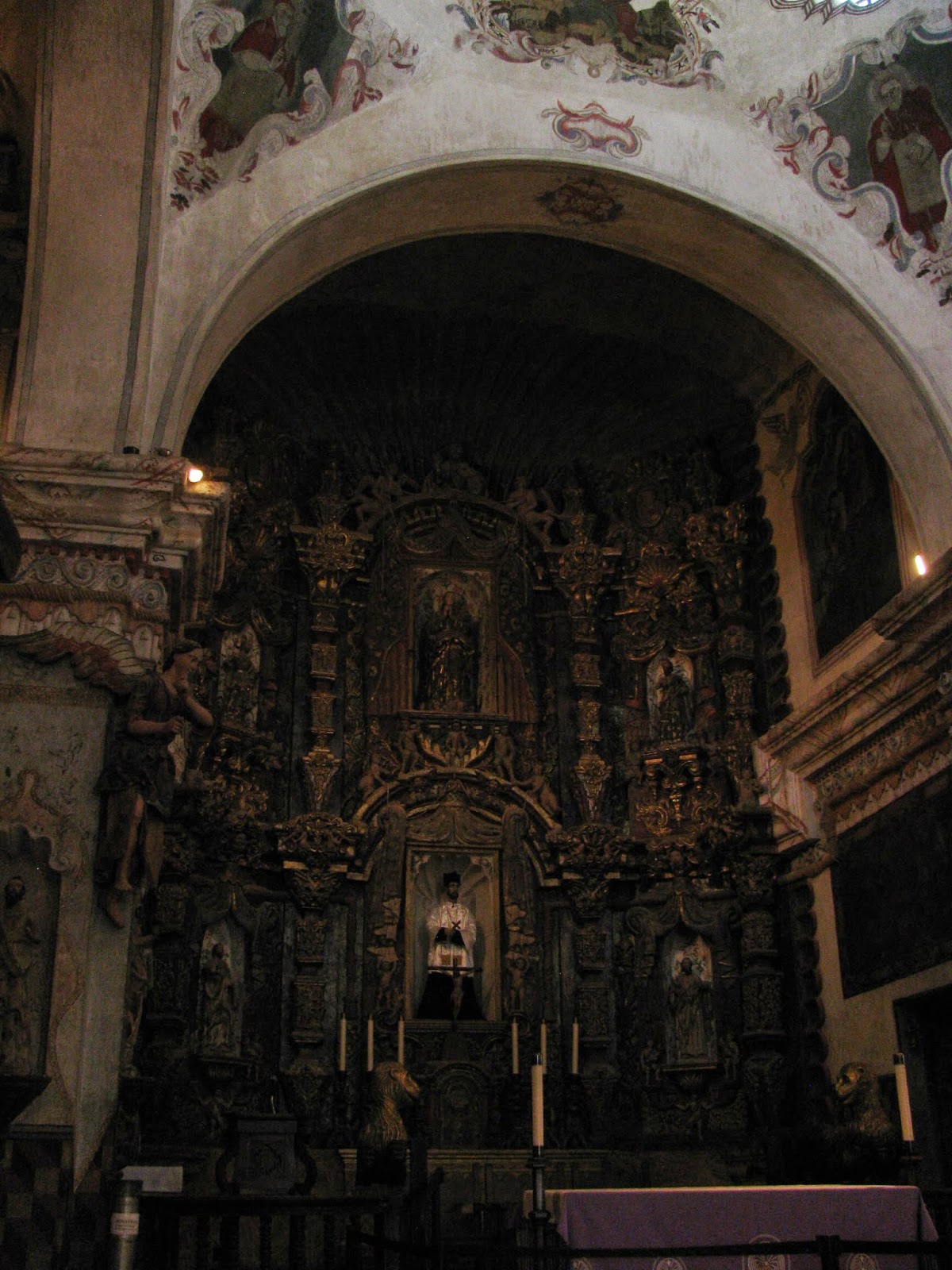 The work inside was very ornate and detailed.  The mission was founded by Father Eusebio Kino in 1692.  Father Kino was a very influential figure in the history of Southern Arizona, and you can see several place names and landmarks with Kino as a reference.  The church wasn't built until a century later, taking 16 years to build and being completed in 1797.  It is the oldest intact European building in Arizona. 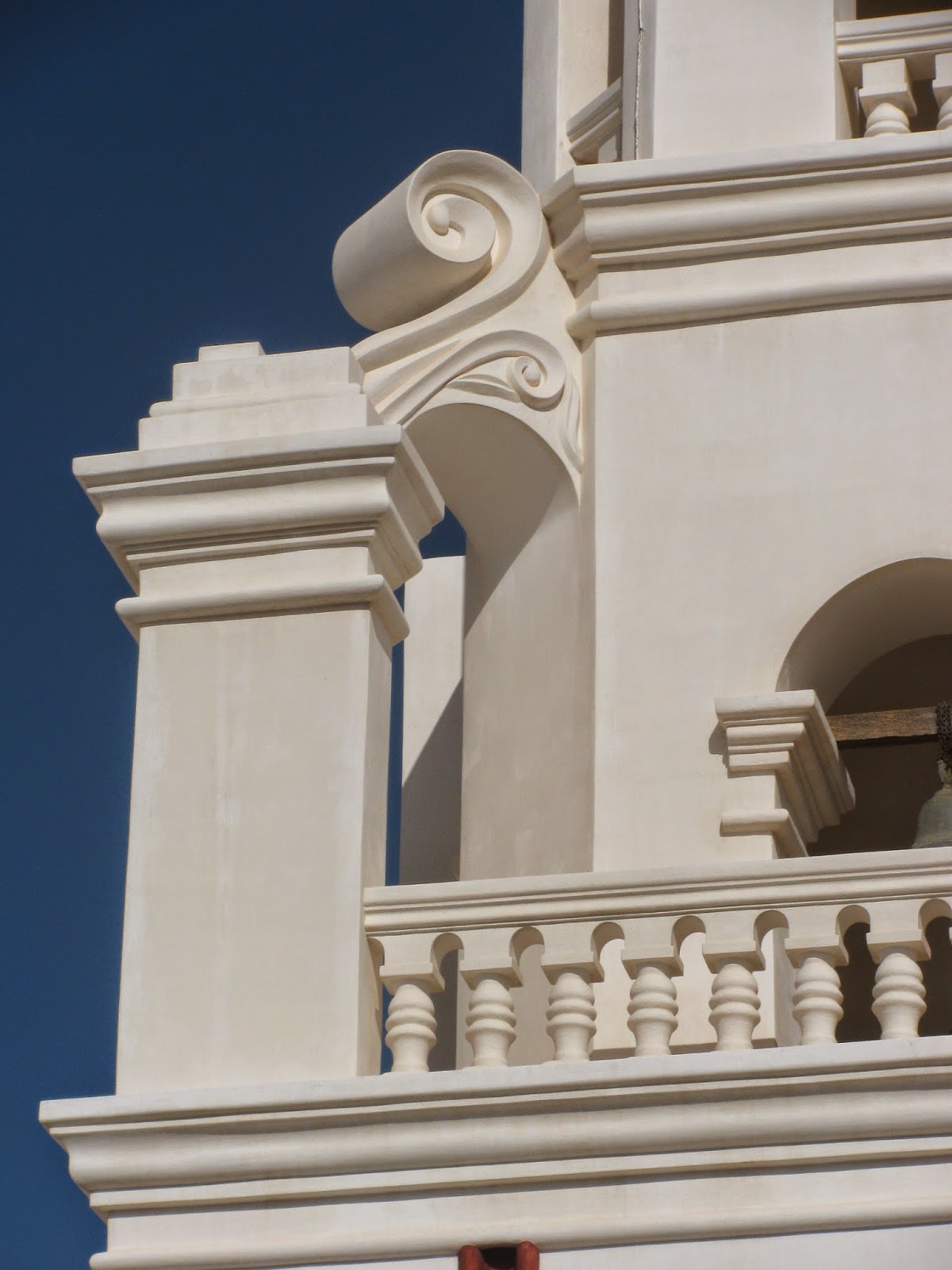 The mission is in the process of repair, depending on funding and other factors, but it is still in really good shape.  The architectural details are really where the beauty in San Xavier reside.   We liked looking at the small details and the architecture of San Xavier. 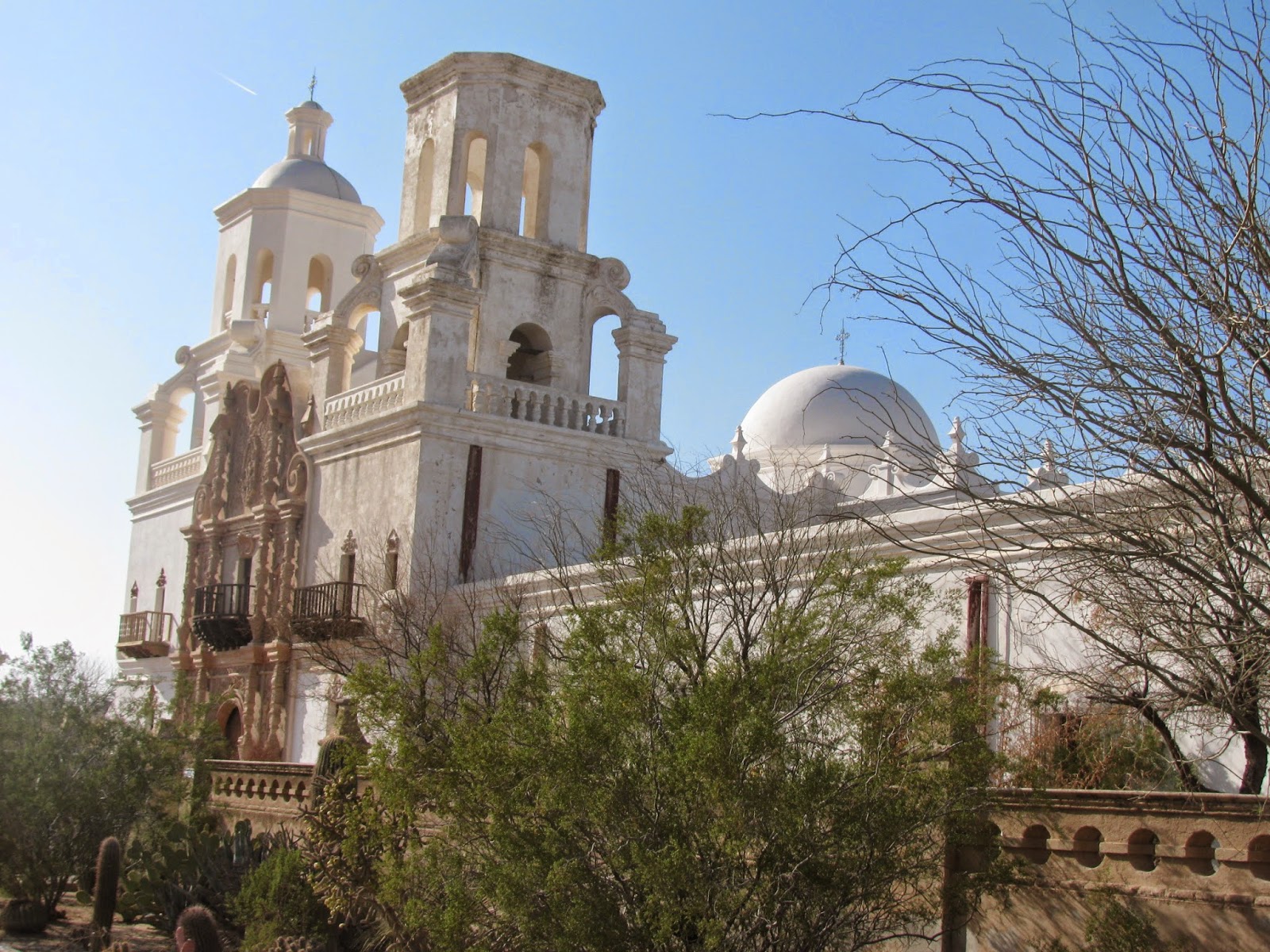 Out in the plaza in front of the mission there are numerous post and brush shelters built by the resident indians out of which they sell frybread.  San Xavier is located on an indian reservation, and I am surprised that there hasn't been much effort to develop an economic presence (beyond selling frybread and trinkets) around the mission.