Coronado Cave in the Huachuca Mountains 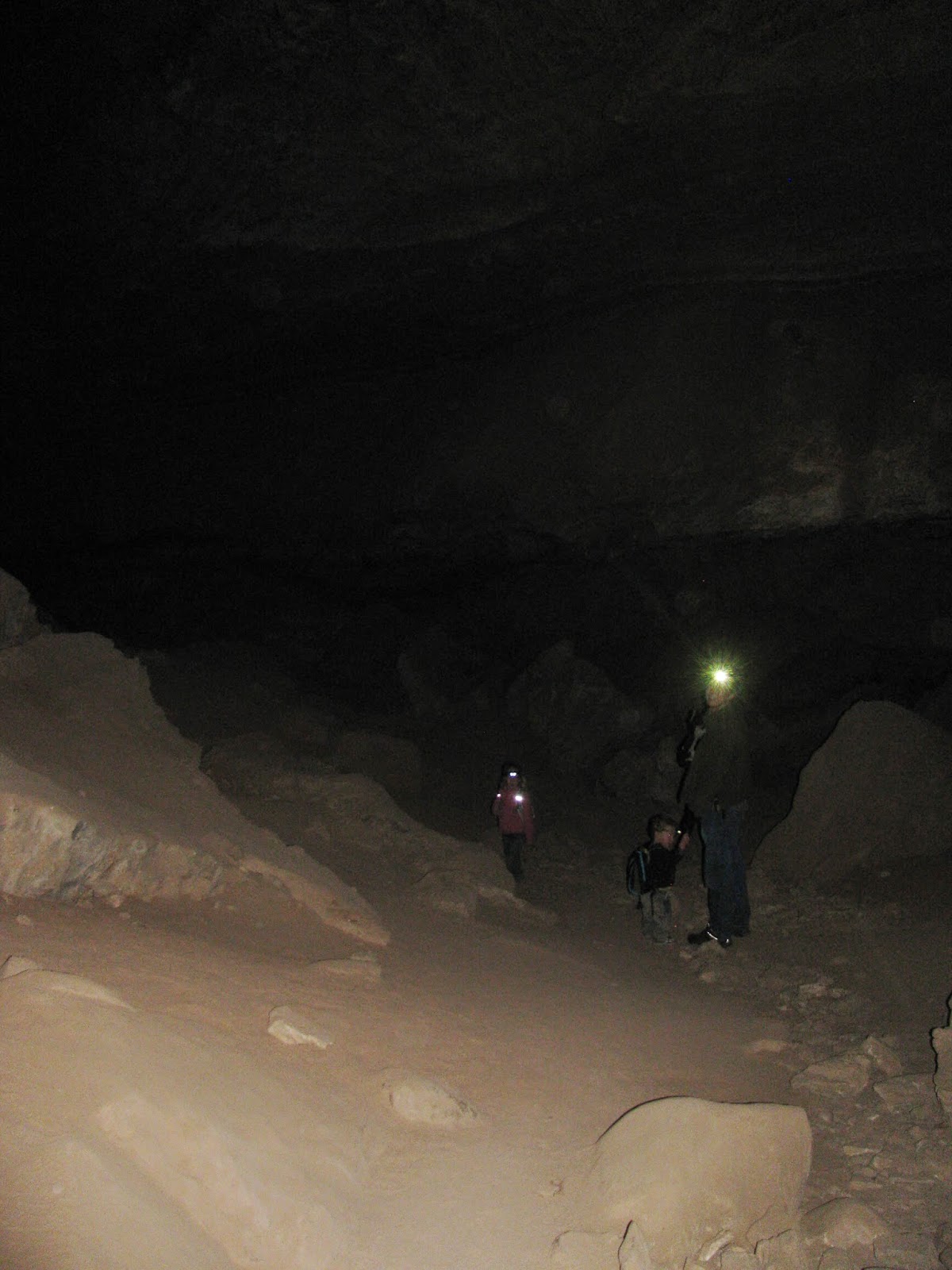 Somehow I missed blogging about Coronado Cave.  We've been there twice, the latest time was right around Christmas.  I can't remember if it was Christmas Eve or Christmas Day, but I do remember seeing flurries of snowflakes when we came out of the cave- the only snow we had last winter.  Coronado Cave is part of Coronado National Memorial.  I think it's probably the most popular hike in the park, but the Crest Trail to Miller Peak and the Border Trail would probably be right up there too. 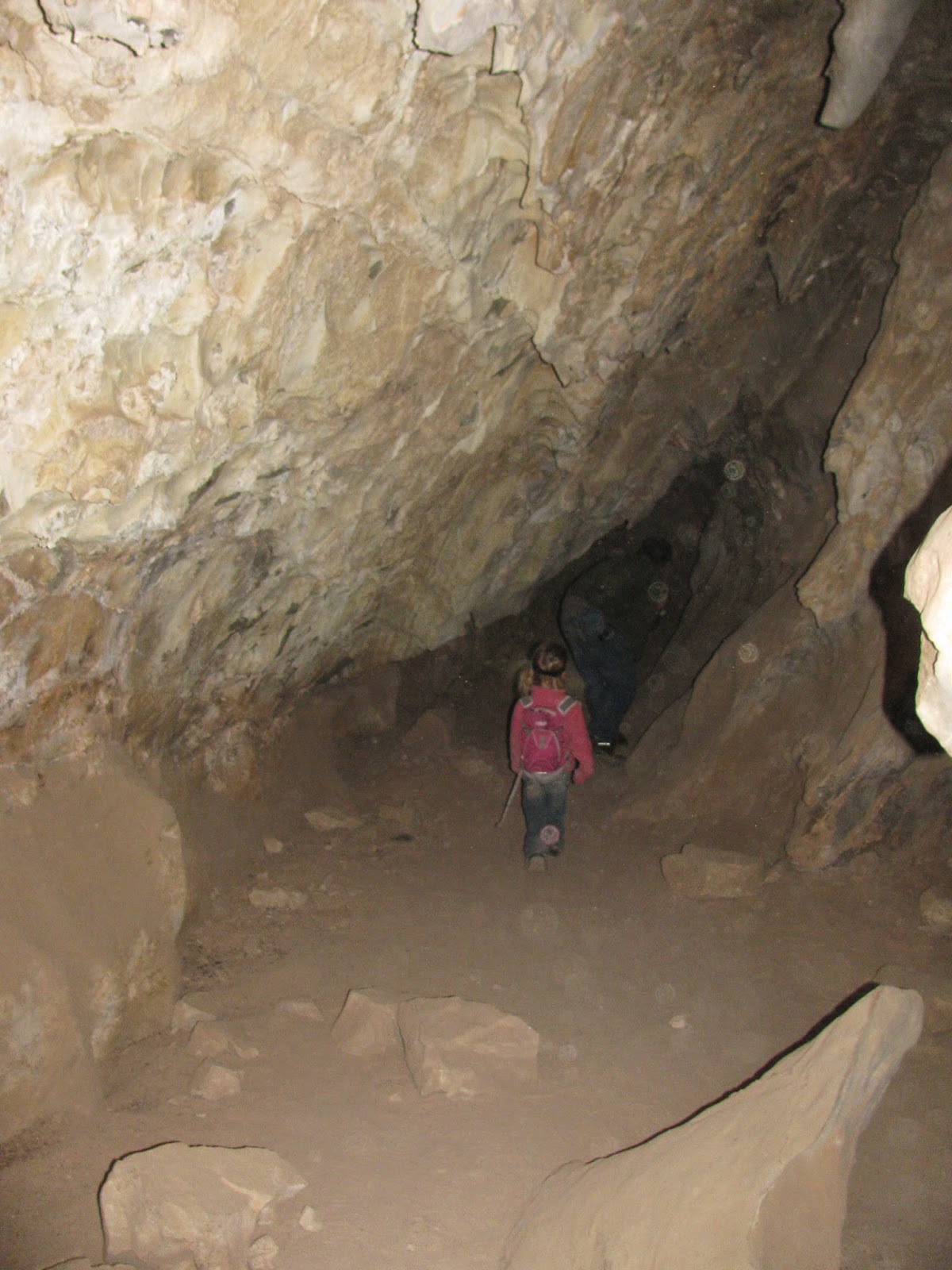 The hike is about 3/4 of a mile one way, with a  little elevation gain.  When you finally make it to the cave, you can look down a steep rocky incline into the cave.  We like to take a moment or two to have a drink and a snack before going in.  Then we get out our headlamps, and descend into the the darkness.  The cave is dry and dusty and is really straightforward.  It is impossible to get lost.  There are a few small side passages that are fun to explore, but at the end of each you have to turn around to go back to the main cavern.  The cave has two entrances, but the one on the east side was blocked off by the park service.  I was told that it's steep and rugged once you get outside on the east side, so they blocked it to keep people from going out that way. 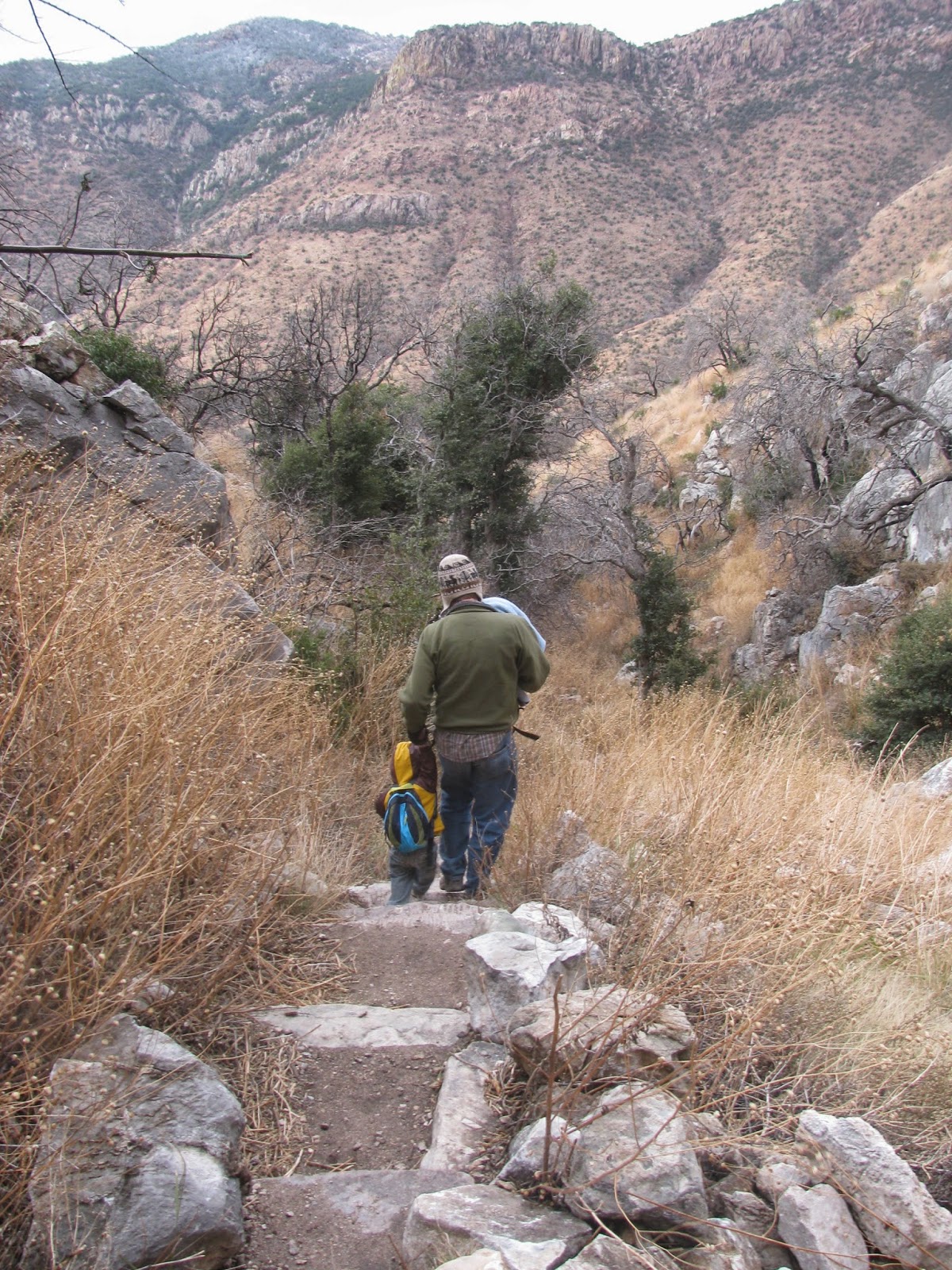 Unfortunately, the cave has been heavily damaged.  There are virtually no remaining formations, except for a large stalagmite coming up from the floor.  It's dark, dusty and fun for everyone.  Except maybe if you're afraid of the dark or have asthma.  Then you probably wouldn't enjoy Coronado Cave.  But everyone else, especially kids really like it.