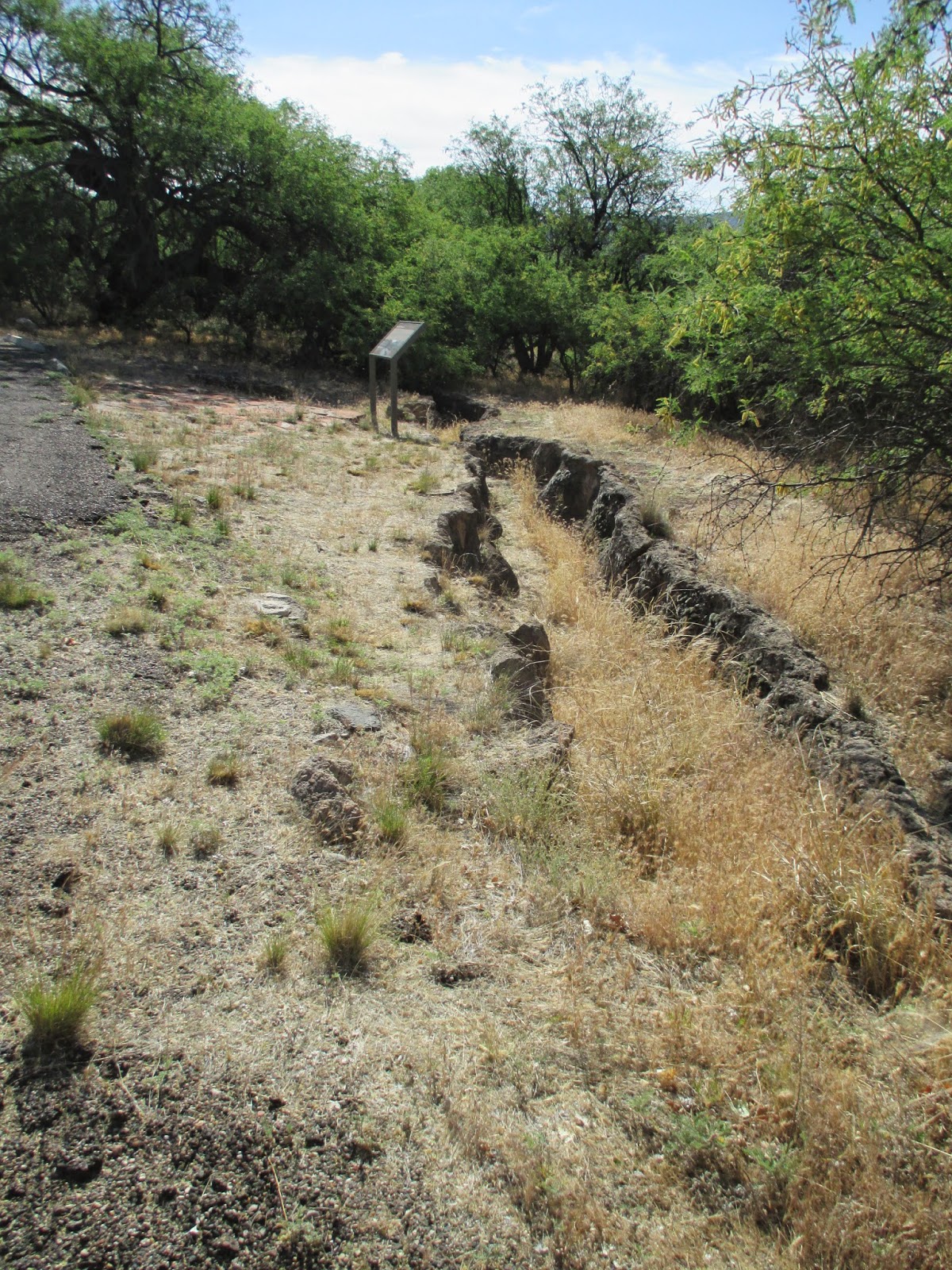 I really enjoyed our stop at Montezuma's Well.  We stopped at the picnic area first to let the kids run around and blow off some energy.  While we were there, we found some oyster shells on the ground, so we asked one of the employees who said they were Chinese Star Oysters that were brought in by the Chinese workers at the mines in Jerome.  Apparently they are pretty common in the area now.  There was a small garden plot at the back of the picnic area that was a demonstration on Hopi gardening.  There was corn, melons, squash, cotton, and several other plants growing in the garden.  A short walk up the hill from the picnic area shows part of a prehistoric irrigation canal.  The canal was part of a much larger network of canals built by the Sinaguan people around 1000 years ago.  The canal is lined with travertine deposits, deposited from the high mineral content of the water over time, effectively making the canal walls nearly waterproof. 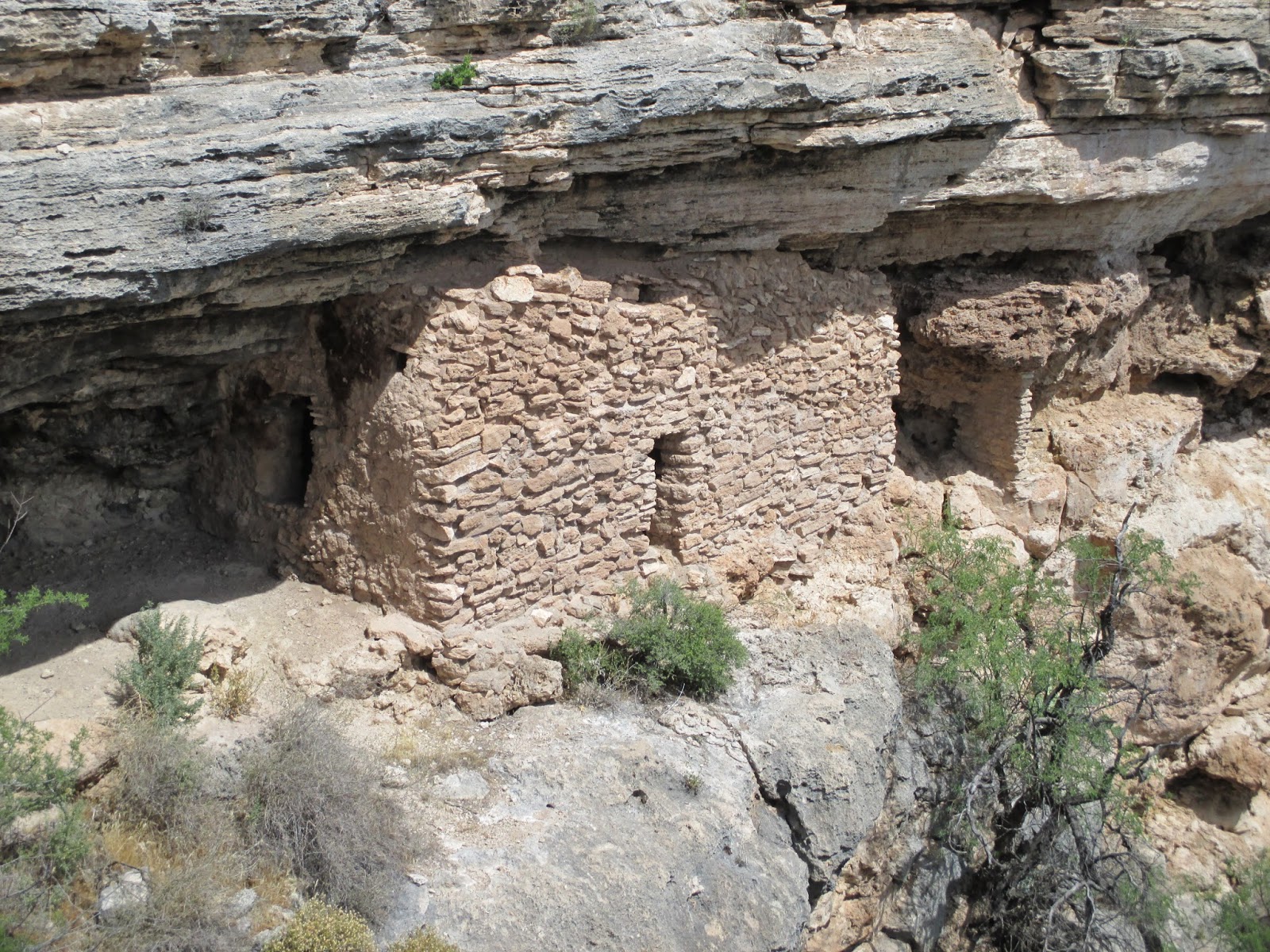 Over at Montezuma's Well, there's a large spring in a depression, surrounded by several ruins built into the cliffs.  With a flow rate of nearly 1.5 million gallons a day, it's a very dependable, but somewhat treacherous water source.  The spring water is high in arsenic, so drinking too much of it could give someone serious health problems and possible death.  The nearby waters of Beaver Creek don't have that problem, and probably tasted a whole lot better because of a lower mineral content. 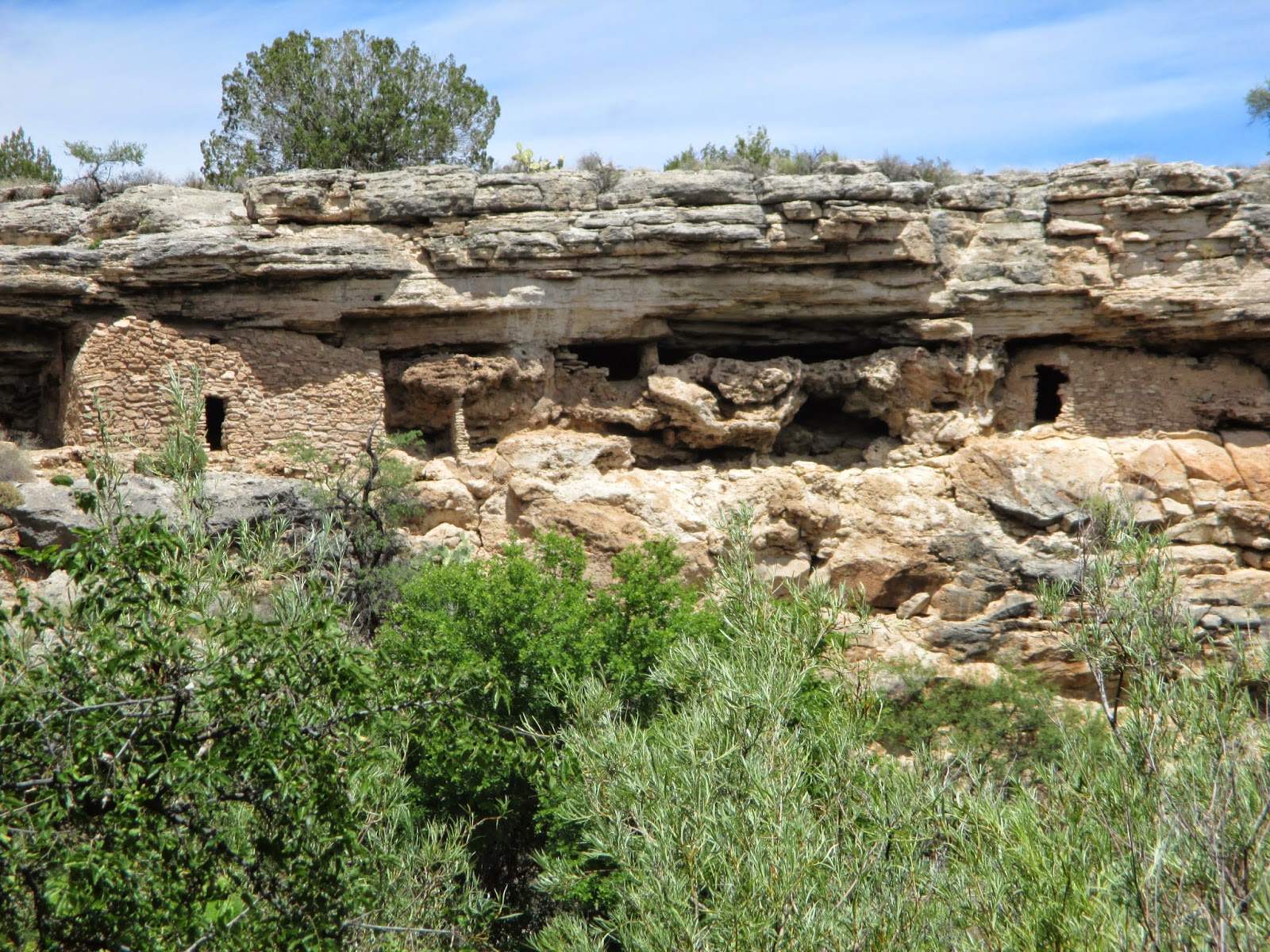 The ruins were built by the Sinaguans, and consist of  several rooms build into the low cliff overhang, as well as a pueblo on top of the rim.  A sign indicated that the Sinaguans didn't originate here, but came from Sacred Mesa several miles away to the east. 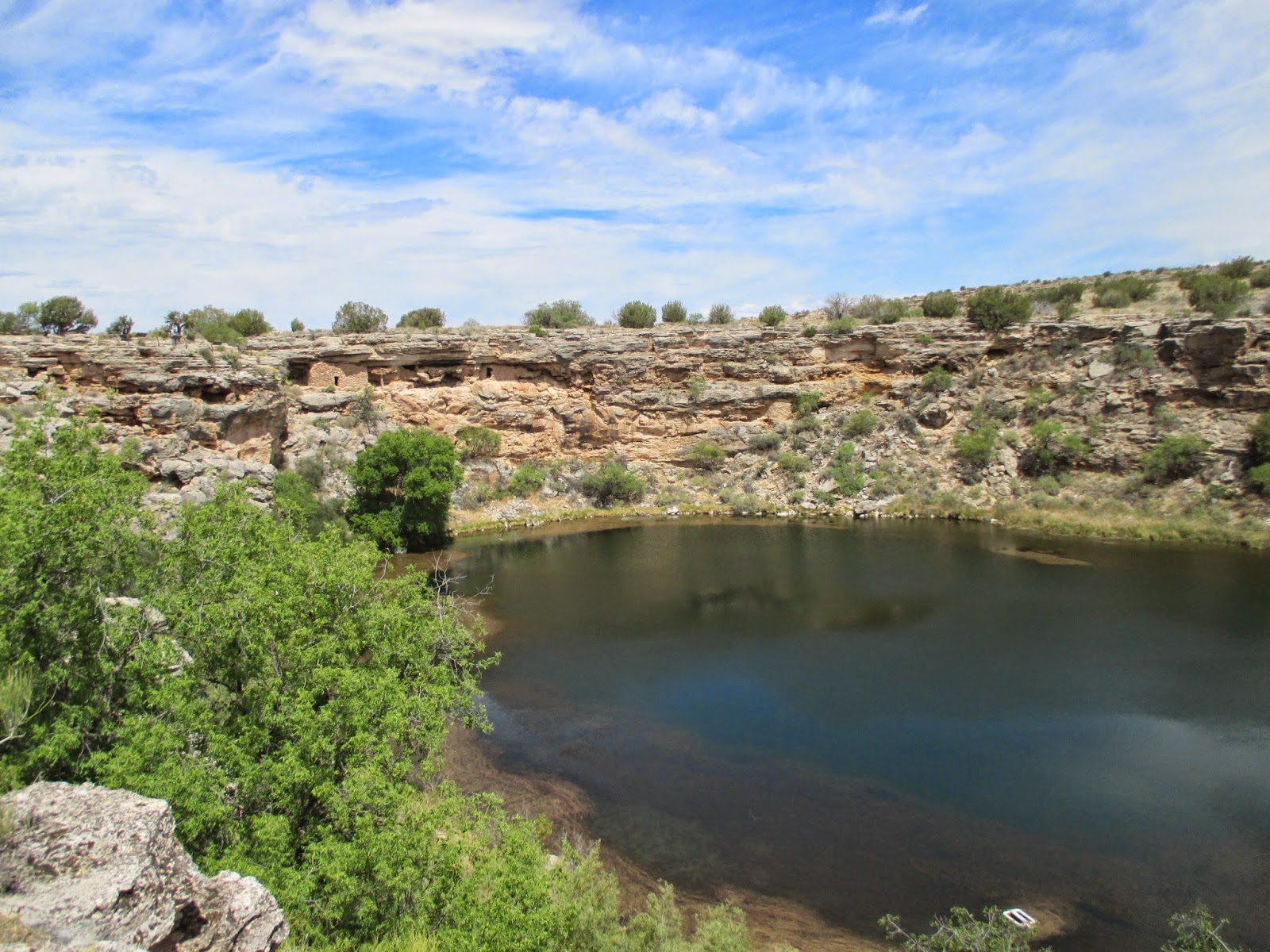 Here's a better picture of the well.  See if you can identify any cliff dwellings around the pool.  The pool looked to be about an acre in size.  It naturally moderates its level through several cracks and outlets around or near the surface of the pond.  The pond is too highly mineralized to support fish, but contains snails, leaches, waterbugs, and a few other small creatures, some of which are only found here at Montezuma's Well.  We walked down the inner trail into the crater to the outlet and a small ruin there.  It's definitely pretty here. 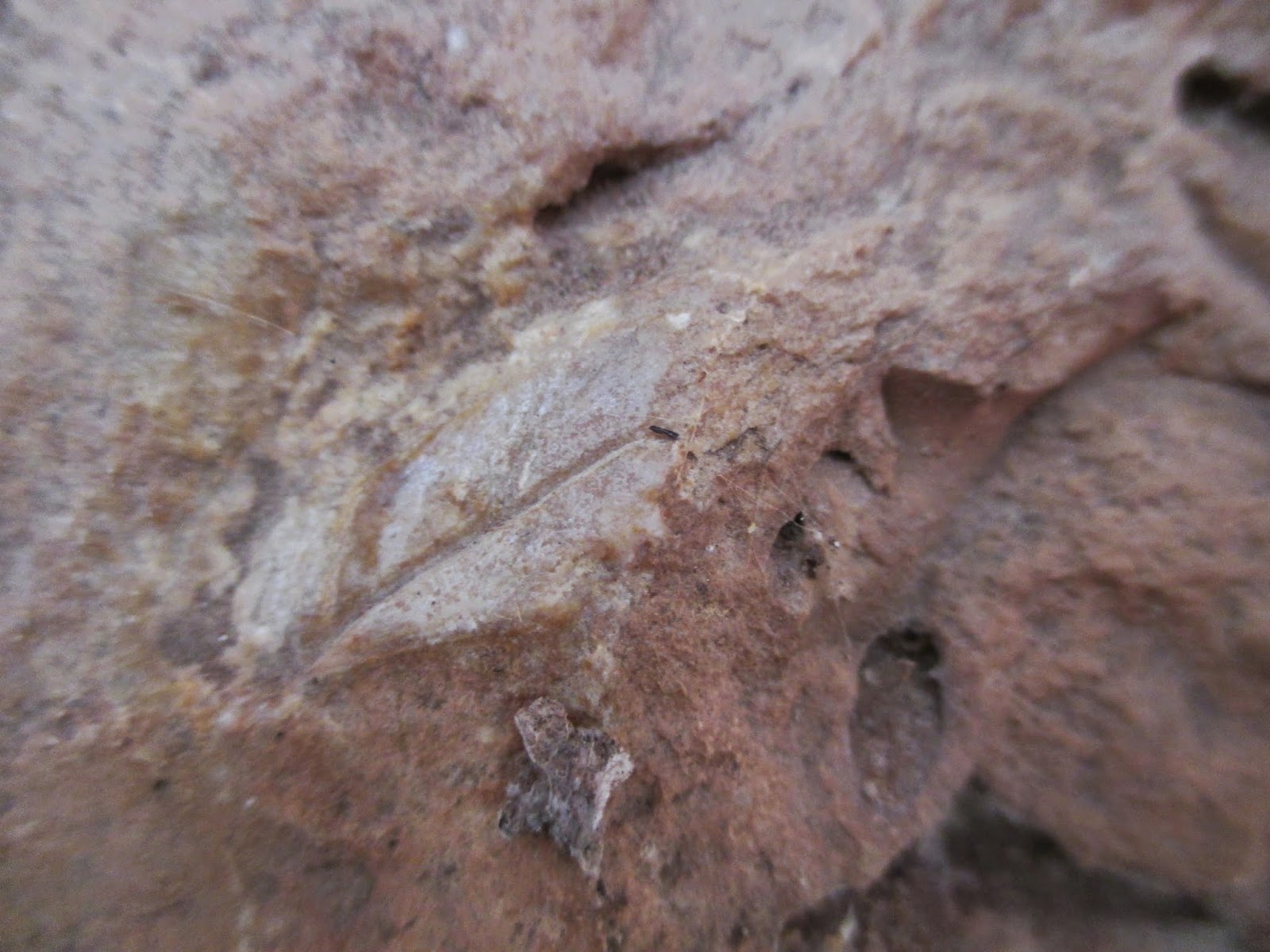 After walking down the inner trail, we climbed back up, passed the pueblo ruins, then took the trail on the outside of the collapsed travertine dome to see the outlet from Montezuma's Well.  Along the path we saw several leaf fossils in the travertine. 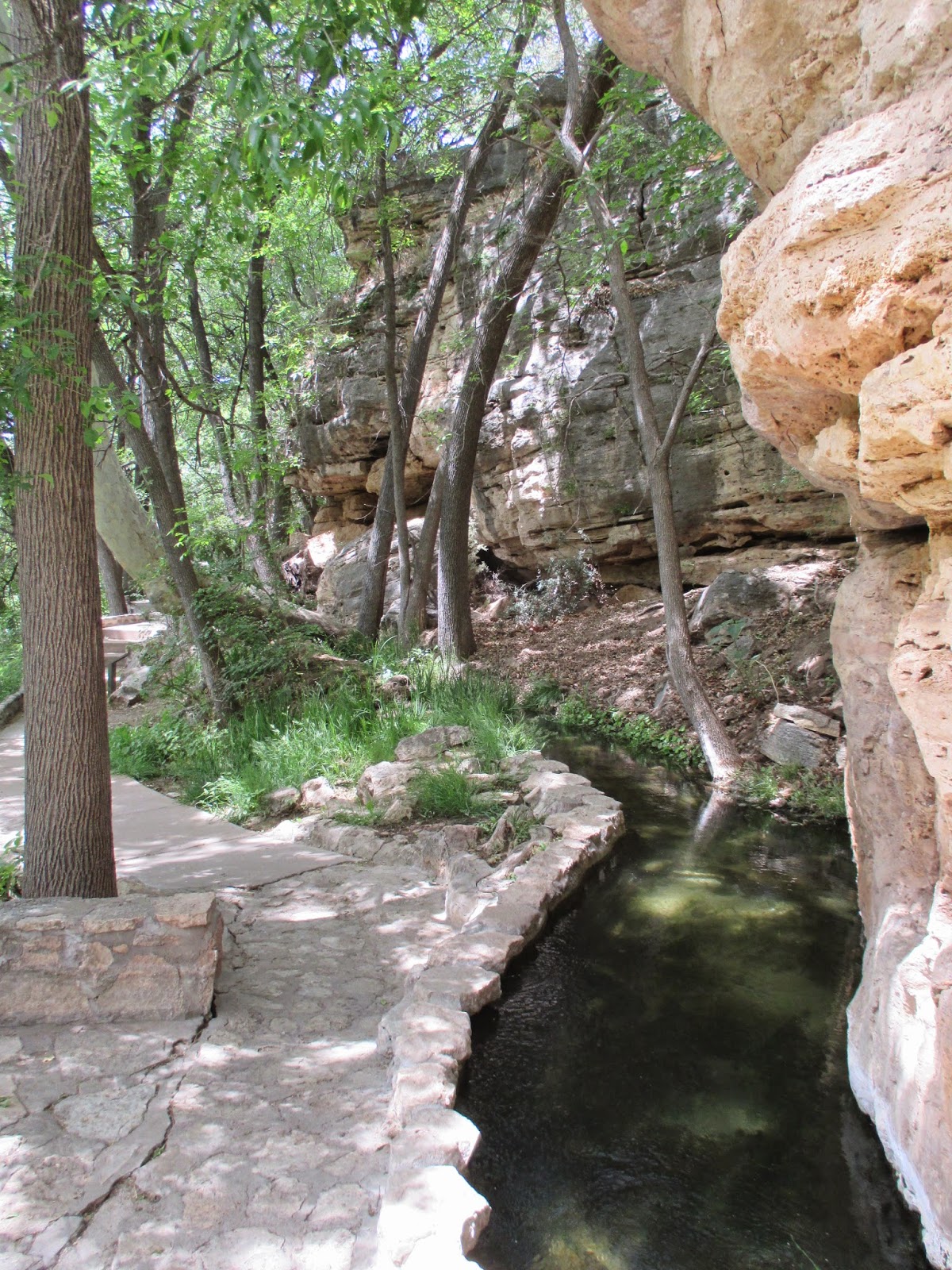