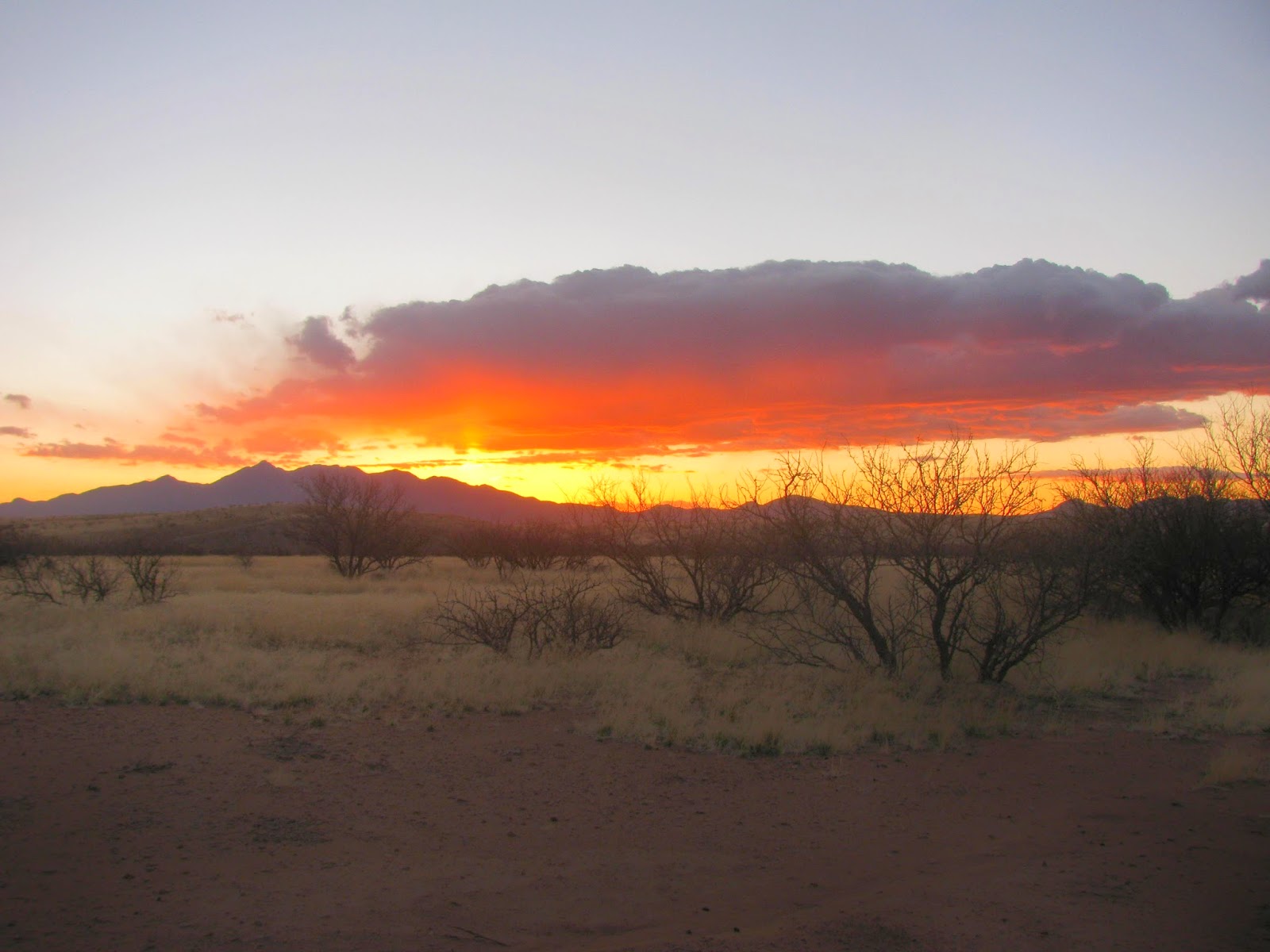 In March we needed another camping trip.  While driving to or from Sonoita I'd noticed a sign saying Las Cienegas National Conservation area off to the north side of the road and was pretty intrigued by it.  After looking on the Las Cienegas National Conservation Area Website, we were certain that camping was allowed, so we loaded up and off we went.  We found ourselves at the Road Canyon Primitive Camping area and had the place to ourselves.  The amazing thing about southeast Arizona is the complete lack of competition for good camping areas when it's nice out.  There are a few places like Pinery Canyon in the Chiricahuas, or the west face of the Dragoon Mountains that pretty much always have people camping there, but outside of that you can find a great place to camp pretty easily and as likely as not have the place to yourselves.  If this was Utah or Colorado, there would have been other campers, but as it was, we enjoyed a nice quiet evening listening to the coyotes yapping outside our tent. 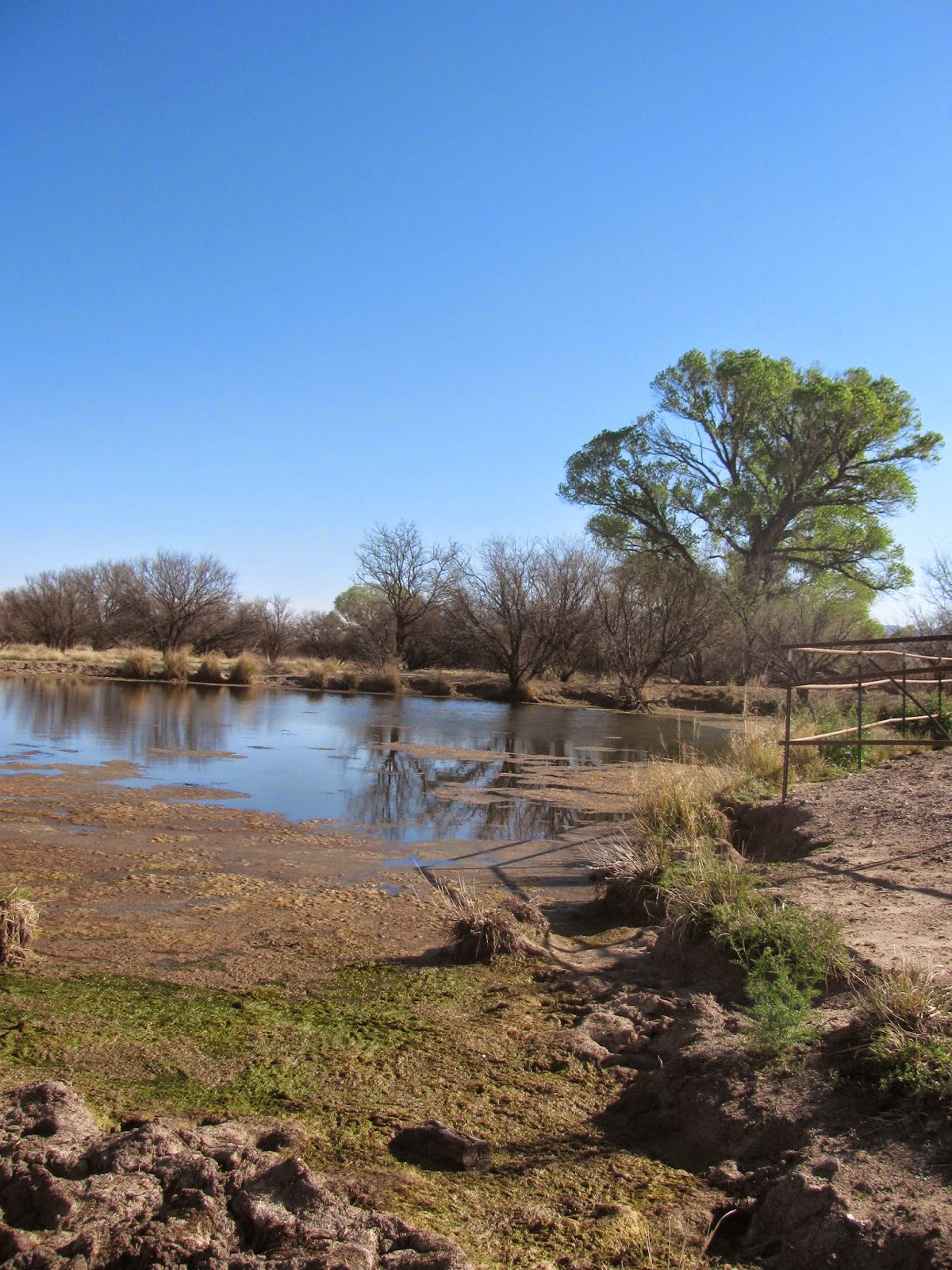 In the morning after breakfast, we drove north to look for the Empire Ranch.  On the way we stopped by Cottonwood Pond.  In warmer weather there's a population of Chiricahua Leopard Frogs that call the pond home, but it must have been to early in the spring for them to be out of hibernation.  We walked around the pond then loaded back up to continue toward the Empire Ranch.  Along the way we passed a large number of trucks and trailers hauling mesquite off to be processed into furniture, firewood, and who knows what else.  The BLM is trying to clear the area of the mesquite to restore it to a grassland area for the pronghorn antelope. 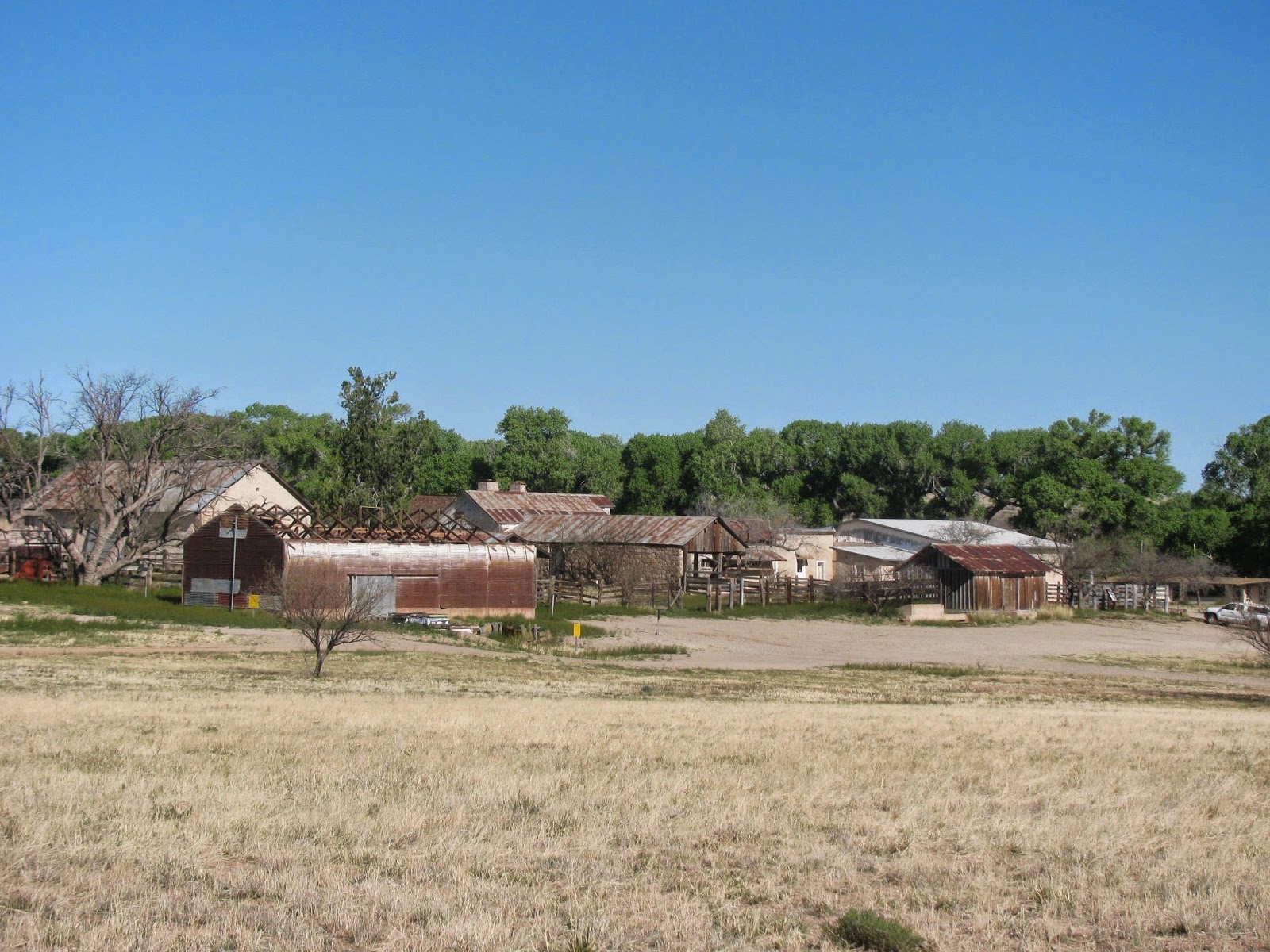 Finally we found the Empire Ranch Headquarters.  Almost the entirety of Las Cienegas used to be part of the Empire Ranch.  The ranch was a cattle ranch up until a few years ago when it stopped running cattle.  Now it's just an old ranch with a small museum. We enjoyed walking through and wandering around the ranch and learning about life as a cowboy in the late 1800's and early 1900's. 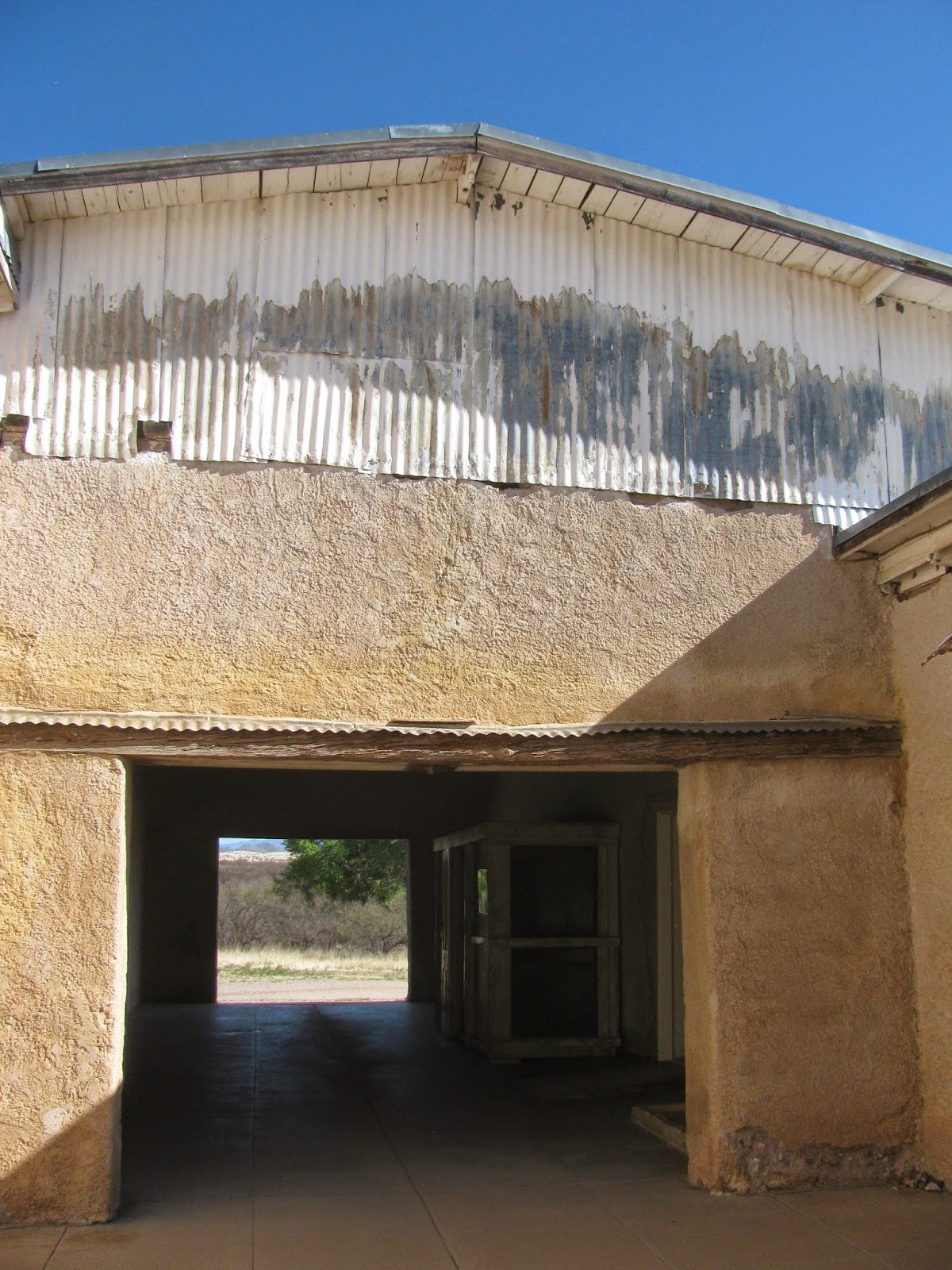 This breezeway was the original entrance to the corral.  To keep Indians and wild animals away, the only way to get to the corral was to go through the breezeway, past the windows of the two ranch owners located on either side.  One of the more interesting stories we read was about a cattle drive from the Empire Ranch to California.  The railroad was in place, but jacked up their prices and the ranch owners didn't want to pay the outlandish prices, so they gathered up the cattle and the boys and rode the dusty trail to California with 900 cows.  The ultimate result of the drive, in addition to being a success for the ranch, was the railroad dropped it's price for freighting the cows by the time the next herd was ready to go. 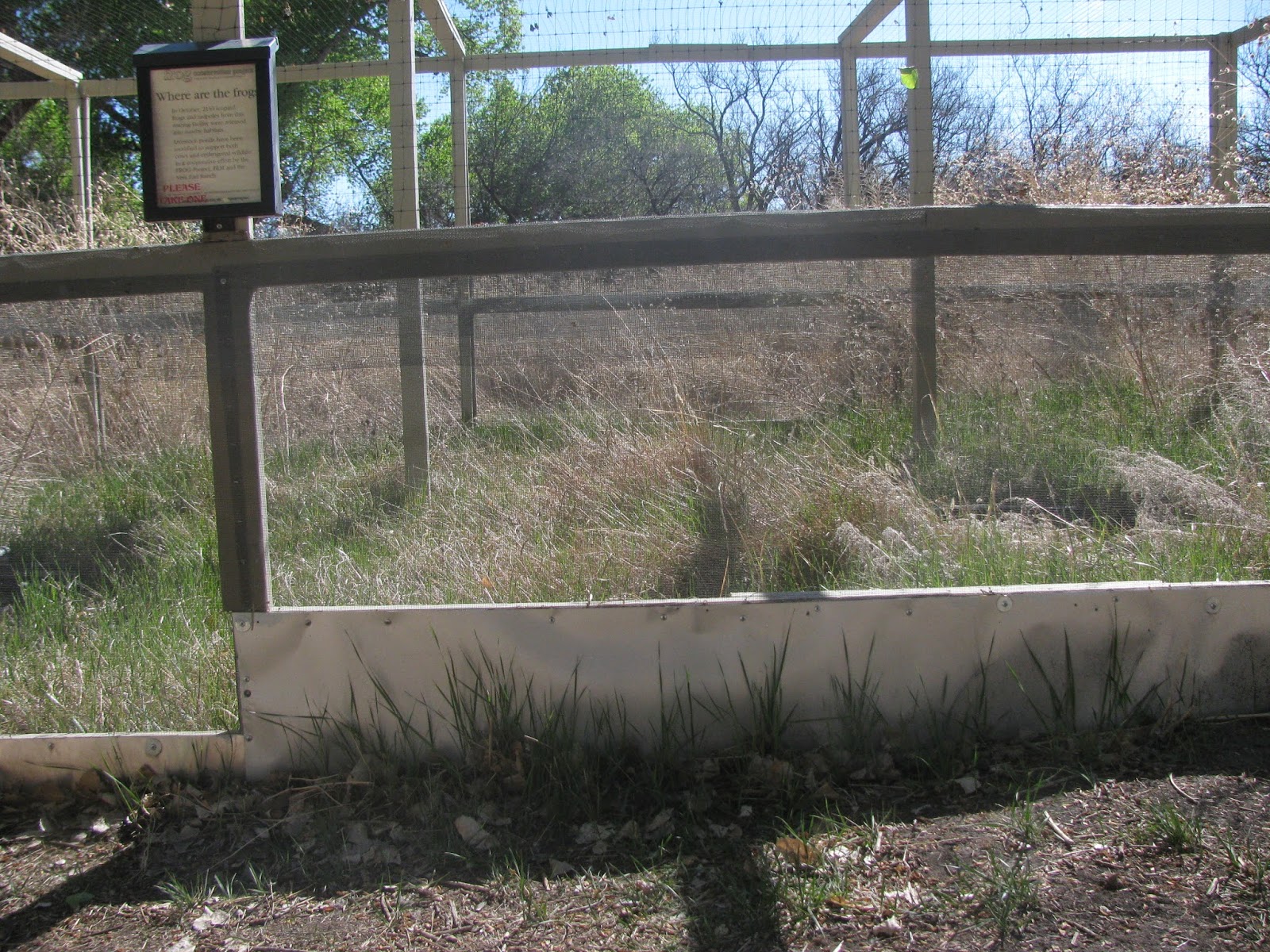 We took a nature walk down into the Empire Gulch and saw these frog raising pens.  They were all empty because the BLM had released the Chiricahua Leopard Frogs raised here in other locations to help keep them off of the endangered species list. 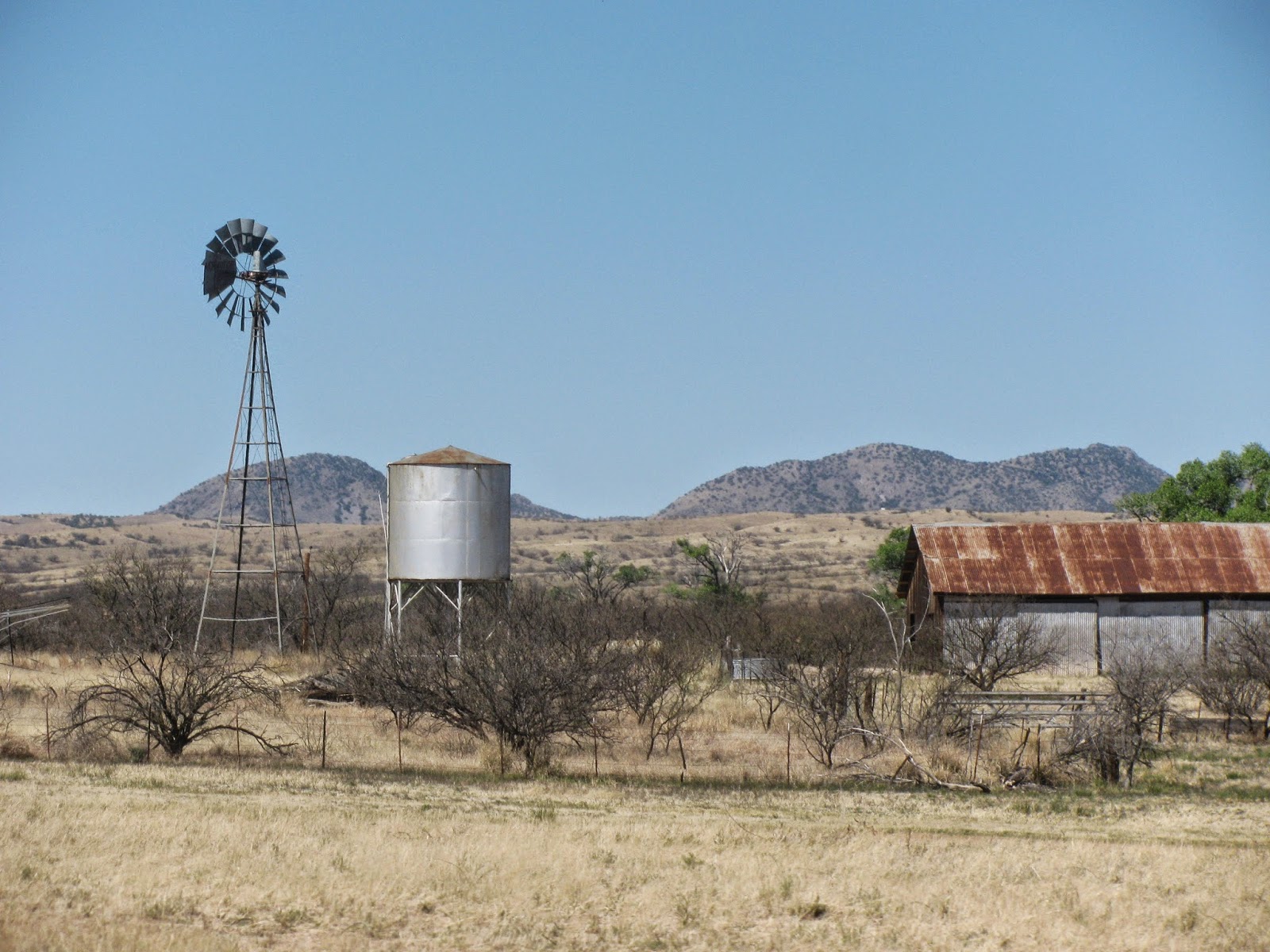 We really enjoyed the Empire Ranch and Las Cienegas.  There's a conservation organization set up to preserve the Empire Ranch called the Empire Ranch Foundation.  I really like the west side of the Whetstone Mountains and the grasslands down this way.  It's amazing how varied the landscape is here in the area.  There are other things to see that we didn't get to,  but the Empire Ranch Headquarters is the main attraction here.  I heard that somewhere out this way is a cabin that the BLM or Forest Service used to rent out to overnight guests, but the drug cartels pretty much monopolized the place, so the BLM/Forest Service stopped renting the place out.  It would be fun to go track it down, along with another cabin or two out here.  There also were a few John Wayne westerns shot here on the ranch.  I need to find out what ones they were and try to recognize the locations in the film and match the site today. There's always more out there to see and do!