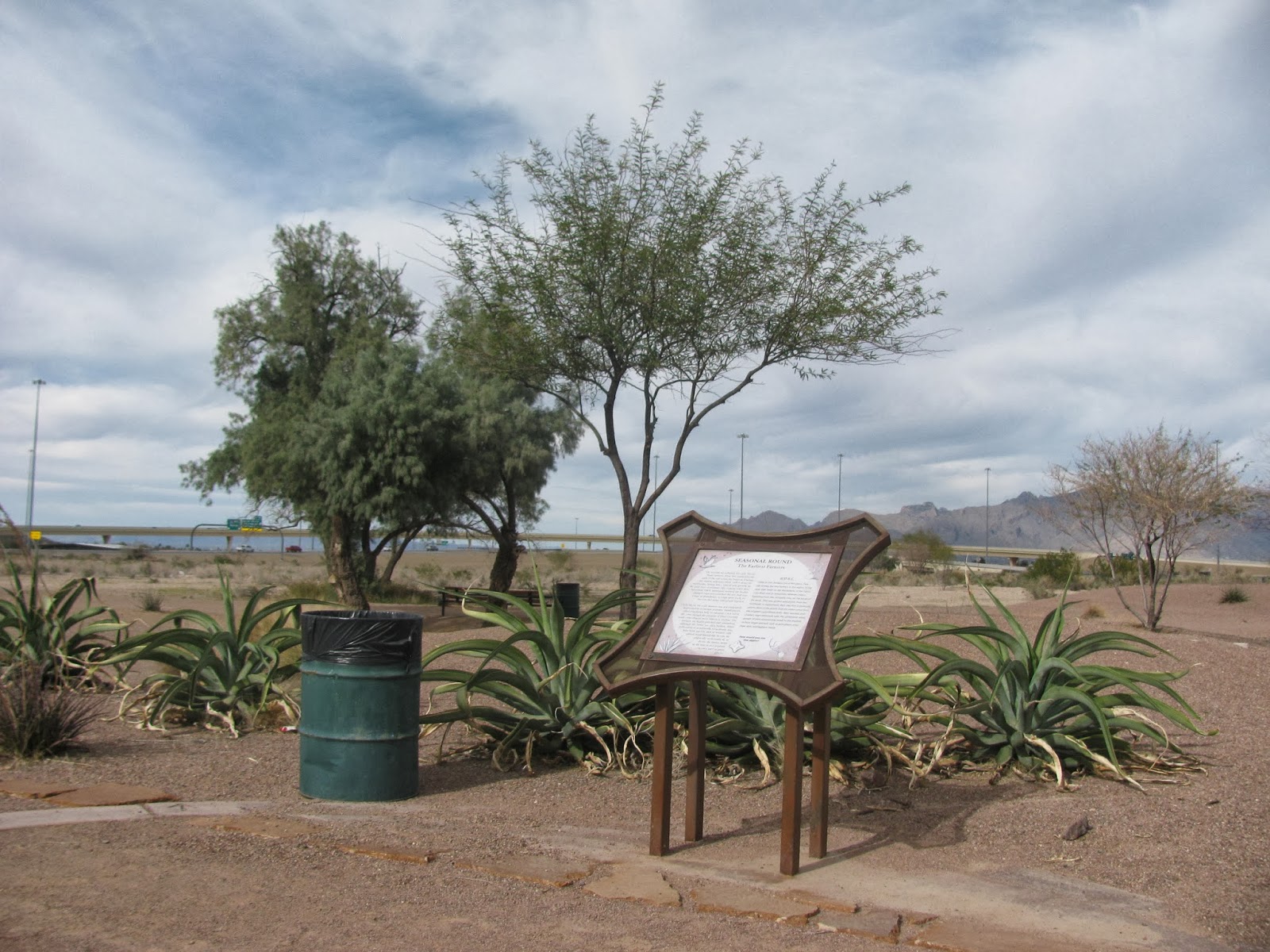 While I was researching for our trip to Tucson, the Julian Wash Archeological Park showed up on Google Maps.  I'd never heard of it, so I dug a little deeper to see what I could find, which wasn't much.  So I bookmarked it and decided to stop by and see what it was all about.  Archeological Park- it couldn't be too bad with a name like that!  Basically, the park is located in the South east section where I-19 and I-10 merge.  If you look off the freeway and into the open area you're looking at the Julian Wash Archeological Park.  Getting to it is as easy as taking the Ajo Highway east from I-19 to (I think) 16th, then going 1/2 mile north. 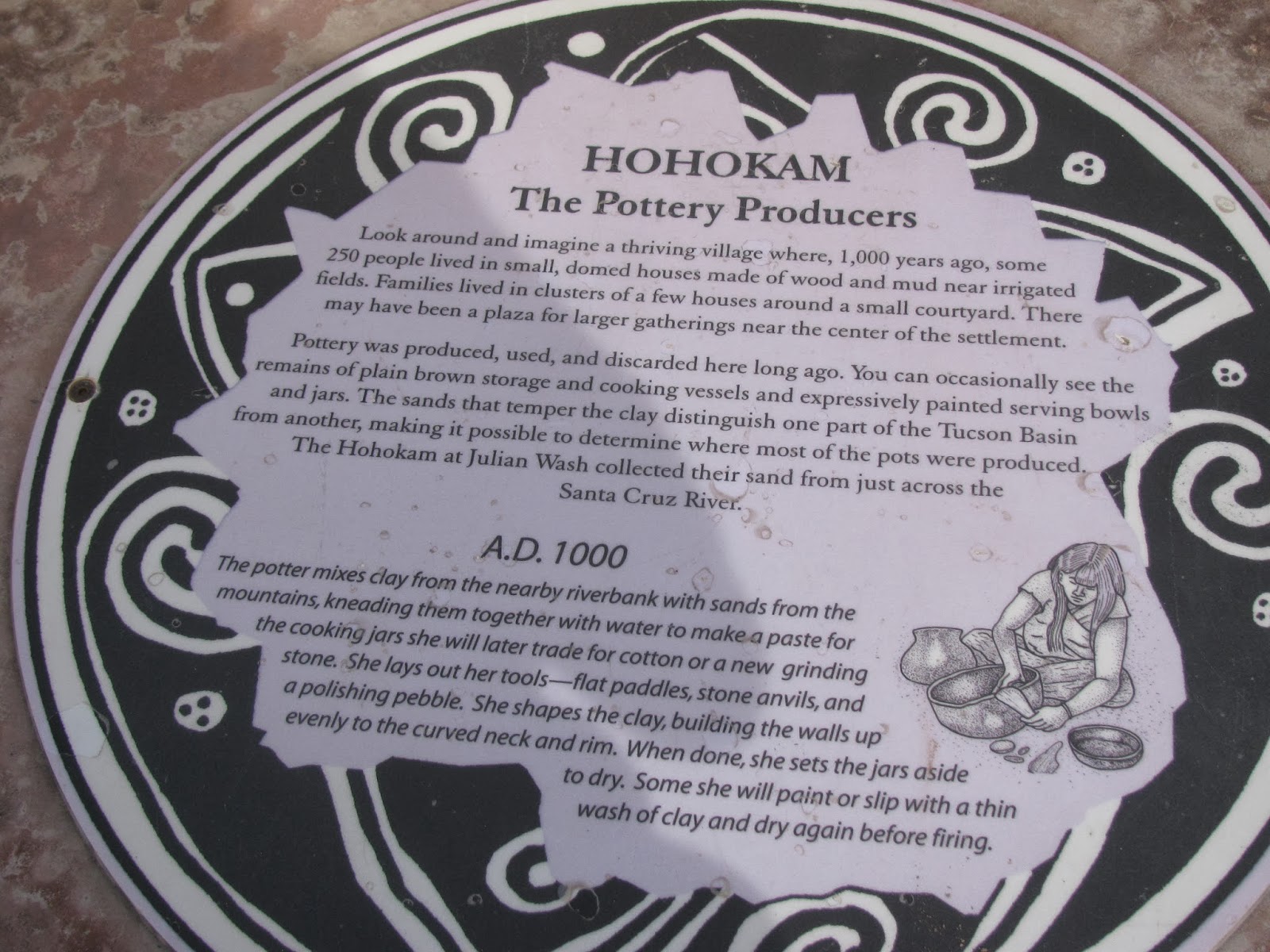 The park isn't much other than a few signs telling about the area and it's past occupants.  Hohokam farmers, castoffs in the Spanish era, followed by a Catholic school  all occupied at one time or another the land adjacent to Julian Wash.  Now there is a park that's mostly dirt and gravel with a few trees and signs. 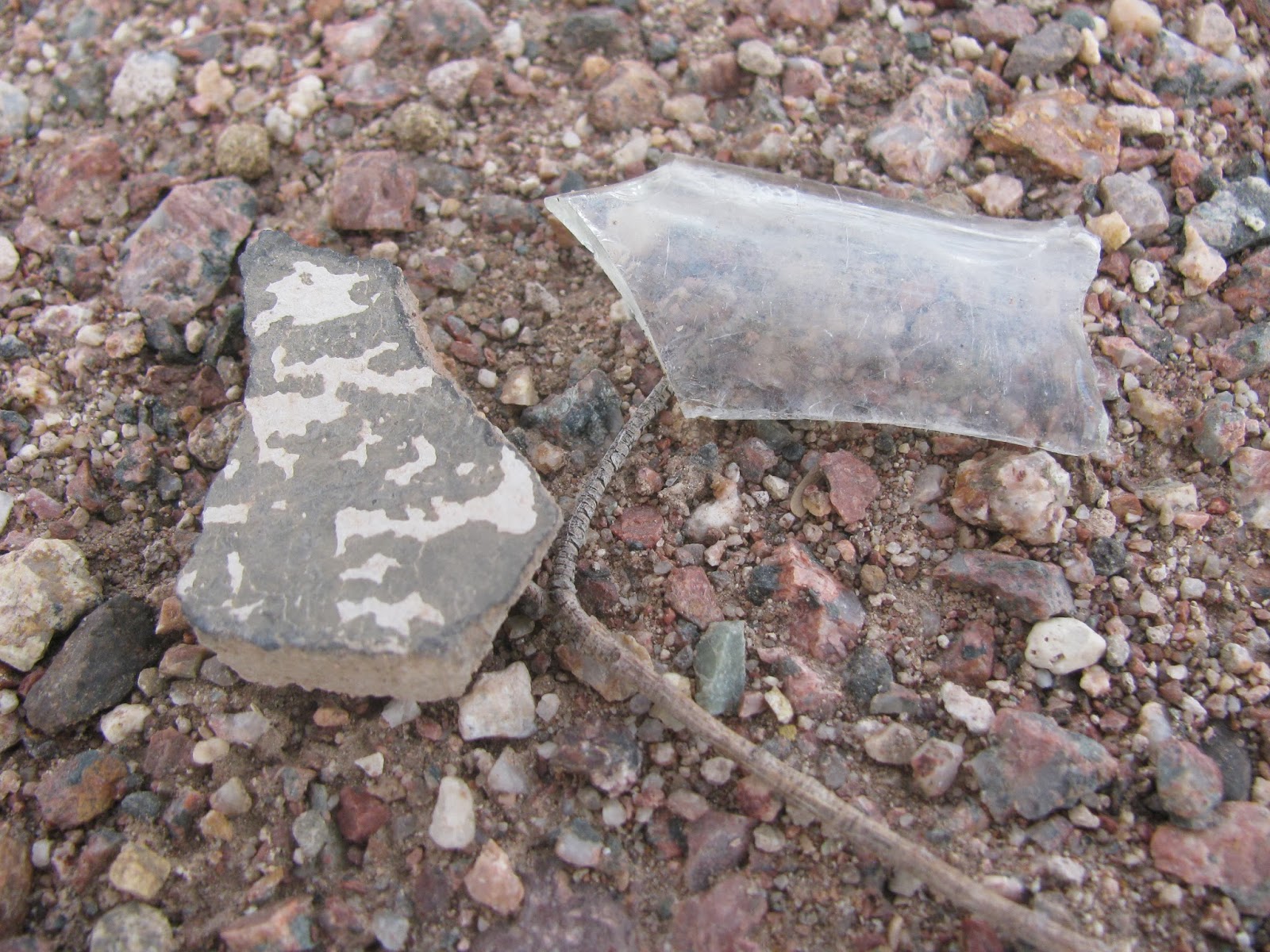 We wandered around a little bit and I saw a broken piece of an old bottle and bent over to pick it up and look at it.  As I was bending to grab it, my wife swooped in and grabbed a pottery shard that was about 8 inches away from it that I hadn't even noticed.  We looked at both of the artifacts, then put them back, hopefully for someone else to find and enjoy for a few minutes before replacing them themselves. 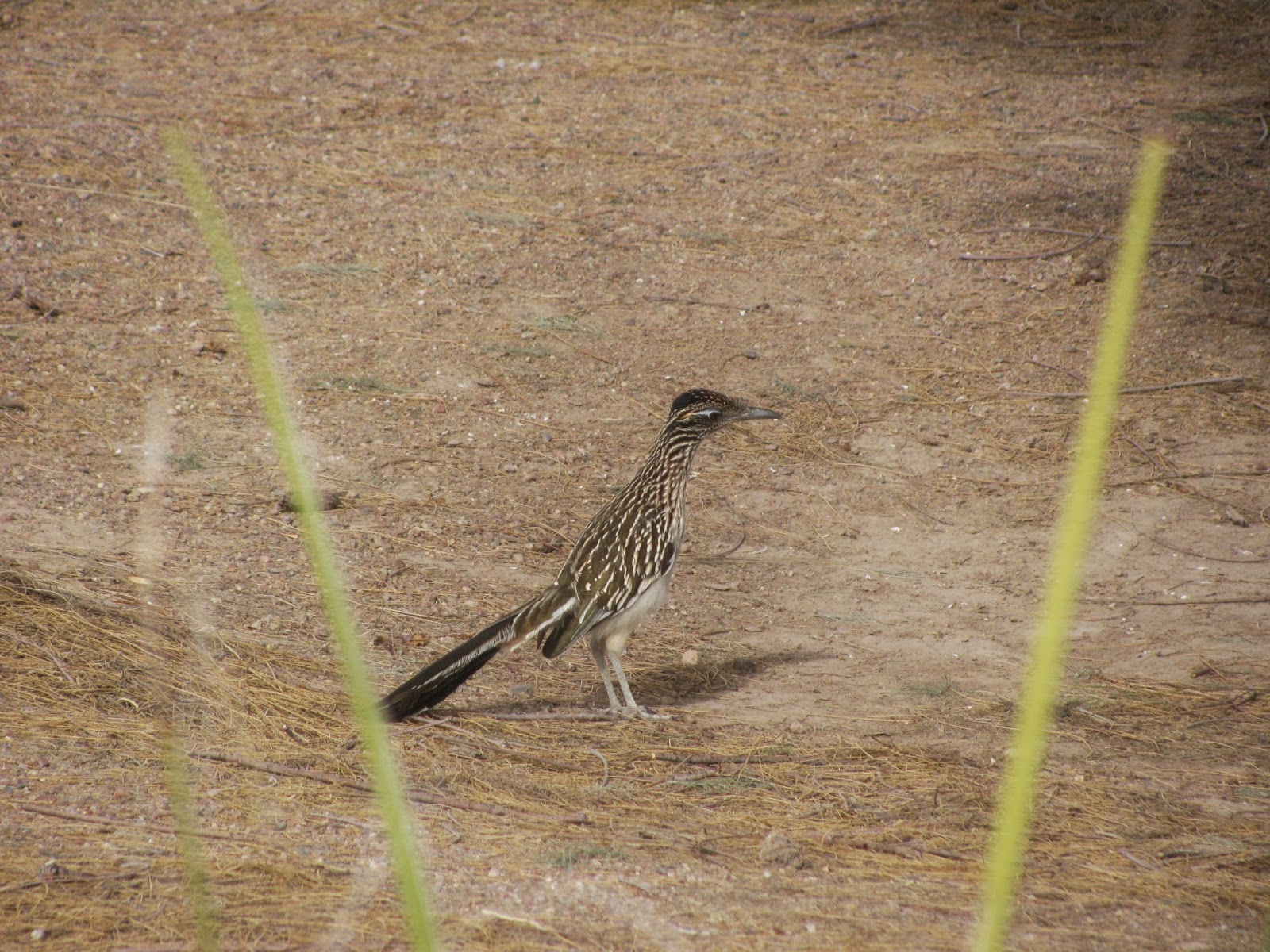 We also saw a roadrunner while we were there.  The Roadrunner is NOT Arizona's state bird, the Cactus Wren is, but they're still fun to see.  I think that the saying "Gold is where you find it" could just as easily be about Roadrunners, ie Roadrunners are where you see them.  Unexpected and unpredictable, they still are fun to see.
Nearest City: Location: Tucson, AZ
N° W° Time Needed: Difficulty: Kid Friendly: Additional Info:
Posted by Ben at 6:44 AM