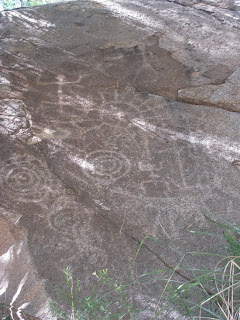 North of Tombstone is a collection of petroglyphs at the intersection of two washes.  I don't know how old the petroglyphs are, but I'm sure they were inscribed long before the Earps and Clantons had their date with destiny at the O.K. Corral.  It's a spot that I never would have found, except for the lucky fact that someone put a geocache there.   Since I'm always a fan of cool and unique locations, I had to go and find it for myself.  At the end of September, we went camping out at the Dragoon Mountains, and on the way home, did a little detour to find the petroglyphs. 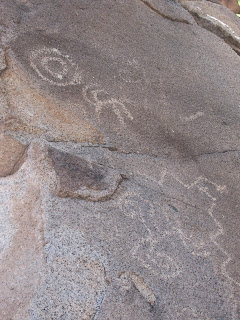 Like I said, they're  located where two washes join forces, near an old railroad grade.  For most people, it would probably be easiest to start at the Schifflin Monument, hop a fence or two, and 1/4 mile later, be at the site.  Or drive down Lonely Lane and then follow the old railroad grade to get there. 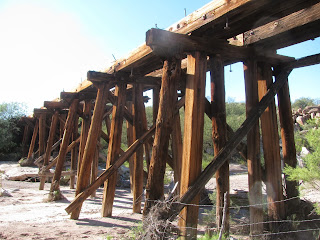 The old railroad trestle nearby is pretty cool.  It's too bad that the trains don't run anymore and the tracks have been pulled up. 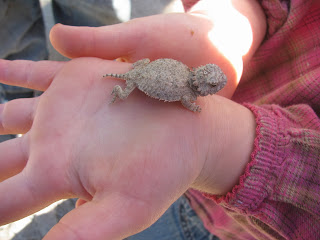