Rock Climbing and Rappelling near Bountiful

My brother-in-law has been after me for a while to go check out this place near the B in Bountiful for some rock climbing.  Our schedules never quite seemed to be able to meet up, so it took a while to finally be able to get out and go.  Saturday we made it happen. 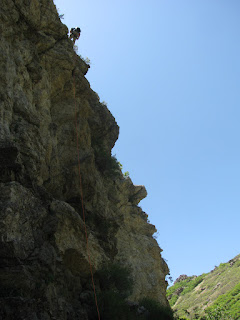 We parked at the B and a short hike later made it to the cliff.  He'd been here before and had found a few bolts in place at the top.   It looked like  there were a few routes for climbing, and a rappell that would be free-hanging for part of it.  Good stuff! 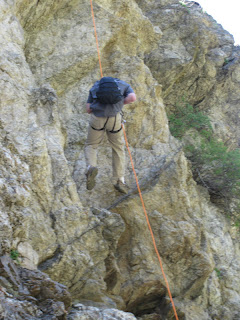 We hiked to the top, set up our ropes, then I rapped down to help out with the kids.  It was fun to dangle there for a  minute on the way to the bottom.  It always is a leap of faith to me to get past the solid rock and hang in mid-air with nothing there except for the rope. 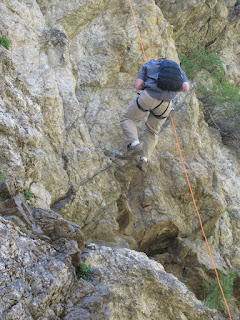 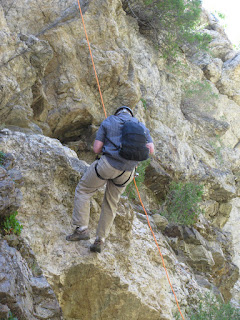 We packed up and headed down the hill.  We were late, but my wife was happy with my decision to not be more late.  I'll be back again. 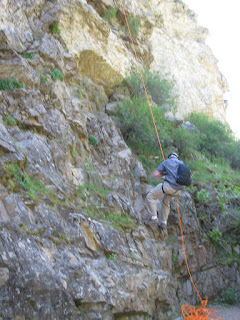 Nearest City: Bountiful, UT
Location: N° W°
Time Needed:  longer than we had
Difficulty:
Kid Friendly: Perhaps.  There's a fairly flat area at the bottom between the cliff and the creek.
Additional Info:
Posted by Ben at 9:55 AM