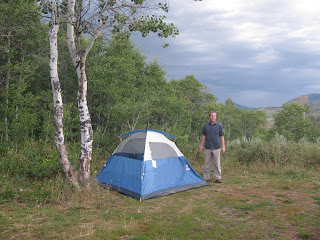 Logan Canyon has quite a few recreational opportunities.  We took advantage of the camping in one of the side canyons up there.  Typically when I go camping, I like to avoid camping in established campgrounds.  The ones up Logan Canyon were running about $17/night; a bit on the steep side in my opinion.  It doesn't make sense to me to pay that much money for a water tap, stinky pit toilets, neighbors, and walls thinner than those of a cheap hotel.  I'll go for the dispersed camping anyday! 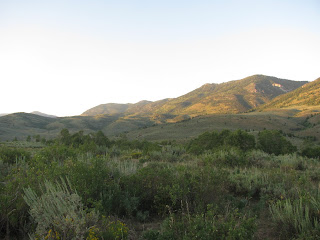 We found an amazing little campsite, just far enough up a side canyon and far enough off the road that we enjoyed a fair amount of solitude.  It was a great little site. I think that's what a scout troop thought too- they drove by several times, slowing down each time to verify that we were still there. 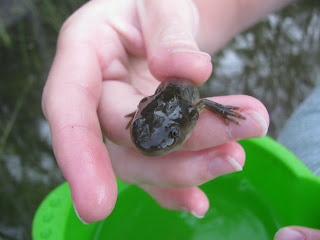 We went for a little walk and found a small pond full of salamanders.  Most of them still had their gills, but a few were grown enough that the gills had disappeared.  They were a blast to catch.  We spent a while catching salamanders, then letting them go. 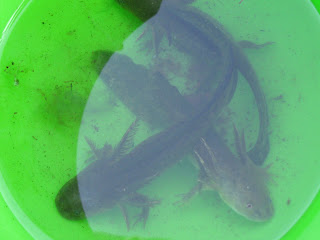 In the mud on the bank we saw footprints from a large bird that also liked to catch the salamanders.  I think it was most likely a sandhill crane that was chowing down on the salamanders.  We heard and snuck up on 3 cranes nearby.  They flew off pretty quickly, but were back again in the morning. 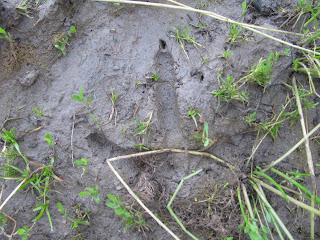