After the last visit up Baer Canyon, we left with a few potential mines and prospects unresolved.  I really wanted to get back up there to look for them.   We finally were able to get up there last week.  What a change! 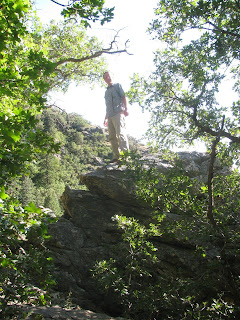 The trail was incredibly more vegetated.  Sometimes it surprises me the difference between summer and winter. 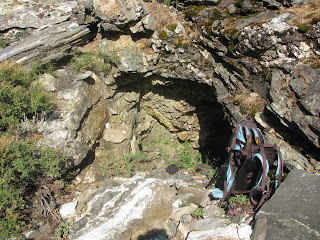 We made it up to the vicinity of the mine and did a more detailed survey of the area.  We found one potential prospect, and another definite prospect.  The better prospect hole was about 10 feet deep, and had some copper ore on the mine dump outside of it.  I brought home a two small rocks flecked with green. 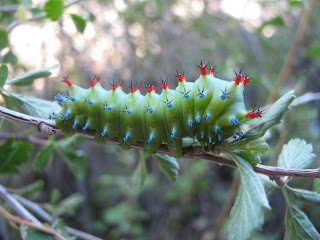 I noticed a caterpillar in a bush near one of the outcroppings that was really cool looking.  It was green, with blue and red cones on it, and the cones were each topped with several black spikes.  I've tried to find out what kind of caterpillar it was, but without any success.  I think it's for a species of sphinx moth, but can't say definitively. 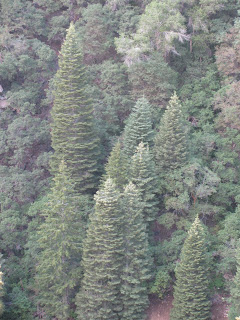 We enjoyed the hike- it sure is great to get out.  As a side note, I saw several patches of poison ivy, mostly near the stream crossings.  I also found a patch of wild black raspberries in the general area of the mine. Yum!